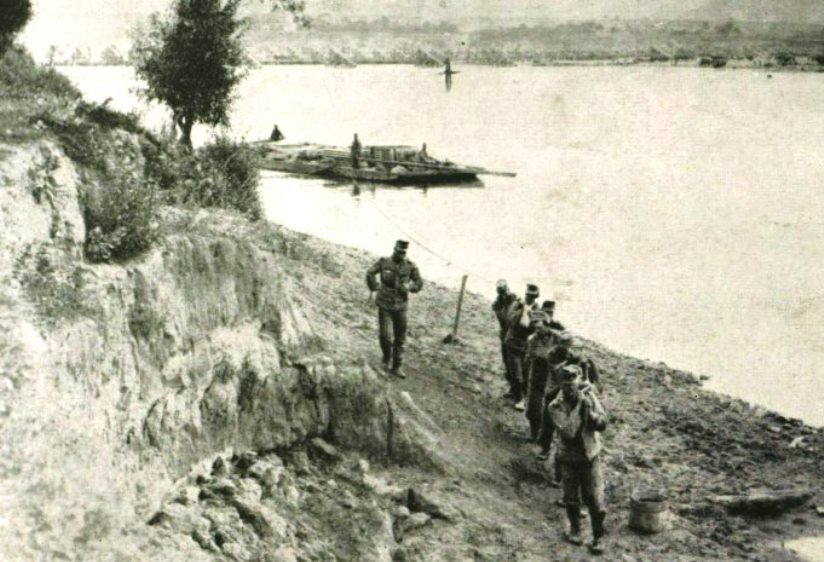 From its wellsprings in the Western Carpathian Mountains, the Vistula River stretches across most of modern-day Poland to the Baltic Sea, widening as tributaries feed it from the hills and fens of a diverse region. Before the Great War, the Vistula began in Austro-Hungarian territory, then passed through the capital city of Russia’s Polish dominion to Germany, where it empties into the sea near Gdansk. Formed during the end of the last great Pleistocene ice age, the Vistula River network was a natural prewar infrastructure of international commerce, human movement, and bustling, nascent modernity — a cultural and linguistic crossroads.

Since the outbreak of war, however, the river has been a scene of contention. Fall offensives along the San were horrific affairs, and Winter battles on the Bzura have been miserable. As the war is becoming more bitter, colder, and more entrenched, the river itself becomes a logistical lifeline. The above photo of Austrian soldiers pulling a barge on the Upper Vistula illustrates this point: much of the Eastern Front is both a fight over, and a fight via, the regional watershed. Riverine resupply has figured in the defense of Krakow and Warsaw as well as offensives by the Central Powers against the Russian bulge.

Russia has been resurgent since December, when failure to address material shortages and the hollowness of the Tsar’s military reforms had become painfully clear. Today, an attack on the Kirlibaba Pass into northern Transylvania, Hapsburg lands coveted by Romania, advances through Bukovina; another Russian army destroys the Turkish 11th Corps in Anatolia; a third Russian army pushes back towards the city of Łódź, which fell in December. Yet another strikes to the northwest along the line of the Vistula, apparently succeeding in forcing a withdrawal. But these are illusory victories that will prove impossible to sustain. 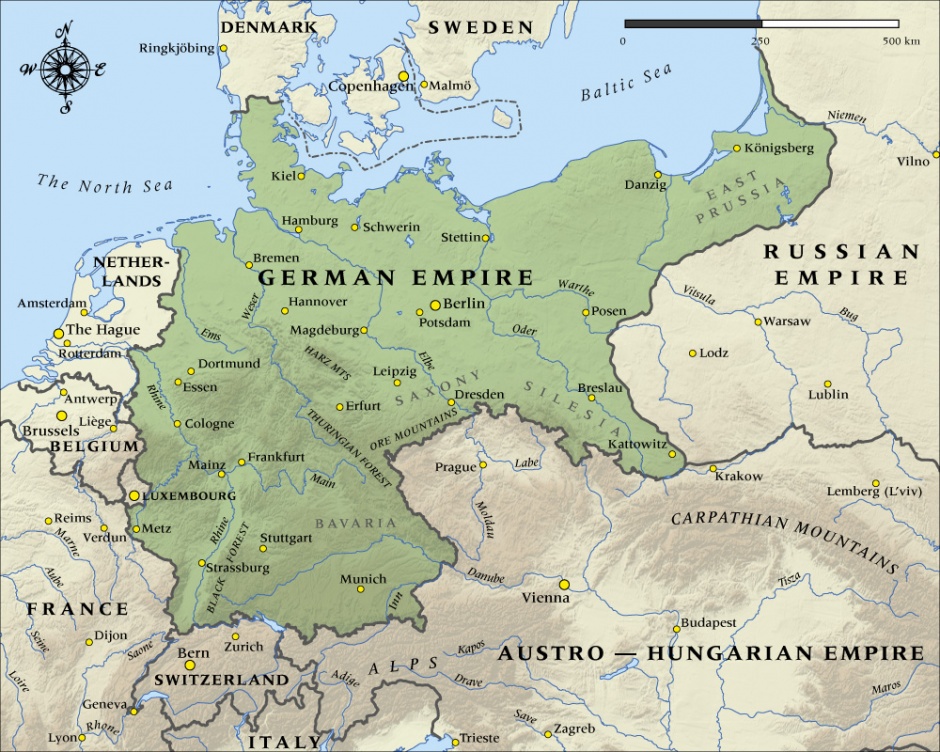 In surveying the wartime disruption and postwar landscape of human displacement amid chaos, Dr. Annemarie Sammartino describes a pervasive German concern for its ‘impossible border‘ in the East. She blames the Weimar Republic’s failure to resolve this challenge for the rise of fascism and the outbreak of a second, even bloodier war of expansion. But in 1914, the Polish salient is an impossible front for Russia. Warsaw is vulnerable from three sides, and a small forward progress towards the depth of German territory is not enough to end the war and stop attacks by the Central Powers. The illusion of progress has official sanction; Russian press releases have begun to sound like those from the Western Front, where the taking or retaking of a single trench has become ‘news.’

Within days, counterattacks will take place at all the points along the line in Poland and Bukovina where Russia had seemed to gain. Although the Tsar has millions of peasants he can feed into the machinery of war, his armies have already sustained more than a million dead, wounded, or captured men, while those reaching the front sometimes still arrive with no weapons. The bulge cannot be sustained. 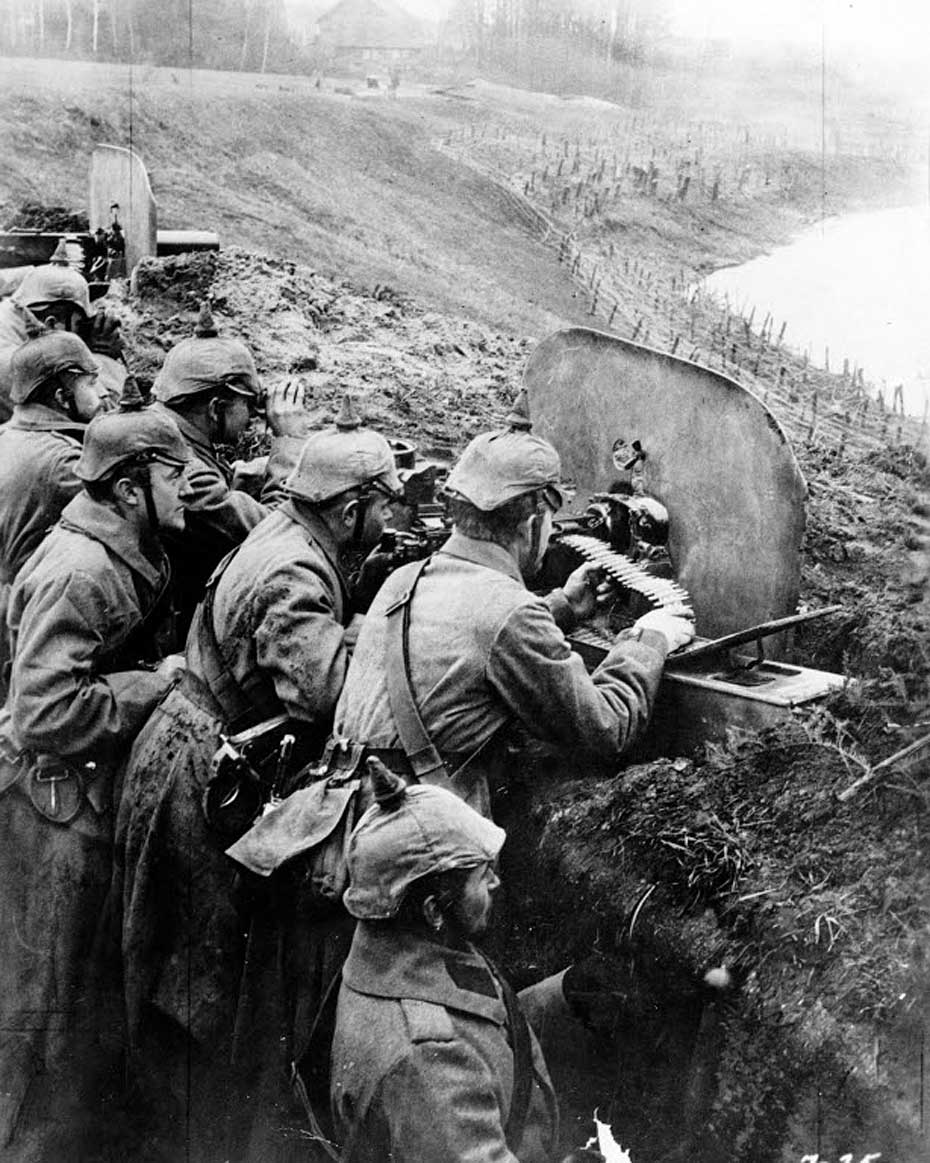 Germans man a fighting position on the Middle Vistula in 1916, after Russia’s withdrawal east of Warsaw

There is another fight going on today — a bureaucratic one inside the German general staff. A week ago, Field Marshall Paul von Hindenburg penned a memorandum to his Kaiser in a bid to reverse General Falkenhayn‘s decision to split him up from his right hand man, General Erich von Ludendorff, by putting his protegé in charge of the new Südarmee that is being built for a renewed offensive in Galicia.

I visualize this operation with the commitment of all newly formed units to the East, as decisive for the outcome of the entire war, while their commitment in the West will merely result in the strengthening of our defensive power or, as with Ypres, lead to a frontal assault with high casualties and little chance for success. Our army in the West ought to be capable of holding its position in tiered and fortified positions without reinforcements from the new corps until the final decision in the East is achieved — Your Imperial and Royal Majesty has most graciously ordered that Generalleutnant Ludendorff be transferred from me to Südarmee. Due to the fact that the senior serving general staff officer has been designated as his replacement, I believe to be permitted the assumption that the Generalleutnant’s reassignment is meant to be temporary. Since the days of Tannenberg and the Masurian Lakes, since the operations against Ivangorod and Warsaw and since the breakout from the Wreschen-Torun line, I have been closely attached to my chief. He has become my faithful adviser and a friend who has my complete confidence and who cannot be replaced by anyone.

Today, Austrian Field Marshall Conrad von Hötzendorf telegrams Falkenhayn to urge the new formations be sent to the defense of Germany’s Austro-Hungarian ally. Five days after a meeting between them turned into an angry confrontation, Hindenburg is outflanking his rival Falkenhayn in a bid to remove him as Chief of the General Staff, and this is just one of his back-channel efforts. Though he fails in his main objective, the infighting leaves Falkenhayn weaker and Hindenburg stronger. The men who fight for the ‘impossible border,’ and who fight merely to fight along it, will one day endorse the Nazi Party that sets out to resolve the issue with a second World War.