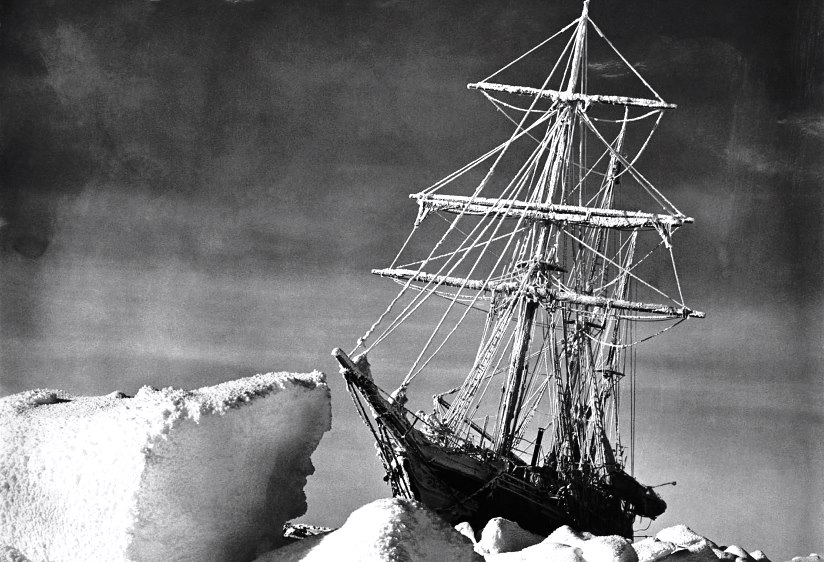 It is easy now to forget that the world was closing up a century ago — that every last part of the Earth had been claimed, with the last new frontiers of land and sea conquered. Though headlines approvingly remarked on these events as signs of human progress, there was also a widespread sense of unease and discontent left over from the turn of the century (fin de siècle). Philosophers, writers, and moralists worried that the successes of human civilization had ultimately weakened mankind, draining his vital energy away into decadence and despair. But there was a diversity of reactions to the closing of the world and the widespread impression that no new adventures were left for men to test themselves.

One was fascism, which sought to reassert the irrational power of emotion and sentiment over the cold reason of science. Like the ancient Pictish warriors who believed their blue body paint would protect them from Roman steel, fascism posits that material limits can be overcome through the power of the will by a rejection of liberalism and modernity. In Germany, where population growth and the closing of the world led to Malthusian worries and enhanced the government’s desire to enlarge German territory, a false scientism was taking hold that excused all sorts of evils for the ‘greater good.’ Modernism, the artistic and literary movement which achieved prominence after the war, sought to make the world new again by rejecting the bourgeois values of the industrial era and reexamining the world as a series of aesthetic phenomena.

But for Ernest Shackleton, the age of exploration is not over; one last great adventure beckons. The Imperial Trans-Antarctic Expedition is a daring attempt to cross the southernmost continent by way of the South Pole, landing on the Atlantic side and emerging on the Pacific side. But Shackleton isn’t just testing himself, or putting the exclamation point on a bygone era: he is expunging the demise of Captain Robert Scott’s expedition after they lost the race to the pole to Norwegian Roald Amundsen’s party in 1911. 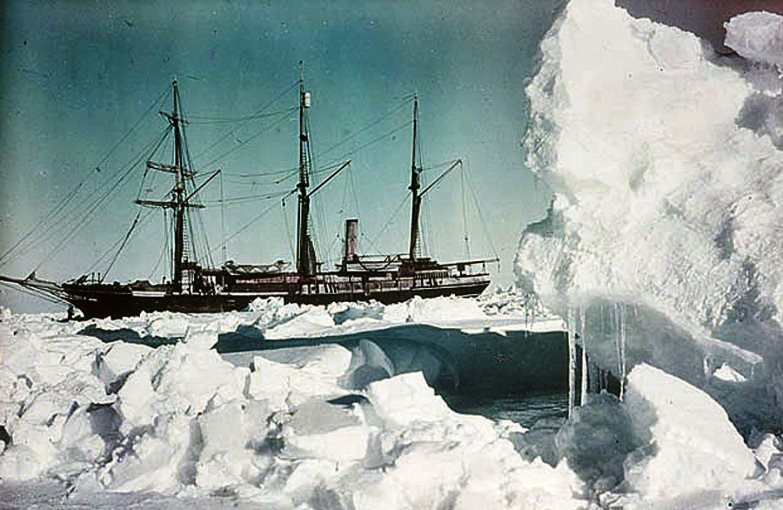 The Endurance trapped in ice. Shackleton and his men were forced to ride out the Antarctic Winter on board the hybrid sail-and-steam vessel when they became trapped in ice while trying to make a landing on the shore of the Weddell Sea

By sheer coincidence, Shackleton’s expedition was due to set out at the beginning of August as the war broke out. Shackleton offered his ship and crew to the British Navy, but was told to proceed by the Admiralty instead. Setting out from Plymouth on August 8th, he and his shipmates knew nothing of the war’s progress when they reached Buenos Aires, putting to sea again for South Georgia Island on the 26th. Taking on supplies and coal at Britain’s southernmost territory, the expedition finally left for the Antarctic on December 5th, sighting land today.

We kept the open water for a hundred miles, passing many bergs but encountering no pack. […] The Endurance encountered the ice again at 1 a.m. on the 10th. Loose pack stretched to east and south, with open water to the west and a good watersky. It consisted partly of heavy hummocky ice showing evidence of great pressure, but contained also many thick, flat floes evidently formed in some sheltered bay and never subjected to pressure or to much motion. The swirl of the ship’s wash brought diatomaceous scum from the sides of this ice. The water became thick with diatoms at 9 a.m., and I ordered a cast to be made. No bottom was found at 210 fathoms. The Endurance continued to advance southward through loose pack that morning.

[…] We were now in the vicinity of the land discovered by Dr. W. S. Bruce, leader of the Scotia Expedition, in 1904, and named by him Coats’ Land. […] He saw no naked rock, but his description of rising slopes of snow and ice, with shoaling water off the barrier-wall, indicated clearly the presence of land. It was up those slopes, at a point as far south as possible, that I planned to begin the march across the Antarctic continent. All hands were watching now for the coast described by Dr. Bruce, and at 5 p.m. the look-out reported an appearance of land to the south-south-east. We could see a gentle snow-slope rising to a height of about one thousand feet. It seemed to be an island or a peninsula with a sound on its south side… […] The Endurance was passing through heavy loose pack, and shortly before midnight she broke into a lead of open sea along a barrier-edge. A sounding within one cable’s length of the barrier-edge gave no bottom with 210 fathoms of line. The barrier was 70 ft. high, with cliffs of about 40 ft. […] The lead of open water continued along the barrier-edge, and we pushed forward without delay.

The expedition will never make landfall, however, for the ice is too thick and the southern Summer too advanced. In just eight days, the Endurance will be trapped by the ice pack. Although the Great War is a world away, the events which follow shall be one of the greatest true stories of survival and adventure of the 20th Century.

While studying the events of 1914-1918, we tend to seize on happy stories of chivalrous or humane behavior in an effort to cast a happier light on the slaughter. We focus on the Emden, whose captain raided British commerce in the Indian Ocean without harming civilians, out of an understandable desire to see the best side of the people who fought the war. We indulge ahistorical notions about the so-called ‘Christmas Truces’ because they make the whole topic more pleasant and let us detach ourselves from the horror.

Yet there are indeed wonderful stories from the Great War that underscore our human potential for greatness. The incredible escape of the Emden‘s shore party, which was left behind when their cruiser was defeated by an Australian ship at the Cocos Islands and then stole away in a rotten schooner, is one of those; Shackleton’s ill-fated expedition is another. Humanity now has new frontiers to explore under the sea and in outer space, settings that provide plenty of danger and adventure for those who cannot live without them. In our time, the reigning aesthetic is postmodernism, which rejects all the grand theories and structures behind those fin de siècle reactions a century ago, but even the most ardent skeptic must admit to being impressed by these amazing men who risked everything in conditions that still challenge our modern technologies a hundred years later. 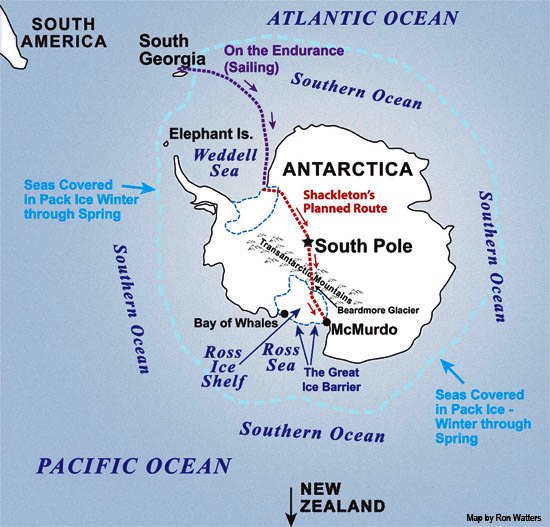 A map of Shackleton’s intended route across Antarctica