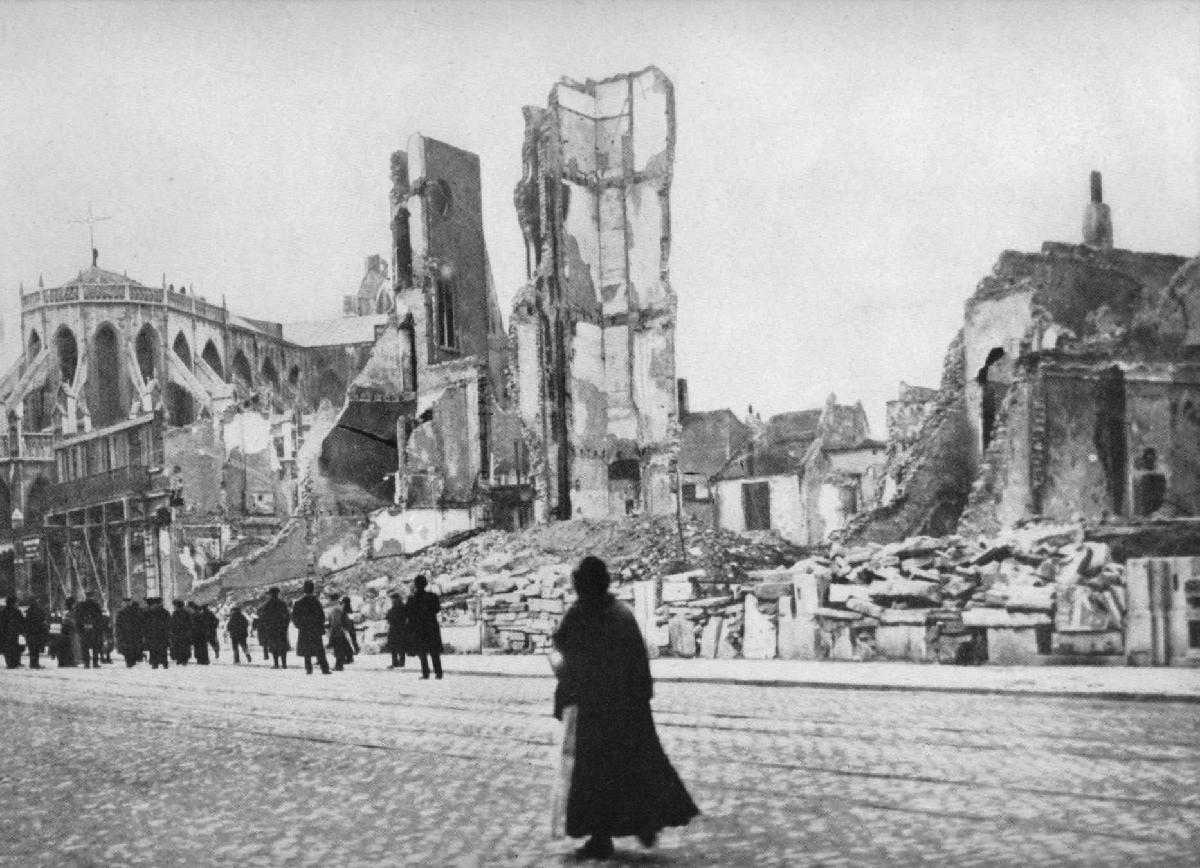 In Galicia, which is now parts of Ukraine and Poland, the Battle of Krasnik ends today with the Austro-Hungarian empire’s first victory of the war. The good news is welcome in Vienna, for the Hapsburg attack on Serbia ended yesterday in fiasco, but it will not last. Krasnik is just one of a series of battles that will ultimately end in Emperor Franz Joseph’s army retreating to the Hungarian border after more than 320,000 men have been killed or captured.

In Belgium, where the last fortress of Namur surrenders today after two priests are killed while being used as “human shields” by German troops, it is the high point for the invader’s atrocities. Anticipating guerrilla attacks from francs-tireurs who don’t actually exist, German commanders have taken civilian hostages as they pass through towns and villages, then shoot the hostages in groups whenever German soldiers are killed. Harry Graf Kressler, whose memoirs of the postwar German theatre offer an important window on the Weimar Republic, recorded one of these atrocities in his diary two days ago.

The inhabitants of Seilles attacked our pioneers building a bridge across the Meuse, killing twenty of them. As a punishment approx. 200 civilians were court-martialled and shot. No house still has a roof or windows; bare burned walls stand street by street, and more terrible — household effects, family pictures, broken mirrors, overturned tables and chairs…A family sits on the pavement before one house that is still burning; they watch until the last rafters collapse crying and crying…Every convoy we met between Seilles and Beirwart carried pillage…our soldiers get used to drinking and looting. In Liege whole platoons get drunk daily on wine and schnapps from burnt-out houses. It will be hard to stop this sort of thing.

Blamed on shadow guerrillas, the usual stray bullets and friendly fire incidents have already resulted in hundreds of murdered Belgians today when, for reasons that remain unclear, the historic city and university of Louvain are burned this evening (see above). 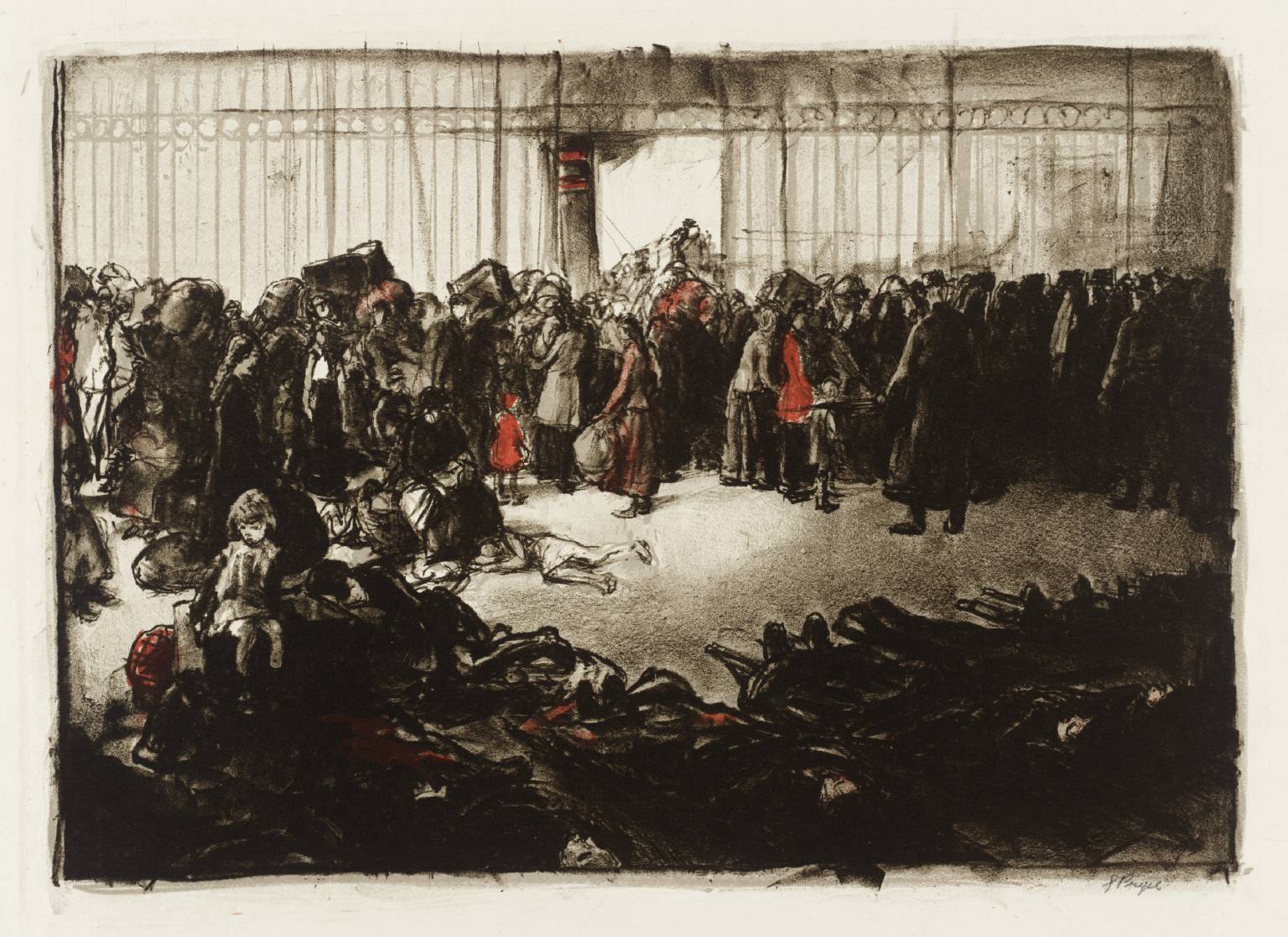 “The Fall of Ostend” by British artist Gerald Pryse, who drove through Belgium with lithograph stones tucked under the seat of his Mercedes to capture refugee scenes and became an important propaganda artist

The atrocities begin with a burst of German rifle fire at eight o’clock and shouts of “sniper!” that may have been a panicked response to an unexpected movement by friendly troops. Shortly thereafter, the Germans move through the city dragging men from their houses to beat and shoot them. A half hour before midnight, they break into the university library and set it on fire, then prevent civilian fire brigades from responding; some 300,000 volumes, the intellectual wealth of a nation, are burned to ash.

The shootings and arson continue all day tomorrow, destroying more than a thousand buildings in “the Oxford of Belgium.” German troops arrest and deport over 1,500 residents, while at least forty thousand are forced to become refugees. Although it serves no one to compare the Rape of Belgium to the crimes later committed by the Nazi regime, these atrocities are very real and an undeniable result of official anti-Catholic propaganda as well as permissive leadership. Nor do they diminish right away: a steady stream of these outrages continues until mid-October, when it becomes clear to the occupiers that they are not actually leaving anytime soon, and so must learn to coexist with their captive population.

No one is ever punished for these crimes. In fact, denialism appears in the allied press very quickly: on September 7th, six American journalists in Germany co-sign a wire to the Associated Press from Irving S. Cobb of the Saturday Evening Post, who glibly dismisses atrocity reports even though the German press is justifying, not denying, the very massacres he denies have happened. To make things worse, some atrocities are exaggerated, and when they are debunked it tends to deflect attention from the very real atrocities committed by the Imperial German Army as official policy. 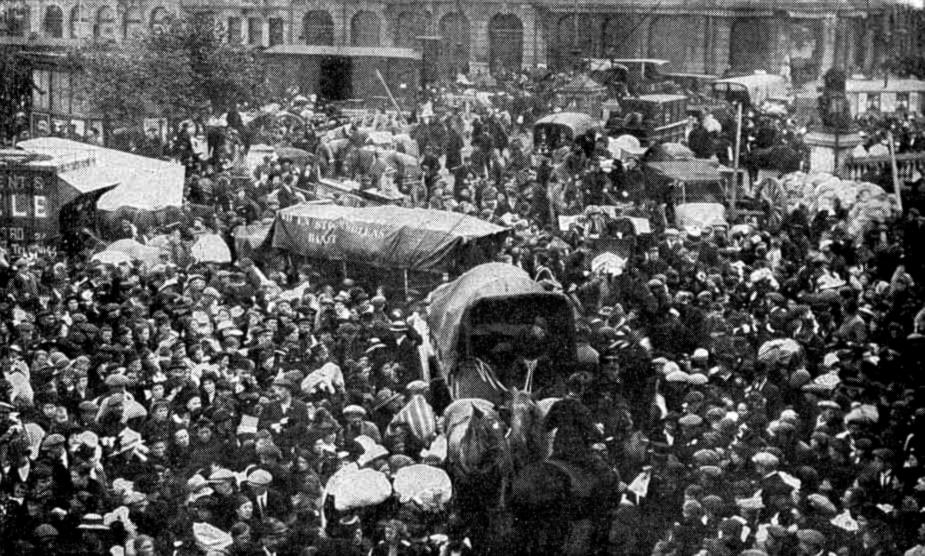 Hundreds of thousands of Belgians flee into neutral Holland along with 40,000 Belgian troops

The natural result of these war crimes is a flood of refugees crossing into neutral Holland. Some forty thousand Belgian soldiers are interned in the Netherlands, which is obligated by treaty to disarm and hold them until the war ends. This human crisis quickly results in higher rents, increased food prices, and managerial headaches for the Dutch government.

Hundreds of thousands of Belgians are also arriving in England, inspiring mystery writer Agatha Christie to create her Belgian detective character Hercule Poirot in The Mysterious Affair at Styles. Written in 1916, when the violation of Belgian neutrality is still an important justification for Britain’s entry into the war, by the time it is published in 1920 Britain has become an epicenter of denialism by people determined to discount the war’s origins.

Even today, many people maintain that Germany was no worse than the allies, and that a German victory would not have altered the European landscape very much. But the Belgian people know better. 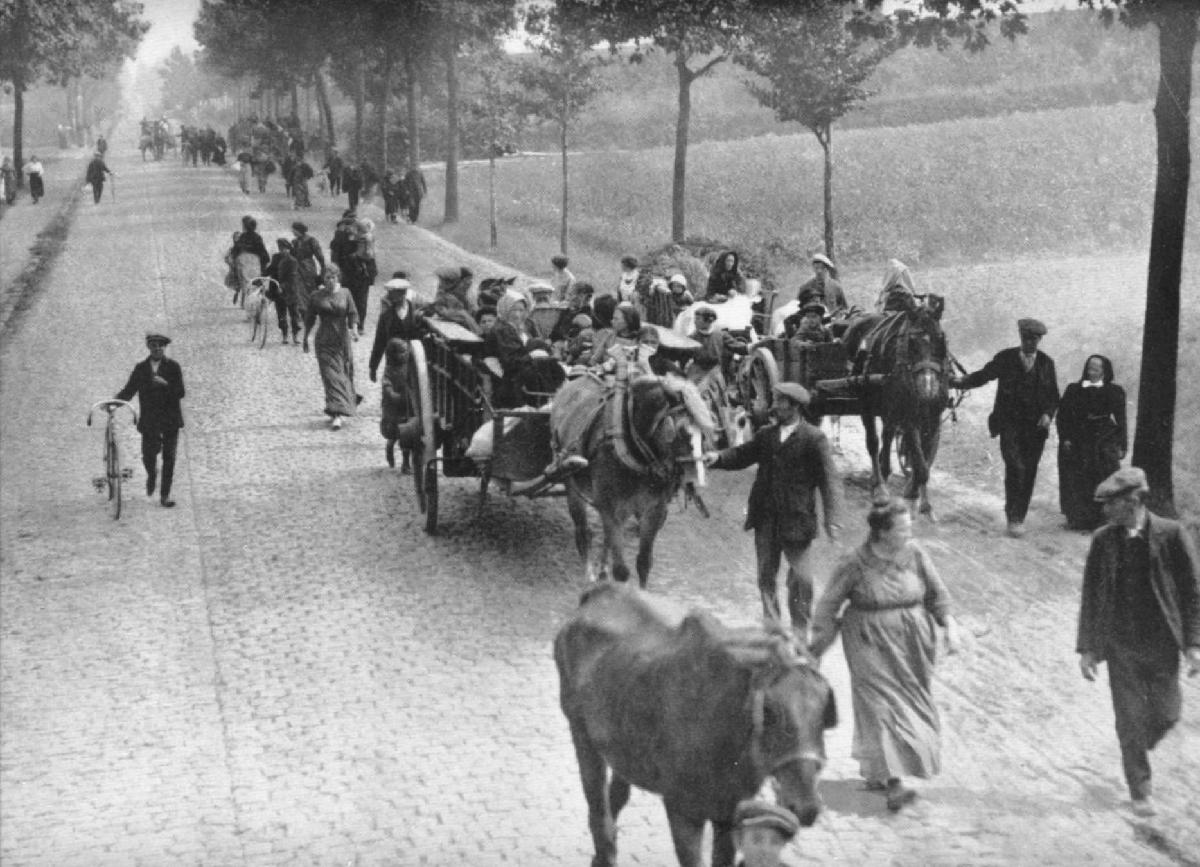 A view of Belgian refugees on a cobblestone country road