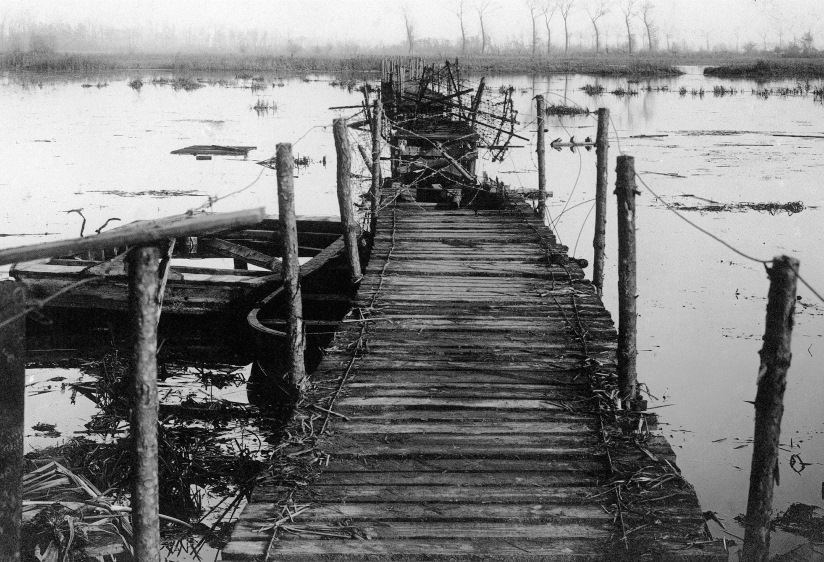 When the last elements of the Belgian Army stood to fight along the Yser River in October, their dogged resistance left quite a bloody impression on the Imperial German Army. In fact, German massacres and atrocities only seemed to abate with the dawning, demoralizing realization among the German senior officer corps that they would not break through the watery deathtrap that King Albert had created by flooding the narrow channel.

As the waters rose on October 27th, the French Marines holding Diksmuide reported being under continuous attack for more than forty hours. Diksmuide (also spelled Dixmude), a town sited on a raised patch of land (polder) across the far bank of the Yser, fell to the relentless German attack on November 10th after weeks of heavy shelling. Two separate assaults by boat have been repulsed in recent weeks, and the line outside the polder village of Dikesmuide has held against repeated assaults by Germans wading in formation.

Barbed wire and machine guns sited for interlocking, sweeping fields of fire have inflicted grievous losses on the ‘grey wave’ that had rolled over ‘Brave Little Belgium’ in August. Better yet, the Belgians have had time to refit, recuperate, plan, and train. Belgians are not just winning a great Christmas victory for their king and country today, they are proudly supporting their allies in the attack. 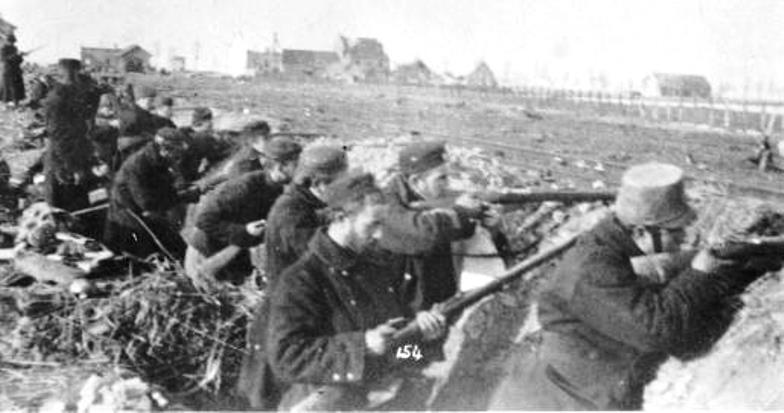 Belgians prepare to fend off a German morning attack in October. Note the barbed wire fence in the field, which will later be flooded

Today’s successful counterattack to reclaim Diksmuide is part of a new offensive set in motion by Field Marshall Joseph Joffre. All along the line from here to Verdun, limited attacks are underway using concentrated artillery fire to ‘soften up’ targets for infantry attacks. The objectives seem reasonable: by seizing advantageous positions all along the line, he wants to force a German retreat before the new year. The Indian Expeditionary Force was attacking at Givenchy two days ago in support of this offensive, which is collectively known as the First Battle of Champagne, when they were hit by a German counteroffensive.

Germany and France are adapting to total war with attrition doctrine, a calculus of command that accepts high human costs in pursuit of grand strategy. Joffre is alarmed by reports from Petrograd of battlefield reversals on the Eastern Front due to Russia’s tardy efforts to meet the challenge of an ammunition shortage, and seeks to draw German strength away from his ally. Instead, he will sacrifice more than ninety thousand allied lives, mostly French, killing only half as many Germans — and making remarkably small progress.

The long battlefield collectively known as the Western Front is dominated by defense in an age when all the general staffs are nonetheless convinced that victory is only possible through the offensive. Machine guns rule trench warfare: cleverly employed and violently used, automatic fire makes it impossible for men to, say, cross a few simple strands of wire, or negotiate a corpse-strewn crater, or stand up and run. Even one gunner surviving an artillery barrage to man his weapon against the follow-on attack can turn an enemy infantry advance into a slaughter.

The butchery of French divisions continues today at several points between the Argonne and Noyon. It will last until March 17th, when the Gallipoli Campaign is underway and the war is transforming for the worse. Not that the war isn’t already bad enough. 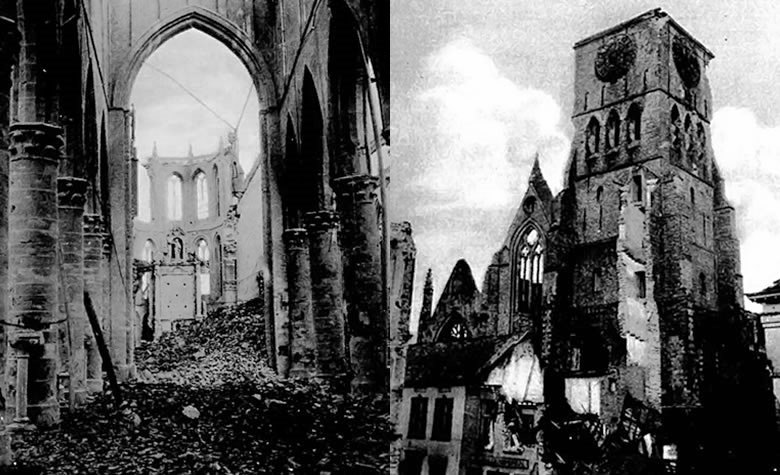 French Marines took the brunt of the Kaiser’s October offensive at Diksmuide, which points to just how much of the Western Front has effectively become a French responsibility. Britain is still holding only a relatively short length of front, and Belgium an even shorter one; French units plug the gaps along the allied line; the coastal defenses at Nieuport are in French hands, not Belgian. Along the 435 mile-long Western Front, French units either hold or support nearly four hundred miles of trenches. Belgium can hardly call on their ally to make such sacrifices alone.

Because of the flooding, Diksmuide is more easily approached from the Belgian side than the German one. Following this battle, the Imperial German Army pulls back beyond rifle range for the most part, preferring only limited attacks in the sector. The men of Belgium will set about improving and extending the Dodengang, the ‘trench of death,’ against harassing attacks and sniper fire along the railroad embankment. They are determined to resist the invader through flood and fire for as long as it takes.

When their resistance began, the Belgian Army was dressed for Summer campaigning. Now mostly wearing French Winter coats, dependent on French financing and ammunition supplies, and shedding their blood in support of a French offensive, by 1916 they will all be wearing French helmets. It cannot be helped, for there are no Belgian factories providing material or resupply. If we are to find a unique Belgian identity on the battlefield, we must look to a weapon.

Unsuited for breaking the deadlock by crossing no man’s land, Minerva armored cars have nonetheless proven remarkably effective for defense along the roadways behind the Yser, sweeping German breakthroughs with fire. They even saw much use in the polder village fighting until rubble and shell craters made the streets impassible. When the retreating Belgians blew up the bridges of Diksmuide in November, Minervas could no longer be used in the fight for the town. They will nonetheless remain at the front lines throughout the war, be modified with an enclosed turret in 1916, and serve in the Belgian Army until 1935. 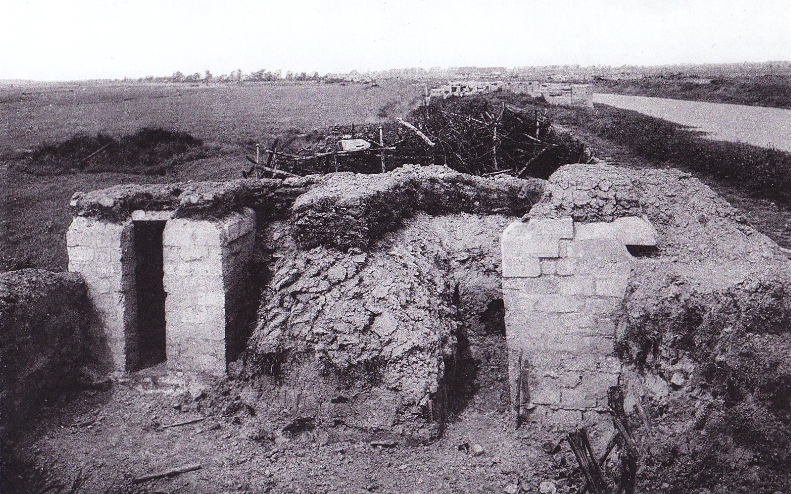 A trench line near Diksmuide, visible in the background