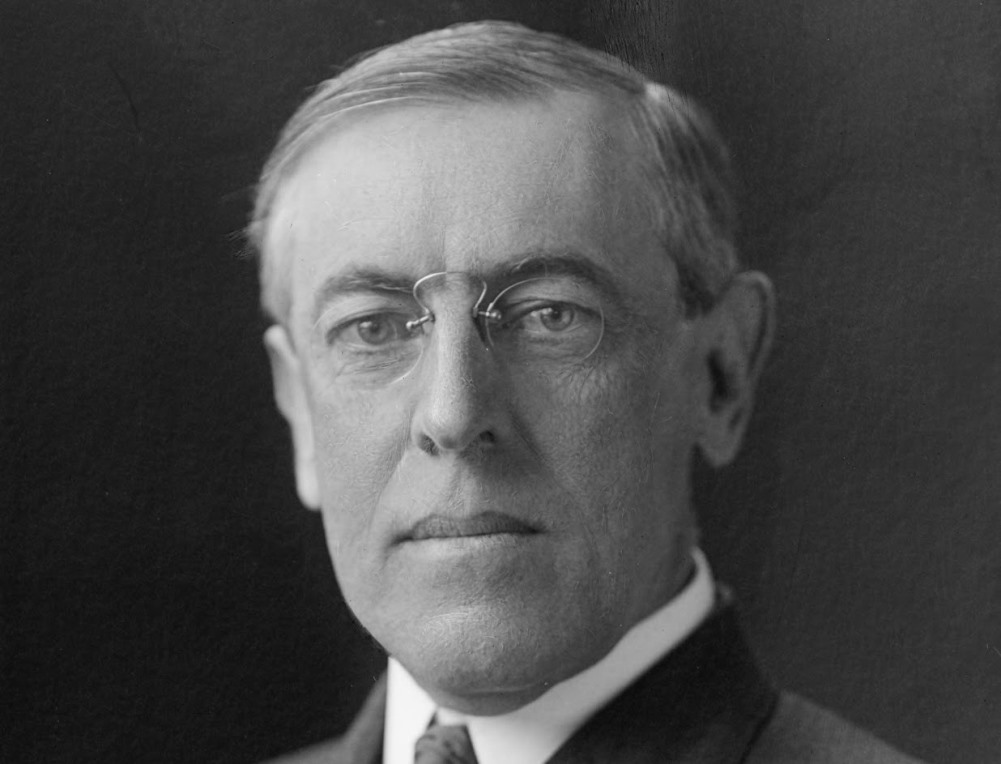 Today, Woodrow Wilson’s official declaration of neutrality is presented to the United States Senate and published. It contains an appeal to keep the sectarian strife that is now tearing apart the Old World from crossing the Atlantic to American shores.

The people of the United States are drawn from many nations, and chiefly from the nations now at war. It is natural and inevitable that there should be the utmost variety of sympathy and desire among them with regard to the issues and circumstances of the conflict.

Some will wish one nation, others another, to succeed in the momentous struggle. It will be easy to excite passion and difficult to allay it. Those responsible for exciting it will assume a heavy responsibility, responsibility for no less a thing than that the people of the United States, whose love of their country and whose loyalty to its government should unite them as Americans all, bound in honour and affection to think first of her and her interests, may be divided in camps of hostile opinion, hot against each other, involved in the war itself in impulse and opinion if not in action.

Such divisions amongst us would be fatal to our peace of mind and might seriously stand in the way of the proper performance of our duty as the one great nation at peace, the one people holding itself ready to play a part of impartial mediation and speak the counsels of peace and accommodation, not as a partisan, but as a friend.

I venture, therefore, my fellow countrymen, to speak a solemn word of warning to you against that deepest, most subtle, most essential breach of neutrality which may spring out of partisanship, out of passionately taking sides.

Even though his name is forever tied to the successes and failures of postwar peacemaking, we must consider Wilson’s appeal to impartiality and fairness here in the context of his larger career. He has pushed bills through Congress to ban miscegenation and segregate streetcars in the District of Columbia; he has issued executive orders to alter federal hiring policies against blacks. Worse, as governor of New Jersey he has signed a eugenics bill to enforce sterilization of the retarded. A son of Virginia elected to the presidency at the height of white supremacy’s restoration in the former Confederacy, Wilson’s moral authority is fatally undermined by his deep racism and acceptance of ideas that will later be identified with the Nazi regime.

Moreover, American neutrality is not necessarily nonviolent, for its borders extend far outside the United States. 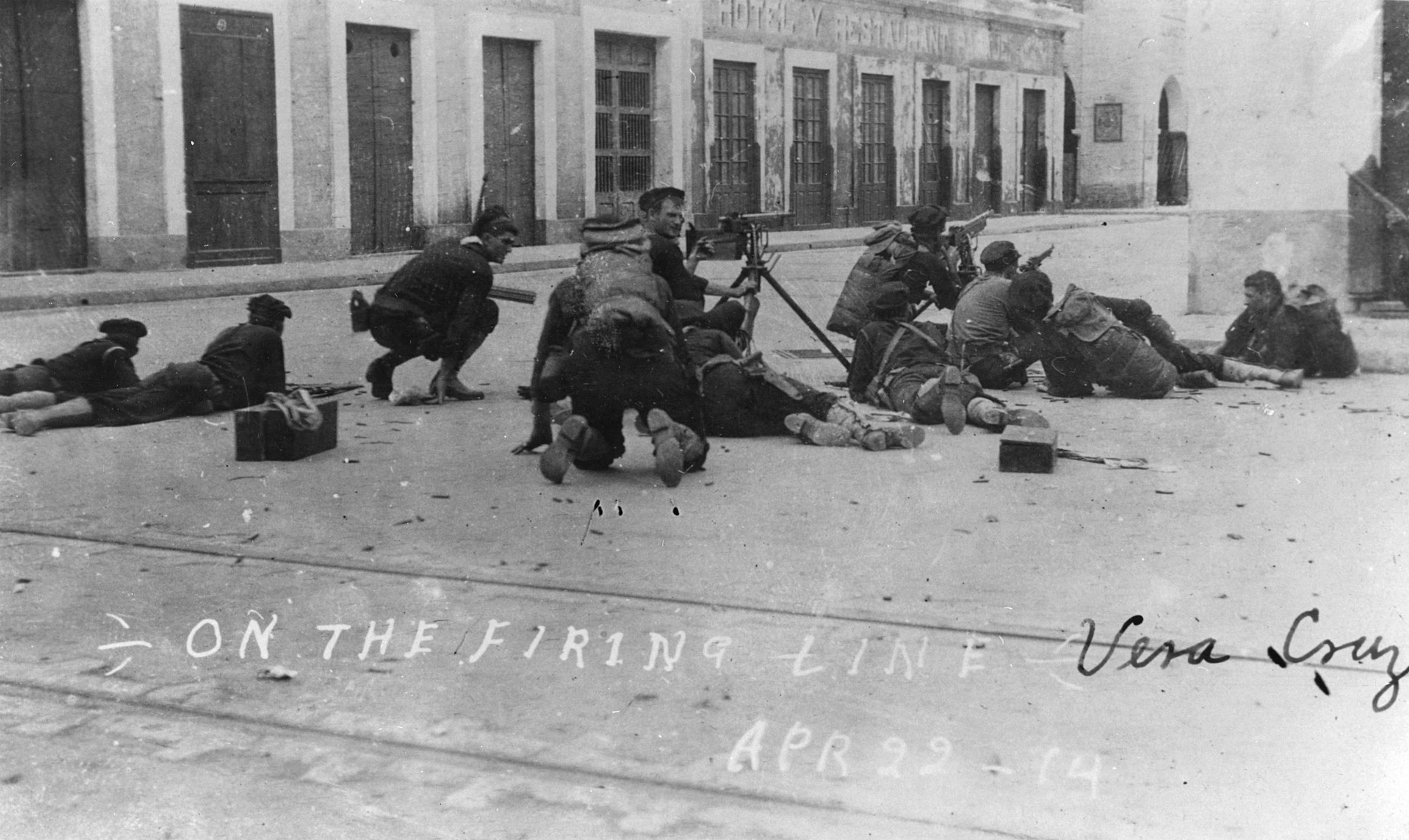 The Monroe Doctrine has prevented Old World empires from dominating the New World, but not for altogether altruistic reasons. Building on a framework of simple anti-colonialism, the United States has erected its own empire by securing favorable access to the resources and markets of Central and South American countries. American policy centers on maintaining control of the Panama Canal.

As part of these so-called “Banana Wars,” American troops have occupied Nicaragua for two years, and in April of this year President Wilson sent the US Navy and Marines to occupy the Mexican port of Veracruz and keep European powers out of his unstable, revolution-torn neighbor. It is one of two expeditions he will send to Mexico before the United States finally enters the war.

One of the Marines still at Veracruz is Major Smedley Butler, who has been awarded his first Medal of Honor. Long after serving in the trenches of the Western front, Butler will famously go on to denounce the capitalist profiteers behind the American foreign policies that he has spent his career enforcing on unwilling populations. “War is a racket,” he opines, “It always has been. It is possibly the oldest, easily the most profitable, surely the most vicious. It is the only one international in scope. It is the only one in which the profits are reckoned in dollars and the losses in lives.” 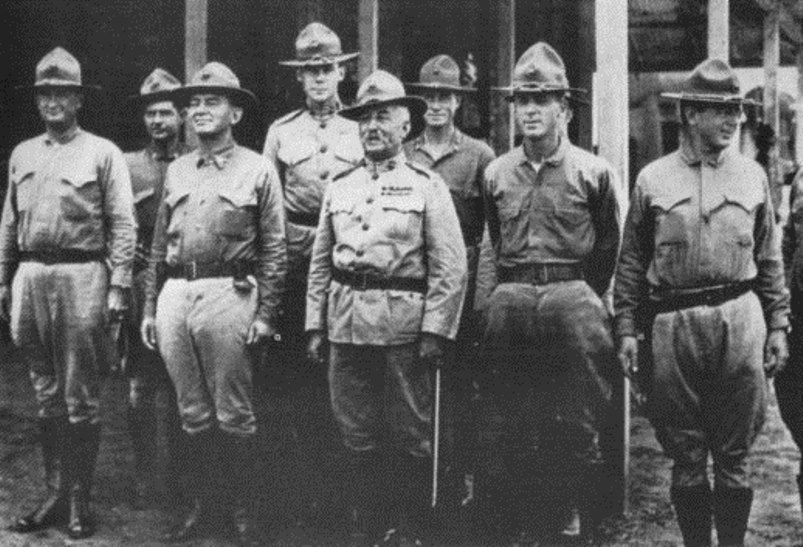 General Smedley Butler at Veracruz, 2nd from the right

Wilson’s neutral America begins the war by doing business with all sides, but that does not last. When Germany is cut off by the British blockade, their access to American markets become much less important to them, and Germany resorts to u-boat warfare against merchant shipping in a bid to cut their enemy off in the same way. This unrestricted submarine warfare is the issue which will ultimately draw the United States into the conflict, but not until Wilson has spent the first two years trying and failing to find a diplomatic resolution to the war.

To some degree, Wilson’s reluctance to take sides is explained by America’s relative military weakness. Well below its authorized strength, the US Army is smaller than Belgium’s in 1914, even though the American population of ninety million is more than all of the combatant nations except Russia. American steel production is three times larger than Germany and the Austro-Hungarian Empire combined, but its navy has just 147 mostly-obsolete ships, including a mere ten dreadnoughts; altogether, American power on all the world’s oceans is smaller than the British Grand Fleet sailing in the North Sea.

American militarism has been attenuated by memories of the Civil War less than a half-century ago, which killed some 750,000 people. In Wilson’s time, that death toll has somehow been blamed on the slaves who were freed; the United Daughters of the Confederacy is busy erasing and rewriting history to reflect their mythology of a noble “lost cause,” ennobling and codifying the worst forms of official racism in American history. Woodrow Wilson’s neutrality and appeal for social peace do not extend to the striking coal miners at Ludlow, Colorado who were massacred this Spring, either.

Whereas we now see him as man whose flawed vision of peace was undermined by bellicose world leaders, Wilson’s policy was always based on violent exploitation from which no real peace could ever emerge. 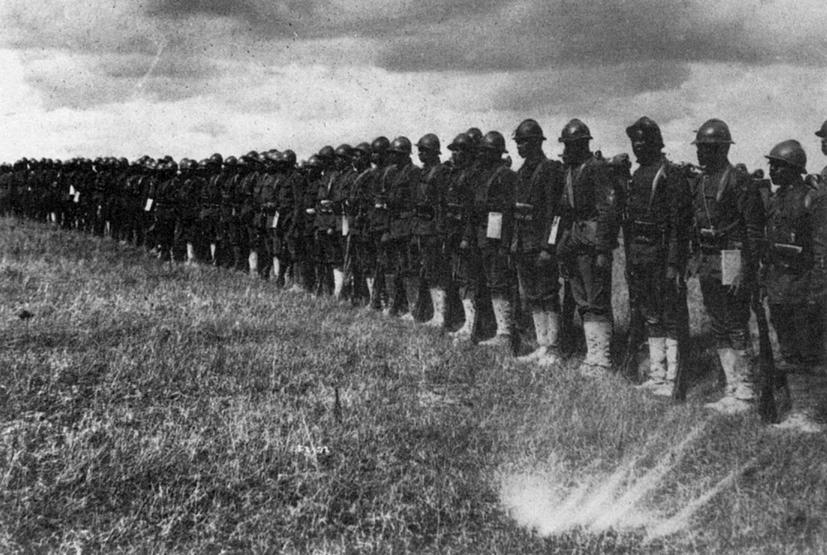 Despite Woodrow Wilson’s virulent racism and renewed oppression, more than 370,000 African American men would serve in the US Army. These men are notably equipped with French helmets