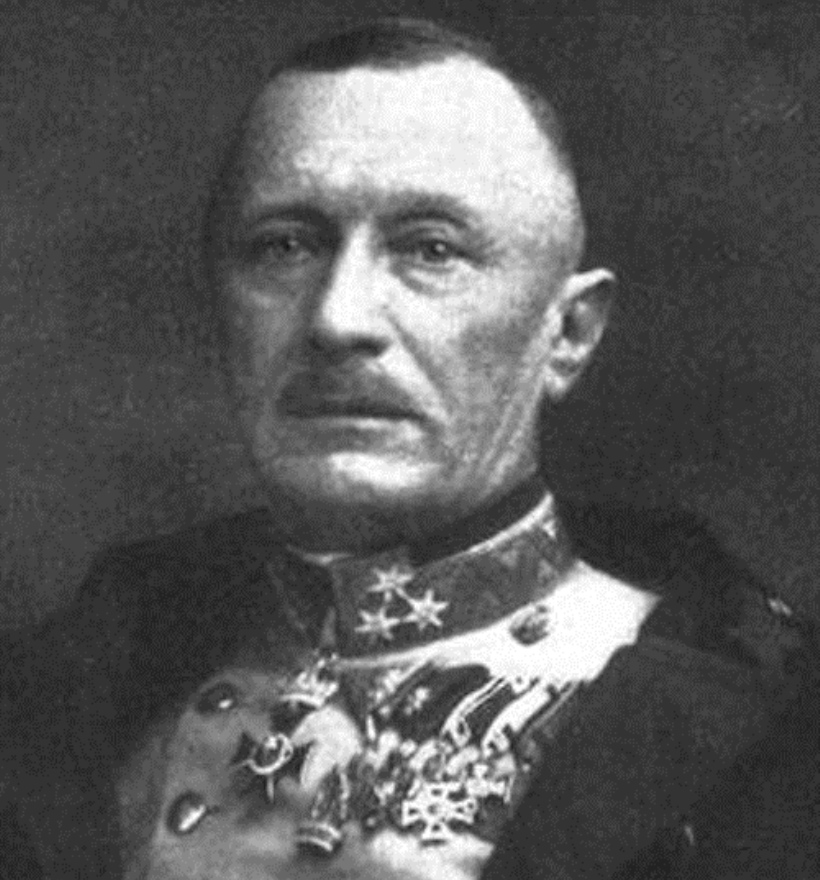 Today, the invaders of Serbia find themselves under attack. This clash is alternately known as the Battle of the Jadar, after one of the rivers that the Austro-Hungarian army (Kaiserlich und Königliche Armee, or KUK) has crossed to enter Serbia, or the Battle of Cer, after a mountain on which one phase of the battle takes place. Whatever its name, this is an embarrassment of the weak Hapsburg Empire by its upstart neighbor.

Contemptuous of his enemy, General Oskar Potiorek (seen above) has crossed into Serbia from Loznica in the West and Sabac in the North, linking his forces up at Cer. Two days ago, his advance units were surrounded and outgunned on the mountain’s slopes, and yesterday King Peter I of Serbia watched as the Austro-Hungarian army was repulsed from the plateau below it.

Today, Field Marshall Radomir Putnik commits his reserve force to attack towards Loznica. Although the Hapsburg soldiers are able to hold their positions today, it is the farthest advance they will make into their enemy’s country during this first abortive campaign. 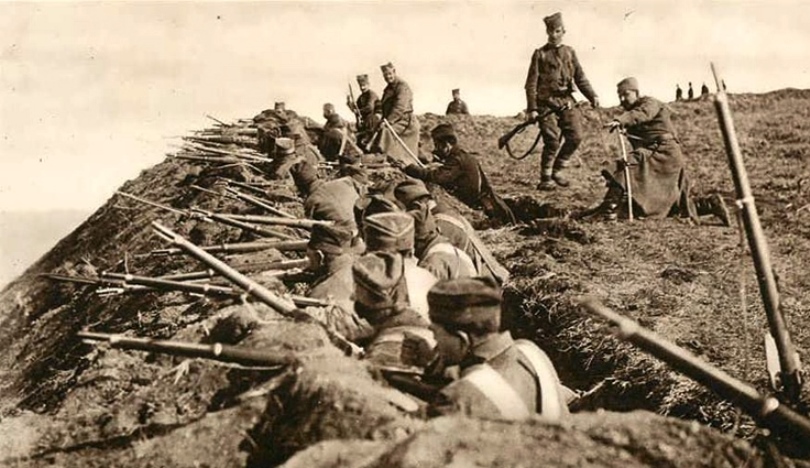 Serbian troops on the Danube in August 1914

Over the next two days, Serbian soldiers will throw the KUK back across the Jadar and out of Loznica. Then over five days, the KUK will be pushed out of its Northern bridgehead at Sabac too. Broken, they are retreating in the face of a numerically-inferior foe that has superior experience at winning battles. The Serbs know how to pre-register their artillery, making their fire much more effective; they make better use of terrain than the Hapsburg officers, who seem confounded by tactical obstacles and suffer up to three times the enlisted casualty rate.

In just one week, the only KUK soldiers left in Serbia will be 4,500 prisoners. Austrian casualties, both dead and wounded, are double that of their enemy. The battlefield is littered with their abandoned equipment, machine guns, supply wagons, and artillery. Panicked officers leave wounded men behind to fend for themselves. In the wake of the disaster, blame will not be laid on incompetent generals who enjoy royal favor, but on units whose loyalty is suspect for ethnic reasons. A diverse force speaking a dozen languages, the KUK is also one of the few shared institutions in an empire that lacks much central government, so this scapegoating harms the integrity of the empire itself. 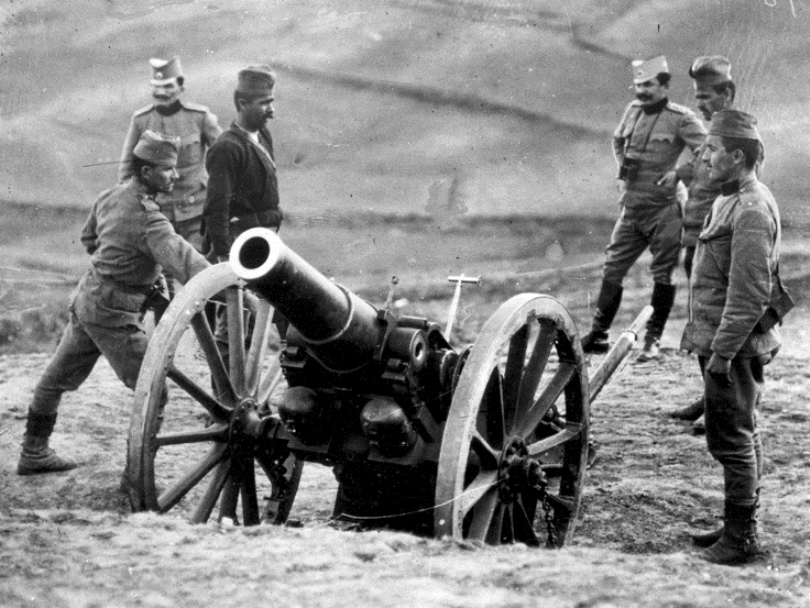 Serbian artillery crews were outnumbered and short on ammunition, but also better-drilled and led

But before they go, the KUK does manage to defeat some 3,500 civilians who are unlucky enough to bear the brunt of Hapsburg vengeance. Marching into Serbian towns, they slaughter mayors and local notables, then take hostages, deport the military-age males, and hold mass hangings. Today, the divisional commander in Sabac orders the massacre of 120 inhabitants with bayonets. There is no tactical reason for this inhuman behavior; it is the official policy of the empire, which spends far less on its army than Germany or France and acts out of weakness rather than strength.

These actions have the unintended effect of encouraging Serbian national resistance. Of all the combatants in this war, none is able to turn out as high a percentage of its male citizens for war as the Serbian Kingdom. This early victory will become the stuff of patriotic songs and nationalist pride, ironically feeding further atrocities eight decades later when the dream of pan-Slavic union gives way to the Serbian chauvinism of Slobodan Milosevic.