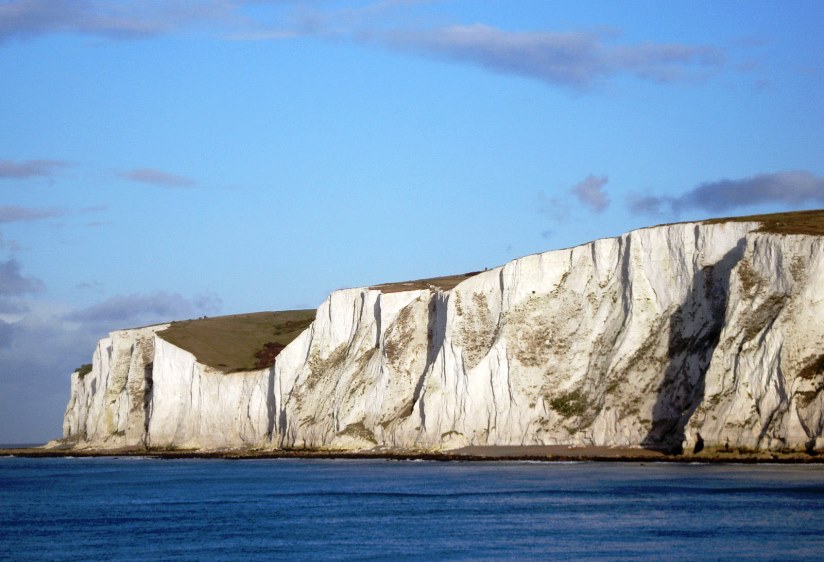 Because war is characterized by fear and fighting, it often inspires strange behavior and bizarre moments of mass panic. From August until October, German soldiers occupying Belgium and northern France regularly thought themselves under fire from invisible Francs-tireurs and took it out on civilians. False reports are a constant problem on every front, with consequences in blood: everyone sees spies everywhere; everyone worries about the emerging threat of aerial bombardment. Armed conflict is an inherently paranoia-filled activity, but the industrial era of mass production and widespread literacy has proliferated both the variety of threats and public awareness of them.

Today, a mass delusion seemingly afflicts the defenders of Dover on the Channel coast of England. As reported by the Chicago Tribune tomorrow morning, the incident appears to be a case study in combat psychology and wartime hysteria.

The city of Dover was thrown into excitement today by the announcement that the Germans early this morning attempted a submarine attack on the harbor works and the fleet at anchor in the harbor.

A heavy rain and haze made searchlight work difficult. Fortunately the forts were put on the alert about 4 o’clock by the appearance of an unidentified steamer which refused to stop until a shot was fired across its bow. This vessel then retired. It is believed to have been the tender of the submarines.

Half an hour later, it is said, a single submarine was sighted, and one of the heavy guns in the harbor fired at it. This submarine, which evidently was the advance scout, disappeared, but 6:30 o’clock the observers sighted what they believed to be a fleet of about six submarines several miles out in the channel.

The channel forts commenced firing in the direction of the supposed submarines and kept it up for almost half an hour. At the same time a torpedo boat destroyer flotilla put to sea, where it remained all day.

Large crowds gathered on the water front in the early morning hours and watched the searchlights and the artillery fire. When they saw no results of the shelling many persons expressed the opinion that it was a false alarm.

There is no official confirmation that German submarines were seen. 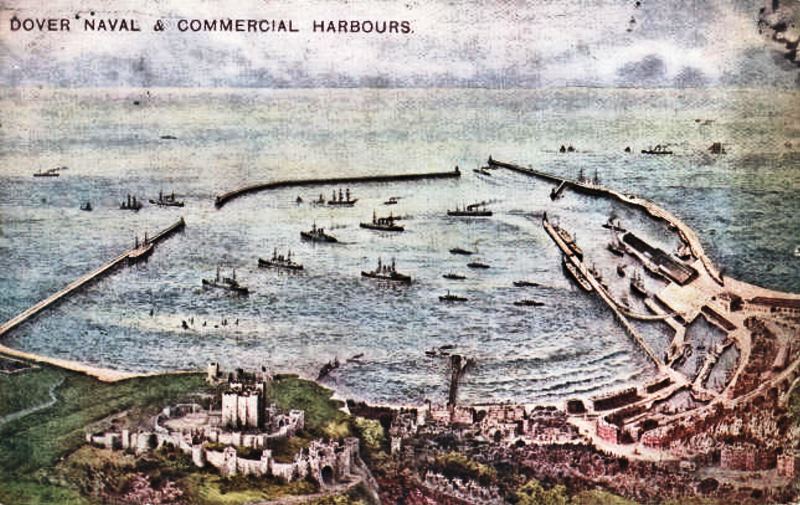 A 1914 postcard view of Dover Harbor, which hasn’t changed much in 100 years

No one has ever established that a single German U-boat was present in the harbor at any time during the tenth of December. Despite a rapid reaction by small craft, no submarine support ship is ever located. Of course, it is possible that an unknown, unrecorded-by-the-Germans submarine flotilla escaped pursuit today in the poor visibility of a foggy English Channel. But it is at least as possible, and actually much more likely, that the British Navy expended two hundred shells and a whole day’s effort searching for phantoms.

Tired, cold people on watch sometimes see things that aren’t really there. Hyper-aware, hyper-vigilant people will sometimes want to see things that aren’t really there. Combat narratives are replete with such moments, and trigger-happy people who create them, but this is really beside the point, for the German submarine threat is very real. The German Navy has already conducted cruiser raids on the British coast, and the admiralty is stifling London press coverage of a battleship lost to a German mine. With the cruiser threat in the Indian and Atlantic Oceans now finished for good, the sea lords are anxious to be seen clearing Britain’s coastal waters of any emerging threats from under the sea.

And the submarine is indeed emerging as a threat. During 1917, at the height of unrestricted submarine warfare, U-boats will strike about 3,700 commercial and naval vessels of all kinds, sparing none — not even small fishing boats. Surprisingly, that is three times the highest number of ships struck at the height of the Battle of the Atlantic during the Second World War. At the end of 1918, every U-boat serving right now will have been rendered obsolete, though many will still be in service. Meanwhile, the British Navy will invent a host of new countermeasures to deal with the new threat.

Today’s events are an indication that wartime shipping insurance rates will continue to bite into profits for the duration of the war, even now that the cruiser threat is gone. The mutual strangulation of German and British commerce will produce wartime inflation, price controls, and rationing. 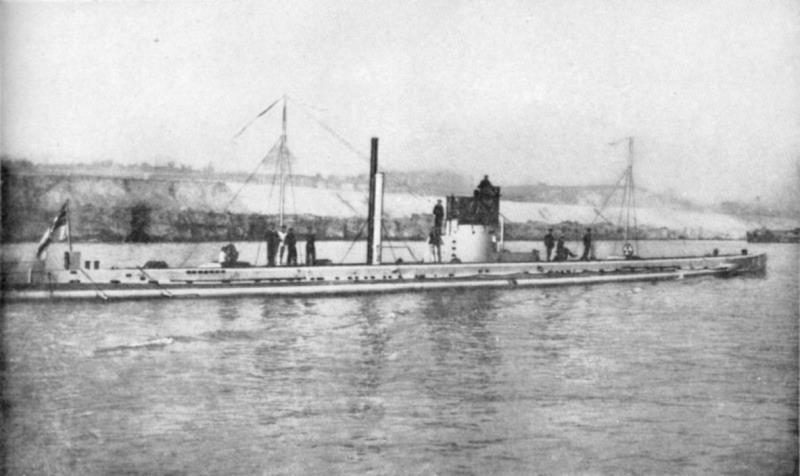 The U-9, built four years before the war, is a good example of how small and limited early U-boats really were. She would serve until the Armistice and be broken for scrap by France as a prize of war

It is worth noting that British sailors can do remarkably little about the submarine threat right now. By Christmas, the British Navy has destroyed only five German submarines — two by ramming and three by mines. While submerged, U-boats are immune to shellfire, while defensive minefields are limited by the unreliability of British mines. Until sonar and depth charges can be designed, manufactured, and deployed at sea, most available countermeasures are passive: ships can zigzag in their courses, post lookouts, or sail under blackout. These are hardly psychologically-satisfying ways to deal with ‘torpedo stress.’

In the trenches, a new phenomenon called ‘shell shock’ is emerging from the stress of being under fire for long periods of time. Unable to respond to fire the natural way, by either flight or fight, troops go crazy. A similar tension exists for sailors. Constantly exposed to enemy fire during every moment they are on board a boat at sea, they are mostly unable to shoot back themselves. It can be enough to make a man see things that aren’t there. 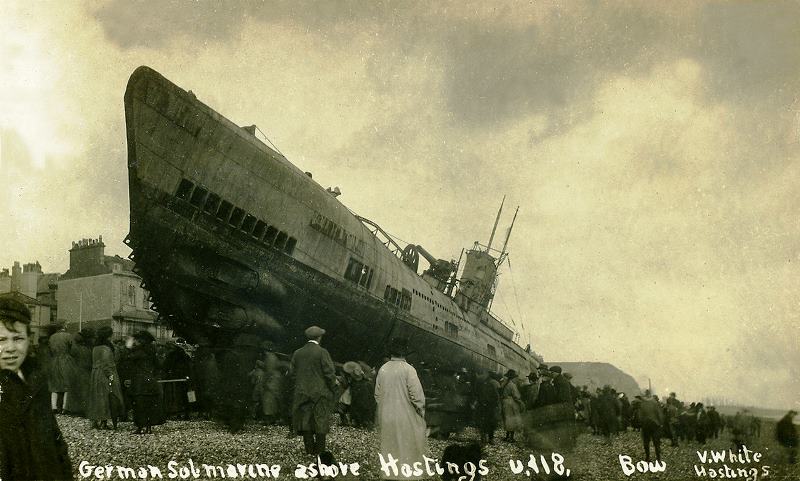 U-118, a minelaying submarine, washed up on Hastings beach after breaking free of her tow rope after the war. Laid down eight years after U-9, she is already much larger and more advanced