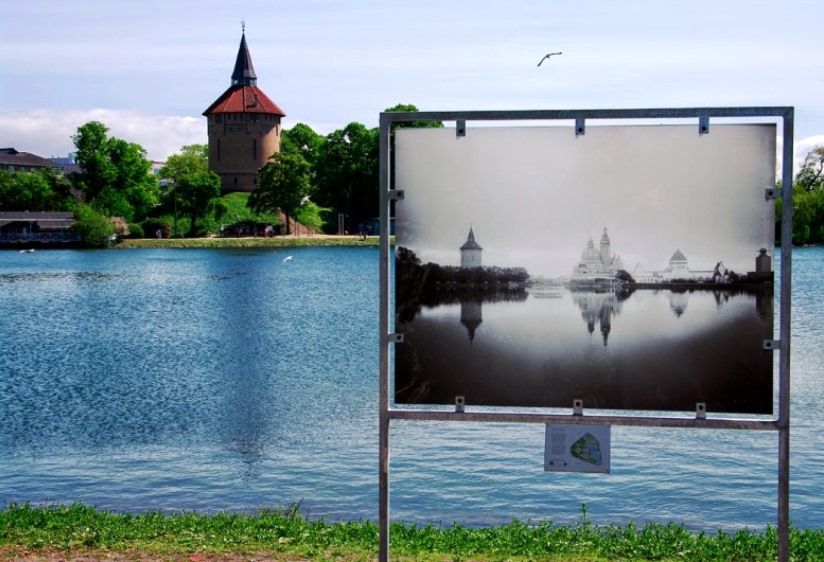 Few structures remain from the 1914 Baltic Exhibition in Malmö, but Pildammsparken Park (see above) is still in use. Opening on May 15th in the first year of the Great War as a showcase of art, culture, and progress for all four countries that border the Baltic Sea, the Exhibition had been a roaring success until participants Russia and Germany went to war at the beginning of August. By then, Swedish organizers had sold 850,000 single-day tickets and more than 50,000 four-day passes to watch the sporting events, hear the concerts, climb the world’s tallest wooden observation tower, sample the craft and trade displays, and ride the roller-coaster.

Malmö was already a proud, thriving urban center of 100,000 when she was beautified for the Exhibition. The city’s roads and trams and hotels were improved to handle the inflow from a burgeoning tourism industry, and some of that infrastructure is still in use a century later. Temporary Scanian-style buildings were constructed to house the exhibits around a large central plaza with a fountain, but they are all gone now. Lyricist Göran Svenning and composer David Hellström published a waltz about the Baltic Exhibition, and it is a worldwide hit; a record is pressed in the United States, where it is now preserved by the Library of Congress. Give it a listen:

(Click here for a 15-minute video of the Baltic Exhibition)

The Baltic Exhibition closed in October, but yesterday a meeting of monarchs began in the city of Malmö. This diplomatic event will be known as the Trekungamötet, or ‘Three King Meeting.’ Two of the participants, Gustav V of Sweden and Christian X of Denmark, rule nations which participated in the Baltic Exhibition. They are meeting with the third king, Haakon VII of Norway, to stand against the conflagration that is cutting them off from the modern world just as their nations seemed to be emerging into it.

Swedes and Norwegians have lived as politically independent nations for less than a decade. For both nations, the Exhibition was a chance to highlight their diversity as well as their industry and energy. Standing in solidarity today for the cameras to reemphasize their nations’ non-belligerence in the conflict that is now destroying Europe, they vow to “hold the line” as neutrals (neutralitetslinjen). All strikingly tall and thin, these wise kings may seem like giants of some eldritch myth who refuse to acknowledge, or intervene in, the affairs of mortal men, but their high-minded rhetoric will give way to the pragmatism of realpolitik soon enough.

Gustav shares a maternal grandfather with Haakon and Christian, who are brothers. Familial ties are thus invoked to heal the rift between Norway and Sweden, which dissolved their union in 1905. They will need to work together, for their nations depend on maritime access to markets being shut off. British and French boats are operating out of the Åland Islands, which is currently a Russian territory that dominates the upper Baltic. Just like the North Sea, a body of water bordering Denmark and Norway that is being mined and blockaded and patrolled by three navies, the Baltic Sea has already become a battleground of modern arms and competing economic blockades.

Both sides attack ships bound for their enemy’s ports, but welcome Scandinavian trade ships to their own ports. More than 200,000 tons of Swedish shipping will be sunk by torpedoes or mines in the course of the war, drowning eight hundred Swedes. Norwegians and Danes are already suffering right along with them. By 1916, the disruption of normal food markets and trade patterns is leading towards hunger and scarcity, yet these nations will use the Great War as an opportunity to enjoy a favorable balance of trade. The result is an economic renaissance built on war profiteering. 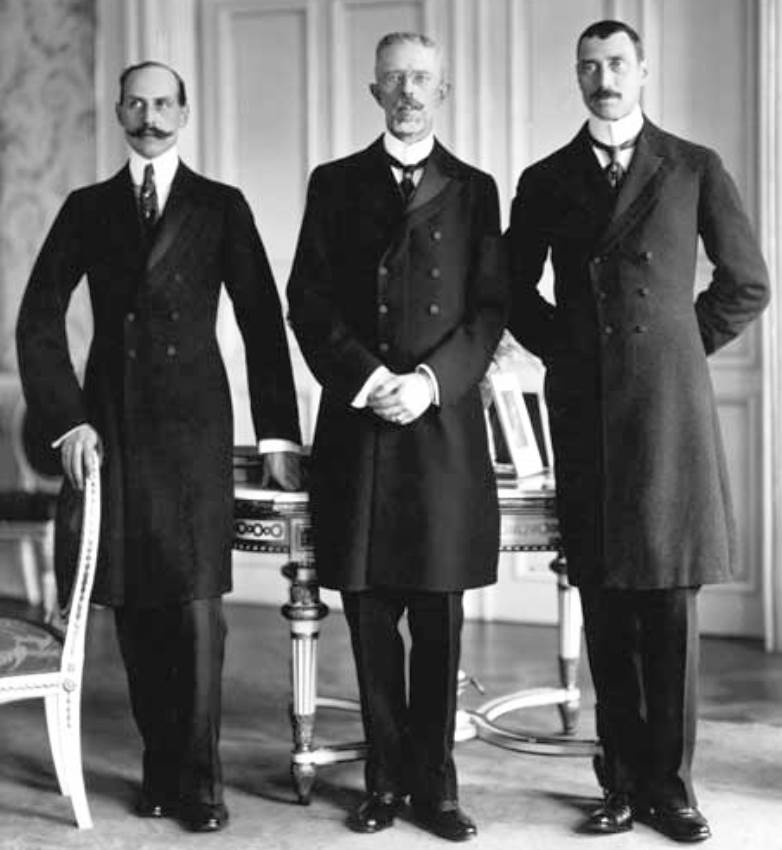 L to R: Haakon VII of Norway, Gustaf V of Sweden and Christian X of Denmark

Unlike the United States, where financial and trade ties with Paris and London have already begun to bend America’s official neutrality in their favor, and opinions on the war are turning against atrocities and excesses by the Kaiser, Sweden has a natural bent towards Germany through longstanding trade and cultural ties. Sweden is an important source of iron and protein on the southern side of the Baltic; the ancient Russian threat to Sweden also impels her towards the Kaiser, and so the Swedes make an effort to trade with both sides. As the submarine threat grows critical in 1916, Sweden will mine the Kogrundsrännan, the main shipping channel through the Danish Straits. This action follows repeated demands from Potsdam to halt a series of German shipping losses suffered to British submarines that keep slipping through from the North Sea.

Denmark, which lost its own longstanding relationship to Norway and has fought wars against Germany during the 19th Century, still has border disputes with the Kaiser in 1914. The German General Staff fears a British offensive from Denmark, and has constructed fortifications on the border. Yet the Danish Army is far too small and ill-equipped to defeat their much larger neighbor, and the Danes prove quite willing to provide Germany with a trade lifeline during the war. Unlike Sweden, Denmark has not resisted German demands to mine the ‘Great Belt’ waterway between Sjaelland and the island of Fyn, limiting British intrusion while German shipping travels safely through the Kiel Canal.

Norway will lose more than 800 merchant ships during the war — nearly half its fleet, and the greatest civilian shipping loss of any nation during the Great War. Norway also becomes a hotbed of spying and clandestine action by both sides. Unlike Stockholm or Copenhagen, there is no political faction in Kristiana (Oslo) pushing for an alliance with Potsdam. Norwegian ships need access to British coal, and without British cooperation the North Sea would be completely closed. It is not for nothing that Germany accuses Norway of siding with the allies.

Rather than imbuing nations with a protective halo of moral rectitude, neutrality in wartime is always fraught with moral hazards and policy dissonance. Norway’s interests lie to the west instead of with Potsdam, potentially driving these cousins to make war on one another. The primary purpose of today’s meeting is to prevent that outcome; it is an exhibition of their peaceful interaction.