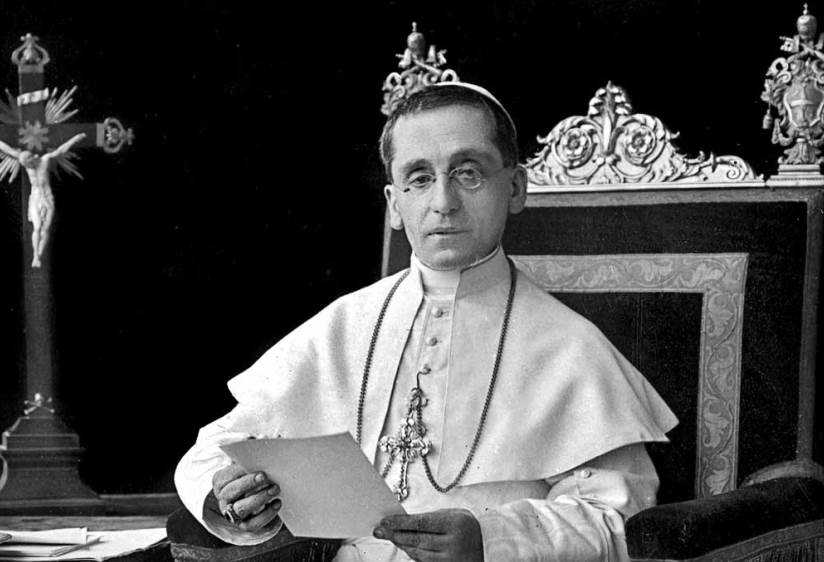 Special to The Journal: London, Dec. 11. The Chronicle’s Milan correspondent says that Pope Benedict XV, in approaching belligerent states with a view to mutual suspension of hostilities during Christmastide, beseeches them, in the name of the Divinity whose patronage they so frequently invoked or claimed, to cease the clang of arms while Christendom celebrates the feast of the world’s redemption.

Pope Benedict’s request for a twenty-four hour ceasefire on Christmas Day is repeated in headlines around the world today, especially in Germany, where the Kaiser’s government quickly accepts on condition that the other combatants also do. The allies of the Triple Entente will not reciprocate, however. Russia is still using the Julian calendar, and celebrates Christmas two weeks later than the West; the governments of Britain and France reckon the Kaiser will use any temporary armistice for treachery, and refuse to be saps. In one week, Benedict will admit that “Our Christmas initiative has not been crowned with success.”

But culture exerts its own influence over the masses now at war. Millions of Christmas packages and cards are being delivered to troops in December, including a mass-mailing from King George V. A season traditionally associated with peace, goodwill, and charity imposes its own special power on Christian men serving in all the armies, regardless of what their commands might say. In more practical terms, the exhausted armies are all licking their wounds by Christmas, holding back from any major offensives to rearm and reinforce their lines.

Although his bid for a general ceasefire fails, Benedict XV makes his appeal to the nations in an atmosphere of international outcry at the jaw-dropping casualty lists and brewing humanitarian crises on every front. He is therefore simultaneously a prominent, yet tangential shadow falling on one of the most misunderstood episodes of the Great War — the so-called ‘Christmas truces’ — and a genuinely important person in the wartime relief movement. 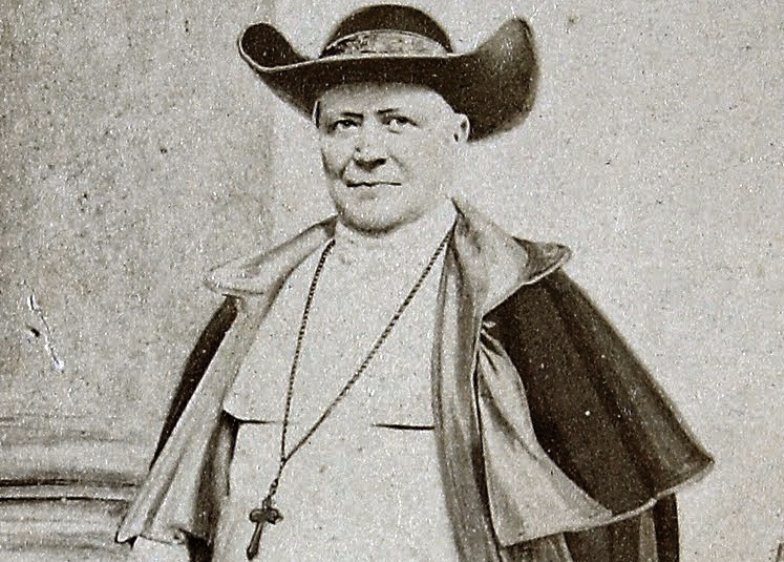 Pope Pius IX was the last pontiff to order men into battle in 1871, when the newly-united Kingdom of Italy invaded the Papal States. After the defeat of his 15,000-man army, Pius committed the church to pacifism — and codified the doctrine of papal infallibility

Before he was made Archbishop of Bologna in 1907, Giacomo Giambattista della Chiesa was a career Vatican diplomat. Elected to the pontificate by the synod of bishops just one month after the war began, his denunciations of war and militarism were immediate and unambiguous from the moment he took the title Benedict XV. Through a series of prayers, encyclicals, and apostolic exhortations, he will continue calling for all sides to lay down their arms and negotiate a fair settlement of disputes throughout the war. He is already resisting the Salandra government’s efforts to drag Italy into the conflict. Though these efforts fail, they establish a moral high ground from which he is already organizing for the relief of millions affected by the war.

Four days ago, the Holy See published a decree in L’Osservatore Romano, the Vatican newspaper, establishing several humanitarian initiatives. Many are aimed at the relief of prisoners of war. Local bishops and clergy are charged with visiting camps to report on conditions, using the church’s ancient systems of secure communications to circumvent state censorship and provide humanitarian transparency. In the Spring of 1915, Benedict will establish the Opera dei Prigionieri (Work of Prisoners), an organization that will handle more than half a million letters between prisoners of war and their families, advocate improved living conditions, conduct more than 700,000 missing person searches, and make tens of thousands of requests for compassionate release of sick and wounded men from captivity.

The Catholic church also focuses on abuses of civilians: the Papal Nuncio to Munich, Giuseppe Aversa, will successfully protest the deportation of Belgians to Germany, and the church will be among the most important institutions to sound an alarm over the Ottoman massacres of Armenians. The desperate plight of Polish Catholics displaced by the Winter fighting around Warsaw is already a focus of intense relief efforts at the Vatican. 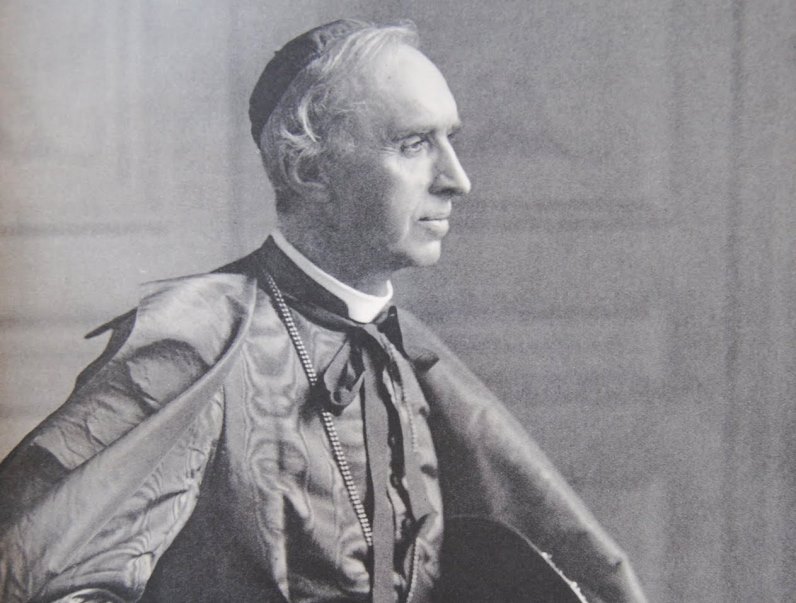 But the church is not without controversy during the war, for the bishops of those lands bearing the brunt of German occupation are decidedly less pacifistic than their pontiff. Belgian Cardinal Désiré-Joseph Mercier is swiftly becoming a symbol of national resistance; his January pastoral letter, Patriotism and Endurance, is a sanguine homily to the soldiers of Belgium as the country’s “saviors.” While Benedict calls for an end to nationalistic strife, saying that “nations cannot die,” the bishops of France and Belgium will present his January Prayer for Peace to their parishioners in a somewhat different light than the one he intended.

“If the rights of nations are not recognized,” Benedict says in his renewed diplomatic initiative next Summer, “the humiliation and oppression this would spark, would carry the yoke imposed on them into the future, paving the way for revenge and transmitting a sad legacy of hatred and revenge from generation to generation.” Renewing his efforts in 1917, Benedict puts forth a vision of postwar settlement that excludes onerous reparations or ethnic cleansing of territories, for he fears that a harder peace will inevitably lead to future bloodshed. He is not wrong.

Ironically, his administration will be a key step in the independence of the Vatican from a warlike and increasingly-authoritarian Italy. Benedict takes very public umbrage at the withdrawal of Austrian and German ambassadors from Rome, for even if Italy is at war, his church is not. Under his administration, Vatican City will stop accepting ambassadors from other states who also deal with Italy, asserting a diplomatic sovereignty that will later be matched by international recognition as a tiny, yet separate nation. 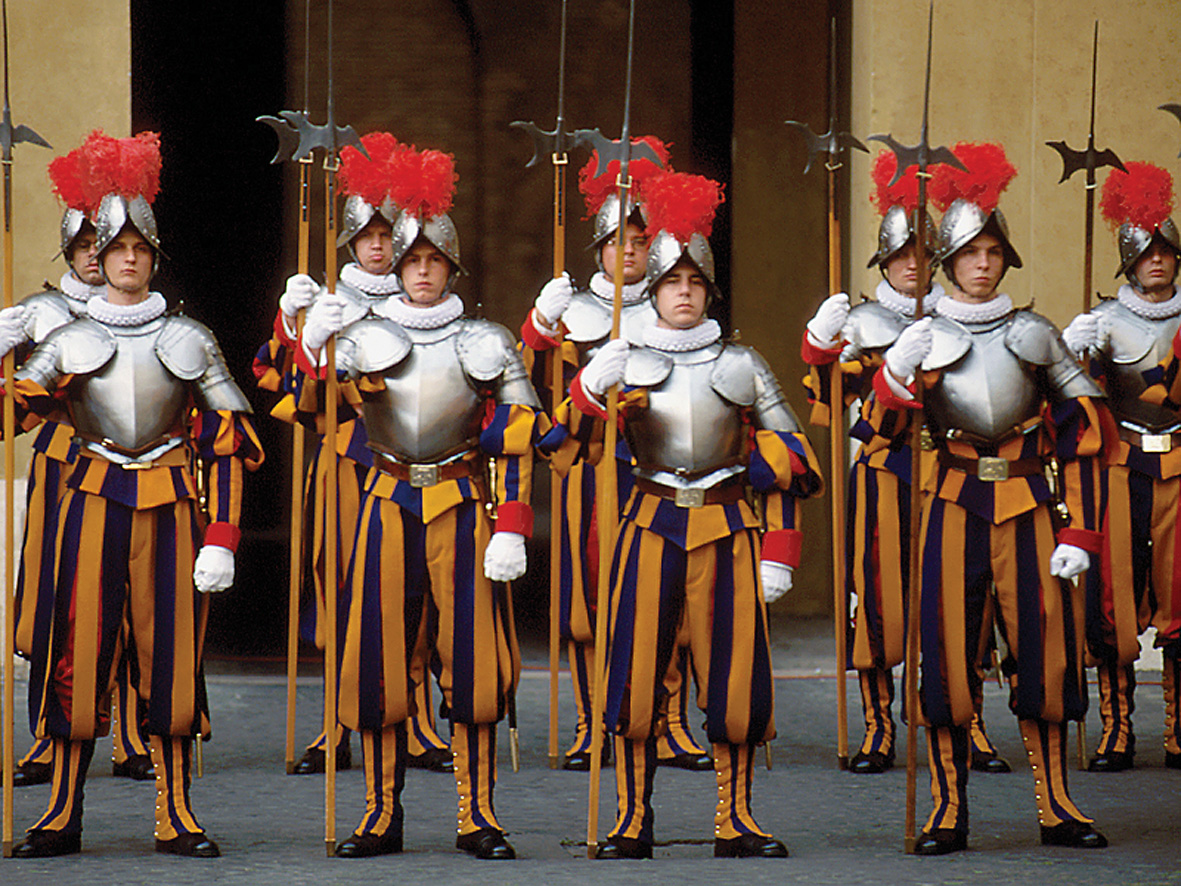 Commandant Jules Repond designed the famous Renaissance-era uniforms of the Pope’s Swiss Guard in 1914. The papal army was transforming from a military force to a ceremonial and security service