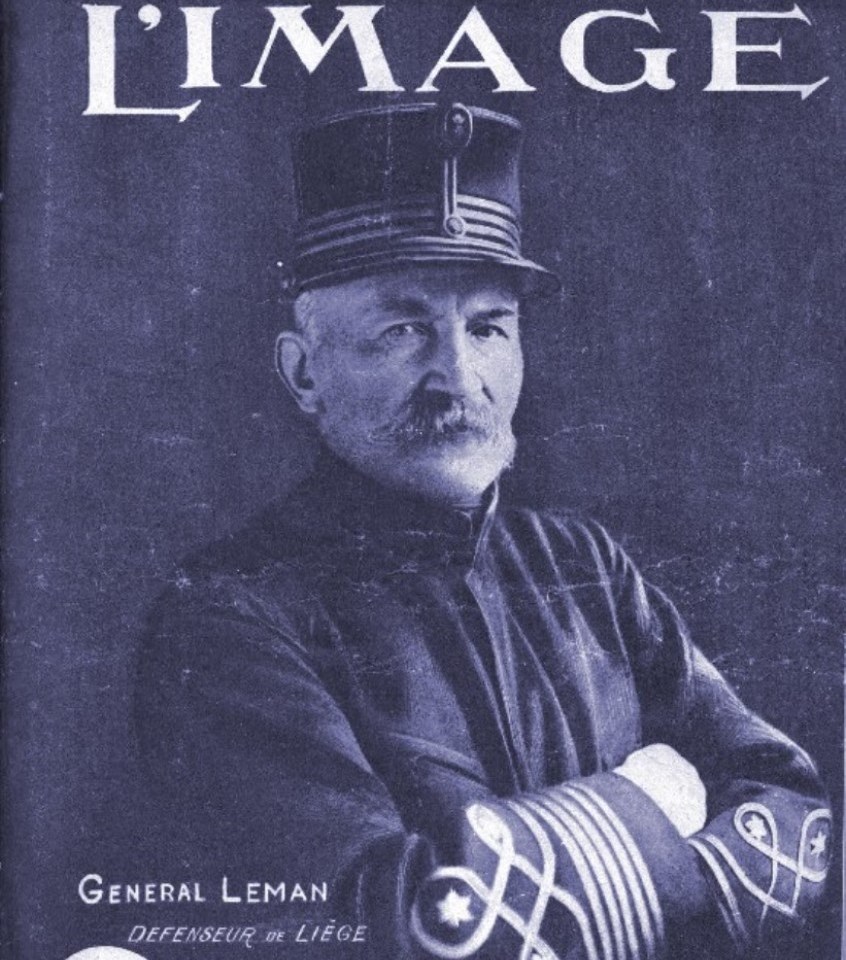 At just after five in the afternoon today, a final barrage by two Big Bertha guns finds the ammunition bunker of Fort de Loncin, where General Gerard-Mathieu Leman commands the collapsing defense of his country’s great stronghold. The next day he will write an apology to his monarch for surviving the resulting blast. 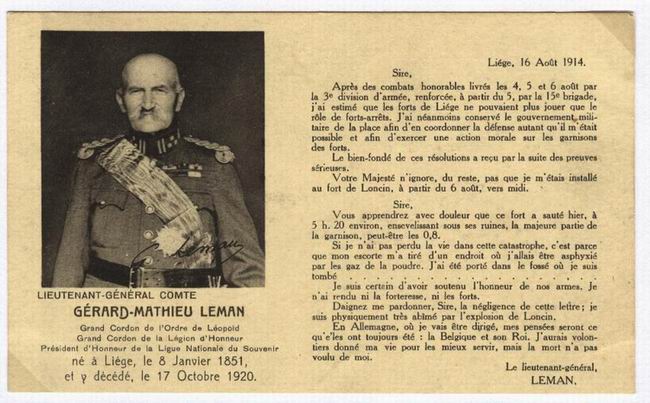 You will learn with grief that the fort was blown up yesterday at 5:20 p.m., the greater part of the garrison being buried under the ruins. That I did not lose my life in that catastrophe is due to the fact that my escort, Commandant Collard, a sub-officer of infantry who unfortunately perished, the gendarme, Thevenim, and my two orderlies, Vanden Bosche and Jos Lecocq, drew me from a position of danger, where I was being asphyxiated by gas from the exploded powder. I was carried into a trench, where a German captain named Guson gave me a drink, after which I was made prisoner and taken to Liege in an ambulance. I am convinced that the honor of our arms has been sustained. I have not surrendered either the fortress or the forts. Deign, Sire, to pardon my defects in this letter. I am physically shattered by the explosion of Loncin. In Germany, whither I am proceeding, my thoughts will be, as they have ever been, of Belgium and the King. I would willingly have given my life the better to serve them, but death was denied me.

Indeed, the cataclysmic damage has left hardly anyone alive. Postwar studies will show that the forts were not built to resist the next generation of shells, and the Belgians will try again, but even the most improved fortifications will never suffice in the new century. The deepest bunkers and most massive bulwarks cannot defeat the revolutions in explosive technology yet to come during the 20th Century, while maneuver will consistently defeat static defenses. 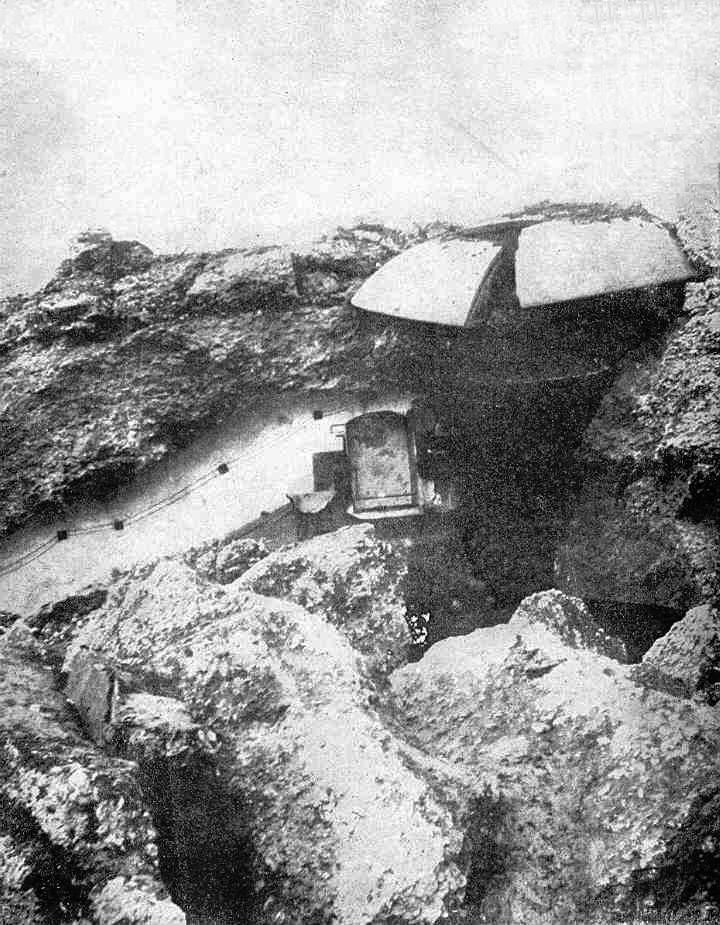 Destroyed fortifications of Liege after the ammunition bunker was hit. Note the exposed walkway to the turret

Meanwhile, town names in the part of Belgium that has already fallen today include Malmedy and Bastogne, place names that will become associated with the climactic battle of a second war. Belgium’s great dilemma is her need to defend national independence without armies; after two wars where fortifications fail them, Belgians finally decide to guarantee that independence by giving up their neutrality to join the North Atlantic Treaty Organization and the European Union, both of which are based in Brussels.

The cost of Belgian honor is quite grim. Thousands are already dead. Perhaps because of this unexpected resistance, the Germans are committing atrocities against civilian populations. Right now, refugees clog roads throughout the small nation, for a great displacement is underway: Belgian refugees have been arriving in France and England for days. The British Navy is ready to clamp Belgian ports shut, but King Albert’s nation imports three quarters of its food, and the Kaiser will reject responsibility for the well-being of Belgians. By October, the shadow of famine lies darkly upon the land.

The issues of refugee populations, statelessness, war crime, famine, and occupied nations are not new at all. They are in fact quite ancient, but in the modern mind they will come to be universally defined by this war, which will spur innovation in all of these tribulations as well as the human capacity to respond to them. Throughout the 20th Century, new international institutions and organizations will be created to ameliorate these problems in war zones, and all of them will look to the Belgian relief model. 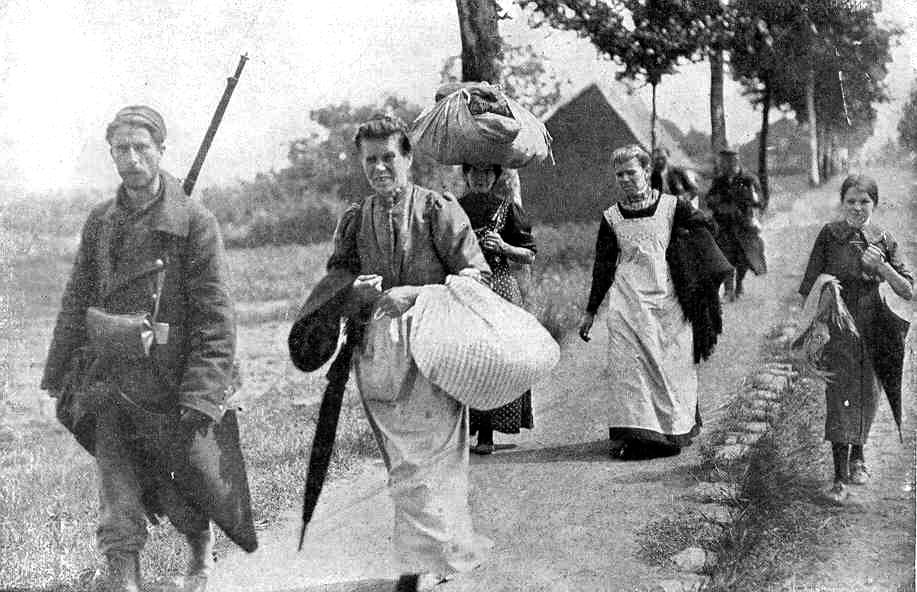 Belgian refugees on the road to Brussels. Note the woman carrying her belongings on her head