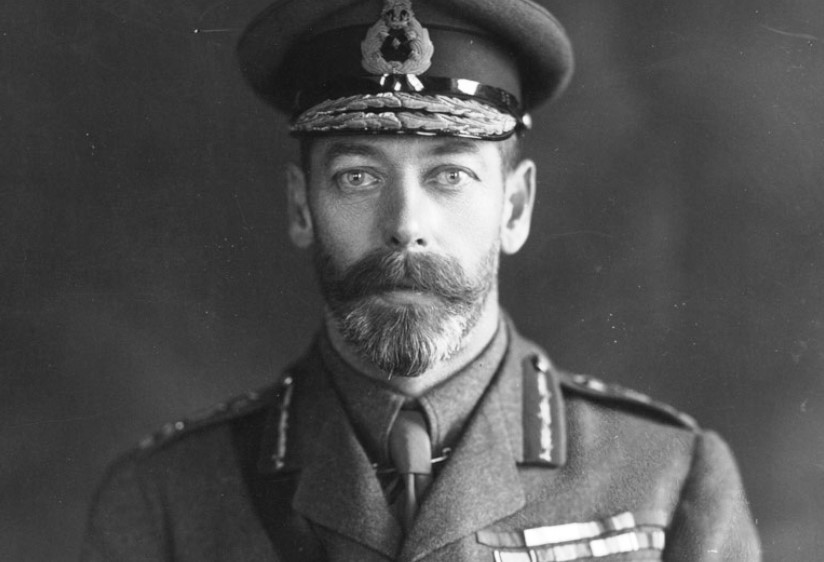 Being a monarch means you no longer belong to yourself. Before her death in 1901, Queen Victoria expressed a wish that no future British royal personage should bear her beloved, departed husband Albert’s name. So when her grandson George Ernest Edward Albert became “King of Great Britain, Ireland, and the British dominions beyond the seas, and emperor of India” in 1910, he used his first rather than last name out of respect for her wishes. His wife Victoria Mary also drops her first name for the same reason, becoming Queen Mary. Responding to public pressure, in 1917 King George V will change the name of his noble house from ‘Saxe-Coburg and Gotha,’ as inherited from his German grandfather, to Windsor, after the place of his baptism.

Raised at the bosom of Britain’s landowning gentry in Norfolk, King George represents the rising values of Britain’s upper-middle class — the bourgeoisie — rather than the traditional aristocracy, which is in decline. The opera and theatre bore him. He has never been an intellectual, but he is a keen hunter and sportsman who thinks of himself as “a very ordinary fellow,” and indeed he seems to enjoy presenting Football Association cups at least as much as the pomp and ceremonies of the state. 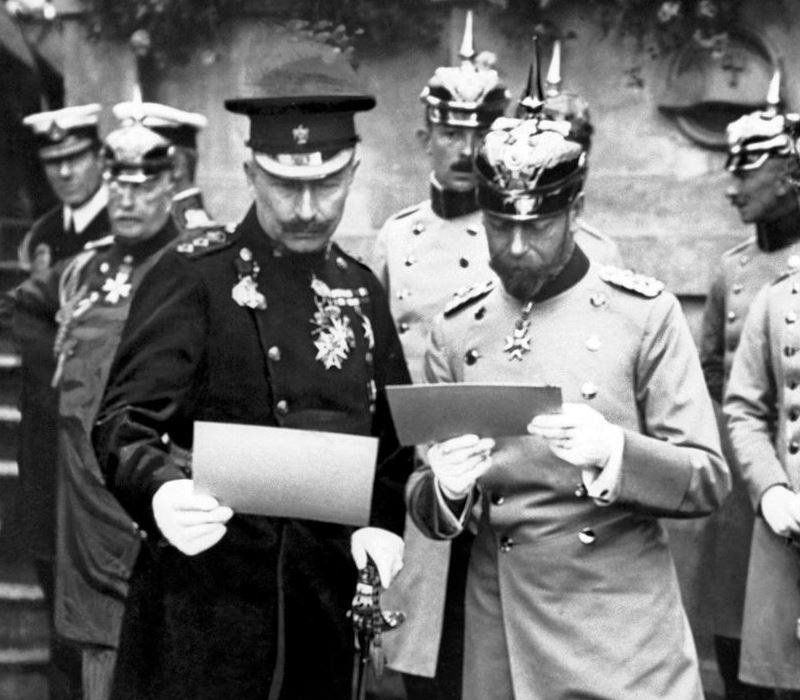 Kings and cousins: Wilhelm II and George V before the war, when both men wore the military uniforms of each others’ countries

Convinced that Germany was bent on war, George has been a hard-nosed realist about the raging ambitions of his cousin Wilhelm II, Kaiser of the German Empire. When his Foreign Minister Sir Edward Grey told him on August 2nd that Britain had no justification for declaring war on Germany, he replied: “You have got to find a reason, Grey.” That very night, German troops crossed into neutral Belgium, giving British King and country the reason they needed to end the German threat to Britain’s global commercial and financial dominance.

Today, George V arrives in France for a historic visit with his allies, dressed in the khaki uniform of a British officer, belonging a little less to himself than ever. The scripting and formality of state visits has not increased that much in the last century. George is used to it by now; he began his reign with a Festival of Empire in London, then departed for the Delhi Durbar, where he became the only British monarch to personally attend his imperial coronation in India.

This week, he takes time to meet with the Indian troops serving on the Western Front, listening to their princes and satisfying himself of their good morale. He inspects hospitals, and observes the collection and processing of thousands of intelligence reports at the British Army’s French headquarters. Touring an aerodrome and a quiet stretch of the trenches, he watches a German bombardment near Ypres and witnesses fighting on the Yser. There are many meetings: in Paris, he confers the Order of the Bath on the President and Prime Minister of France, then awards the Grand Cross of St. Michael and St. George to Joseph Joffre and a squad of French generals. On the fourth day, he meets King Albert at the last frontier of ‘free’ Belgium.

All along his tour route, British troops march onto roadsides and cheer him three times as he passes in salute. More than once, his entourage pulls over at a hollow troop square to award Victoria’s Crosses and other decorations. He is shown the straw-filled bags that troops in the front-line trenches use to stay warm. 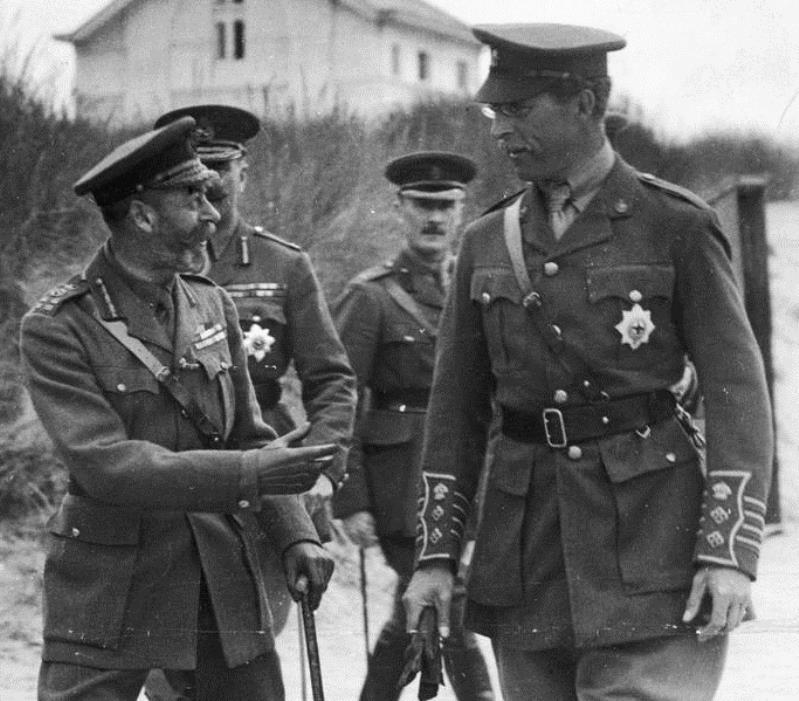 Meanwhile, a combat air patrol buzzes overhead during the entire field tour, for the British Army is taking no chances. One of the great ironies of the 20th Century is that while democracy trends in the world, executives and heads of state become ever more removed from those they govern by a professionalized cadre of high-tech guardians. The American Secret Service is just one example of this trend, while the assassination that sparked the Great War remains a primary argument for the continued existence of such services even in the 21st Century.

The King is not free to explore the war zone on his own, or ask men huddled against fire and ice whether they are comfortable. Even in 1914, the very idea of him taking one step away from his escorts, or uttering an unconsidered word, is unthinkable. George V does not belong to himself, and this tour is not for his benefit.