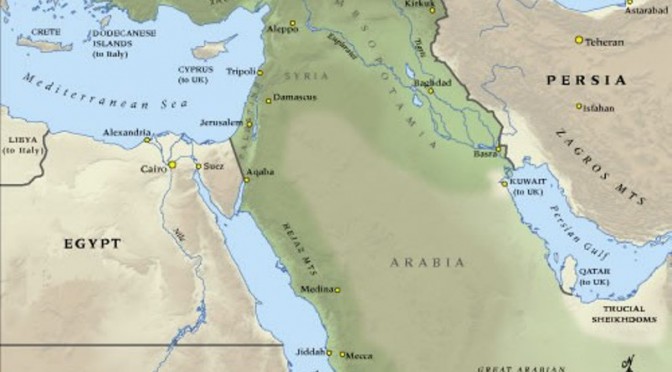 The empire’s decline began during its golden age when Portuguese seafarers rounded Africa, but has accelerated in the last century as Britain gained control of Egypt and finished the Suez Canal. Called “the sick man of Europe” mainly for the decline of its monarchs and a slow rate of industrialization, the Ottoman Empire has seen trade revenue decrease as its trade routes have declined. Modernity and modernization were almost nonexistent in a society still dominated by agriculture when the Young Turks restored the constitutional monarchy just six years ago. To make matters worse, in the wake of its lost wars the empire has already absorbed millions of refugees from the territories that it has lost. The imperial army is still decrepit, and its navy even worse. Germany will be forced to supply the bulk of military training and modern weaponry during the coming conflict.

Curiously, T.E. Lawrence, a man whose name will be forever linked to the destruction of the Ottoman Empire and the history of the Middle East since, is in Oxford 100 years ago today. He is finishing The Wilderness of Zin with C. Leonard Woolley, their report on the Syrian archaeological expedition from which they have just returned. Lawrence does not hurry to enlist, knowing that if war does break out his skills will eventually be in demand.

Also today, Mustafa Kemal Attaturk is a military attache in Sophia, Bulgaria doing his best to lobby for his nation to stay neutral in the coming conflict. Although he has been promoted to Lieutenant-Colonel in the position, his appointment is actually a bureaucratic exile: Minister of War Enver Pasha, advocate for war with the Triple Entente of Russia, France, and England, considers Attaturk a rival.

Finally, General Douglas Haig is commanding the 1st Army Corps in the British Expeditionary Force — a strategic command that he designed as director of military training in the War Office. An experienced combat commander, he will preside over the deaths of millions in Europe before being dispatched to Egypt; though he does not know it, his campaign in Palestine will create the boundary lines of the conflict that rages in the region now, a century later.

Why blog about the Great War? Because we still deal with the consequences of this holocaust today.