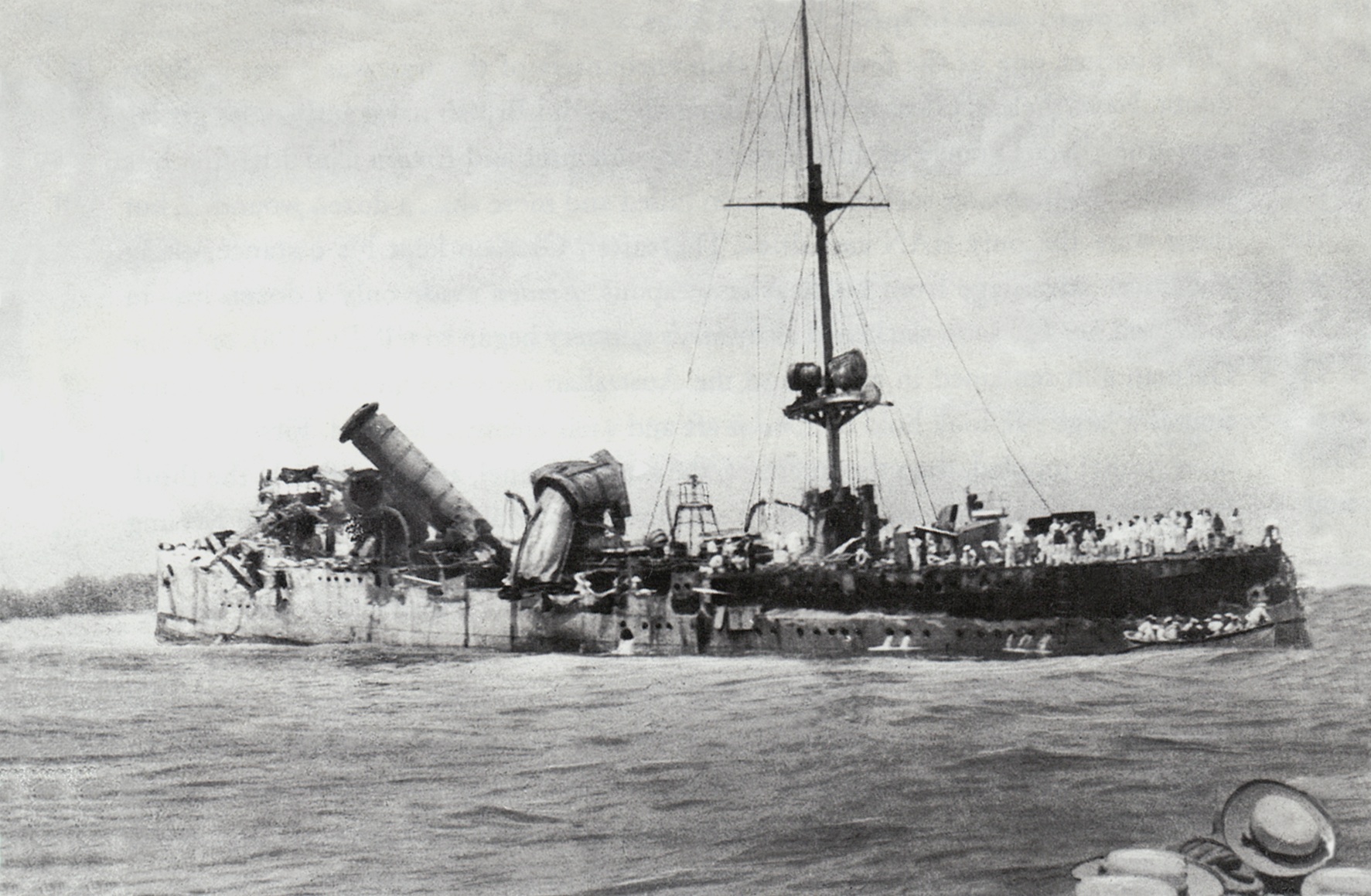 Just after first light today, a Chinese laborer on Direction Island stops one of the British wireless station operators to tell him of a strange ship he has just spotted in the remote anchorage. After the station superintendent gets a look at her, he has his employees immediately begin signalling: “S.O.S. Strange ship in entrance.” When radio interference fills the air, they assume it is hostile jamming, and their message changes to: “S.O.S. Emden here.”

Indeed, that strange ship is the SMS Emden, a German cruiser that has torn a path of destruction through Britain’s maritime empire for more than two months. Capturing or sinking over two dozen merchant ships, she has pulled off a daring and destructive raid on the Indian port city of Madras, then surprised and sunk a Russian and French ship in harbor with torpedoes.

Captain Karl von Müller approached the Cocos Islands under cover of darkness last night, and now a fifty-man shore party lands on the dock using the ship’s steam-powered pinnace and two cutters. Entering the wireless station, they order the staff to cease transmission and then begin trying to destroy the antenna. They also cut the undersea cable which runs through the island. But those missions prove time-consuming, and the Emden’s wireless operators soon report an unknown ship calling the station as its signal grows stronger. Upon sighting an approaching cruiser at half past nine o’clock, Müller signals the shore party and leaves in a rush to get his steam up for a fight.

The HMAS Sydney, a heavy cruiser belonging to the small but proud Australian navy, has heard the station’s distress call and made for the Cocos at flank speed. Her arrival brings the end of Müller’s brilliant career — and the beginning of a second adventure story every bit as good as the first. 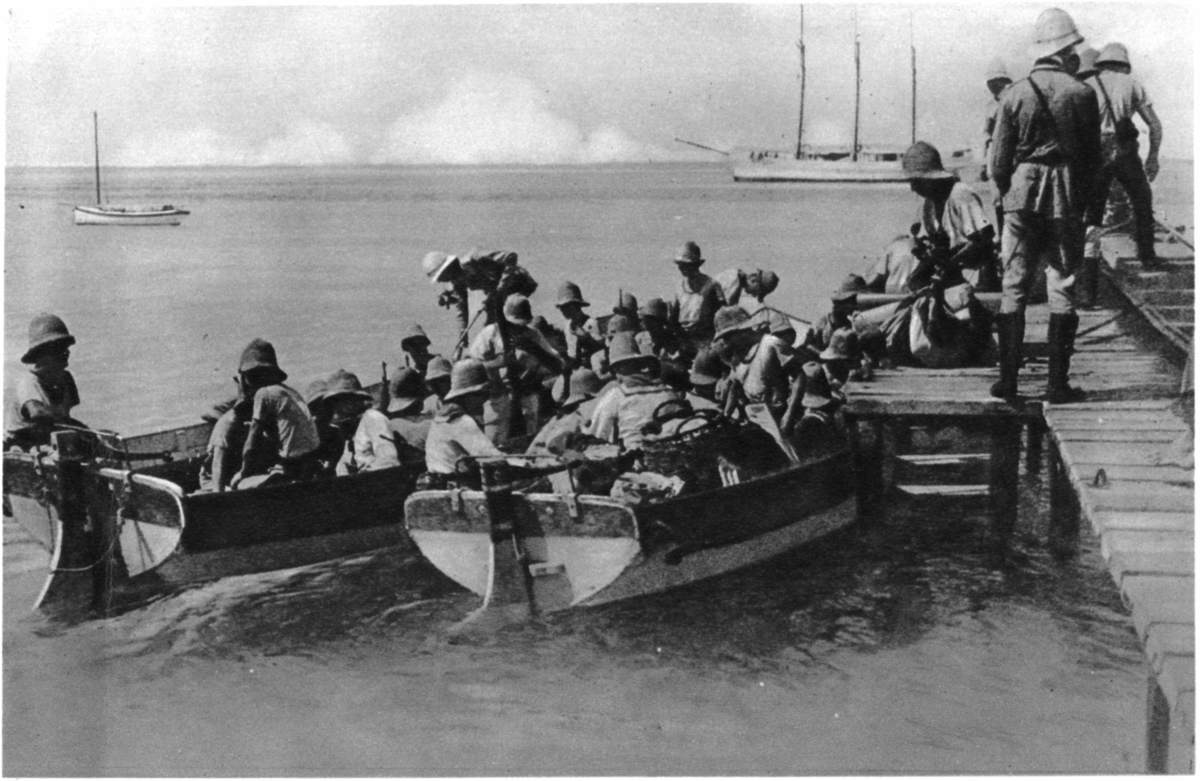 The Emden starts out well, surprising the Australian ship with the range of her guns. At about a quarter to ten, their fourth shot hits the Sydney‘s targeting section, damaging her fire control apparatus and forcing the Australian gun crews to aim manually. But then the Sydney opens the range, hitting her quarry repeatedly from a distance that Emden cannot answer, and by ten o’clock Müller’s gun crews have stopped trying to return fire. Moments later, hits destroy the Emden’s fire control, wipe out port No. 1 gun, and set the stern ablaze with a direct hit on the ammunition for port No. 4 gun. Shells also punch holes in the engine room’s steam piping, and the ship’s internal communications system fails.

Müller tries to position his ship to fire torpedoes, but Captain John Glossop of the Sydney wisely stays out of range. By eleven o’clock, with the Emden’s foremast shot away and a sixteen inch hole in the waterline, Müller decides to run his ship aground rather than sink and drown. Glossop soon realizes his enemy’s intentions and increases his ship’s rate of fire until about 11:20, when it is clear that his quarry will not be going anywhere and his guns have expended more than a hundred rounds of ammunition.

But instead of lingering, the Sydney races off again after the Buresk, a captured coal ship commanded by a prize crew from the Emden. Unable to get away, they elect to scuttle her and become prisoners of war, consuming the afternoon. When she returns, the Emden’s ensign is still flying, so Glossop pounds the wrecked boat with shells again. On ceasing fire, he offers no help to the stranded enemy, but returns to Direction Island after 4 PM to find Lieutenant Hellmuth von Mücke and his shore party already gone. 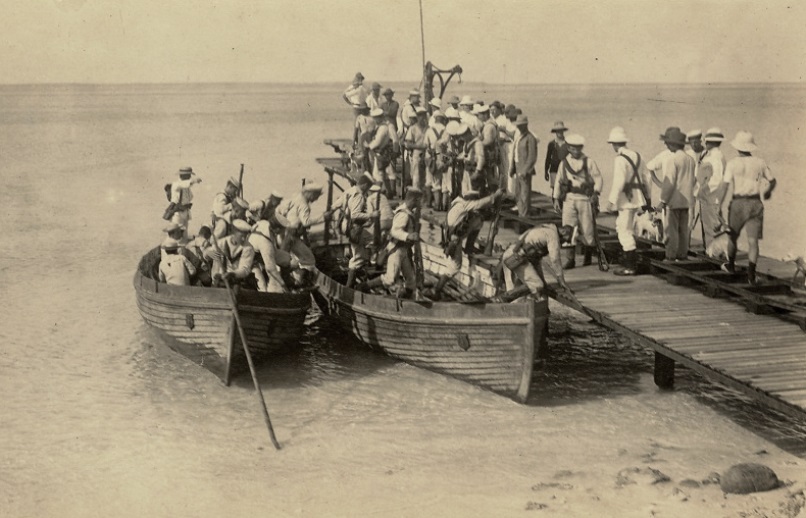 The Sydney‘s shore party arrives too late to catch the Emden‘s crew. The entire battle unfolded within view of the residents at nearby Bantam Island. Photo via Navy.gov.au

Mücke has rifles and machine guns, and as he watches the battle in dismay he considers digging in to defend the island against the British Navy. But an old schooner lying at anchor beckons. Unlike most of his sailors, Mücke originally trained on a sailboat; the station staff warns him that Ayesha is barely seaworthy, but the island is impossible to defend. Using the steam pinnace to pull the boat out of harbor, Mücke hoists sail and tacks towards the neutral Dutch territory of Sumatra. It is the beginning of an epic journey in which they will travel more than 8,000 miles across the sea, and through the hostile Arab desert, before arriving in Constantinople.

But for Müller and his surviving crewmen on the Emden, the adventure is over. Now there are only the harsh sun, fires to fight, code books to destroy, guns to spike, and casualties to tend. Sea birds attack the wounded on deck. The surf proves too difficult to reach the shore of North Keeling Island without the boats that Mücke’s shore party took with them. The Sydney does not return to rescue them until 1 PM tomorrow, leaving them to spend the night on the open deck of a smoldering ruin. 134 German sailors are dead, 69 are wounded, and 157 are unharmed but made prisoner.

The last cruise of the Emden has embarrassed the British Admiralty, raised commodity prices in world markets, and spiked shipping insurance rates. More critically, while the Emden ran amok in the Indian Ocean the British Navy was forced to move troop ships in convoys, with escorts, delaying the arrival of reinforcements to the African theater and the brand-new Middle Eastern theater. Müller’s campaign has even left a permanent mark on the Tamil language, whose speakers still refer to sneaky, sly or clever people as emdena.

But the denouement of this daring mission is the high water-mark for the Kaiser’s cruiser fleet, which has won a series of brilliant victories. After today, there will be no more victories in the cruiser war. 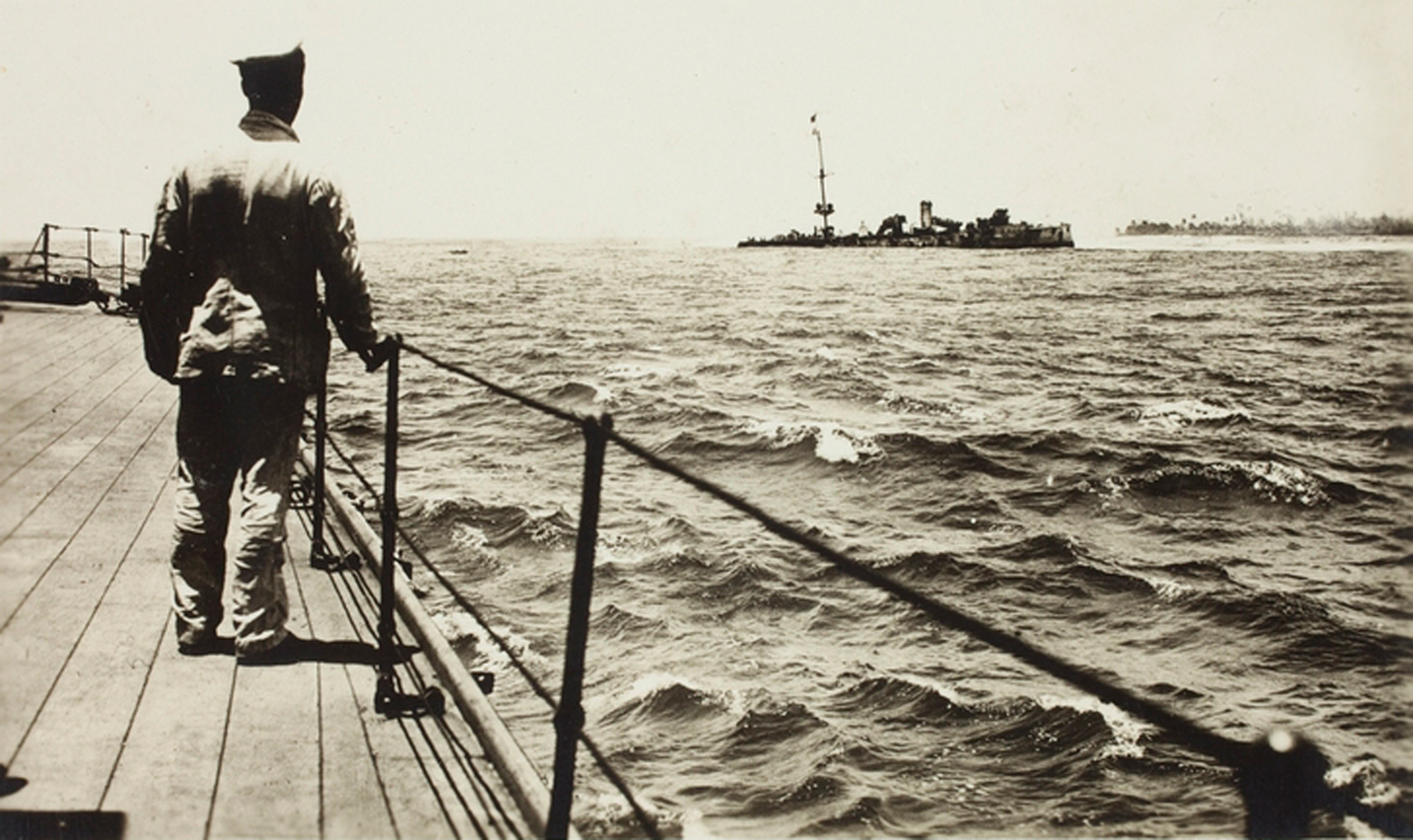