Above: Turkish troops at war against Italy in 1911.

The Ottoman Empire is not called ‘the sick man of Europe’ for nothing. In 1914, Turkey lacks the industrial base for modern weapons or the trained officers to command them. Still smarting from a series of defeats it has suffered against Italy in 1911-1912 as well as in the Balkans during 1912 and 1913, the Ottomans have yet to replace their losses.

This decline explains why a German admiral, Wilhelm Souchon, commands the Turkish fleet today as it begins an attack on the Tsar’s Black Sea Fleet. His command includes two German cruisers, the Goeben (below) and the Breslau, that he led to safe harbor with Turkey after a dramatic chase by the British navy in the eastern Mediterranean. They have been reflagged for the Sultan along with their crews, greatly increasing the Ottoman Navy’s firepower at a stroke.

At about three o’clock this morning, two Turkish destroyers fire on three boats at the port city of Odessa, in what is now Ukraine. Both gunboats and the minelayer are swiftly set afire, but the attack is premature and the warning reaches Sebastopol an hour later by radio. Souchon, who overhears the message, still brings the Goeben within range of their targets two hours later. After an exchange of fire, he is driven off by the Russian shore batteries with a boiler put out of action. 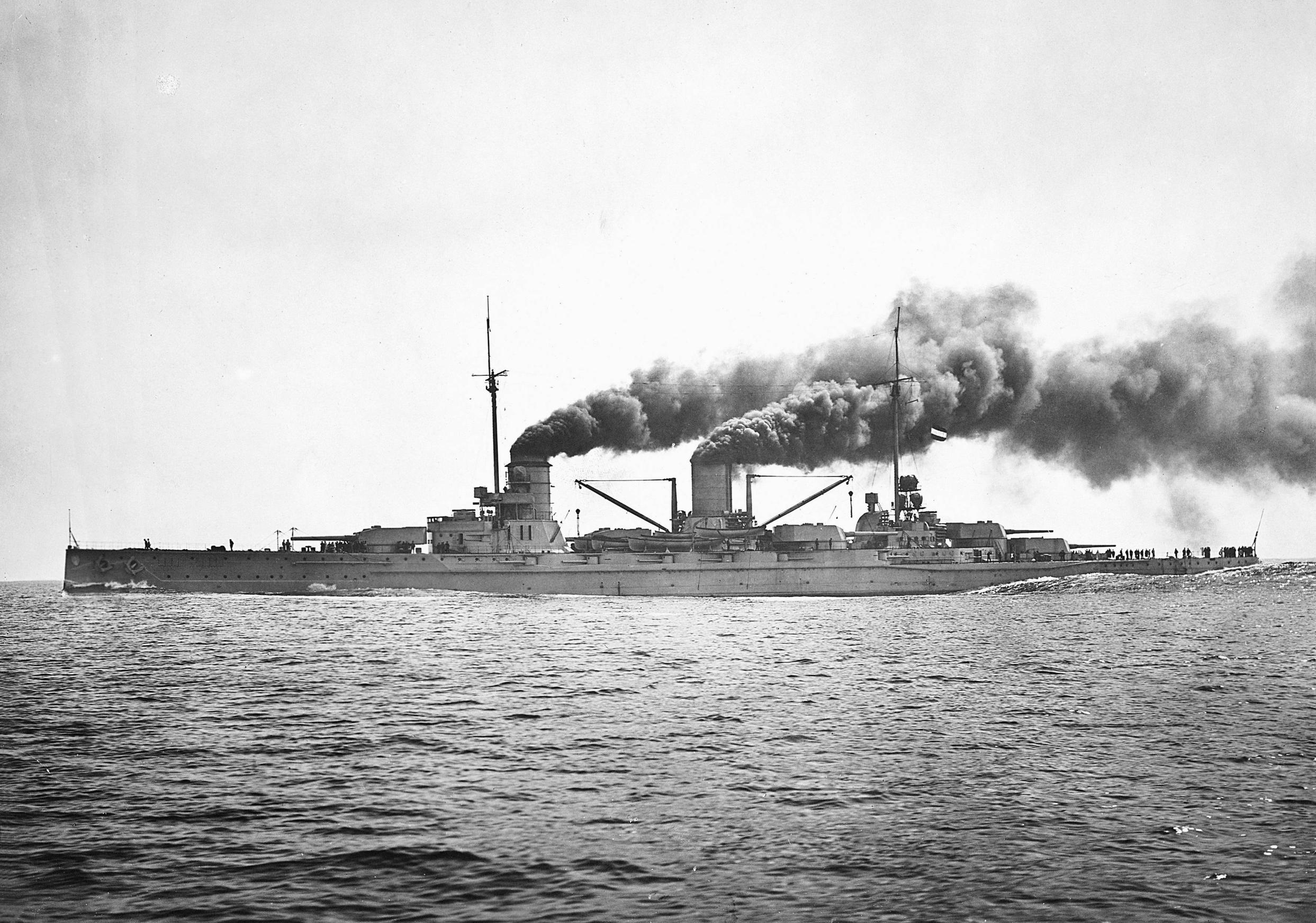 The SMS Goeben, one of two German cruisers that escaped a British dragnet to serve the Ottoman Navy

Before noon, two more actions unfold that were supposed to have been simultaneous: another combined force led by the Hamidieh, a successful commerce-raider of the Balkan Wars, fires on Theodosia after warning civilians to evacuate and evacuating the consulate, causing heavy damage to the port and defenses as well as the cathedral. After laying five dozen mines in the Kertch Straits, the reflagged Breslau fires 300 shells over two hours into the oil tanks and ships in the harbor of Novorossisk.

The combined force returns to home harbor in the Bosphorus with three ships damaged; they have destroyed twenty commercial and military vessels. Ottoman Minister of War Enver Pasha’s objective of strategic surprise has been achieved despite a flubbed execution. It is the first of four potential offensive campaigns that he has discussed with his German interlocutors; the others will not be so successful. 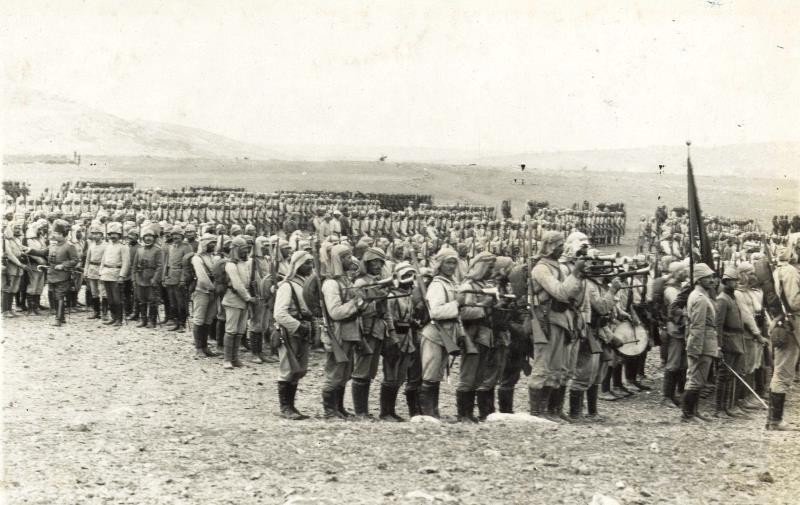 The Ottomans’ alliance with the Central Powers has enormous consequences even today, but Enver Pasha’s attempt to reinvigorate imperial power is a decision made from weakness, best understood as a desperate gambit in desperate times. Indeed, he has no war aims to reclaim lost territories, but merely seeks to preserve the empire and control the Black Sea. The alliance, which has been conducted in secret since August 2nd, requires relatively little of Germany or Austria to greatly distract Russia and Britain right now. But in the fullness of the conflict it will prove a crucial drain on their limited resources.

It will take two more days for the last diplomatic efforts to fail; by then, the Entente powers will already be counterattacking. The already-reduced Ottoman Empire is still too large, and too surrounded by enemies, to outlast its rival empires in a total war. As the former glory of empire fades into defeat and destruction, millions of lives will be snuffed out in some of the most infamous battles and atrocities of the Great War. 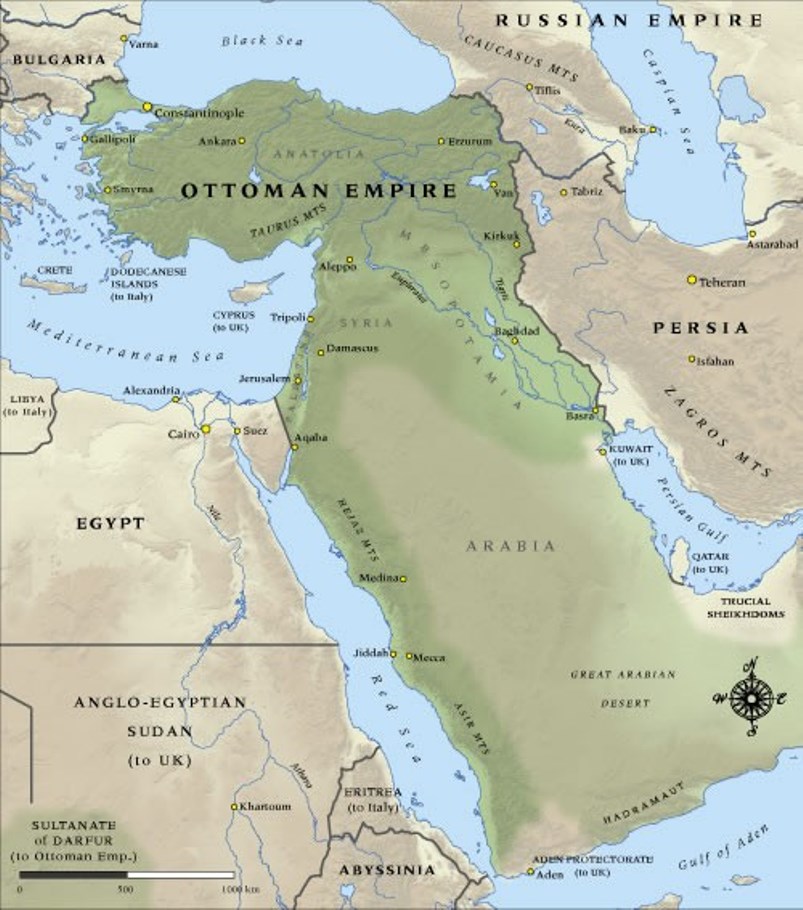 Already a shell of its former self, the eventual collapse of the ‘sick man of Europe’ led to the modern Middle East. But first, millions would die in Turkey’s imperial death throes