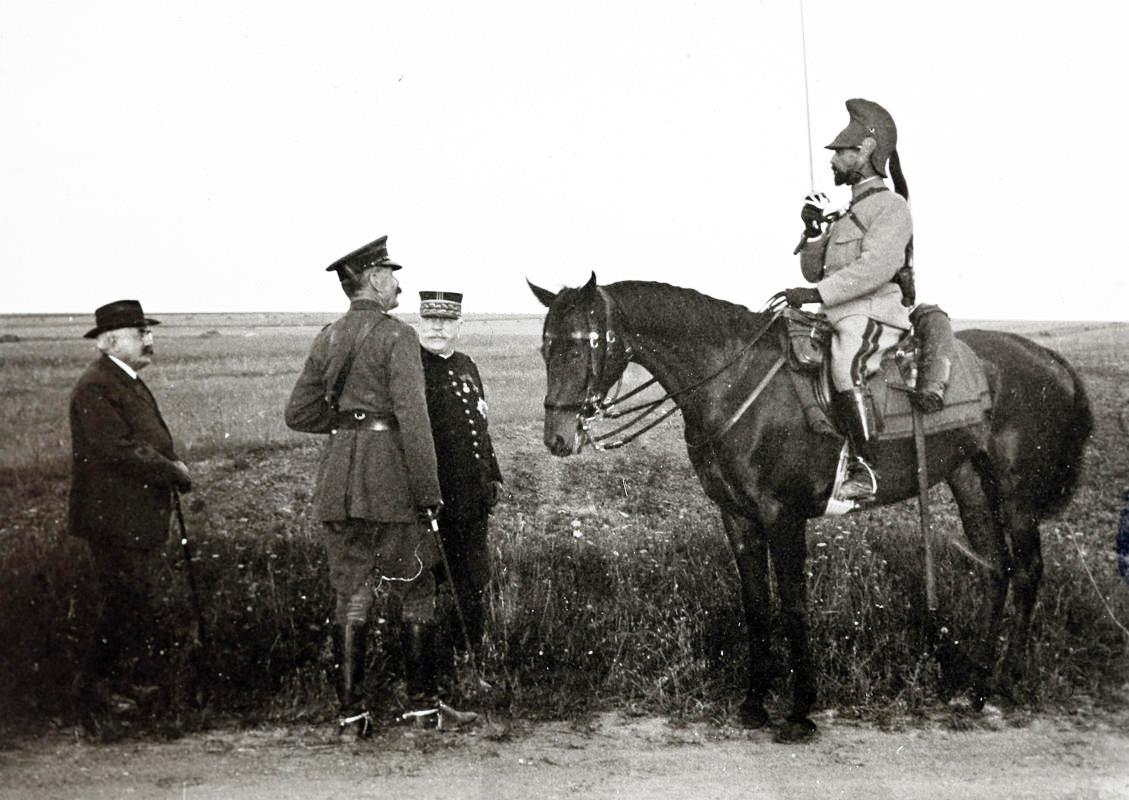 Today, the Auckland Star of New Zealand publishes a profile of Joseph Joffre, commander in chief of the armies of France. Part of a public relations offensive to conceal the abiding mistrust and lack of cooperation between British and French high commands, the article reflects both governments’ resolve to maintain the alliance — and opens with a glowing paean to the wartime national security state that France has become.

“I assure you,” the French Minister of War said to me, “that if I were to take a motor car and drive into the zone of operations without General Joffre’s permission, General Joffre would have me turned out.” So writes the “Daily Telegraph’s” Paris correspondent.

The Minister said this not only without resentment — he said it with pride. That is the spirit in which the French are making war. And General Joffre, who is in supreme command of their armies, is just the man to take full advantage of that spirit. He is a soldier who believes that when fighting has begun, no pity, no personal favour, above all no politics, should be allowed to influence in the slightest detail the conduct of the campaign. He must be, within the zone of operations, undisputed master.

[…] He maintains that the warlike genius of the French is as strong as ever. He will not admit that the increase of luxury resulting from the greater complication of life and the growth of huge cities has weakened the dash and vigour of French troops. The duty of a French general, he believes, is to use that dash and vigour to the full.

The photograph above shows Joffre meeting with Lord Herbert Kitchener in Eastern France in 1915. Known affectionately as Grandpère by the men who serve under his command, the article notes that Joffre is perhaps the closest analogue France has to Kitchener, the architect of the Army Britain is building. The French Minister’s pride is not unlike the British citizens who, by 1916, will speak of Kitchener as if he was the true Lord and Master of Britain.

That Joffre would feel prompted to argue France is not too cultured, too effete, too scientific, too liberated, too French to defeat the Kaiser’s sturdy soldiers speaks to how old, and frankly stupid, that particular stereotype really is. In fact, French soldiers have shown amazing courage and tenacity in the Great War so far, dying in their tens of thousands to stop the Germans from once again encircling Paris like they did in 1871. Not all that bleeding has been necessary, but all of it has reflected Joffre’s ‘spirit‘ — élan.

The French army fights and dies at his will. 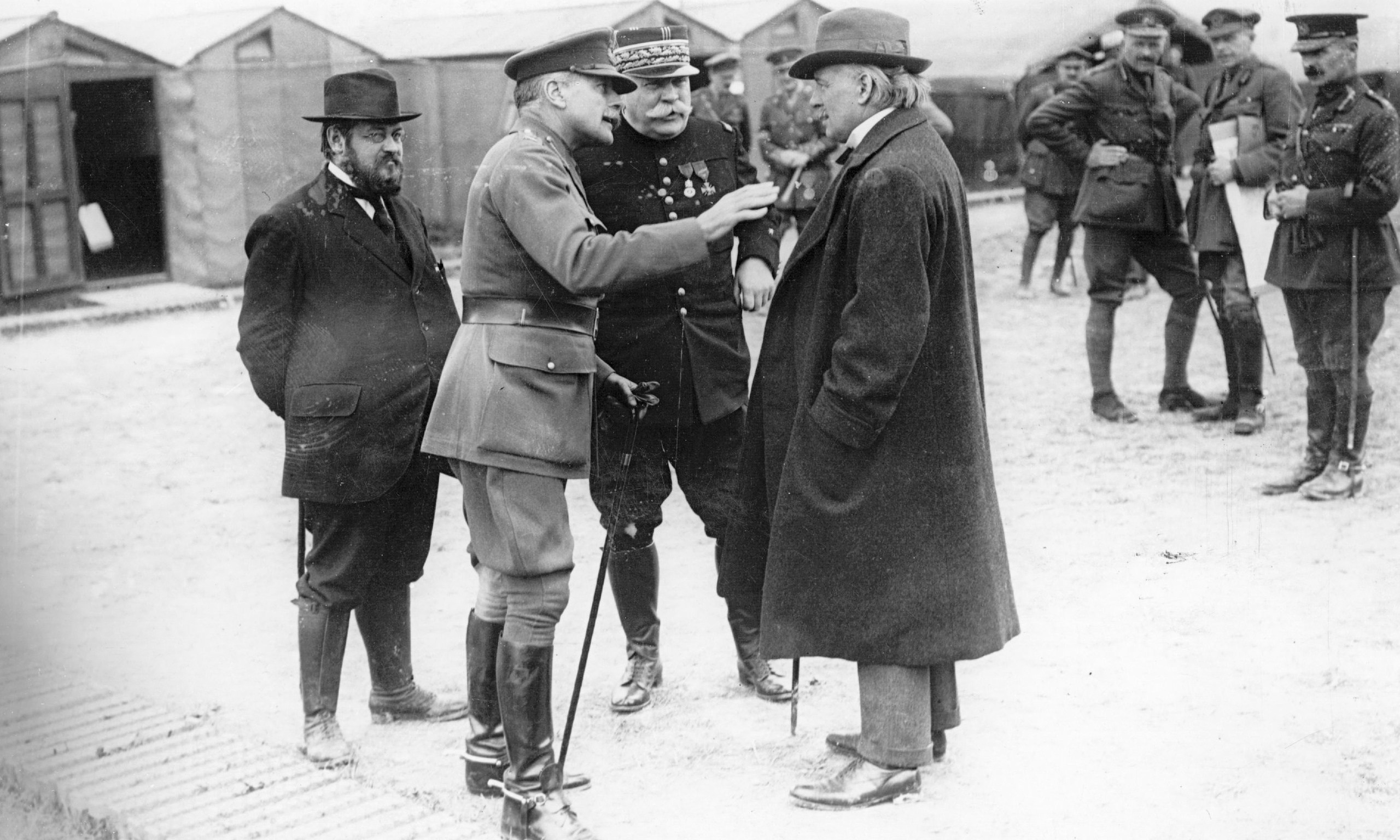 Joffre with Lloyd George and General Sir Douglas Haig. Unresolved divisions and deep distrust made the alliance much less solid than its constituent states wanted their mutual enemies to believe

Joffre belongs to a generation of French generals trained to think of the offensive as the only decisive means of winning battles. Plan XVII, the secret operational document Joffre authored before the war, emphasizes massed infantry charges in column, with fixed bayonets. This approach proved disastrous when the German armies in Belgium turned out to be much larger than expected. The attempted execution of Plan XVII wasted tens of thousands of French lives trying to retake the provinces of Alsace and Lorraine, French territories lost to the Kaiser in the humiliating aftermath of 1871, while the bulk of the Imperial German Army descended on their northern flank.

France herself has only seen half the population growth of Germany since her last war with the Prussians, so she is hard-pressed for armies. Like Britain, France has already begun solving her manpower demands with troops and laborers from her colonies in Africa and Asia. Joffre not only has absolute authority within the war zone, but like Kitchener his will is also being felt throughout the global French empire as it organizes for total war.

Joffre is one of a very few French generals to earn some measure of real battle experience prior to the outbreak of the Great War. After taking part in the defense of Paris from the Prussians as a cadet, Joffre led French armies against China in modern-day Taiwan and Vietnam. These colonial battles developed his reputation as an aggressive commander, paving the way for his advancement. He had been Chief of Staff for three years when the war began; old and overweight, he had expected to be retired in August, but that is just one more plan that has gone awry. 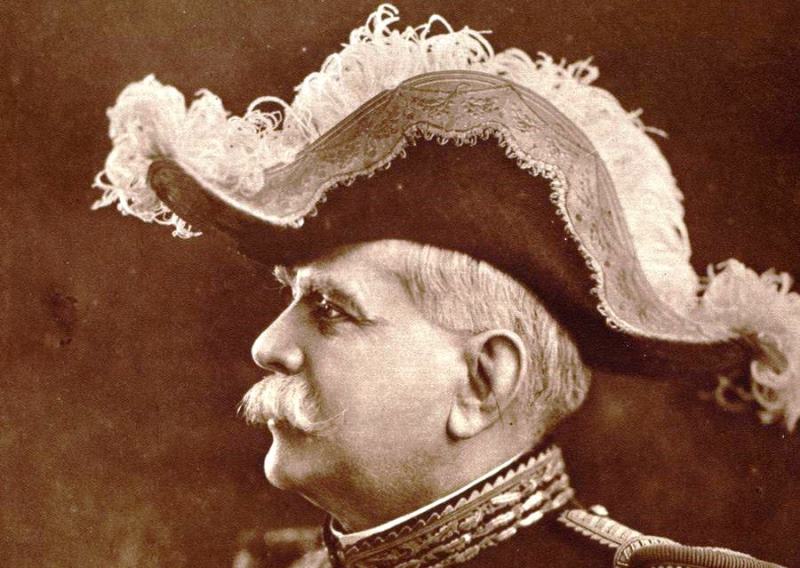 Joffre’s finest hat, worn only at official functions, was a relic of the 19th century, just like his battle plan

Joffre’s remark is also an answer to the widespread stereotype of French insecurity about her place in the world: are her best years behind her? Can her young men make France great again?

Speaking to these questions on a recent Sunday, French cultural critic Henri Massis wrote with awe: “There are few generations that have begun their lives with such a feeling of renunciation and humility; and that is precisely the meaning of these words that one of our men uttered one day: ‘We are a sacrificed generation.'” Co-author to two of the most influential works of the prewar years, Massis welcomes that sacrifice, declaring that French youth have prepared their minds and bent their wills to making it.

Joseph Joffre does not lead lambs to slaughter; rather, he sends willing men who sacrifice themselves. At least, that is what the French will keep telling themselves until it becomes absurdly clear that willpower alone cannot triumph over hot lead and high explosives. 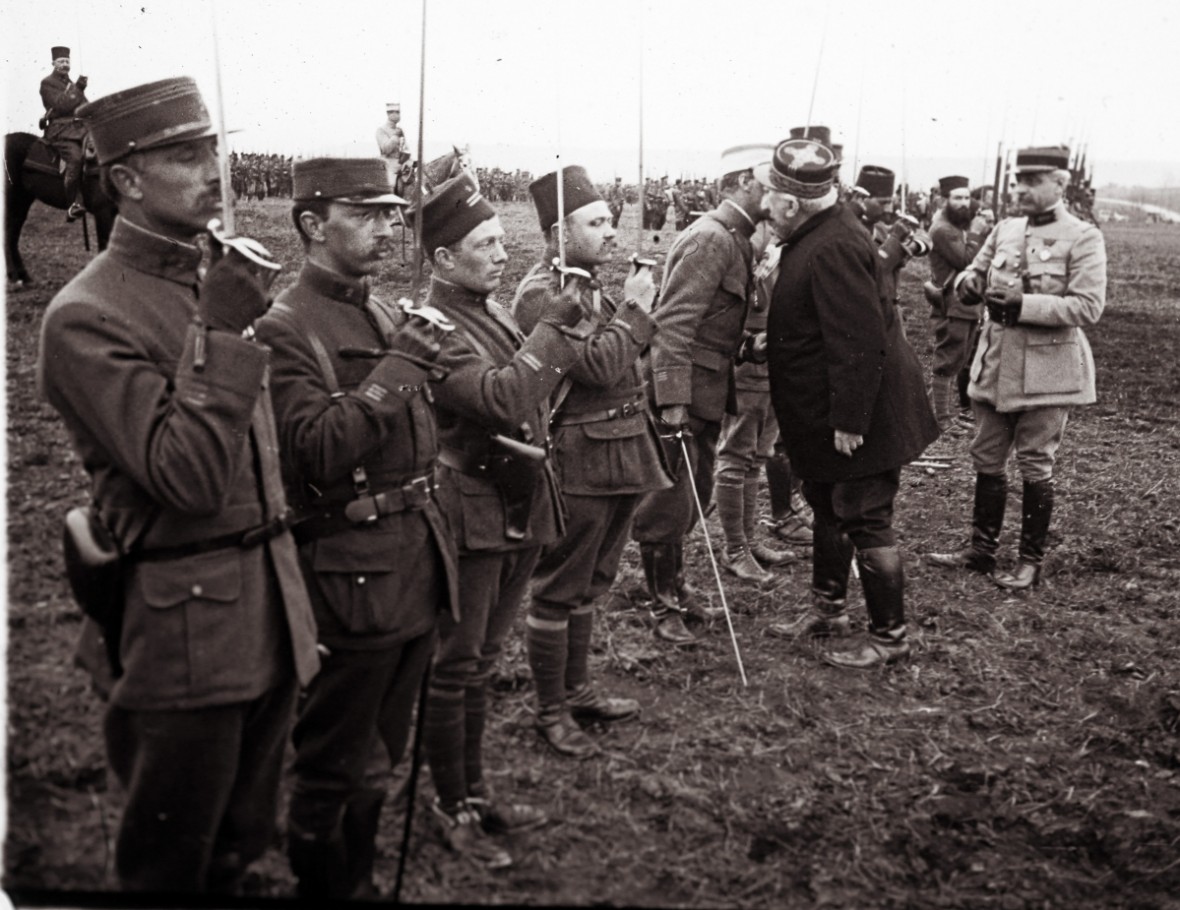