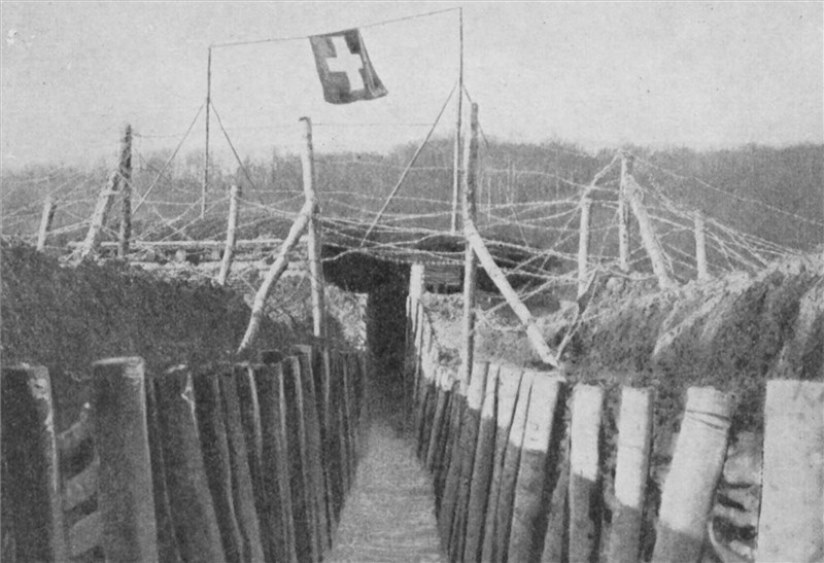 With the French Army’s offensive in the Battle of the Frontiers taking place in earshot of their border posts, Switzerland declares a “state of siege” today. National leaders have every reason to believe that France and Germany will cross their boundaries to get at each other. Switzerland has pretty much stayed out of Europe’s wars since the 16th Century, but will Europe’s war stay out of Switzerland?

Wise to the gathering crisis in June, the Swiss Army has already called up reserves in anticipation of this moment, putting much of the able-bodied workforce in uniform. While the armies of France and Germany maneuver to find and destroy one another just across the border, General Ulrich Wille has 220,000 troops along his frontier to repel any violation of Swiss neutrality. 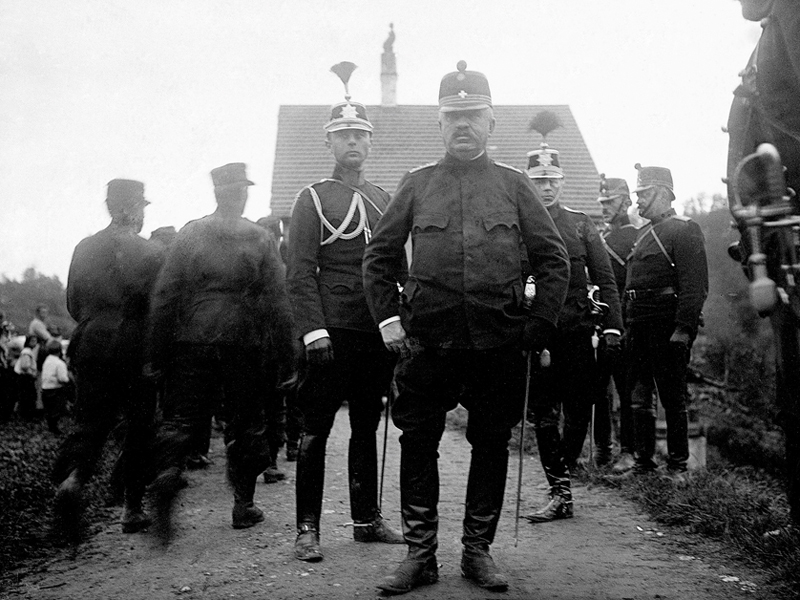 General Ulrich Wille being a badass.

Of course, this is not something Switzerland can keep up very long. Switzerland is the only European state to actually stand down most of their forces in September after it becomes clear that the combatants have no designs on Swiss territory. Men return to factories and farms, and some Swiss industries — chemical, metallurgical, and precision instruments — sell to all sides in the conflict, vastly improving the nation’s balance-of-payments deficit. But many of the war’s effects on multilingual Switzerland are bad ones. Friction between German and French-speaking cantons who sympathize with their linguistic brethren increases throughout the war. 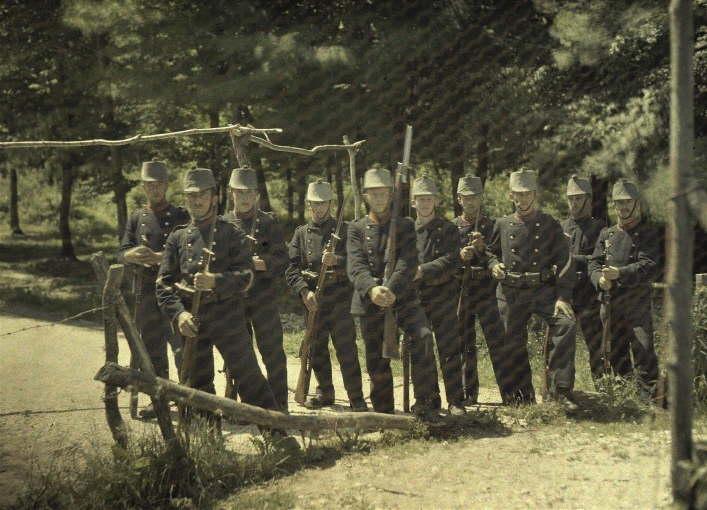 Switzerland is also about to host a very consequential man. Vladimir Ilyich Lenin is packing to leave Austria for Zurich, where the Bolsheviks will gather and grow for the next three years before his triumphal return to Russia. Abhorring the war as a bourgeois conflict, Lenin is disgusted to see the international socialist movement split into national tribes taking part in the fratricide. He will spend his sojourn in Switzerland writing articles to expose the leaders of the Second International who supported the war, and preside over conferences of revolutionary socialists in 1915 and 1916. 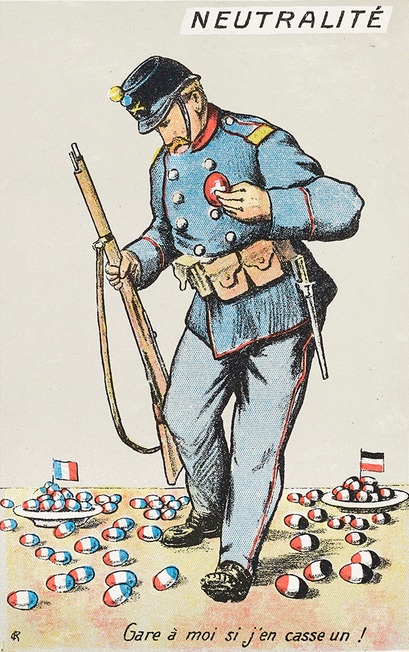 Satirical postcard: surrounded by French and German eggs, a Swiss soldier says “I need to look out in case I break one!”

Switzerland hosts a second consequential group in Zurich: the Dadaists. Born of French and German students who are horrified by the slaughter, this artistic movement is a conscious rebellion against the war that rejects all the philosophical constructions and artistic values upholding the establishment. It will be one of the most influential artistic movements of the new century, a direct ancestor of surrealism and a prelude of postmodernism.