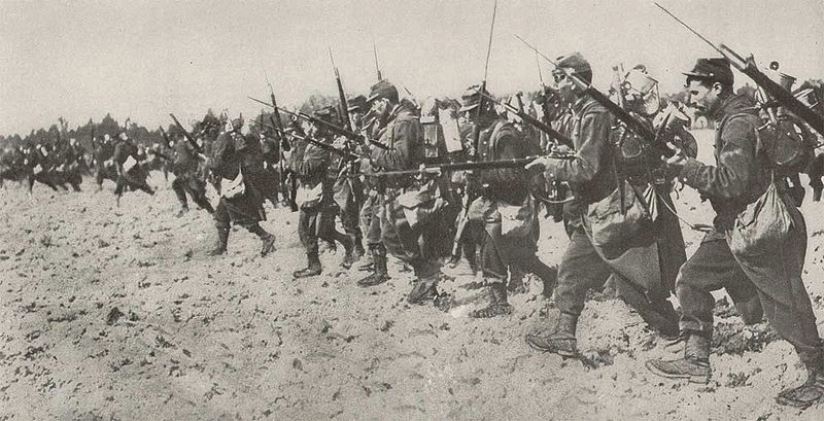 Today, the first of the 120,000-strong British Expeditionary Force arrives in France to dig in and meet the oncoming German armies. Their deployment has been lightning-fast, a genuine logistical achievement, but this day belongs to the French much further south. The Battle of the Frontiers has begun.

Under the direction of Joseph Joffre, the French Army opens their war with an offensive in the contested Alsace-Lorraine region, which they hope to recapture. Lost to Germany in the war of 1871, the territory is a linguistic and cultural crossroads. It is also a source of iron, which is the strategic mineral of the era. But neither army actually trusts the residents of the region, so both sides suppress the Alsatians: France arrests them and puts them in camps, while Germany erases the French language from the street signs and town names.

At first, the fighting seems to go well for France, especially in the South near the Swiss border, where they launch their first attack towards Mulhouse. But this success is an illusion: the German Army is advancing in the North according to the Schlieffen Plan, and in his zeal to enter the war on the offensive Joffre has failed to appreciate the danger of being outflanked by his enemy. Plan XVII, the “scheme of mobilization and concentration” put together by the French General Staff just a year ago, aims to defeat Germany in the field before its reserves can be mobilized. But the planners have made some bad assumptions, and French doctrine has not caught up with technology.

For these reasons, the French offensive proves much bloodier than expected. Attacks made without reconnaissance or artillery support fail at great cost, while German reserves are already on their way. General Bonneau leads the VIIth Corps over the Vosges Mountains in a dramatic flourish, captures the town of Altkirch after a six hour fight, and finds the city of Mulhouse suspiciously undefended. Within two days, he will be in retreat again, and then find himself replaced by Joffre, who accuses him of hesitancy unbecoming of a general. But this offensive will not last out the month regardless of who leads it. 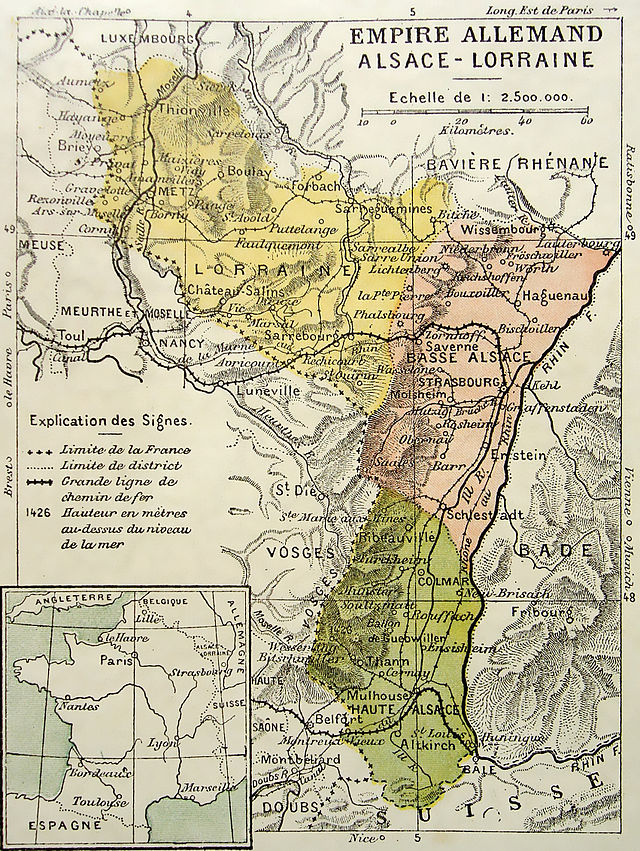 After the loss of Alsace-Lorraine in 1871, the French language gave us the word “revanchism” for political movements based on regaining lost territories

Though none of the combatants appreciate it yet, the largest battlespace in human history is opening up. From the edge of Switzerland to the English Channel, the Western Front is being shaped right now by decisions made in ignorance — and all too often, in complete contempt for the enemy. Joffre does not see the danger of the Schlieffen Plan; Moltke has not foreseen the tenacity of Belgian resistance. They are the all too-human framework which defines this inhuman epoch.

The war is literally hellish: it is a hot August, one of the hottest ever recorded by the infant science of meteorology, which will adopt the word “front” during this war to describe weather formations on the map. Men march dozens of miles a day in hard-soled boots and wool uniforms, carrying an excess of gear despite the 5,000 horses that accompany every infantry division to haul food, equipment, ammunition, and sundry supplies. When it all settles down to stalemate, the sheer inertia of exhausted men will be a major factor in the shift. 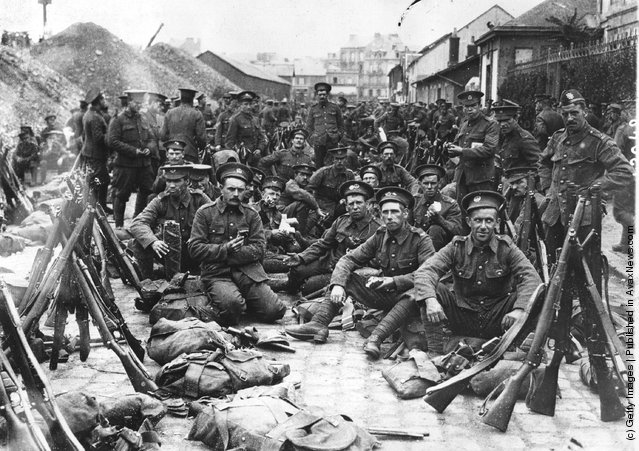