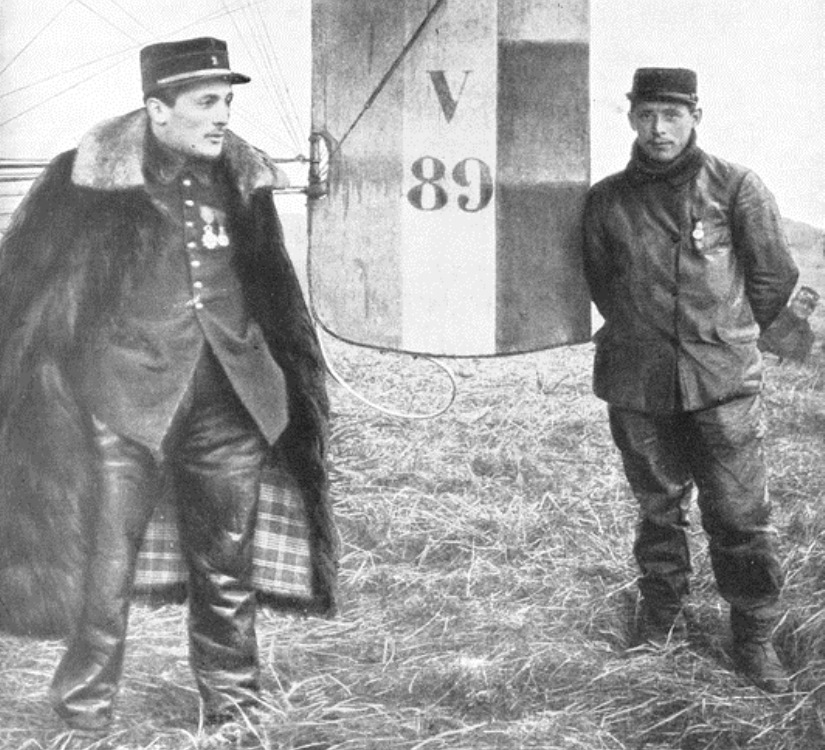 A few miles southwest of Reims, two French aviators make history today by becoming the first aircrew to kill another aircrew with a machine gun. Although gunner Louis Quenault’s name is deemed too Germanic to be credited in the initial headlines, the Paris papers immediately hail Sergeant Joseph Frantz for this breakthrough in military aviation.

Wilhelm Schlichting and observer Fritz von Zangen, the losers in the world’s first air combat victory, have failed to keep watch on the rear quadrant of their Aviatik B.II. Both men were too busy looking for French troop concentrations beyond friendly lines, below the Aisne River, where trench warfare has become a fact of the Western Front.

After dropping six small bombs on German positions, shortly after 9 AM Frantz (above, left) spots the German plane and brings his gunner up on the enemy’s six o’clock (a phrase born in the aerial hellscape of the Great War). Standing up in his rear seat to fire over his teammate’s shoulder, Corporal Quenault (above, right) does not hesitate to riddle both Germans with 47 rounds from his Hotchkiss machine gun from a distance of about ten paces.

Schlichting and Zangen are dead before they hit the ground. It is the twelfth time that Frantz and Quenault have tried to take down an enemy plane, but the first time they have succeeded. 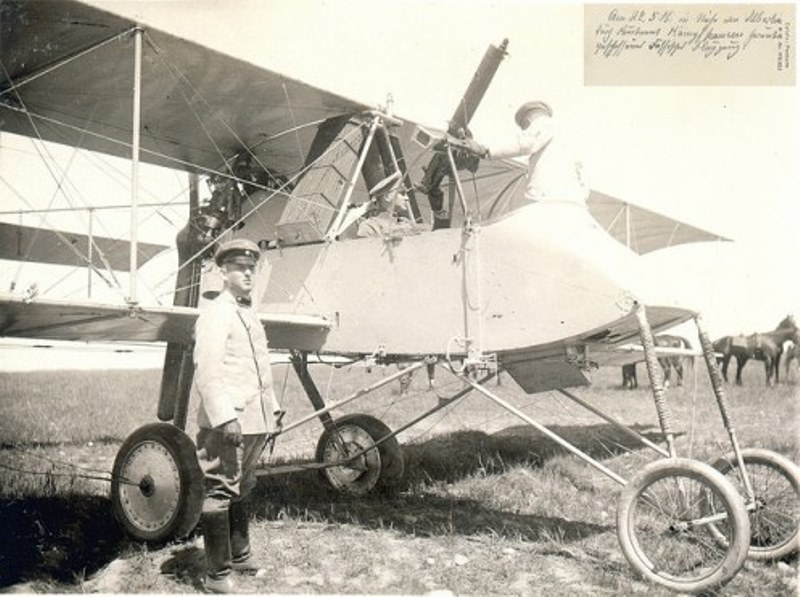 Used in the Middle Eastern theater, this Voisin Type III is configured like Quenault and Frantz’s plane. Quad landing gear are distinctive of ‘push’ propeller types. Fragile and vulnerable, they lost a rapid arms race to ‘pull’ propellers

Ironically, the Voisin Type III that Quenault and Frantz fly today is hardly the superior airplane. With their engine and upper wing obscuring the rear quadrant, ‘push’ propeller aircraft are supremely vulnerable to exactly the tactics these men have just used. Successful engineering for air combat victory is sometimes not intuitive: having four landing gear, as seen above, only seems safer until you remember that a plane with half as many wheels will only break them half as often.

By July of 1915, the Voisin will be completely obsolete, whereas the Aviatik will serve to the end of the war. Of course, observers are soon clamoring for machine guns to mount behind their rear seats and defend their planes. But the deadliest weapon their crews carry are the flares used to mark allied positions for German artillery observers. In fact, this is exactly what Schlichting and Zangen were doing today, which is why we should perhaps not weep for them, as each of their flares could potentially kill hundreds, even thousands of Frenchmen. 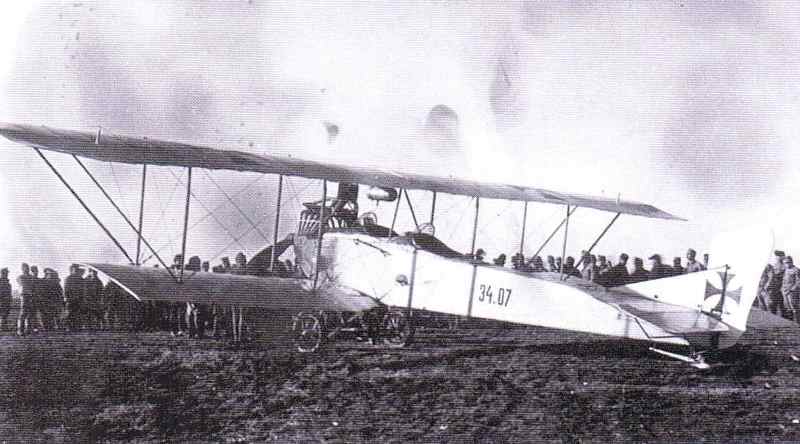 An Aviatik B.II like the one that pilot Wilhelm Schlichting and observer Fritz von Zangen died in a century ago today. Armed with an observer’s rear machine gun, it was a mainstay reconnaissance plane until 1918

In the war’s opening days, enemy pilots waved and even saluted one another. We may laugh at such gallantry today, but in fact most of those men were quite willing to kill their enemy colleagues; they just lacked any means to to so at the time.

That quickly changed, however, as soon as rapid-firing artillery guided from the air killed tens of thousands of men in the bloodiest battles of the entire war. By the end of the first month of war, aviators were already innovating new ways to murder each other and protect their countrymen’s lives on the ground. Some of them tried flinging pieces of rope to foul their opponents’ propellers, some used pistols and rifles, while others threw grenades or even bricks. On August 25, a Russian pilot killed himself and two opponents by trying to force an Austrian plane down through midair collision; that same day, two British pilots in Avro 504s succeeded in forcing a German pilot to land his Etrich Taube monoplane, though their quarry escaped into a forest.

In the weeks since then, the skies over Europe have become so hostile — and nervous troops so trigger-happy — that both sides have begun to paint national markings on their planes to limit ‘friendly fire’ deaths among their pilots. In just the sixty days that the Great War has raged, a whole new arena of battle has been invented. 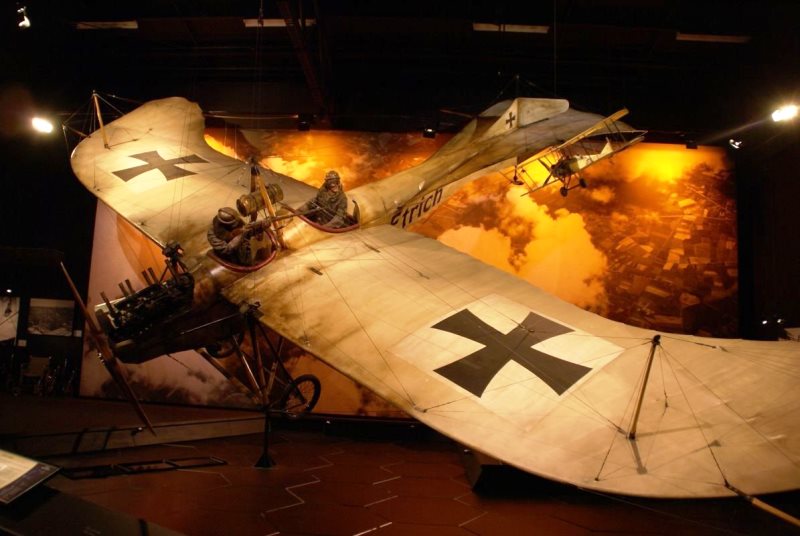 This display of a distinctive two-seater Etrich Taube monoplane at the Omaka Aviation Heritage Center in New Zealand shows the observer wielding a rifle to fend off an allied attacker. Note the control wires which alter the wing’s shape to maneuver it; also note the gravity fuel tank right next to the observer’s head