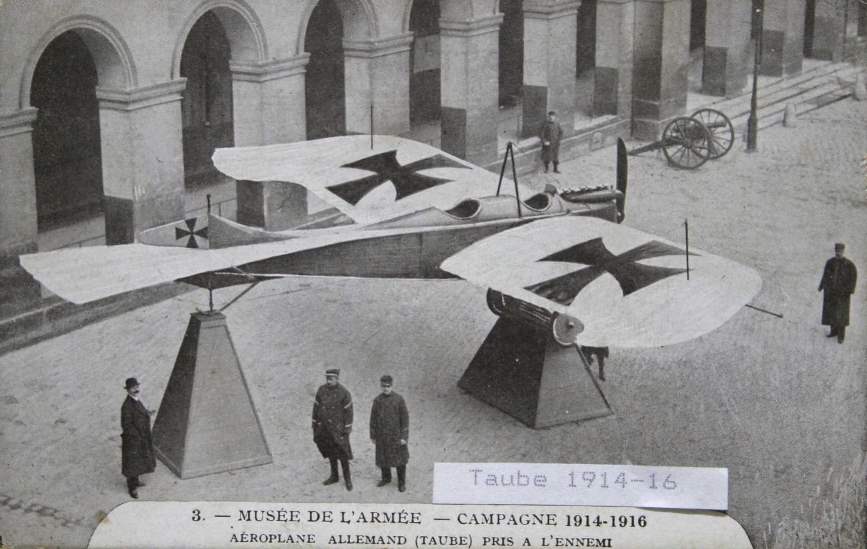 Airmen flying for all powers have already started shooting at one another with pistols, rifles, and a few machine guns, but the biggest hostile threat is coming from the ground, where for weeks now, nervous troops of all armies have been shooting at anything that flies.

The war is just two months old, but everyone has learned that the appearance of an aircraft can be followed by artillery fire from over the horizon. Airplanes are still so new and varied that without distinguishing marks, few men on the ground can discriminate between friend and foe. And as hostile fire has increased in the skies, so has the need to avoid friendly fire from fellow aviators.

A century ago today, allied pilots report seeing large Maltese crosses painted on enemy aircraft for the first time. The Central Powers have hit upon an elegant solution to the problem of friendly fire by using a few tins of paint. Copying their example, on November 12 the allies formalize their own distinctive aircraft markings. 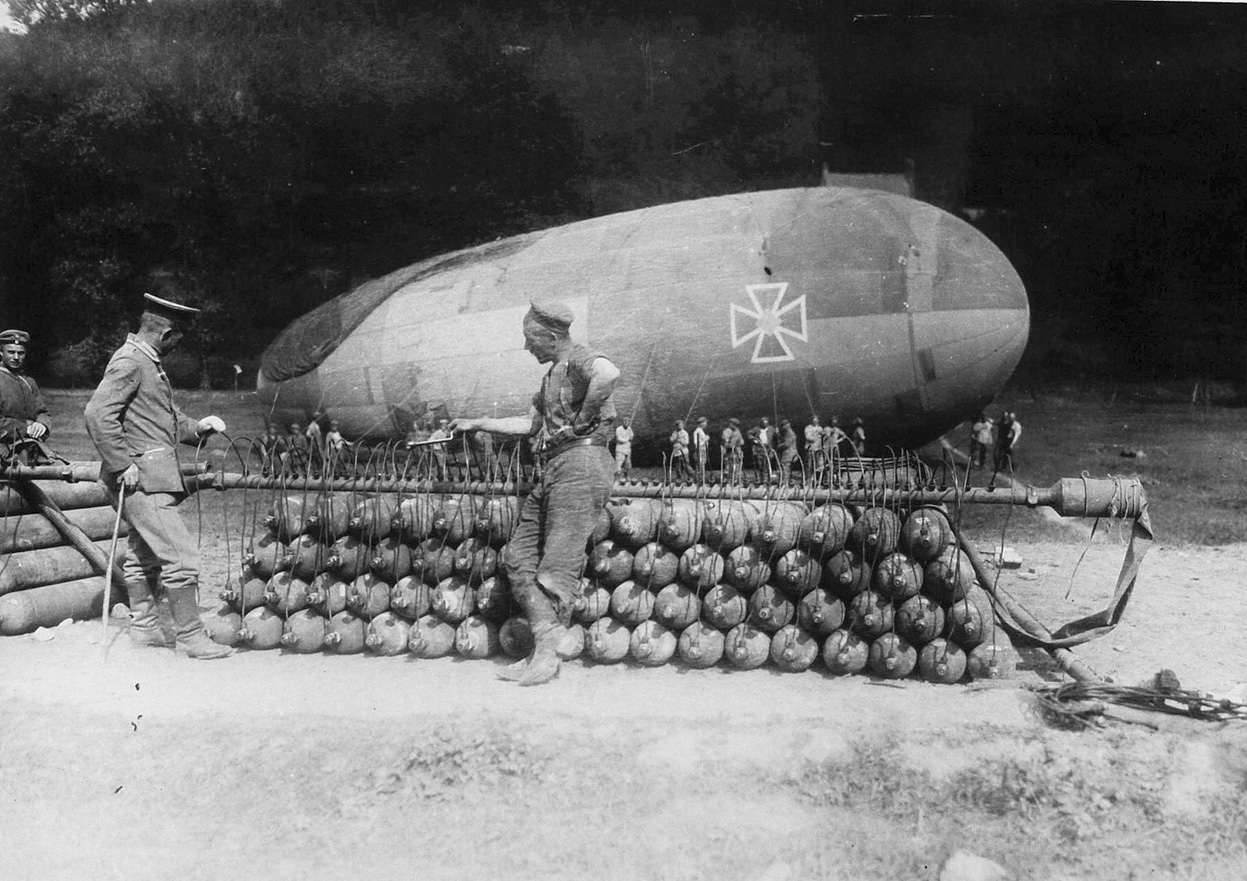 A German artillery observation balloon being inflated with hydrogen gas canisters in the foreground. Note the big markings to prevent friendly pilots from accidentally shooting it down

The war in the air is a byproduct of the artillery revolution. Static balloons had been thought obsolete at the beginning of the war, but as the conflict has bogged down in trenches man’s first flight technology has found new life. Suspended from the ground, observers at altitude can correct the aim of guns firing at targets over the gunners’ horizon. Later, they will carry up telephones, but for now most of them drop written notes, shoot flares, or even wave semaphore flags. Ground crews communicate with the observers using long strips of cloth laid on the ground.

Improvisation is the order of the day for everyone. Britain has just experimented with a radio telegraph in a two-seater airplane, and although the crew could only communicate one way in Morse code, the results were satisfactory enough that more airplanes are quickly fitted with radio transmitters.

The results of massed artillery fire directed from the air are so horrific that the appearance of an observation balloon soon becomes understood by everyone as an ominous sign. We still use the phrase ‘the balloon goes up,’ a linguistic artifact of the war, to mark the outbreak of conflicts and battles. These balloons immediately become a focus for pilots on both sides, creating the first air battles of the war as they defend their own balloons or attack the enemy’s. 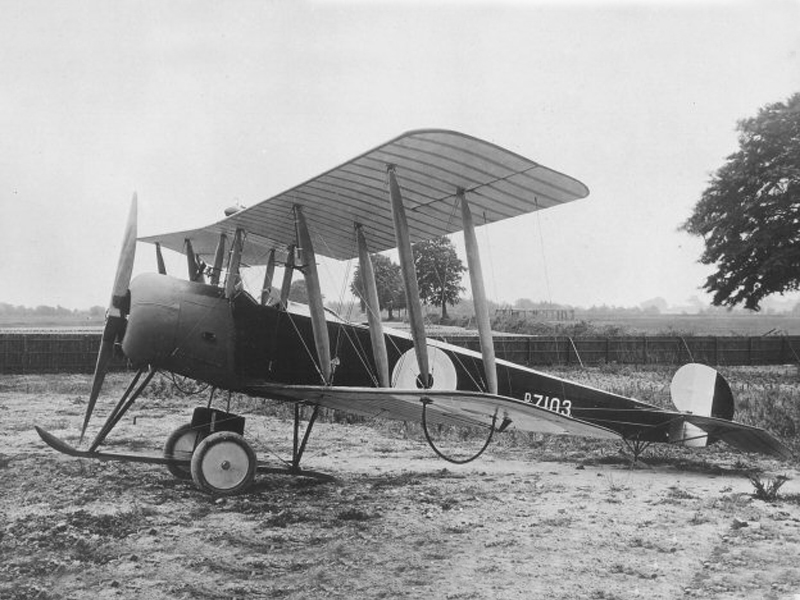 A Belgian Avro 504. Like German planes, allied aircraft would soon bear bright markings to prevent friendly fire incidents, especially from panicky ground troops, but most planes were ill-suited to shooting each other down

For now, the biggest hindrance to pilots who want to kill each other is their planes, which are not built for the job. Because machine guns are still unreliable and frequently jam, the pilot must be able to reach them from his seat, but they cannot be fired through the propeller without damaging it. Some pilots mount them awkwardly above the wing, standing up in the cockpit to operate and reload them. A two-seater aircraft can have a machine gun mounted in the rear, but that is hardly the best position for offensive fire against another plane.

A number of innovations are necessary for better mutual destruction, and so they begin to happen: wire aiming circles, synchronized gears that let machine guns fire through the propeller arc, fuel systems that allow for sustained combat maneuvers. But right now, everyone is literally ‘winging it’ — another phrase that comes to us from the Great War. 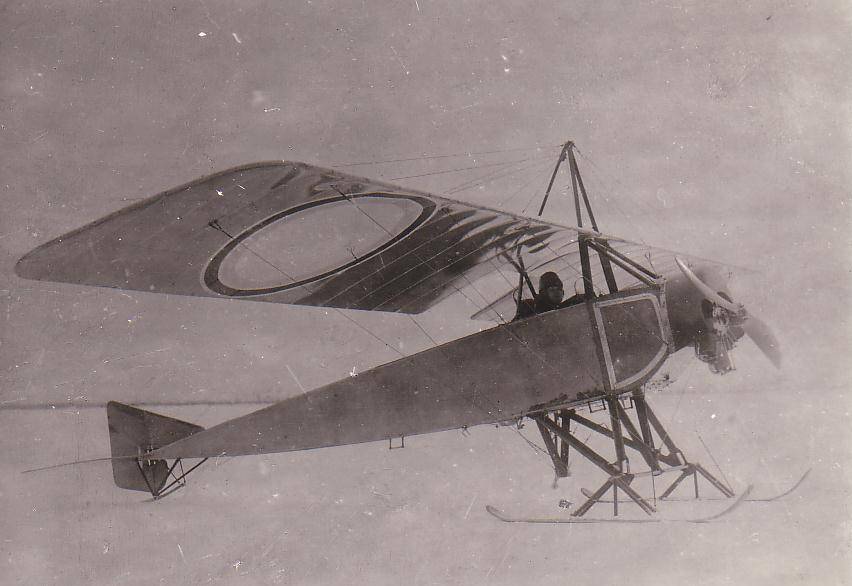 Fitted with skis for landing on Winter ice, this Russian plane has big wing markings meant to be visible from the ground

We tend to think of the air war in the setting of the Western Front, but every theater of war sees aircraft used in combat, while air-to-air combat happens on all European fronts simultaneously. The Austro-Hungarian air force is smaller than the other powers, and because the Hapsburgs also lag in industrial development they never catch up, but their pilots prove no less courageous or capable.

Like their German partners, the Austrians adopt the Maltese cross to mark their aircraft. All the allies use tricolor patterns, including the Russians, who actually have the largest air force of any power. The fact that they all do this during the first four months of the war points to just how fast the technology is developing: within two years, every airplane flying today will be completely obsolete. 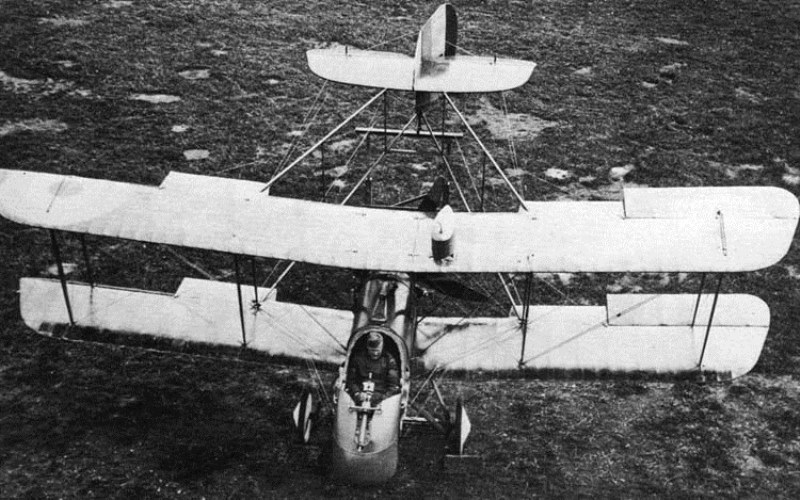 With its ‘push’ propeller, the Airco DH.2 was one of the few early planes capable of hunting enemy aircraft with a machine gun. Note the gravity tank above the wing; lack of a fuel pump limited maneuverability