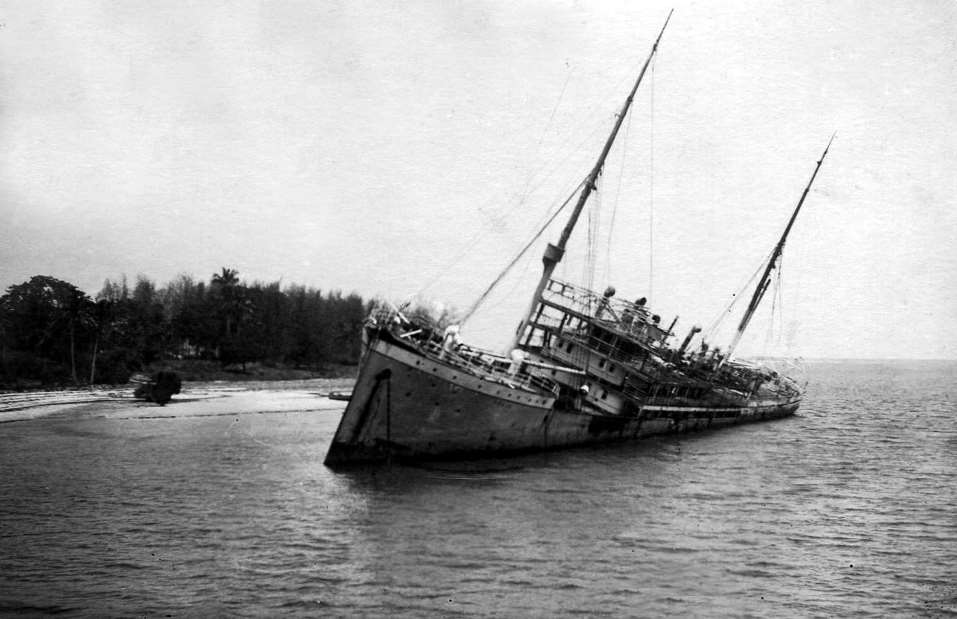 The term ‘gunboat diplomacy’ was perfectly defined on the 27th of August, 1896 when two gunboats and three cruisers of the British Royal Navy fired for forty minutes on the royal palace of Zanzibar, an island nation off the coast of what was then German East Africa. Considered the shortest war ever declared, the abbreviated conflict turned Zanzibar’s sultanate into a puppet government — and ensured the East African slave trade would never return.

Today, eighteen years later, the SMS Königsberg sails out of the dark horizon as dawn blazes over Africa. Blasting a few rounds at the Helmuth, a tugboat the British have captured from Germany and fitted with a three-pounder gun for picket duty, she sails unopposed towards the HMS Pegasus sitting helpless in the bay with her boilers cold in order to conduct repairs. Acting on fresh intelligence from coast watchers, Commander Max Looff sailed with the tide last night from his hidden harbor in the Rufiji Delta. He has achieved complete surprise — and his guns outrange his opponent by 2,000 meters.

What happens next takes about forty minutes. 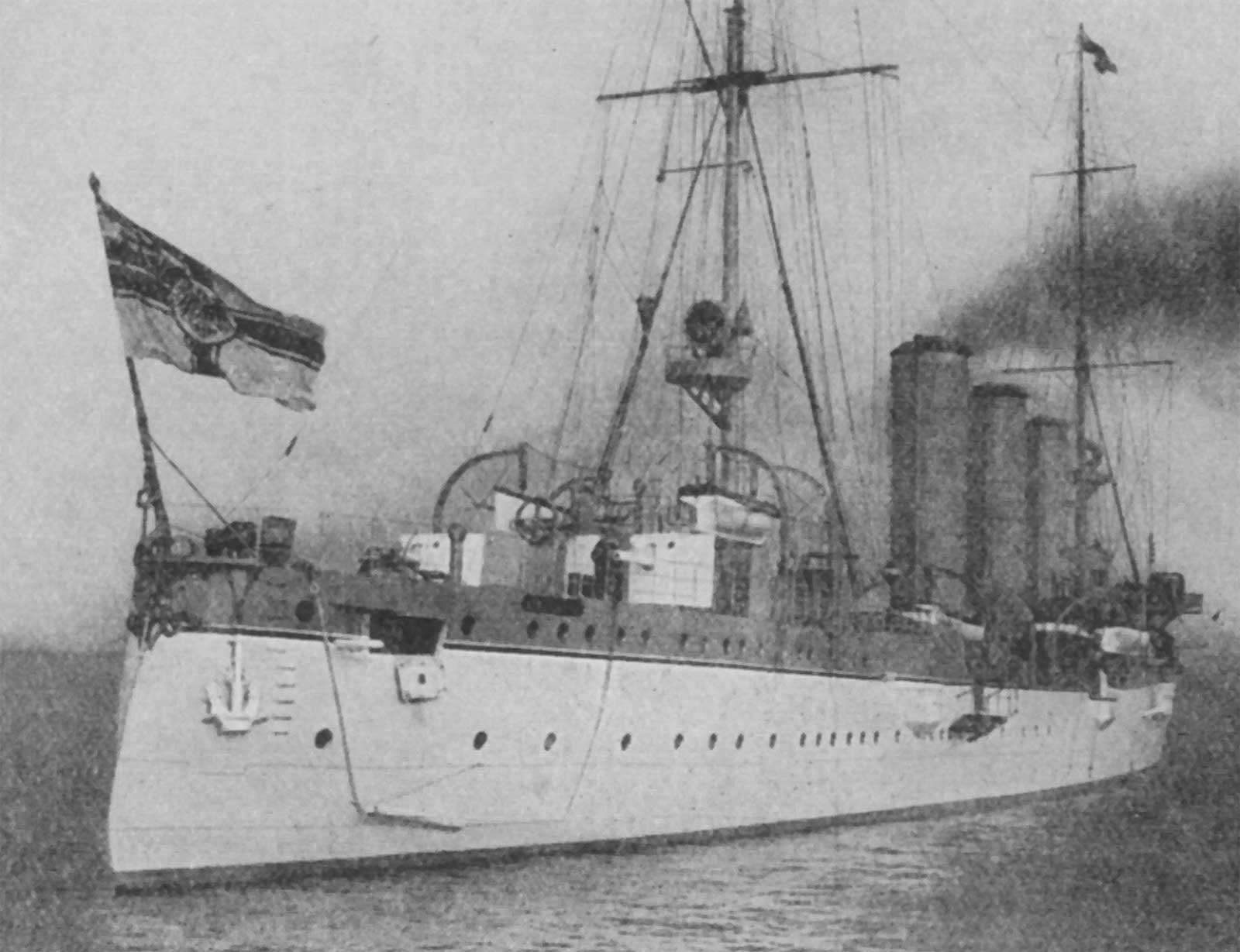 SMS Königsberg, the cruiser that surprised the HMS Pegasus while she was under repair

The Pegasus is one of three cruisers that came to this patch of ocean to shadow the Königsberg even before the war. Aware of tensions in Europe, Looff took his ship out of port on the last night of July with Pegasus, Astraea, and Hyacinth in his wake, but used the weather and his superior speed to leave them behind the next day. On learning of the outbreak of war on the 5th, he set out to find and turn around German ships still headed in ignorance toward the Suez Canal and internment. After sinking a supply of low-grade Indian coal, the Königsberg sailed all the way back to Madagascar without locating any prizes.

Now her gunners put some two hundred rounds into the helpless Pegasus. In the first twenty minutes, the British crew desperately lights their boilers to power their turrets and return fire, but then their shells fall far short of the enemy. After another twenty minutes of unanswered barrages, the Pegasus is taking on water from a hole at her waterline and her decks are a tangled mess. Thirty-nine British sailors are dead and fifty-five wounded when her captain orders the colors struck. Satisfied, the Königsberg turns to leave.

On his way back out to sea, Looff puts a shell through the pilot house of the Helmuth, now abandoned by her crew, just for good measure. 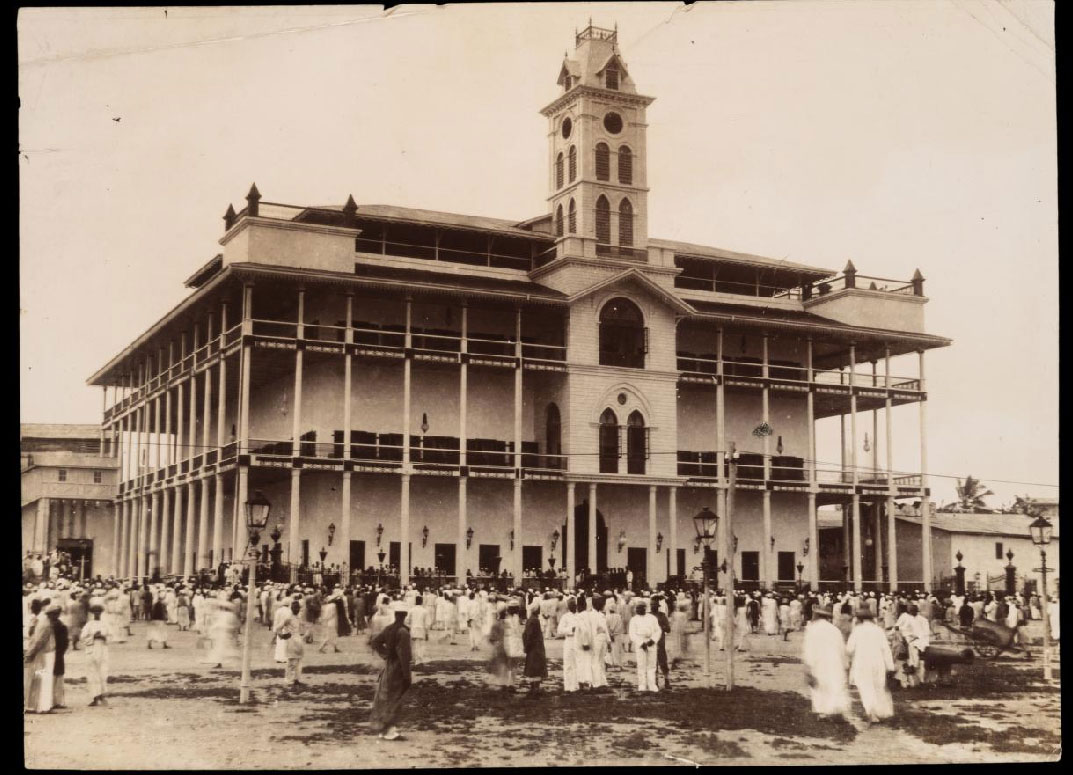 The sultan’s palace at Zanzibar ca. 1893

The British Navy is proud — and enormous. At ruinous expense, the Kaiser has spent years trying to build a fleet just two-thirds the size of Britain’s. Although his dreadnoughts see hardly any battle at all, his cruisers are now at war in every ocean, raiding British commerce and cutting allied sea cables for as long as they last — which is not long enough. After the Königsberg returns to her refuge, she soon finds herself blockaded there for months, unable to repeat her trick and defeat her enemies in detail. She is lucky, as most of the German cruisers now at sea do not last as long as she does.

The British Navy nonetheless suffers disasters in the Cruiser War, mainly through poor intelligence but also because of poor management from London, where First Lord of the Admiralty Winston Churchill enjoys playing with his toy ships. The fleet must adopt new tactics: cruisers have to watch each others’ backs while coaling or conducting repairs. Both sides have radios, and both sides are listening to each other’s radio signals, but Germany is doing a better job of it. More to the point, some British cruisers at sea are actually outclassed by the enemy’s but are still being ordered to find and attack superior vessels.

For had the boilers of the Pegasus been hot and ready, the fight might have lasted four hours — but the outcome would have been the same. The engagement has been one-sided, but as always Britain takes solace in defeat by focusing on whether their lads were good sports: there was wounded Lieutenant Richard Turner shouting, “Keep it up, lads, we’re outclassed and done for; but damn them, and keep it up!” and there was the Royal Marine who held up the ship’s naval ensign after the pole was snapped by a shell. Neither action made any difference to the outcome of the battle, of course, but they make the British people feel better about the loss. 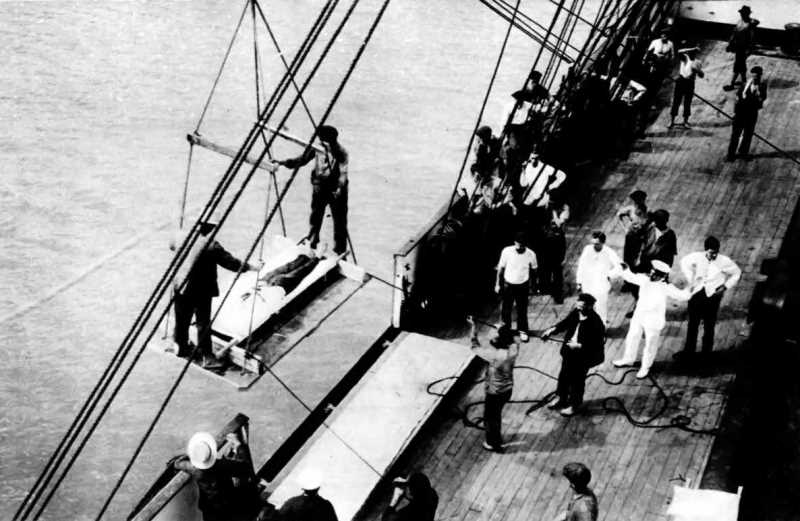 One of Britain’s first aircraft carriers is commissioned in 1917 as HMS Pegasus. By then, the Königsberg is rusting in the waters of the Delta, victim of two British river monitors sent upstream and a desperate crew who scuttle her when escape becomes impossible. Cut off from Berlin, German Southeast Africa fights alone against the British Army and Navy until the war’s end; the territory lying across the water from Zanzibar becomes modern-day Tanzania.

Inhabited by humans for 20,000 years, Zanzibar has always been a peripheral African nation — a crossroads and port-of-call for Assyrian, Roman, Arab, Ottoman, Portuguese, and Indian Ocean traders that is separated from the mainland, but always tied to its fate. A British ‘protectorate’ for now, the city of Zanzibar has just witnessed the same navy which conquered their island 18 years ago get badly defeated in nearly the same exact spot.

It will take another forty-nine years to become independent, whereupon the island merges with Tanzania.