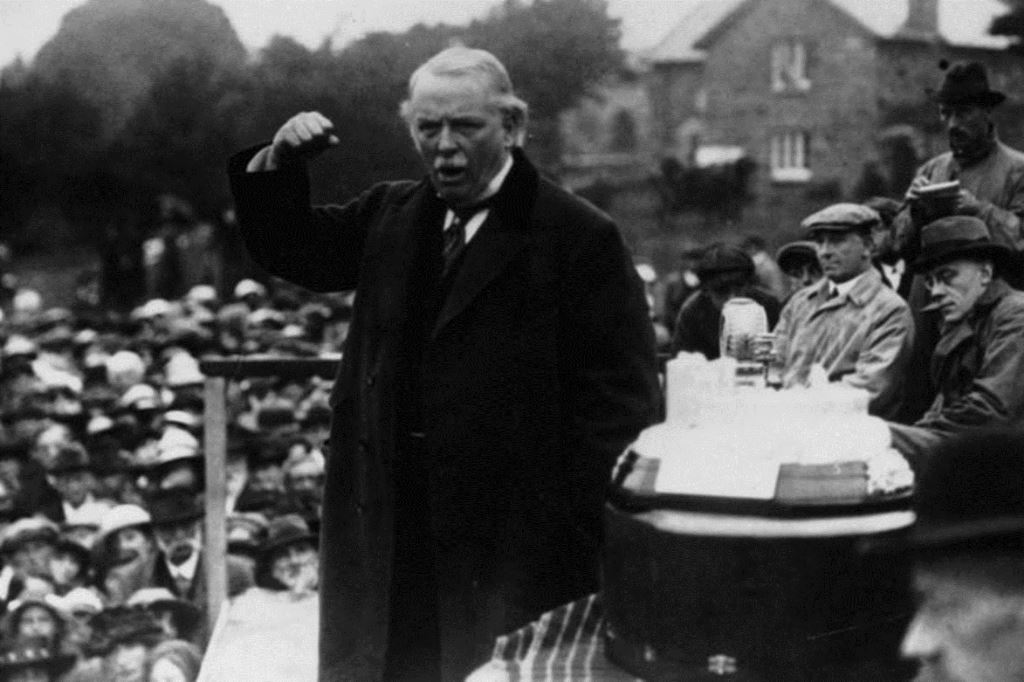 One hundred years ago today is a Saturday, which means that Chancellor of the Exchequer Lloyd George is giving a speech at eleven o’clock this morning. His discussions with newsmen, particularly his friend Sir George Riddell, owner of the News of the World, have convinced George that this is the best time to win the widest coverage on Sunday. To help the process, he regularly delivers the text of his speeches to the newspapers on Friday.

Lloyd George is a proud son of Wales and radical firebrand with an agenda to devolve power from London to the nations of the United Kingdom. An opponent of the Second Boer War who fought to restrain prewar military spending, during the Second Moroccan Crisis of 1911 he responded to German demands by declaring that “peace at that price” would be intolerable, and his support of the war makes him critical to the Asquith government.

His speech at Queen’s Hall begins after a hearty rendition of a Welsh martial song.

In sticking up for ‘brave little Belgium‘ and Serbia, George is subtly sticking up for Wales, too — and Scotland, and Ireland, which has been edging towards Home Rule in a process that has now been suspended for the duration of the war. Using common metaphors and scriptural references, George makes a moral case for Britain’s fight:

The Kaiser’s ancestor chose his warriors for their height, and that tradition has become a policy in Germany. Germany applies that ideal to nations, and will only allow 6-foot-2 nations to stand in the ranks. But ah! the world owes much to the little 5-foot-5 nations. The greatest art in the world was the work of little nations ; the most enduring literature of the world came from little nations; the greatest literature of England came when she was a nation of the size of Belgium fighting a great Empire. The heroic deeds that thrill humanity through generations were the deeds of little nations fighting for their freedom. Yes, and the salvation of mankind came through a little nation. God has chosen little nations as the vessels by which He carries His choicest wines to the lips of humanity, to rejoice their hearts, to exalt their vision, to stimulate and strengthen their faith; and if we had stood by when two little nations were being crushed and broken by the brutal hands of barbarism, our shame would have rung down the everlasting ages.

In public, George is asking his countrymen to sacrifice more than they ever have before, and in the grandest terms possible. Privately, he is an agnostic who expresses doubts, allegedly quipping: “This war, like the next war, is a war to end war.” 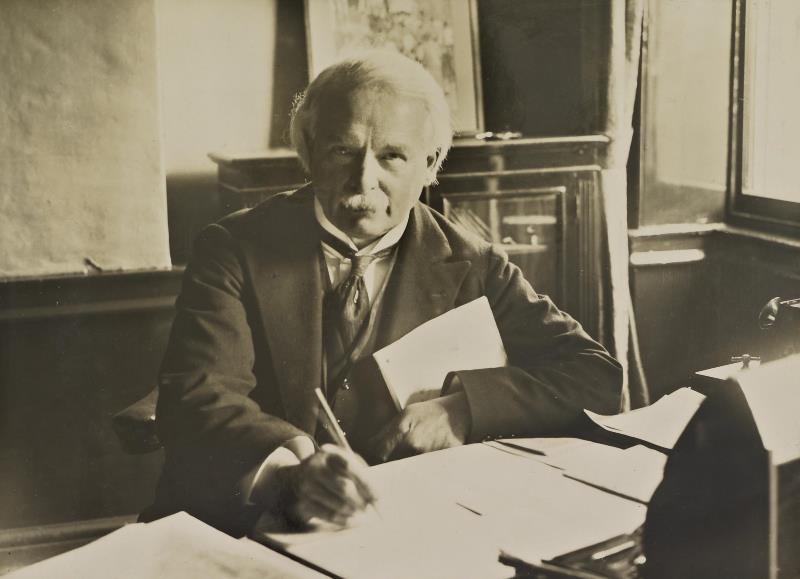 A publicity photo of the chancellor at work in his office.

George is often compared to Winston Churchill, who is his subordinate in 1914, but George is a public speaker where Churchill is a writer. Called ‘the man who won the war’ after its end, George never accepts a place in Churchill’s government during the Second World War. They have grown apart: Churchill has become a conservative, while George remembers Winston’s wartime extravagances and disasters all too well. As a pragmatic liberal who despises war and has only come to support it out of what he sees as national necessity, George has never been impressed by the belligerence of his younger colleague.

Perhaps the most telling anecdote is that when Churchill calls on the retired George a decade later to blurb his self-serving war history, The World Crisis, he tells his private secretary afterwards: “It could not have gone better. Within five minutes the old relationship between us was completely re-established. The relationship between Master and Servant. And I was the Servant.” 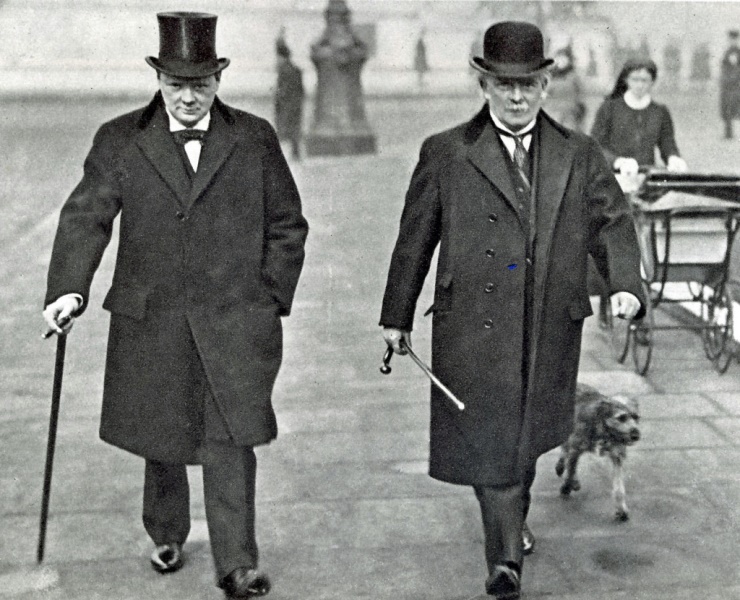 Even as Prime Minister, George cannot fulfill his plan to inaugurate a Welsh Army Corps within the British Army. Lord Kitchener is unwilling to detach Welsh units from their current formations to complete it — and regardless of how many speeches George gives, Wales lacks the manpower to fill it out with volunteers. Even the man who is arguably most responsible for Britain’s victory cannot win every battle he fights. 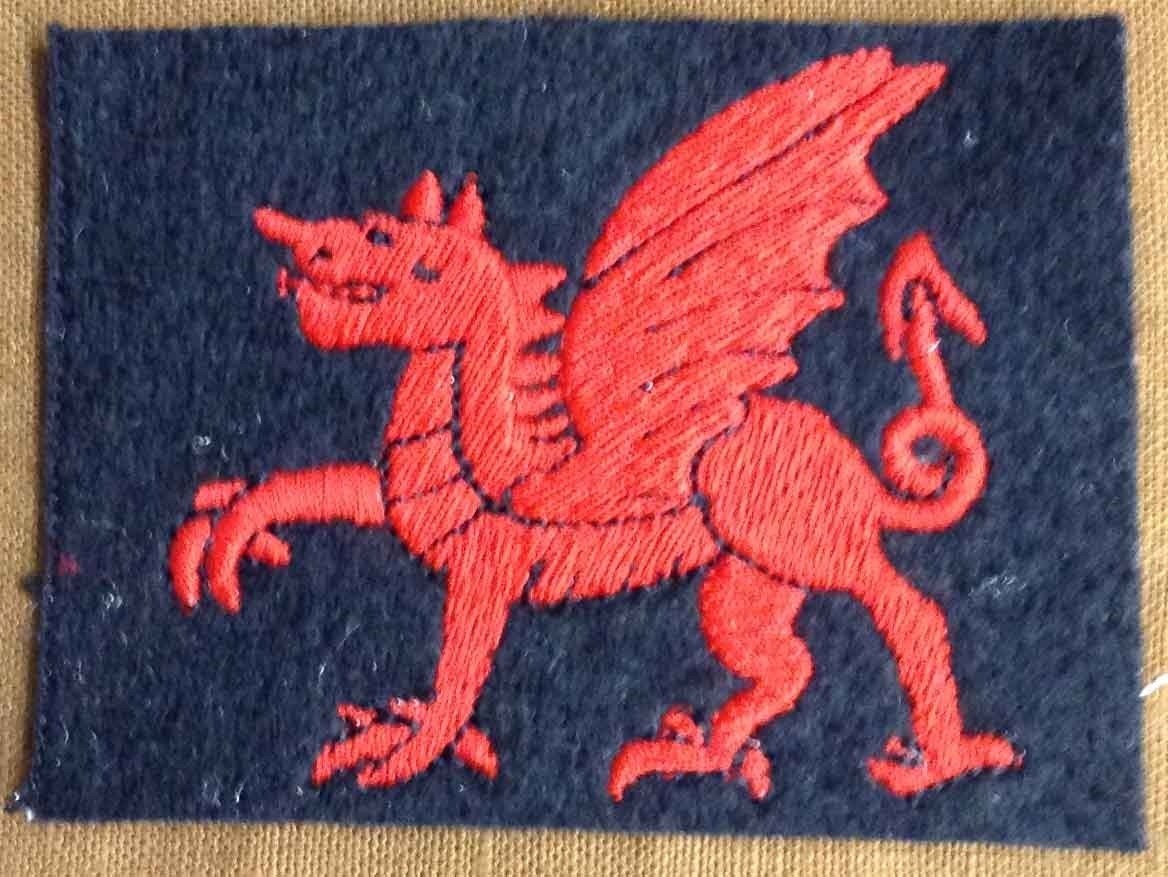 The uniform patch of the Welsh Army Corps