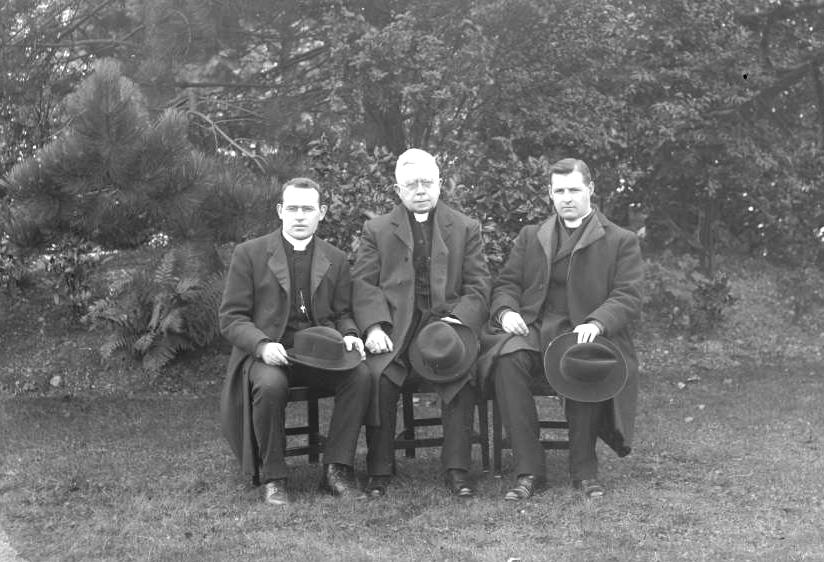 Seen above at center, Archbishop John Walsh has long supported Irish nationalism.An advocate of land reform for tenant farmers in the 19th Century, he provided a key endorsement of John Redmond‘s Home Rule project in London. But the question of independence divided the Irish on sectarian lines, and when Home Rule passed in 1914 it very nearly split the British Army during the Curragh Incident, as British senior officers refused to enforce the law against unwilling Ulster Protestants. The Great War began just in time to indefinitely postpone any implementation of Home Rule, spoiling the devolution project and injuring Redmond’s credibility. Revolutionary sentiment is rising.

Redmond is not the first politician to disappoint Walsh. The archbishop was also a booster of Charles Stewart Parnell, the Irish nationalist who organized the Irish Parliamentary Party and formed the first Irish-Liberal coalition calling for Home Rule. But when Parnell’s long, adulterous affair with English noblewoman Katherine O’Shea became a scandal, Walsh distanced himself from the Party, turning critical and eventually withdrawing his support.

Walsh issues a pastoral letter for Lent every year. Along with proscriptions of vice and prohibitions of sinfulness, his archdiocese always reminds the flock that membership in secret societies leads to spiritual peril. It has been a routine message for 46 years, ever since Pope Pius IX condemned the Irish Republican Brotherhood (IRB). Yet Walsh is also very good friends with Patrick Pearse, the Gaelic-language educator who has been secretly organizing for a revolt since 1913. Those plans are nearing fruition at last, and although Walsh never approves of the violence to come, his opinion of the Irish Party will never be the same afterwards. 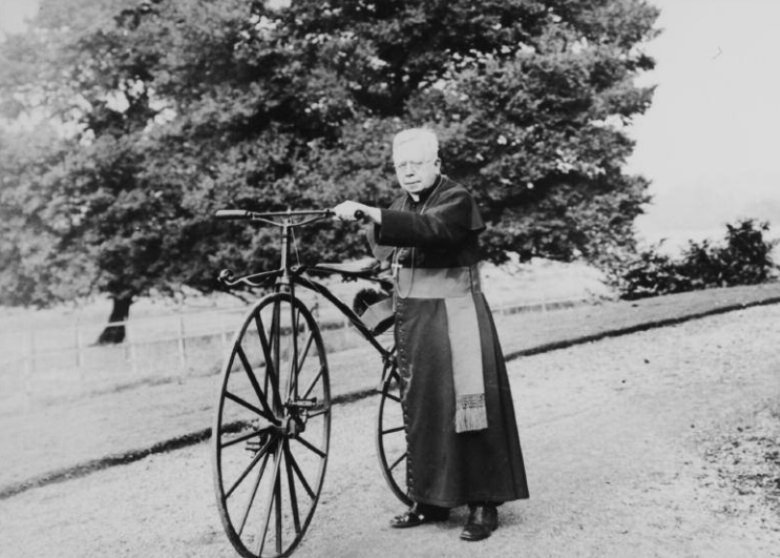 When Irish bishops met to condemn cycling by the clergy in 1895, Archbishop Walsh made his point by arriving on a bicycle

Walsh is also well-acquainted with Joseph Mary Plunkett, the son of a papal duke, who is afflicted by tuberculosis and has spent two prewar years in arid North Africa recovering from the disease. Radicalized by the failure of Home rule, Plunkett has become a key figure in the IRB and serves on its Military Council alongside Pearse as Director of Military Operations. When Dr. Charles A. MacAuley, a surgeon who has recently operated on Plunkett, describes his impressions in an affidavit sworn after the uprising, he mentions Plunkett’s admiration of Walsh.

The first time I saw him he was living at Larkfield, Kimmage. I went out there to see him. He was very thin and highly strung and be was suffering from an abscess in his neck. I remember in the course of examining him he asked me did I see a “G” man at the gate and I said. I did 3. not notice anyone at the gate. He said I would know one by his feet. He seemed rather disappointed that I had not seen one.

As he required an operation I sent him into Miss Quinn’s Nursing Home in Mountjoy Square. I operated on him there and he was there for some time under treatment.

While he was there quite a number of young men visited him. I remember once finding a group of them seated round his bed with notebooks and pencils in their hands, while he was sitting up in bed, apparently giving them instructions. I, frankly, did not take this at all seriously and remarked: “Napoleon dictating to his marshals” – a remark which was not well received. On another occasion I joked him, saying: “I suppose you sleep with a revolver under your pillow” and, to my surprise, he said: “I do” and pulled one out. He also showed me a steel casque for a hat which he had invented. It was of the early tin-hat variety and was for stopping bullets. His visitors seemed to be always coming and going and he appeared to be greatly wrought up. The first Inkling I got from him that there was something serious on was with reference to a remark he made about bloodshed with Britain. He spoke of the British designs to arrest Archbishop Walsh – how far that rumour was true I could not say which excited him very much. He said it would be resisted by force.

The Archbishop is certainly not complicit in the uprising — in fact, during march he becomes quite isolated by a major outbreak of wintertime eczema — but Plunkett’s father, count George Noble Plunkett, has already been to the Vatican and lobbied Pope Benedict XV. Knowing that Catholic doctrine will not support an armed uprising that has little chance of success, he admitted that “the prospects are desperate,” yet vastly inflated the number of Irishmen committed to the cause by a factor of twenty; aware that the papacy still hopes to restore lands lost to it in the Italian risorgimento, he promised that an independent Ireland would stand in solidarity. But these ploys did not work, for Benedict is a pacifist with a policy of strict neutrality, and fears that an un-neutral act will bring the long arms of the Entente alliance down on the holy see. 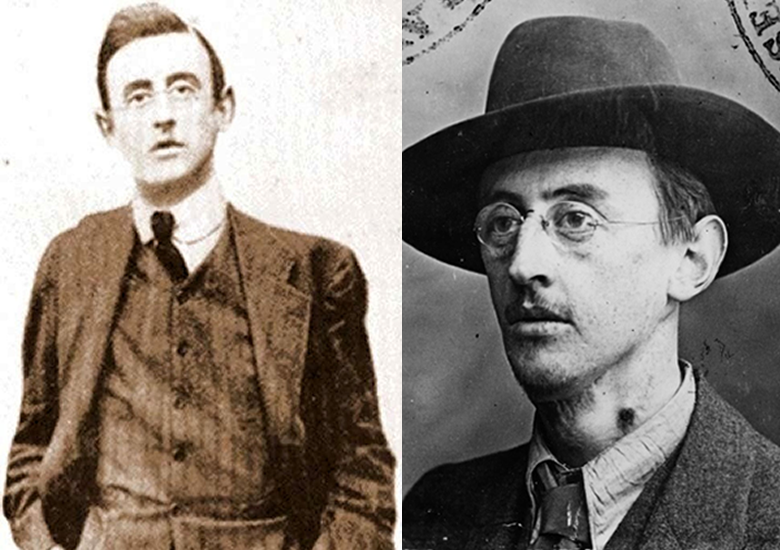 Two views of the younger Plunkett, who edited the Irish Review and sponsored the establishment of a national theatre

Tensions rise during March. On St. Patrick’s Day, a demonstration by the Irish Volunteers takes place within sight of Dublin Castle, and authorities make a demonstration of their own, temporarily surrounding Joseph Plunkett along with others at a country estate. At the beginning of April, he makes another trip to Germany, meeting retired British diplomat Roger Casement, who has had no luck recruiting Irish prisoners of war to the cause of a free Ireland. Together, they prevail upon the German government to send arms to the Irish rebels, but the operation will be a spectacular failure.

When the official Rebellion Inquiry asks Archbishop Walsh for his insights on the causes of the uprising in May, he recounts the failures of the constitutional movement, the disappointment with Home Rule, and the unsatisfying terms of the now-mooted Government of Ireland Act. Yet Walsh remains committed to a peaceful political strategy for national independence, and does not speak out against the Home Rule movement in public yet for fear of sparking further violence. By August, he has decided that the Irish Party will never succeed, but keeps his own counsel while its reputation continues to decline. Pointedly, he never condemns the uprising, and allows a requiem mass to be held for Plunkett, Pearse, and other executed leaders of the uprising at his parish church in June. 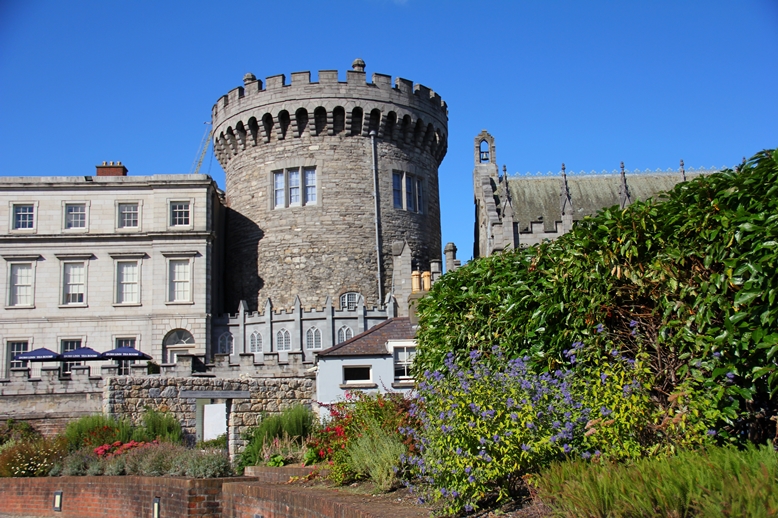 The medieval Record Tower at Dublin Castle, which is synonymous with British imperial rule of Ireland in 1916