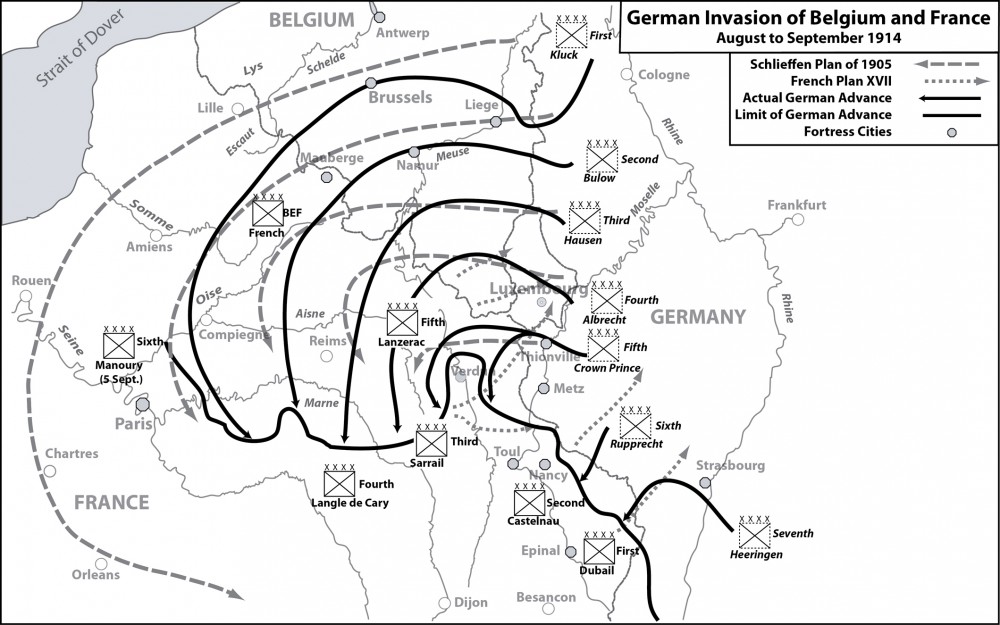 Germany declares war on France today. German soldiers already marched into Northern Luxembourg last night, headed for the Belgian frontier; this morning, the Imperial German Army has crossed the border in force to occupy the Grand Duchy for the duration of the war. Tomorrow, German forces will attack Belgium, which has ignored the Kaiser’s ultimatum, with the aim of marching West into Northern France. They are following a detailed and complicated war plan developed a decade ago by Alfred Graf von Schlieffen. 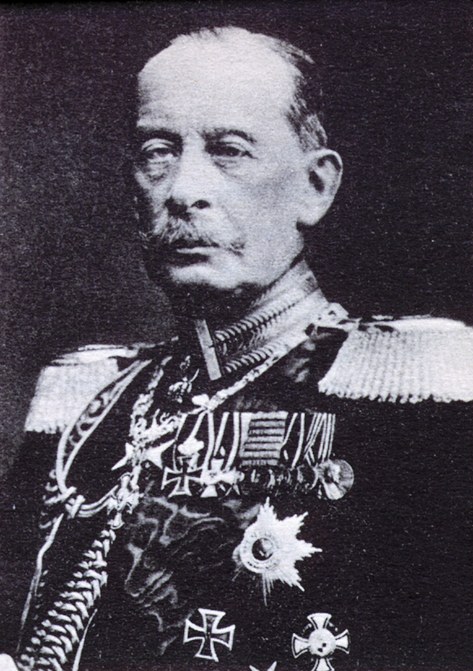 The impetus behind Von Schlieffen’s infamous plan was the growing, yet unlikely alliance between France and Russia. One is a republic and the other is an autocracy, but neither has ever been a friend of Germany, which lies in between them. Knowing that Russia faces logistical challenges to mobilize and attack from the East, Von Schlieffen decides to use nine-tenths of his forces to knock out France quickly by circumventing her fortified frontier and attacking through the neutral countries of Belgium, Luxembourg, and Holland. After subduing the French, Germany can turn about and give its full attention to the Russian horde, avoiding a simultaneous fight on two fronts.

Von Schlieffen is now dead. His successor, Helmuth von Moltke, has discarded the plan to invade Holland. But he has also played a key role in the Kaiser’s decisions that have lead to war. Von Moltke is driven by the need to execute von Schlieffen’s modified war plan quickly, before Russia can attack, and has implored his sovereign not to harm its chances for success with unnecessary delays. But while history will place much of the blame for war on von Moltke and his sovereign, it is just as correct to say that they saw war as inevitable, and were desperate to avoid being forced to fight on two fronts. If von Moltke and the Kaiser are guilty of anything, it is forgetting their fellow countryman Carl von Clausewitz’s dictum that “no campaign plan survives first contact with the enemy.” 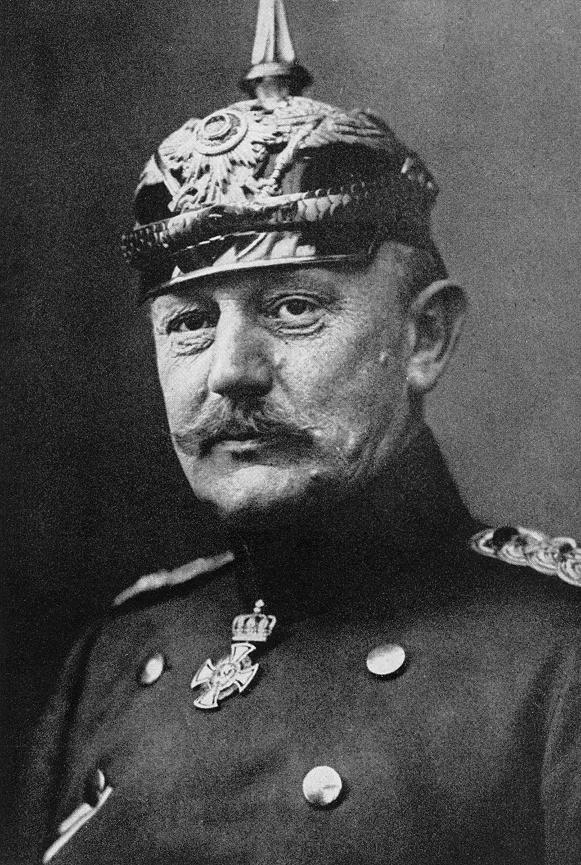