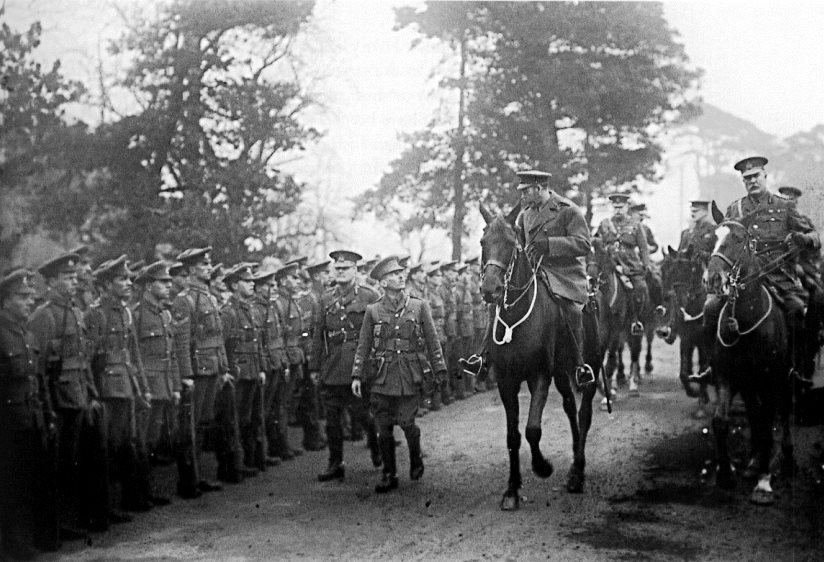 Being a monarch means you no longer belong to yourself.

Britain has done everything possible to protect King George V in wartime, even maintaining a combat air patrol overhead whenever he tours the Western Front. But as seen in the above photo from March, he prefers to review his army on horseback, riding high enough to be seen by the ranks, and horseback riding is inherently dangerous — as George is painfully aware. In fact, two years ago his jockey was thrown to the ground and injured during a formal horse race when a suffragette named Emily Davison stepped onto the track and tried to tuck a scarf into the bridle of his horse, a stunt that cost her life. Caught on camera by British Pathé for what became one of their most famous newsreels, the moment is now preserved in internet amber. You may watch the entire video below at your leisure, but I have preset it to begin just seconds before the accident.

Accompanied by his sizable entourage, George is riding in review today when his horse is reportedly spooked by the sound of ten thousand soldiers cheering at one time — an event anticipated by his staff, and for which the animal had been conditioned in advance. He is seen trying to calm the mount after its first shudder, but then the frightened steed sends the king to earth and rolls atop him, leaving the monarch with a broken pelvis and severe, deep bruising.

Attended immediately by the nearest officers, George is removed to a motorcar, from which he waves gamely to his army as he is driven away in a cold, windy rain. Scheduled reviews of the Indian troops and the Guards Brigade are canceled. Newspapers across the British Empire carry regular updates on his temperature and pulse for the next few days to reassure the world of his good health. On the first day of November, George resumes his wartime leadership duties by pinning a medal to a soldier; the moment is recorded only in art, for the king is never photographed in a state of physical recovery. 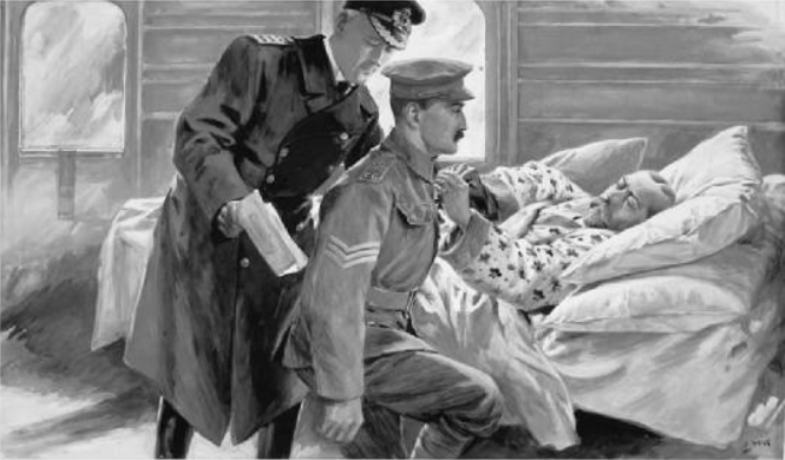 King George V will never be the same, for it is his misfortune to live decades before the modern surgical, palliative, or therapeutic techniques that can maximize physical recovery and minimize psychic trauma after an accident like the one he has suffered. Horse falls have always been a danger to kings, especially those who enjoy a sporting lifestyle like George; Henry VIII famously turned paranoid, gluttonous, and angry after being crushed by a horse during a joust in 1536, a personality shift that led to the death of Anne Boleyn and the bloodiest years of the Tudor dynasty. Like Henry, George experiences lingering problems, especially a shortness of breath that is only made worse by heavy smoking. 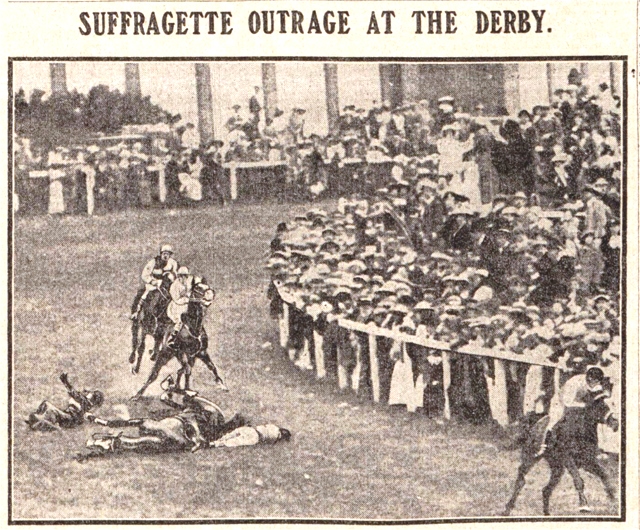 A newspaper report of the 1913 derby accident manipulated to reveal the pre-Photoshop enhancements. Davison can be seen on the left side of the frame; jockey Herbert Jones is on the ground next to his horse