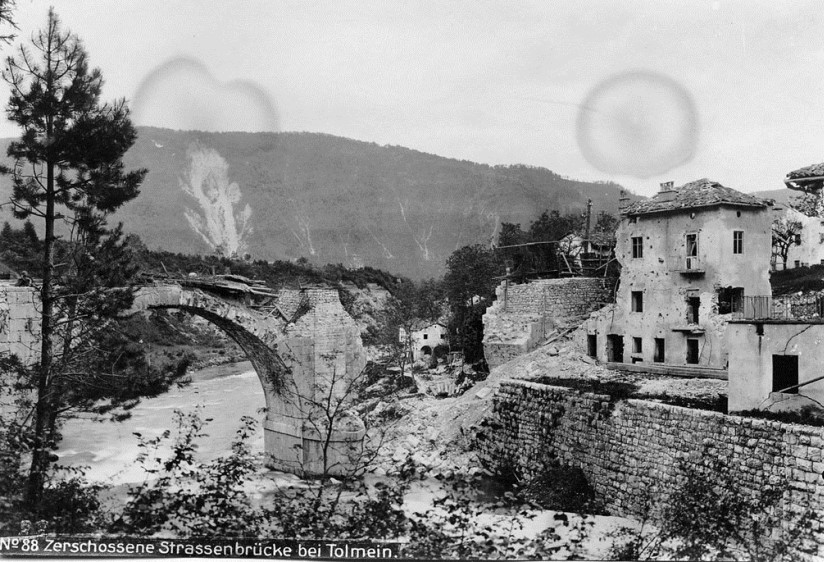 After three days of useless bombardment and bloody waste, the Italian Army stops throwing away lives at Tolmino this morning, and a relative tranquility descends on the shattered town. But the anodyne, detail-free press reports that appear in newspapers today on both sides of the conflict are recorded as an action taking place at Tolmino today by the Illustrated London News, which preserves the editorial error in its postwar publication Chronology of the War. And because that document eventually enters public domain, the mistake has been preserved in the English language internet ether. By sunrise today, fitful sniping and shelling have distinctly declined, and there are no more infantry waves. Instead, the valley of the opalescent blue Isonzo (now called the Soča) is a slog of red, muddy, useless death.

The waters of the Tolminka join the Isonzo at Tolmino, making it a natural strategic target for an offensive thrust. But nature has cruelly provided the Italian Army with the worst possible conditions for assault by men in large formations, and the age of mass fire merely accentuates the geography in which the Italians are attacking the Austro-Hungarian Empire, producing an astounding casualty rate of four men killed to every yard of advance. In Field Marshall Luigi Cadorna‘s estimation, this sanguine repulse is merely the prelude to a general offensive effort all along the line from Plezzo (now Bovec) to Tolmino to the Adriatic Sea. Cadorna will spend the next seventeen days organizing men, deploying guns, and stockpiling ammunition in his third attempt to invade what is now Slovenia. 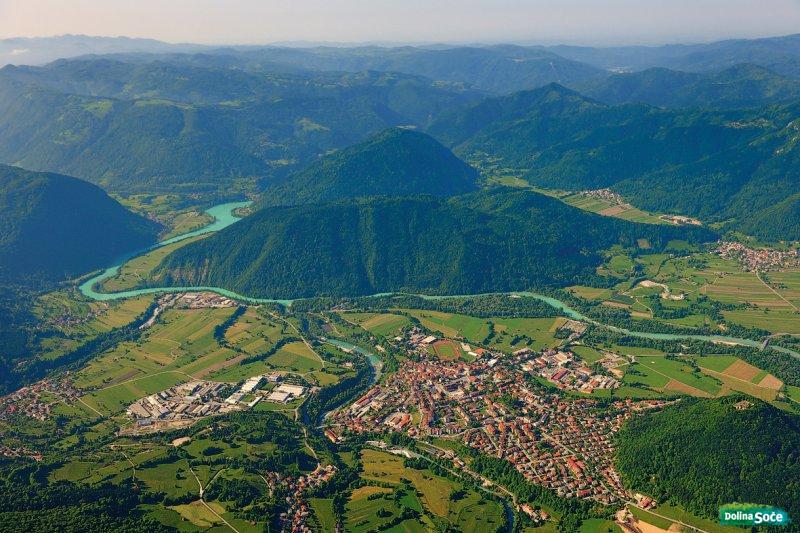 The abattoir: ‘Tolmin’ today, the Slovenian town lies at the confluence of a very scenic river system. Runoff from the steep slopes provides the unique color. The little hill on the right foreground is Kuk; this is the view from the Austro-Hungarian side

While this has been one of many local attacks in recent days — indeed, other desultory efforts continue today elsewhere along the line — Cadorna never seems to learn any lessons in the course of his command. Steadily enlarging his forces, putting ever more men and guns on the front to press uphill into the teeth of imperial and royal army’s defenses, he prefers to attack all at once with broad columns of infantry behind an ever-growing bombardment; his habits will eventually become his undoing at Telmino. For the moment, Croatian-born General Svetozar Boroević von Bojna is still in charge, and his simplistic doctrine of determined defense continues to attrit his enemy at an alarming rate here all the way into 1917 without showing any more creativity than Cardorna.

Crucially, however, Boroević is left holding a small bridgehead across the bend in the Isonzo here despite the slow italian progress elsewhere. Just a little over four miles long, this is the ground where a certain German officer — already a decorated hero — will change the dynamic of the war here by crossing at Tolmino, allowing the encirclement and destruction of an army in a classic German double-pincer maneuver. By then, Cadorna’s army will be twice as large, better-trained and equipped, while the Hapsburg army will be on its stubborn last legs. But first, Germany and Italy must actually declare war on one another, an event still many months away. 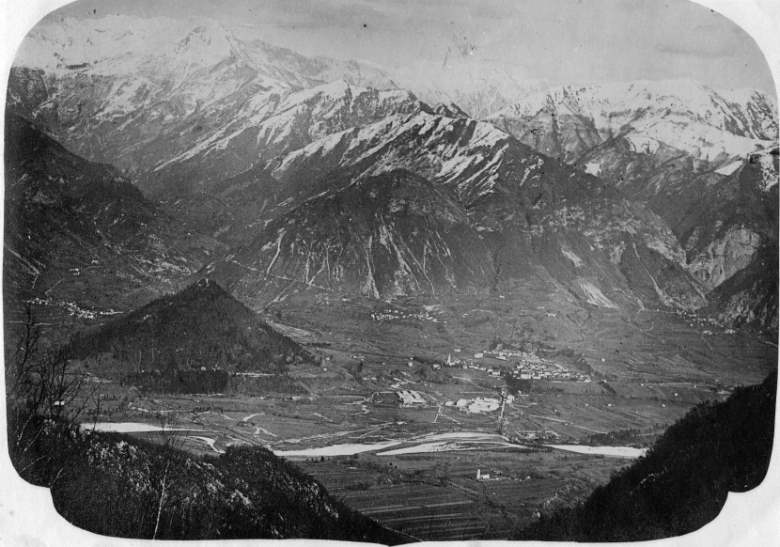 A view from the Italian side. Monte Nero has the entire Italian side of the river under continuous observation for defensive artillery fire, using less ammunition to inflict greater casualties than the Italian guns. It is difficult to position and fire guns in such ground

One of the most influential and important officers in the history of the Wehrmacht, Erwin Johannes Eugen Rommel began the war with the 124th (6th Württemberg) Infantry Regiment. Wounded twice already in a distiguished career as a daring and successful officer, Rommel has done his fighting in the Argonne, earning the very Iron Cross, First Class in his unit. Recovered enough from his most recent injury to serve again, he has just been transferred to the training command of a mountain regiment (alpenkorps), where he transfers his knowledge and expertise to legions of new German soldiers. Rommel craves a return to command, however, and returns to the Carpathian front to fight Romania in 1916. Victorious, he will receive another transfer in anticipation of a Central Powers offensive here in 1917, earning the Pour le Mérite (better known as the Blue Max), the highest decoration in the Empire.