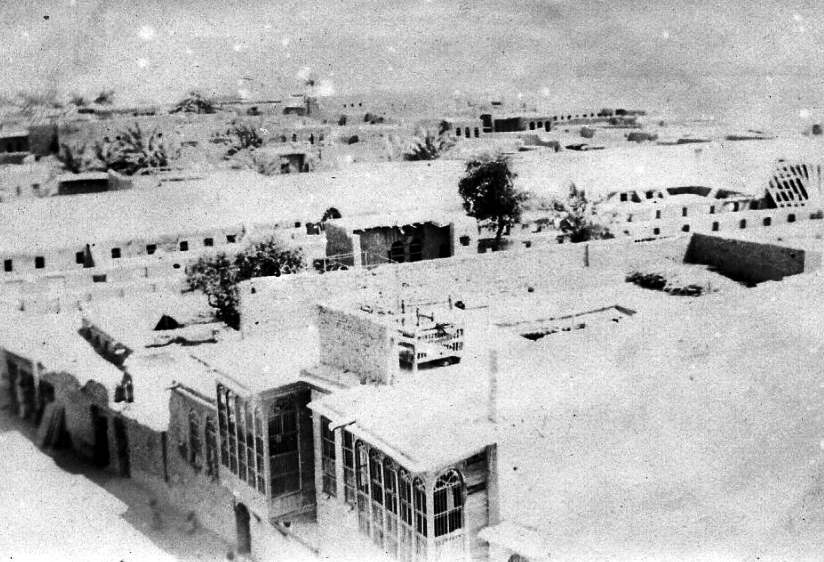 Where the ancient, ever-changing Tigris River bends to the north just before plunging through Lower Mesopotamia on its way to the Persian Gulf, in 1915 there is a series of teeth-shaped switchbacks which make it relatively easy to defend against an enemy marching upriver towards Baghdad. Thus the Ottoman Army has fortified Es Sinn (‘the Tooth’), a riverine peninsula at the town of Kut Al-Amarah (see above), and the Poona Division of the Army of India has come to pull them out by the root.

The fighting began two days ago as General Sir Charles Townshend attacked on both banks, fixing the Turkish defenders with the 16th and 17th Infantry Brigades while deploying the 18th over a pontoon bridge to hit the enemy from the flank. The battle was in earnest yesterday, with the heaviest fighting taking place between 9 AM and 2 PM as the British and Indian troops pushed the Turks out of their northern defenses. Cavalry and armored cars screened the British flank, forcing Turkish General Nur-ud-Din Bey to withdraw his reserves by the evening. The British river tugs then approached the obstacle that defenders had placed in the channel, but failed to dislodge it, losing Lieutenant Commander E. C. Cookson to a bullet when he tried to cut the wire cable securing the barges while under fire. 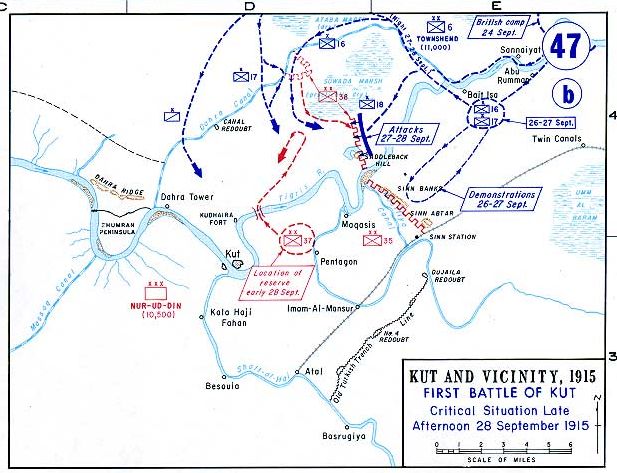 A map of the Battle of Es Sinn. Note that the Poona Division approached from the north

This morning, the British discover that the Turkish defenders of Kut el-Amarah have evacuated during the night. Organizing a cavalry pursuit with shipborne infantry support, Townshend marches into the city of 6,000 Shi’a Arabs and asserts a military government; as in similar communities across Lower Mesopotamia, the people here have no real love for their Ottoman masters, and seem to welcome the liberation. But in the night, wounded British soldiers have been assaulted, robbed, and murdered by local tribesmen who bear no allegiance to either empire. Loyalties are so fleeting here that the firmest ground can turn to quicksand in a moment.

Casualties are lopsided: The Poona Division has suffered just 500 killed and some 700 wounded, while the Turkish force has lost more than five thousand men, with more than one thousand captured. Yet Townshend’s pursuit force, like his supply train, is held up by the falling water level of the river, which makes navigation tricky even in flat-bottomed paddle-wheel boats. Ordered to advance on Baghdad with much less time to stockpile supplies than he wanted, Townshend only catches up with the Turks in November, after they have reached their prepared defenses at Ctesiphon, the ancient Persian capital fifty miles south of the present capital of modern-day Iraq. From there, everything goes sideways. 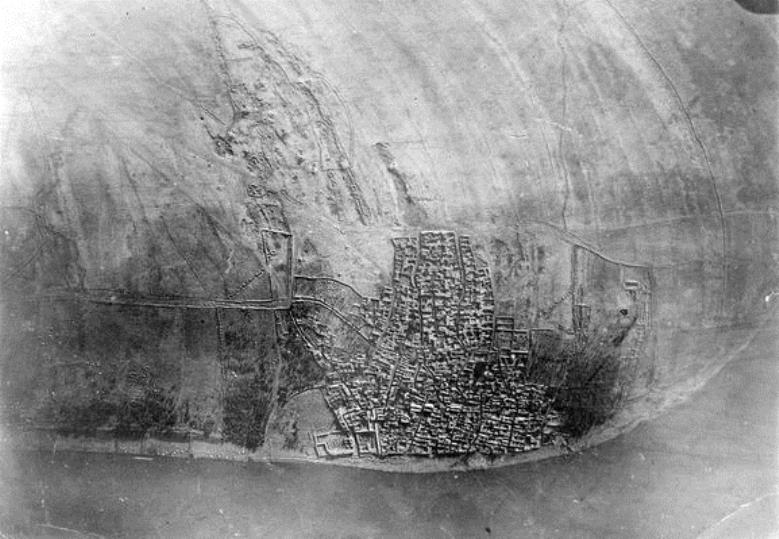 Townshend is no coward. More than 350 miles from the sea, he is at the extreme end of a long logistical chain with uncertain linkages. He wants more supplies, more transport ships, more trench warfare equipment, and a firmer lifeline, but he will get none of these things. Sir John Nixon, the regional British Commander-in-Chief, refuses to give him the time necessary to consolidate his position before advancing any further, while the Indian government — which oversees British interests in the region — is possessed by the desire for a quick victory in Baghdad to make up for British failures elsewhere, especially Gallipoli. London is initially hesitant to endorse the advance on Baghdad, but eventually falls in with the enthusiasm of Charles Hardinge, Governor-General of India.

Unfortunately, there is no concurrent effort to push reinforcements and ships upriver, leaving Townshend to attack a much larger force than his own without sufficient means to sustain the fight. Today’s victory has set the stage for one of the Great War’s greatest blunders. 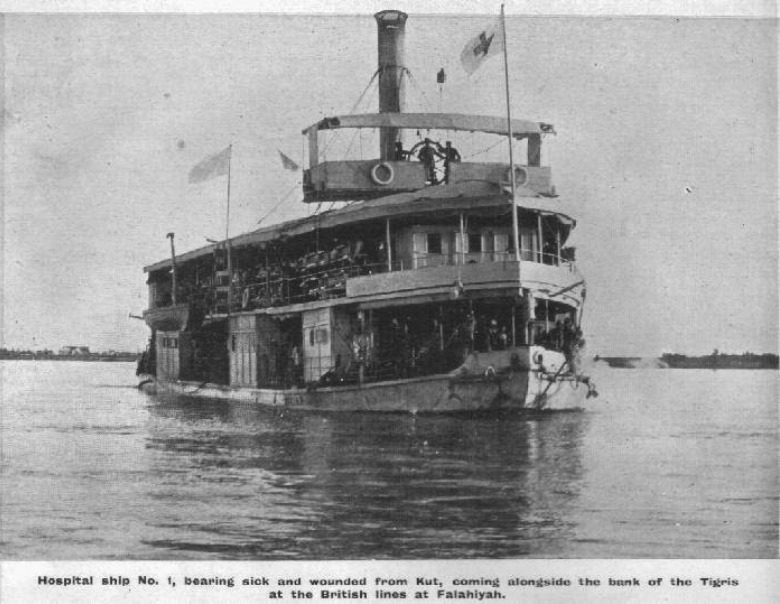 An example of the type of craft needed for navigation on the Tigris. London is slow to meet Townshend’s request for more of them