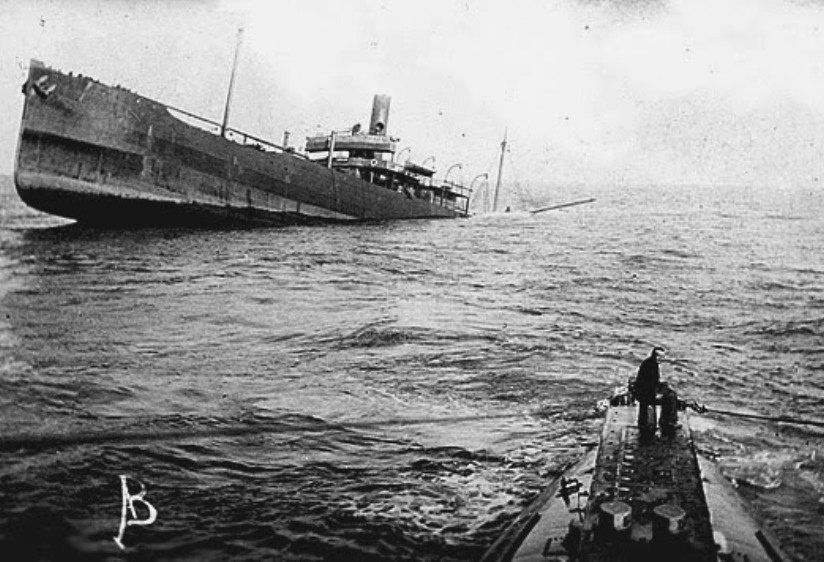 A submarine is supremely vulnerable while surfaced; their captains prefer to wear the water like armor and cloak against the superior steel, armament, speed, and endurance of surface ships. In the wake of controversial sinkings that killed Americans at sea this year, the German Kaiser has acceded to American diplomatic pressure by restricting his captains to rules of engagement which put them at severe tactical disadvantage, and the British Navy is taking full advantage with experimental decoys.

On August 19th, the submarine U-27 was busy sinking the freighter Nicosian with her deck gun when an American steamer approached the scene flying flags to signal ‘am saving life.’ Suspending his attack to let the newcomer rescue the doomed ship’s crew in their lifeboats, Kapitänleutnant Bernd Wegener allowed the approaching vessel to close with him on an intercept course, and as a result the Nicosian masked the Q-Ship SS Baralong from his view while her British crew lowered their false flag and exposed their hidden 12-pounder guns.

What followed next was a massacre. At what amounts to point-blank range at sea, Wegener’s crew managed to get off just one shell from their deck gun against thirty-four from the Baralong. Within minutes of the first shot, the U-27 was sinking in a burst of compressed air with most of her crew still aboard, while those on deck who swam away came under immediate small arms fire. The twelve sailors who escaped and swam to the Nicosian were all either killed climbing her side, or discovered and shot by the Baralong‘s boarding party — as the freighter’s crew cheered in their lifeboats.

Popular British public and military opinion has always held that submariners are not ‘playing the game,’ and while Britain’s own submariners are earning their share of respect and dying glory, the enemy is not being extended similar courtesies. It is reckoned that since ‘the Hun’ has no respect for the laws of war, he is not entitled to their protection. 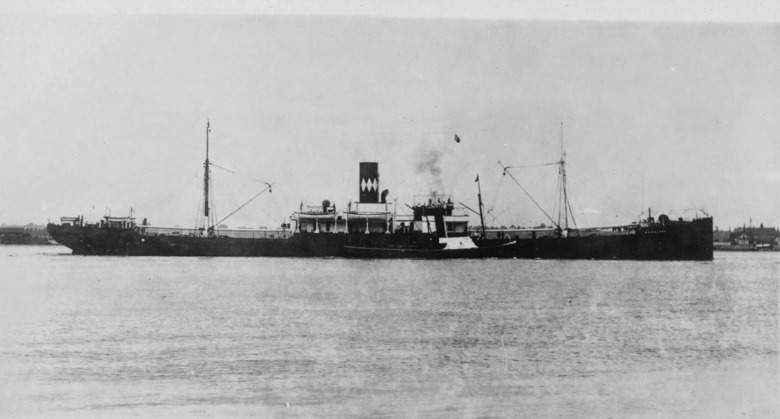 The HMS Baralong. Her name will later be struck from the Lloyd’s register; she will serve in the Mediterranean as Wyandra

Accounts of Lieutenant-Commander Godfrey Herbert’s behavior during the incident differ somewhat. Prone to lead rather like a pirate captain instead of an officer in His Majesty’s Navy, Herbert has a somewhat indisciplined crew worthy of a big-cast war film complete with comic relief. He is supposed to have ordered a cease-fire without effect, reflecting the conditions of his cruise: other than an infamous bar fight that ended with Herbert and his men embarking as wanted men, their fruitless months of patient hunting have offered no release; the kaleidoscope of witness statements on the incident is unsurprisingly a word cloud of anger at German U-boat sailors, emphasizing vengeance for the Lusitania sinking and the Arabic, the latter being sunk that same day with the Baralong nearby. But Herbert accepts responsibility for the decision to leave no survivors, citing his fear that the German sailors would scuttle the Nicosian. His order to the marine squad boarding the freighter is consistent with his off-the-record instructions from the Admiralty’s Secret Service, which has overseen the top secret Q-ship project, to ‘take no prisoners.’

It has been impossible to keep the incident under wraps, for Americans were among the Nicosian‘s complement of merchant mariners. In fact, as the Baralong continues her hunt today in the Southwest Approaches, the transoceanic shipping channel off Cornwall, sworn statements are already being taken in the United States by a German diplomatic service eager to win propaganda points. Most at issue is the use of the neutral American flag without identifying the ship before initiating hostilities, a step required by the chivalrous rules of 19th Century commerce warfare. The notarized affidavits will be delivered to the American ambassador in December; with the new year, the seemingly-settled U-boat controversy will instead loom over the Atlantic like a storm cloud. 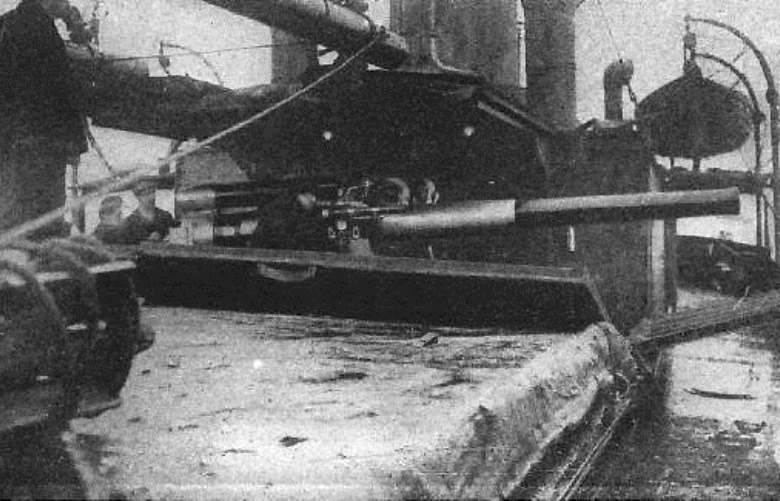 A hidden gun on an unnamed Q-ship. Ineffective against a real surface warship, it is more than enough gun to sink a U-boat

Today also finds the Baralong under a new captain, for Herbert has chosen to return to the submarine service. Lieutenant Commander A. Wilmot-Smith encounters the U-41 shelling the 6,651-ton Urbino, once again flying the American flag as he approaches. Kapitänleutnant Claus Hansen is wilier than his unfortunate colleague Wegener, choosing to submerge until the steamer is close, but when he surfaces the effect is almost the same. Two submariners are taken alive; the rest drown. Ironically, Hansen is one of the most humanitarian captains in the Kaiser’s submarine service, and his death only emboldens his peers to lobby harder for release from their diplomatic shackles.

The U-boat evolves as quickly as any other war machine, expanding torpedo capacity as the comparative example of Walther Schweiger gains approval. The villain of the Lusitania sinking, Schweiger had fired torpedoes at hospital ships months before that, and in order to please the Americans he was recently reprimanded for sinking the Arabic. But Schweiger is still alive, whereas captains who play by the rules are dead, and these are the wrong incentives to improve either side’s conduct of the war. Even today, many Germans consider both of the Baralong‘s victories to be war crimes. 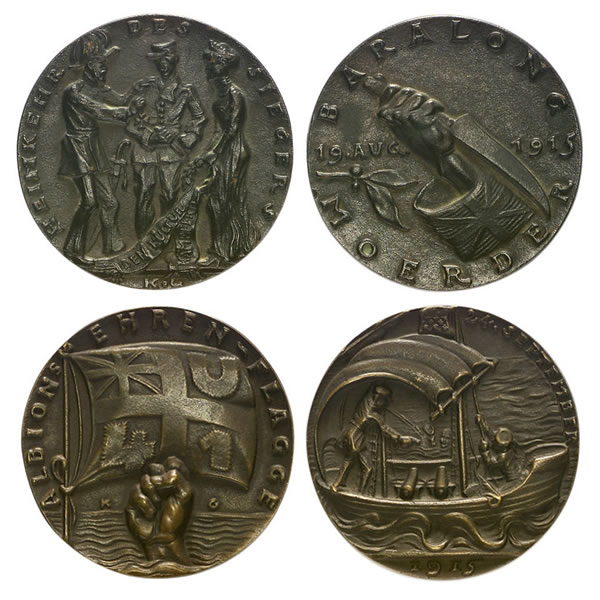