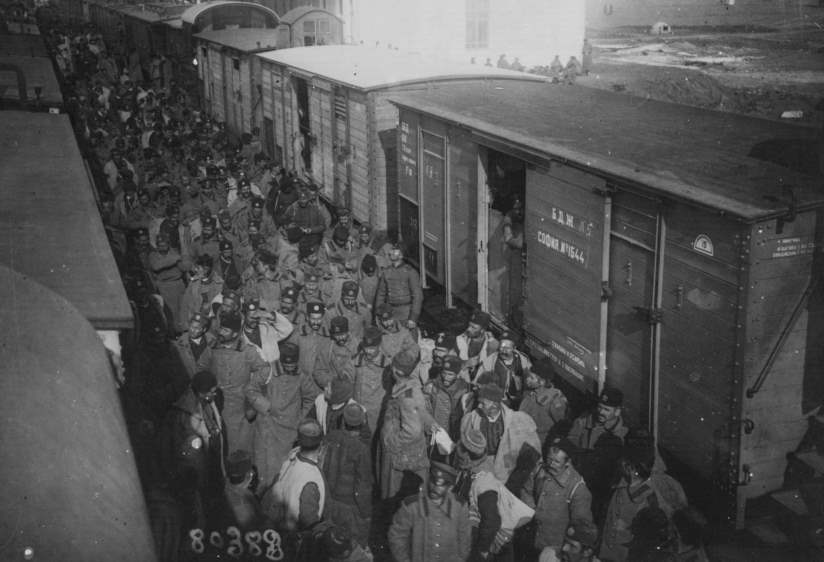 Yesterday, Ferdinand I of Bulgaria approved a public mobilization order, which is published today along with a statement from Prime Minister Vasil Radoslavov declaring the nation’s new policy of ‘armed neutrality’ in the Great War. In fact, the leaders of Bulgaria committed to a secret pact with the Central Powers seventeen days ago, and mobilization for a combined attack on Serbia has been taking place under tight security for twelve days. But it is now impossible to conceal the unit calls, troops movements, and other military activities taking place in the capital Sofia, where the Serbian military attaché has duly warned his government of the gathering storm.

Radoslavov’s lies continue tomorrow as he specifically insists that the mobilization is not aimed at Serbia, but now preparations can expand considerably. Reservists are activated, filing the country’s railway stations (see above) with hundreds of thousands of men, not all of whom can be equipped or armed, for the national armories do not have enough weapons or uniforms. More than six hundred thousand men and nineteen thousand officers are drawn up in 390 battalions subordinate to three army commands, about 13% of the total Bulgarian population; and while it is one of the highest ratios achieved by any belligerent during the war, the Bulgarian Army is short by about 150,000 rifles, and stockpiles contain about five hundred rounds for each artillery weapon. Nearly half of the available field and mountain artillery is grouped with 1st Army, which will be commanded by General August von Mackensen as part of his joint force now being deployed against northern Serbia. The 2nd Army is appointed to invade the long-coveted lands of the Vardar Macedonia and watch the border with Greece, while 3rd Army is arrayed at the Romanian border in case of a military response from Bucharest.

Of course, it has also been impossible to conceal the mobilization from Bulgarian politicians, and a coalition representing all the non-communist parties in the Subranie (Parliament) has already called upon Tsar Ferdinand for a full and open debate session to discuss the issue. But instead, a meeting between the monarch and Aleksandar Stamboliyski went badly six days ago, and when the Agrarian Union leader published an account of the episode in the party newspaper, Ferdinand had Stamboliyski arrested for Lèse-majesté (‘injury to the monarch’). An ardent supporter of pan-Balkan federation, Stamboliyski will be convicted in a military trial and sentenced to life in prison, residing in a penitentiary for the rest of the conflict. Three days ago, Radoslavov’s mobilization won the approval of picked deputies in a secret meeting, providing a fig leaf of democracy; the full Subranie will not meet again until December, when the conquest of Serbia is almost complete.

Response in regional capitals is swift. Greek Prime Minister Elefthérios Venizélos immediately asks King Constantine I to mobilize the nation’s army “as a measure of elementary prudence in view of the mobilization of Bulgaria.” But the two men have differing interpretations of the mutual defense pact with Serbia; Constantine will not authorize the Greek Army to fight unless Greece itself is invaded, while Venizélos holds the kingdom duty-bound to defend an ally. Their dissonant views will create a historic rift in Greek politics during the days to come — a period of time known as the National Schism.

In Bucharest, Subranie leaders Take Ionescu and Nicolae Filipescu make a public demand for immediate mobilization against Bulgaria. A personal friend of Venizélos, the lawyer and journalist Ionescu is an anglophile by marriage and francophile by education, modeling his politics on Winston Churchill’s father. But he is also an astute political observer who forecast the regional turmoil behind the Great War — and foresaw this Bulgarian aggression — at the conclusion of the Balkan Wars in 1913. Filipescu is a former Minister of War and a member of the Conservative Party. But neither is Prime Minister, and Ion Brătianu refuses to mobilize without firm, detailed assurances of the territorial gains Romania can expect. And with the Gallipoli campaign faltering, the Central Powers are currently ascendant — seemingly unbreakable. Having conducted secret diplomacy to draw his country closer to the conflict, Brătianu will soon find himself under political siege by both Ionescu and Filipescu as they lead popular demonstrations in the capital calling for war. 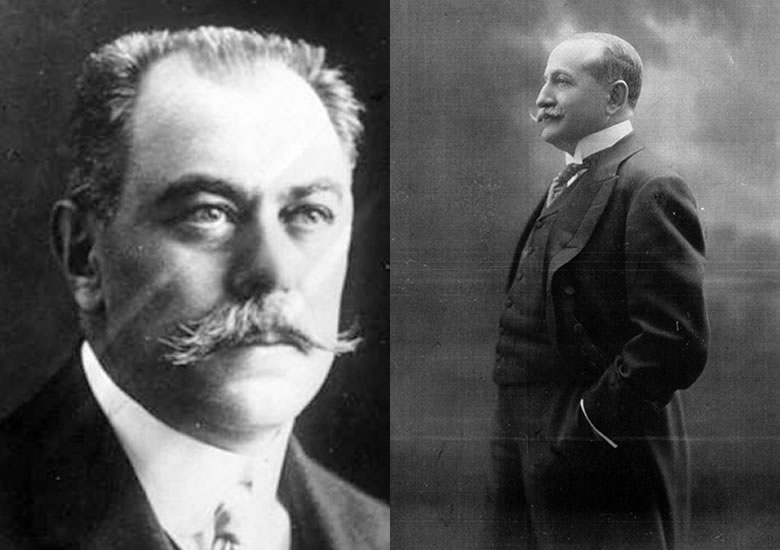