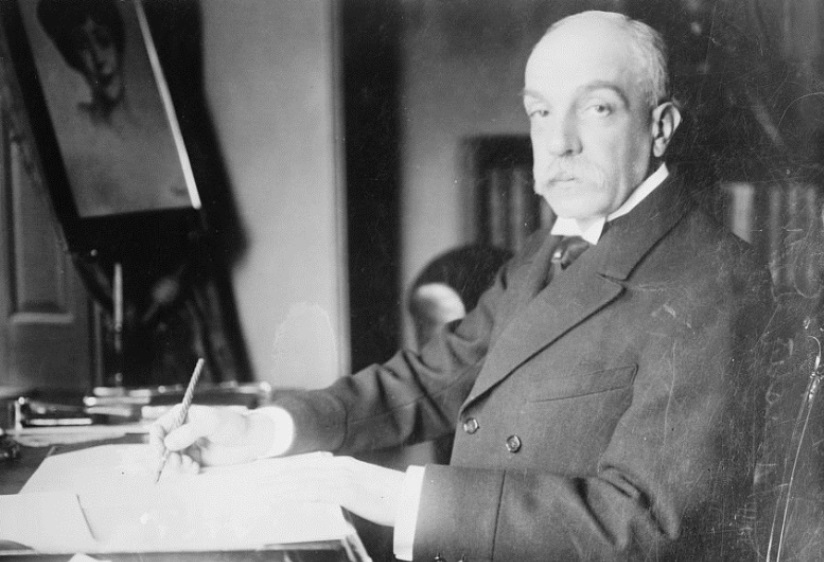 Seen above, Konstantin Dumba is the imperial and royal Ambassador to North America for His Majesty Emperor Franz Joseph, and therefore directly represents the Hapsburg regime from the embassy in Washington, DC. On August 21st, he bid farewell to James Francis Jewell Archibald, an American war correspondent who has embedded with German troops before, at the bottom of the gangplank as he prepared to board the Rotterdam, a steamer of the Holland-America line. Explaining the matter to his editor at the Chicago Herald today by cable, Archibald insists he did not know what was in the envelope.

There was absolutely no secrecy or suggestion of the letter’s importance. I had absolutely no idea whatever of its contents. Nor did I now what the real trouble was until I read it here in the papers. I don’t think Dumba thought of the serious position it would put me in. He had already given me several letters of introduction.

[…] When I left Berlin last spring, I carried letters and packages for Ambassador and Mrs. Gerard and several Attachés in exactly the same friendly spirit. I had asked others not to send anything important. But this Dumba letter, coming at the last moment, I did not give it any special thought, as it was handed to me in such a very casual manner.

Indeed, Archibald is hardly a cheerleader for the Central Powers, and his past works include a glowing comparison of the British and American armies titled Blue Shirt and Khaki; there is no evidence that he had any reason to suspect anything was amiss. Addressed to the Hapsburg Foreign Minister Stephan Burián von Rajecz, Dumba’s letter discusses plans to disrupt American factories producing war material for the allies using labor strikes and agitation along the same sort of nationalist lines that have characterized the German embassy’s efforts to organize German-Americans. The memorandum is thus a clear violation of American neutrality:

I am under the impression that we could, if not entirely prevent the production of war material in Bethlehem and in the Middle West, at any rate strongly disorganize it and hold it up for months, which, according to the statement of the German Military Attaché, is of great importance, and which amply outweighs the relatively small sacrifice of money.

But even if the strikes do not succeed, there is a probability at hand that we shall compel, under pressure of the crisis, favorable working conditions for our poor oppressed fellow-countrymen. In Bethlehem these white slaves at present work 12 hours a day, seven days in the week! Moreover, weak person succumb, become consumptive. As far as German workingmen are found among the skilled elements, provision will be made forthwith for their exit. There has, besides this, been created a German private registry office for providing employment, and which already works voluntarily and well for such persons. We too shall join…

On August 31st, while the Rotterdam is stopped at Falmouth in compliance with the allied blockade of German ports, she is boarded by British naval inspectors who know of his sympathetic writings from the wrong side of the front, and his plans to report from within the Austro-Hungarian Empire. Searching his cabin, they find the unopened and unhidden letter, recognizing its importance right away. Upon being informed of the letter’s contents, Walter Hines Page, the American ambassador in London, had a photo facsimile transmitted to Washington. 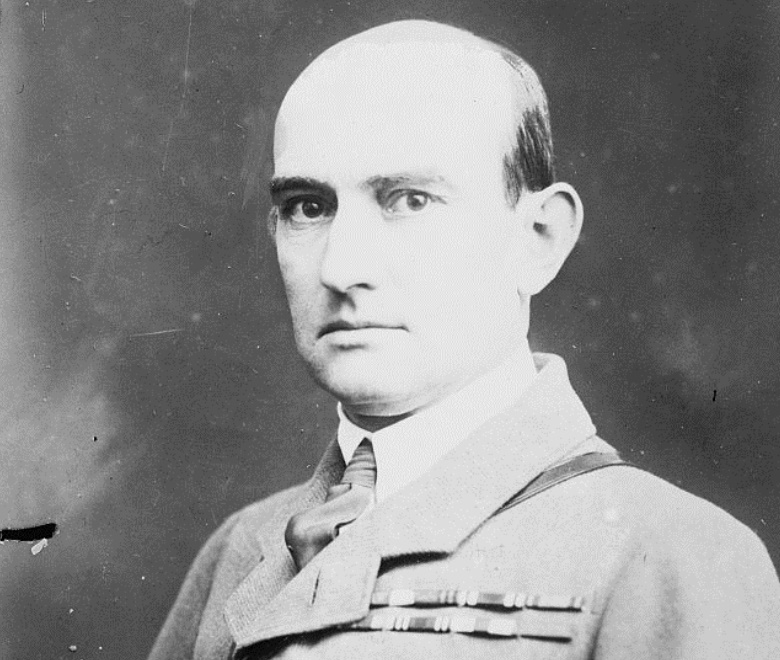 James Francis Jewell Archibald circa 1915. He was also the first person wounded in the Spanish-American War

As a result of the disclosure, Dumba found himself being closely interviewed by American interlocutors, and today United States Secretary of State Robert Lansing sends a note to the American ambassador in Vienna, Frederic Courtland Penfield, directing him to inform the imperial and royal government that Mr. Dumba’s services are no longer desired.

By reason of the admitted purpose and intent of Mr. Dumba to conspire to cripple legitimate industries of the people of the United States and to interrupt their legitimate trade and by reason of the flagrant violation of diplomatic propriety in employing an American citizen protected by an American passport as a secret bearer of official dispatches through the lines of the enemy of Austria-Hungary, the President directs me to inform your Excellency that Mr. Dumba is no longer acceptable to the Government of the United States as the Ambassador of his Imperial Majesty at Washington.

On the 11th of September, Penfield delivers the required note. A week later, Dumba sends a letter of protest to Lansing’s Department of State arguing that he merely sought to find other work for Hungarians, Austrians, and other nationalities of the empire employed in munitions work, but the decision is not to be revoked. Granted a leave of absence to save face, Dumba is recalled home in October along with two consular officers in Philadelphia and New York. He will receive a noble title upon his return, confirming the most paranoid suspicions of his activities in the United States. Because of the difficulties inherent in sending a new ambassador, Dumba’s replacement will not arrive until a few weeks before America finally declares war.