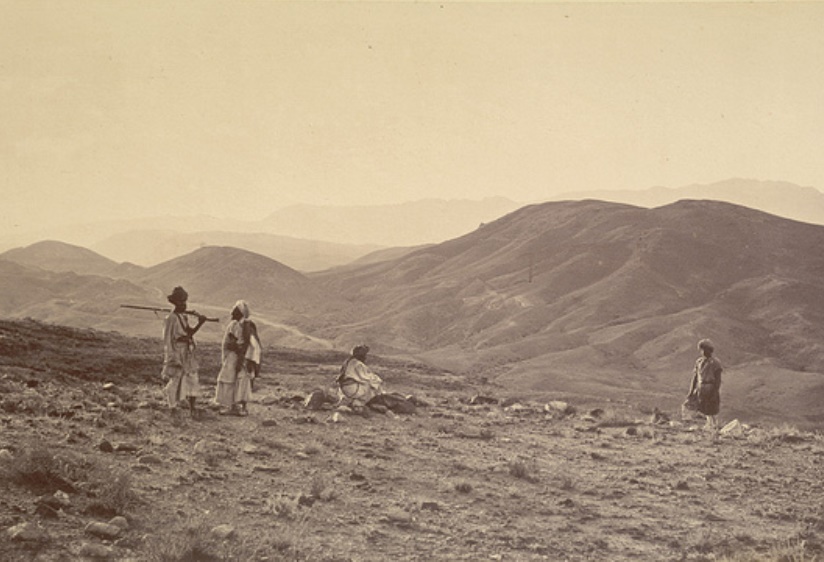 When the King of Afghanistan agreed to the line that Sir Mortimer Durand drew across the map of Central Asia in 1893, he was giving up any claim to the tribal areas of Chitral, Swat, Buner, Dir, the Khyber, Kurram, Waziristan, and Bajaur. Still the modern border of Pakistan and Afghanistan, the Durand Line was drawn right through Pashtun and Baloch tribal areas with a pencil, and the resulting political boundary has never truly been settled. Twenty-two years after the agreement recognized the Kabul monarchy to create a limited ‘buffer state’ between India and Russia, landlocked Afghanistan is still dependent on British diplomatic offices and economic support. Meanwhile, the ‘tribal belt’ has been restless since April, for Salafist preachers exhort the people to a Turkish jihad.

The Army of India has been forced to withdraw troops from Mesopotamia to reinforce their Northwest Frontier against a series of violent uprisings. Another incursion began near Peshawar a week ago when a force of 3,000 Bajauris closed on the fortress of Chakdara, burning a small outpost at Bandagai the next day. Two nights later, the locally-enlisted ‘Levies’ abandoned their small posts at Sado and Serai and Katgala, which also fell to the torch. The two mullahs combined their forces in the Adinzai Valley with the objective of making allies of the Dir and Swat tribes, but the occupants of Chakdara were not content to wait for them.

Temporarily in command of the Malakand Moveable Column, Lieutenant-Colonel Charles C. Luard of the Durham Light Infantry sets out with his own force today at first light. Making contact with the enemy by midmorning thanks to outstanding cavalry reconnaissance, Luard returns to his base before sunset having suffered just four casualties, while the attacking force is scattered with hundreds killed, wounded, or captured. Underlining his success, the Swat region remains quiet into the new year. Only yesterday, a German diplomatic mission failed to convince the King of Afghanistan to join the Central Powers; twenty-four hours later, the back of another insurgency on the Indian frontier has been broken. 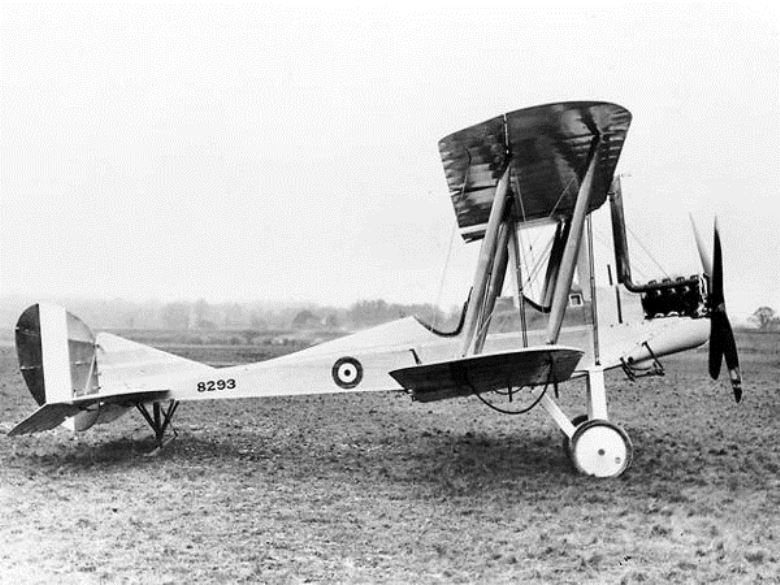 A Royal Aircraft Factory-built BE2c. Flown by remote control, it would make an effective drone

But the tensions along the Northwest Frontier have already sent fateful ripples across the British Empire. A policy telegram this August from the Secretary of State for India to the Viceroy, Lord Henry Hardinge, discussed the problem of an army stretched thin, providing the “bare minimum necessary to provide for the security of the frontier,” and noted the potential utility of aircraft to provide asymmetric reconnaissance and firepower against people not armed with similar weapons.

In frontier warfare reconnaissance has always been one of the greatest difficulties, and our ability to meet large and sudden concentrations is largely dependent on information. We are satisfied that [the] increasing reliability of aeroplaces at present confers on us [the] power of reconnaissance far in excess of past experience. Thus from our point of view [the] necessity is an urgent one.

British military operations in the tribal belt have always been punitive, but the recent rubber-stamping of a new air arm for the Indian Army will sharpen that policy. Conducting what Lord Kitchener calls ‘raid and scuttle,’ a column of troops usually invests the offending village, evacuating the inhabitants and rendering it uninhabitable. Dispatched by ship in November, the first two flights of BE2c airplanes arrive on the frontier in time for Christmas, and a pilot cadre is being trained to fly through the 8,000-foot mountains of Lahore while navigating and surveying by February. Within a year of the Hardinge telegram, a small but growing air force is participating in missions throughout the tribal belt, providing aerial intelligence and an asymmetric weapons platform.

A bombing mission on the village of Nanu in the Splitoi Valley during August of 1917, which kills several civilians, speaks to one aspect of this emerging ‘technology fix’ designed for mass fire and attrition warfare being used to suppress ethnic and religious insurrection. But another mission in June, which hits the house of a rebellious tribal chief and kills a child, marks a competing discipline of fire — a trend that will characterized in our time by the use of ‘precision guidance’ munitions to perform ‘surgical’ missions. In July 1918, the Secretary of the Military Department of the India Office tells the Air Ministry in London that the airplane is not just useful, absolutely essential for fighting on the Northwest Frontier:

Recent frontier warfare has shown their extreme value, and it is not too much to say that an efficient and sufficient force of aeroplanes can bring about a decision in our favor more quickly than anything else, and incidentally save many lives, considerable bloodshed, and much money.

In May 1919, after the long-simmering tensions with Afghanistan boil over into conflict with the assassination of Habibullah Khan and the ascension of his pro-German son, a single British Handley Page V/1500 bomber strikes Amir Amanulla’s palace in Kabul, causing damage and terrifying the court. He sues for peace a week later, vindicating the doctrine in imperial eyes. Today, we flatter ourselves by thinking these ideas are new, or have been invented in our own time. 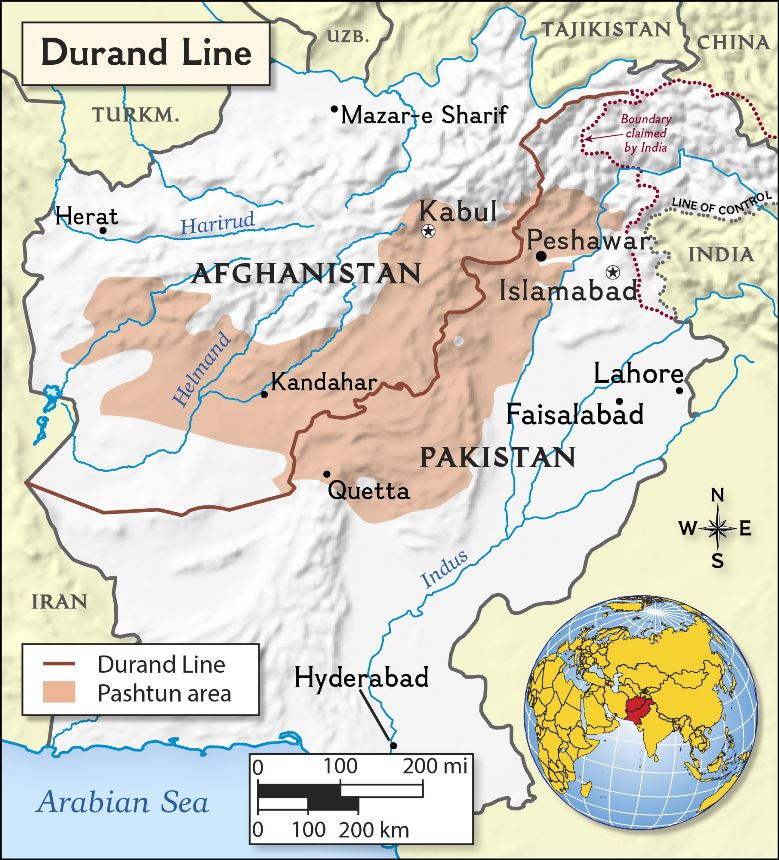 A map of modern-day Pakistan and Afghanistan, still split by the Durand Line, which bisects the tribal belt