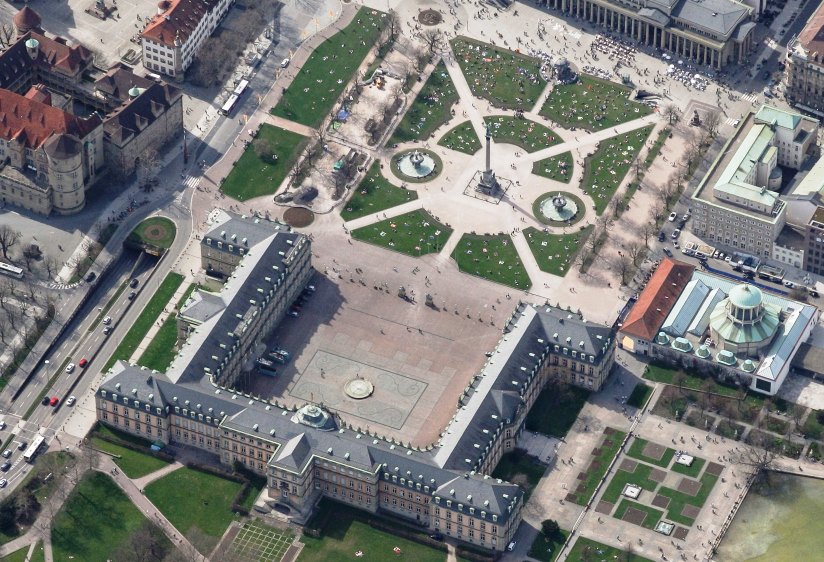 Seen above in the full splendor of their present restoration, the former royal palace of Württemberg and its medieval precursor on the upper left will be badly damaged by bombing over the next three decades. That history begins a century ago today at about 8:15 AM as a French air raid buzzes over Stuttgart. Having launched from the aerodrome at Belfort, the flight of twenty airplanes has undertaken the deepest penetration of German airspace so far in the war. Their mission to attack the palace and the railroad station serves two primary purposes: it is retribution for recent German air raids on unfortified French cities, and also serves to support the looming allied offensive around Artois.

German intelligence has been aware of that gathering storm for weeks. In recent days, French artillery has engaged in a number of duels with German guns; yesterday, the bombardment of the German Sixth Army by the British First Army and the French Tenth Army gained in volume and tempo, the unmistakable signs of a brewing offensive push. And for the last few weeks, allied air operations have increased commensurately, with many missions targeting railways and bridges to stifle German reinforcements.

Today’s mission is therefore a kind of statement, for despite dropping more than one hundred bombs, the airmen do relatively little material destruction, for their munitions are still too small. Four German civilians are killed, and a few civilians and soldiers are injured; the targets and surrounding buildings are only slightly damaged. To deceive German observers and penetrate the air defenses, today’s mission is conducted with German markings painted on the French aircraft. After the bombs begin to fall, however, German gunners open up a violent barrage, filling the sky with fire as the raiding force turns again for home. Later in the day, an actual German pilot will be take ‘friendly fire’ from nervous men on the ground while landing after his reconnaissance mission.

One of the buildings hit today is the American consulate. Curiously, the United States lodges no complaints over the incident, and america’s newspapers make no mention of it — facts which do not escape notice in Potsdam. 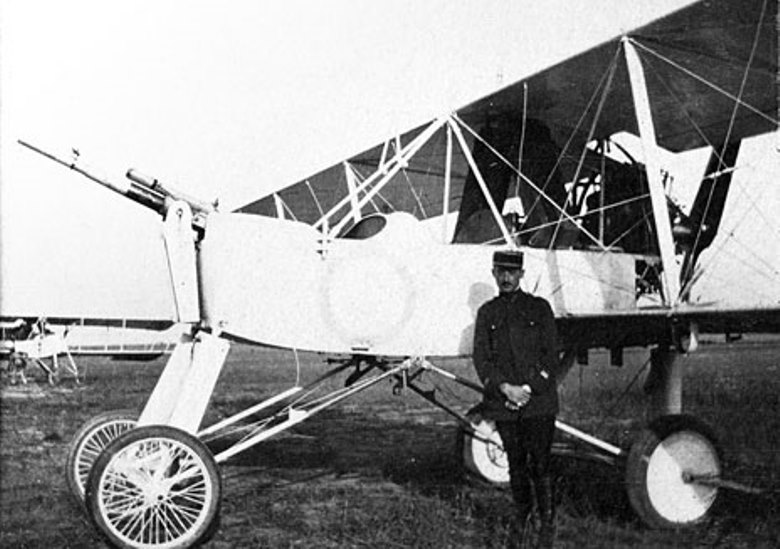 A Voisin Type V. An intermediate design, it is the first iteration to focus specifically on the bombing role

It has still been less than a year since the first confirmed air combat victory, and in that short time the war in the air has grown in scale and intensity at exponential rates, with a growing differentiation between fighter, bomber, and reconnaissance roles. The new German Fokker monoplanes are multiplying, making the sky more dangerous for the allies than ever before, while British and French ‘push propeller’ hunter-killers have also conducted at least forty air duels in just the last eighteen days.

The most ubiquitous of those designs, the Voisin Type III, was too underpowered for the bombing missions envisioned by the French Army, so Gabriel Voisin has raised and upgraded the engine, adding 30 horsepower. Upon seeing the new plane, the Service technique de l’aéronautique (STAé) dubbed it the Voisin Type V. Yet the new plane is still underpowered, carrying only a slightly heavier bomb load than before, and flying only about seven miles per hour faster. About 350 of the Type V will be manufactured into 1916, but by then they will be completely obsolete; other improved versions will be manufactured in much larger quantities. 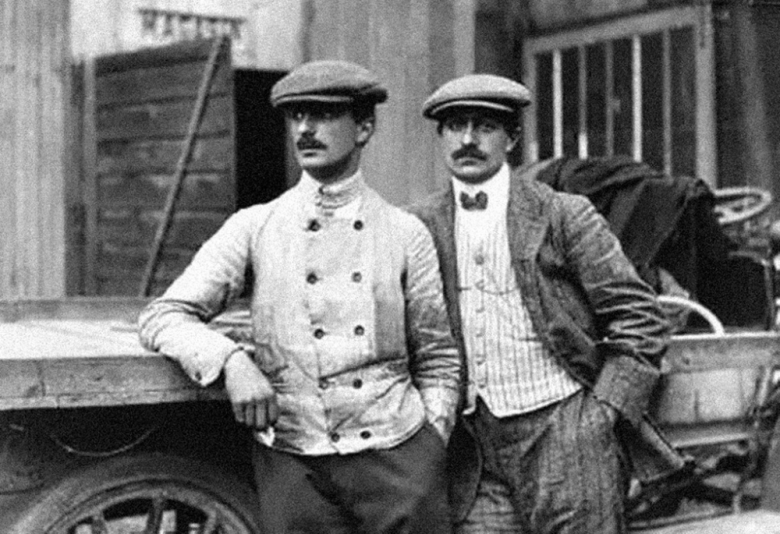 Aviation pioneers Gabriel (left) and his brother Charles Voisin, who was killed in in a 1912 automobile accident. Gabriel will abandon aviation development after the war, citing the immense bloodshed and destruction wrought by his machines

Of course, Voisin has many competitors in the new aerial arms race. Brothers Gaston and René Caudron are currently working on a new twin-engine version of their G.3 aircraft with the same impetus to expand its bomb capacity to 220 pounds. Equipped with a forward observer/gunner mount, the resulting design is accepted by STAé as the Caudron G.4, going into service this November after a nine-month gestation. More than 1,400 copies of the plane will be produced, with the type seeing heavy service on the Western, Eastern, and Italian fronts. But due to rapid advances in German air defense, it will be withdrawn from deep bombing missions like the one today less than a year after first appearing in force. Thereafter specializing as a night bomber, the G.4’s onboard radio also makes it quite effective in artillery spotting and reconnaissance roles, yet newer designs are already surpassing its sped and lift.

During the Great War, the pace of innovation is simply too fast for any aircraft design to dominate the skies for very long. The basic principles of air power are already being clarified, yet the technology is still so new that manufacturing centers cannot be expanded fast enough to achieve the aircraft production rates that a later generation will achieve. By the war’s end, heavier payloads are dropping from large formations of bombers flying in mutual support against predatory fighters — a vision of things to come on a much larger scale.

Nor are production bottlenecks the only challenge in creating large bombing fleets before the war’s end. Pilots were uncommon enough when the war began, and training enough of them to keep the planes in the air proves a daunting challenge. Flying is still an extremely hazardous activity in 1915, and the attrition of would-be aviators killed in training is at least equal to the body count from air combat. Underlining that fact, Gaston Caudron is killed in December while test-flying the R.4, another bomber design. 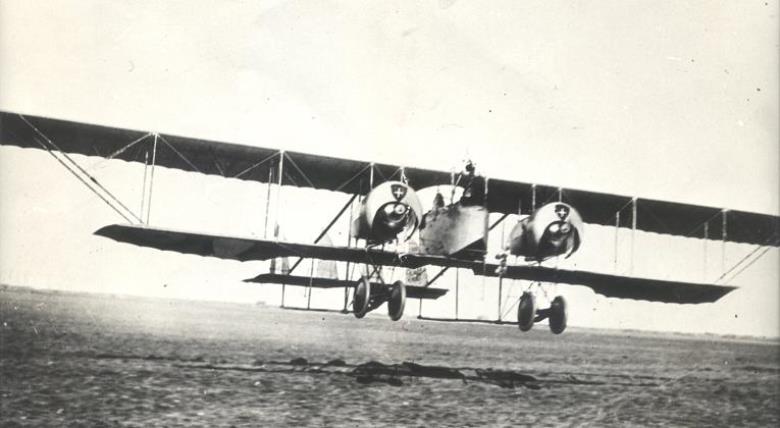 A Caudron G.4 in takeoff. Because they don’t obstruct the pilot’s rear visibility, forward-facing propellers win over push designs