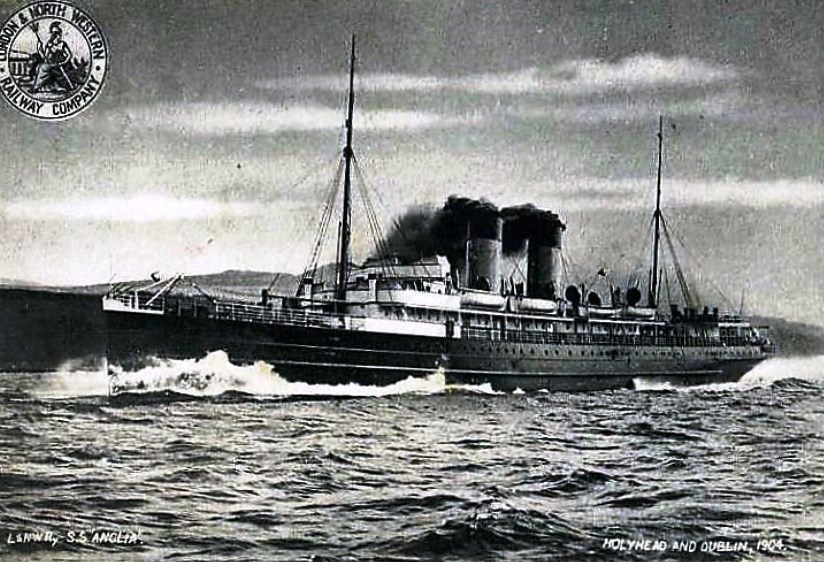 The Great War is getting worse all the time. Hatreds that barely existed in 1914 now run deep and strong, leading to ever-greater acts of inhumanity — and heightening the desperation of all the powers at war.

In Paris today, the War Committee arrives from London to begin high-level discussions on a new, grand allied strategy. More theoretical than practical, these talks nevertheless take shape in the weeks to come as the Entente allies seek to coordinate their offensive actions in the new year. French thrusts in Champagne and Artois have gained little ground at tremendous cost, failing to break the German line; Britain’s effort in Flanders was a dark comedy of waste; expelled from Poland and thrown back onto their own imperial territory, the Russian Army is a tottering mess; the Italians have it worst, for their commander is both heartless and unimaginative. Having failed separately, these uneasy partners now clasp hands and try again together.

Also in Paris, where Parliament has closely involved itself in the nation’s conduct of the war, the Senate Army Committee votes unanimously to insist that their military leadership make “unrestricted” use of poison gas. Although France was the first combatant to use chemical weapons by firing tear gas munitions on German positions, and even though Germany and Britain have both resorted to deploying clouds of chlorine, mass production and deployment have been held back in France for fear of affecting civilians now living behind German lines. This, too, is a signal that the Western Front will see magnified butchery in 1916. 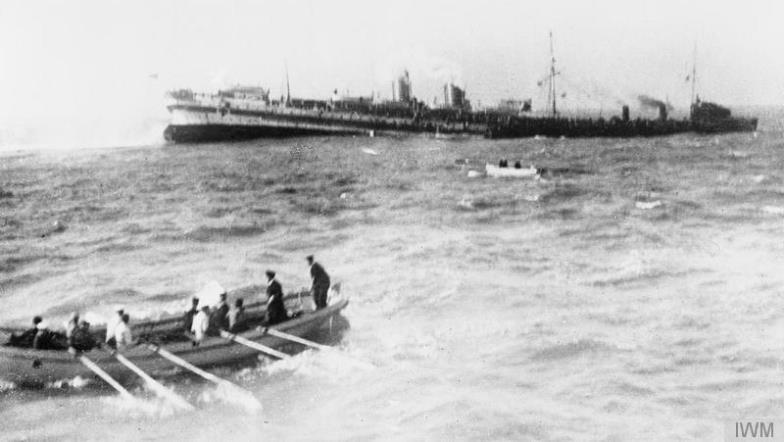 Of course, all of the British casualties evacuated from present and future battlefields must be taken home across the English Channel, which is itself a war zone every bit as active as the trenches. Though still few in number, the Kaiser’s submarines have made an outsize impact on their enemy in response to the British-led blockade of German merchant shipping. Their daring and success has come at a diplomatic cost, however, for his government has been forced to apologize for the actions of some of his captains, such as the sinking of the Lusitania.

Steaming into Dover today with 366 wounded passengers on board, the HMHS Anglia is a converted civilian ferry wearing a coat of white paint and a prominent red cross. But these are no protection against some u-boat captains, and they are certainly no deterrence to an unthinking contact detonator. Just three weeks ago, the Anglia carried King George V home after he was thrown by a horse; shortly after noon today, she strikes a German mine and sinks in just fifteen minutes. She has escorts, and the Channel is filled with traffic in broad daylight, so ships respond to their distress immediately. But it is not enough, and 164 people — including 129 ‘cot cases’ who are unable to walk or swim — drown within sight of shore. 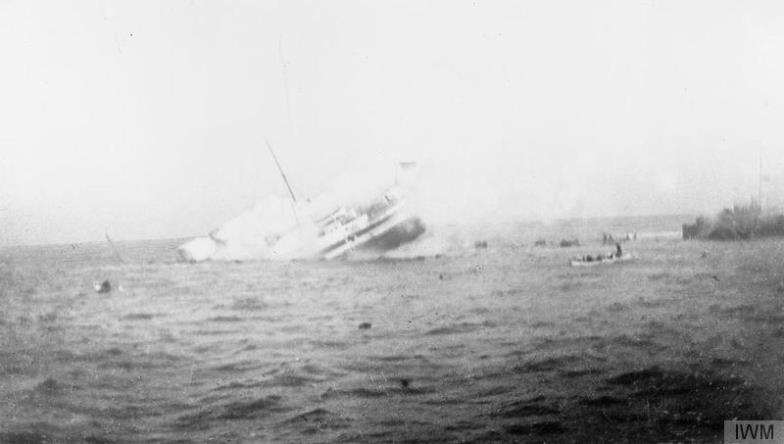 The Anglia in her final moment. Note the steam from the cold seawater hitting the still-hot engine room boilers

Because of her list, only one lifeboat can be launched. In the wards below decks that fill quickly with water, there is only darkness and horror. Under Anglia‘s stern raised in the air, and along her bow deck rails already awash, courageous boatmen take on as many men and nurses and orderlies as can escape the sinking deathtrap. The disaster is still unfinished, however, for just as the collier Lusitania — an ironic namesake — prepares to take her boats back in, she also strikes a mine laid in the UC-5‘s barrage, and her crew are forced to abandon ship.

As the 1,862-ton, 362-foot long ship settles on the muddy Channel bottom, it is 1 PM, and the afternoon papers are already printed. The War Committee and the French Senate are just returning from lunch, still unaware of what has just transpired. And truth be told, they are too busy to care as much as they used to. Whereas the sinking of HMHS Anglia will elicit perfunctory denunciations and propaganda, ‘outrage fatigue’ has set in; it is a big, terrible war, after all, and waging it requires so much work. 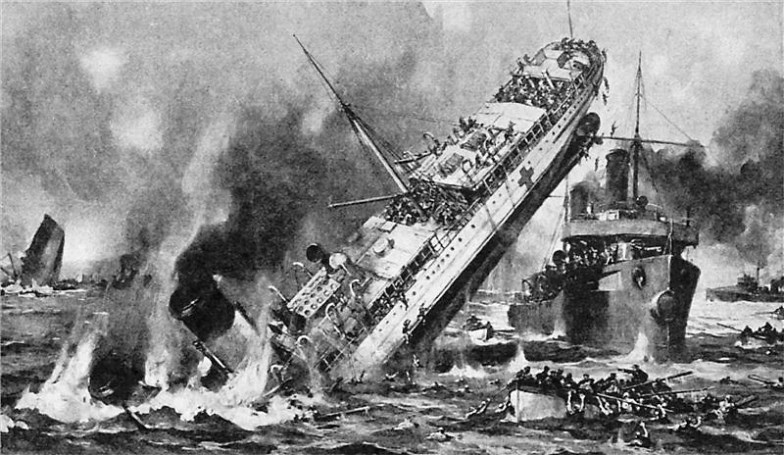 An artist’s rendering of the Anglia sinking. Note the overly-dramatic angle; the Lusitania is sinking in the background