Today, Britain’s II Corps fights its way through the French city of Béthune. They are attacking the German 6th Army, a formation commanded by Bavarian Crown Prince Rupprecht that occupied the city of Lille yesterday. Both armies are trying to outflank one another in the campaign somewhat misleadingly known as ‘the Race to the Sea:’ while II Corps is attacking, to the north of both armies the Belgians are retreating to their final defensive line.

The situation is fluid, but the outcome — stalemate — is not really in doubt anymore. From Switzerland to the English Channel, the Western Front is surging across the land in a continuous river of blood and destruction. The next few weeks are reckoned a British victory only because they do not lose; Rupprecht, whose objective is the Channel ports, eventually concedes the ground here to dig in on advantageous terrain.

Centered on the medieval textile city of Ypres, this region of Flanders will become the graveyard of the British Expeditionary Force. 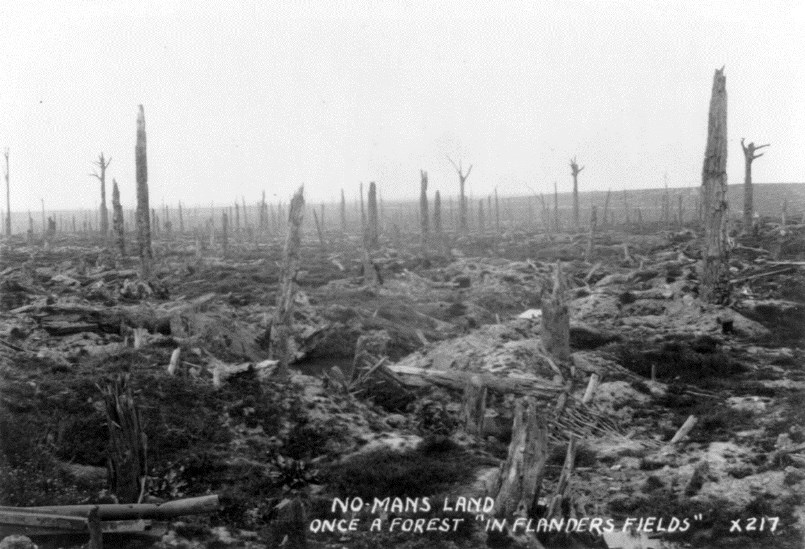 The II Corps fights just ten miles from the battlefield of Agincourt where King Henry V famously defeated the flower of French chivalry almost exactly 499 years ago. Henry fought on a front less than a half-mile wide, with his men deployed three or four ranks deep across it; today’s fighting involves tens of thousands of men across a front of more than twelve miles. After weeks of fighting, the result is a large bulge (‘salient’) in the allied line that draws special attention from the German high command. This battlefield will see both sides make their first use of poison gas. It will also be the proving-ground for many of the mass-fire and attrition tactics that we associate with the Western Front.

Yet for all that murderous combat, the death rate in these weeks is lower than it has been in previous battles between Germany and Britain. Indeed, the bloodiest days of the war are already done; the whole point of digging trenches is to preserve life against modern weaponry. That is not always possible in Flanders, where both sides must deal with a low water table and relatively flat terrain that was already pockmarked with bogs long before the first shellhole. 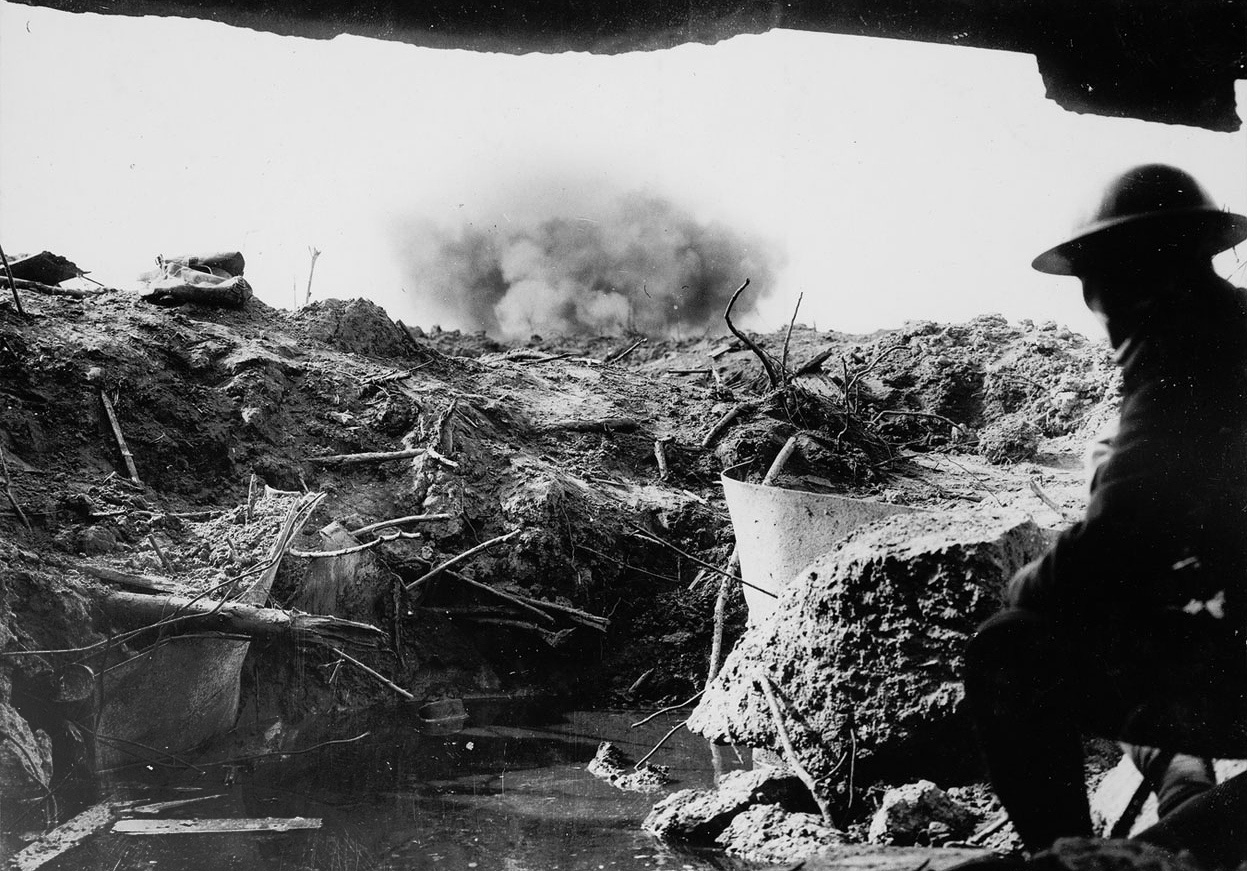 A photo from 1917 shows the low water table in Flanders. Trench foot was a price of survival in these shallow trenches

On the 14th of October, divisional commander Major General Hubert Hamilton is killed by shellfire while surveying his front lines. Contrary to the popular view of the Great War’s generals as safely-detached, rear-echelon creatures, this conflict is by far the deadliest in history to be a general. In fact, Britain will lose more general officers from 1914-1918 than all its previous wars combined, and death rates among senior officers are never higher.

Unlike the rest of the combatants in this war, Britain has also started out with a small, all-volunteer force. Thanks to tremendous recruiting drives, Lord Kitchener’s massive new army is already training dozens of new divisions that will be deployed here next year. Troops are already arriving  from all over the empire, including India. Yet these few divisions will fight for the duration of the war, and because of that they are statistically the deadliest units in which to serve at any rank. 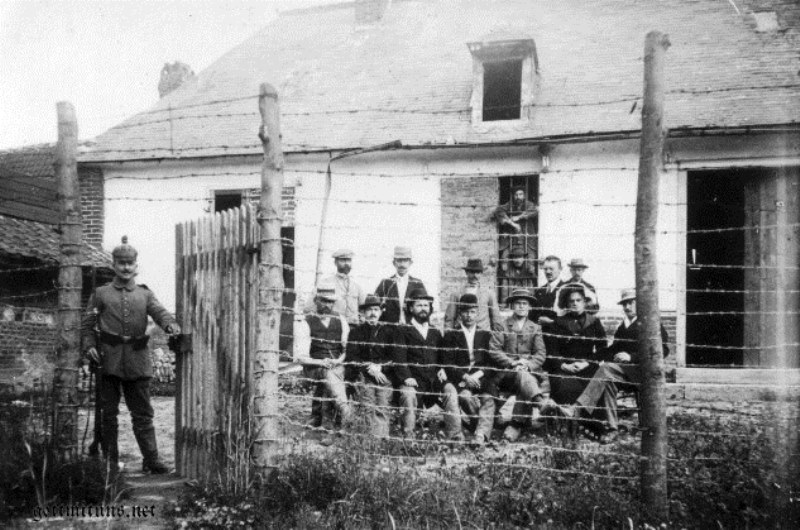 Belgium has already suffered terribly for being in the Kaiser’s way. As they occupy Ghent, Ostend, and other Belgian towns over the coming days, a German policy encouraging sectional differences between the Flemish and Walloonian peoples begins to stir resentments that still simmer within the small nation’s politics today. The Germans want to incorporate Belgium permanently into the German Empire, and these plans only become more important to them as the stalemate of trench warfare makes their occupation ever-more dependent on collaborators to support the war effort.

But as the initial wave of atrocities recedes in Belgium, it is getting worse in occupied France, where many civilians have either fled or been murdered by soldiers who react to every perceived act of resistance with brutality. Enforcing a policy of reprisal against guerrilla acts by Francs-tireurs (literally, ‘French terrorists’), these episodes always involve deliberate policy. In one of the most infamous moments of the war, in October Rupprecht orders every woman left in the occupied industrial center of Lille to endure a medical examination to protect his soldiers from the scourge of venereal disease.

These episodes feed allied propaganda throughout the war with lurid tales of rapine and humiliation, but upon liberation the people of this region will be divided again over who helped or resisted the Germans most — and who has benefited from their exploitation during these four years of hell. 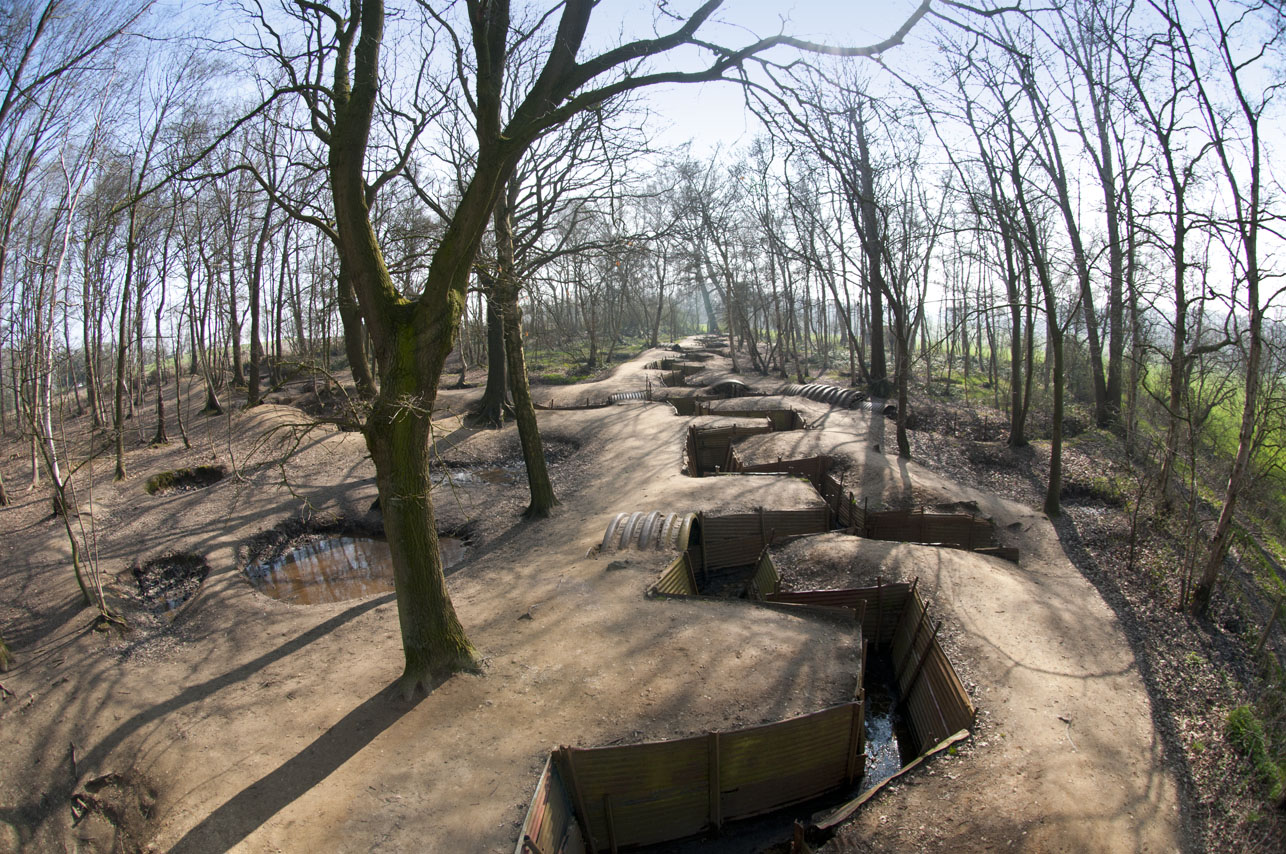 Via. Sanctuary Wood near Ypres, one of a few well-preserved Great War battlefields. Note the wet trench floor