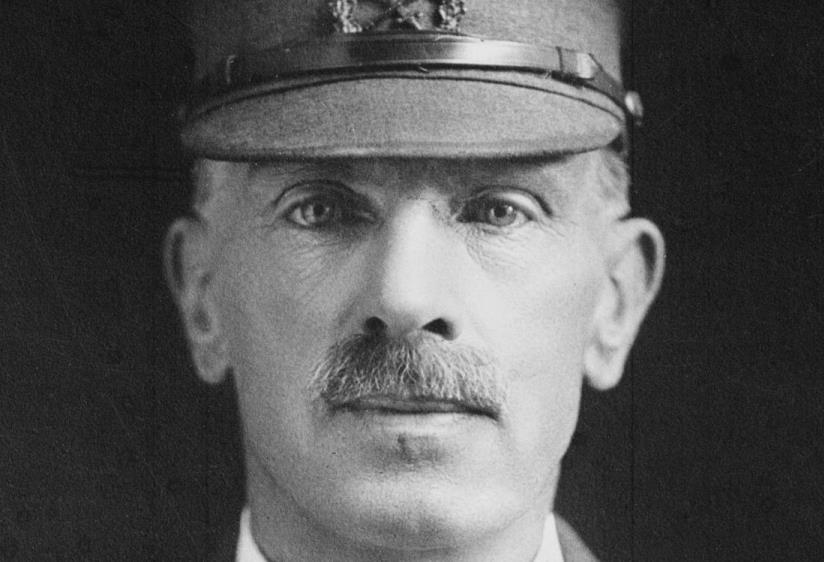 Contrary to lingering popular misconceptions that have emerged from our horror at the sheer scale by which its battles take place, the Great War is extremely dangerous for generals. Seen above, Major General Sir William Throsby Bridges is laid to rest today at St. Paul’s Cathedral in Melbourne, Australia. The state funeral takes place fourteen weeks after his death from a sniper’s bullet received during one of his daily visits to the front lines of Anzac Cove.

Evacuated to a hospital ship, Throsby died three days later of infection and blood loss from the injury to his femoral artery — a clear example of the preventable wound deaths with which all the powers at war are struggling to cope, and which affect high and low alike. His corpse is the only Australian soldier’s body to be returned home from the fiasco now unwinding at Gallipoli. 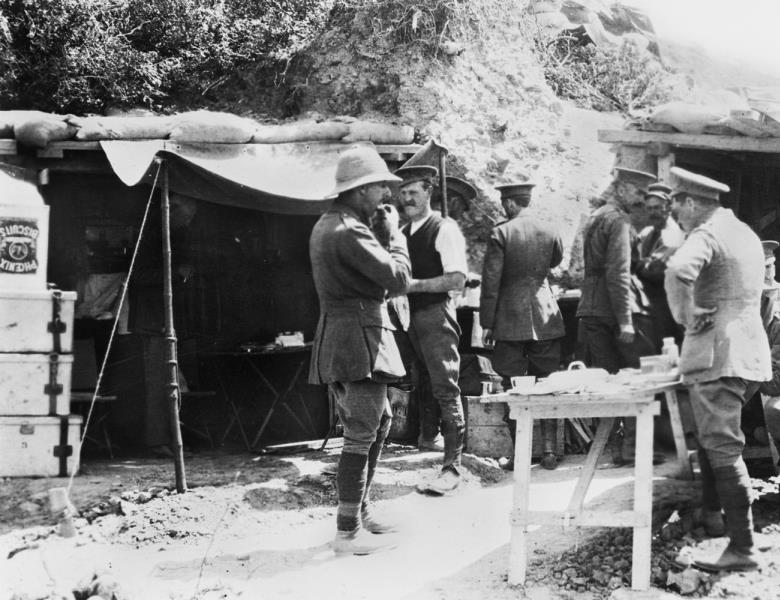 Anzac Cove: Throsby stands at left inside his dugout. To command armies, generals actually do need a large staff

Born to a Scottish naval family that emigrated to Canada and then Australia, Throsby enjoyed a highly successful career in the British Army before being promoted to general and tapped by Lord Kitchener himself for the job of commanding the empire’s first military academy ‘down under.’ Returning to the land where he was commissioned as a volunteer during the 1885 war in Sudan, Throsby was preparing to graduate his first class when he was appointed Inspector General less than three months before the Great War began. Answering London’s call to the colors, the Australian government asked Throsby to raise and lead their 20,000-man contribution, the Australian Imperial Force.

After training up his force in Egypt, Throsby led them onto the narrow beaches along the Dardanelles shore, and quickly became one of the most prominent voices calling for the expeditionary force to be withdrawn. Obeying his contrary orders to the last, he died before seeing his 1st Australian Division bled uselessly in the disastrous battles of August. 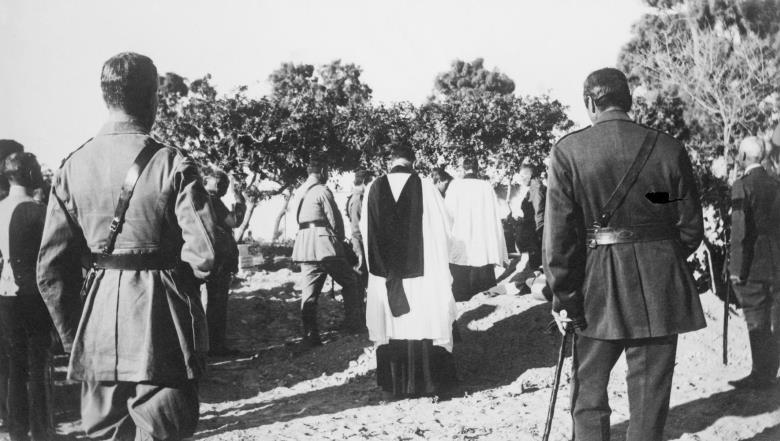 Throsby’s burial on the grounds of Duntroon Military Academy. This photo and the one above are via the National Anzac Centre

Throsby’s death underscores the deep impact of the cataclysm at Gallipoli on the young Australian nation — and on the whole world. As it becomes clear that Sir Ian Hamilton’s last grasps for victory have fallen far short, and that the British Empire is stretched too thin already to commit the forces necessary to break the deadlock, a chorus of voices has begun to echo his private call to withdraw the allied force from Turkey. Whereas ultimate victory lends a gilded frame to other episodes of ‘wastage’ during the war, Gallipoli will become a universal shorthand for military overreach and blundering, informing some of the most earnest anti-war messages of the 20th Century.