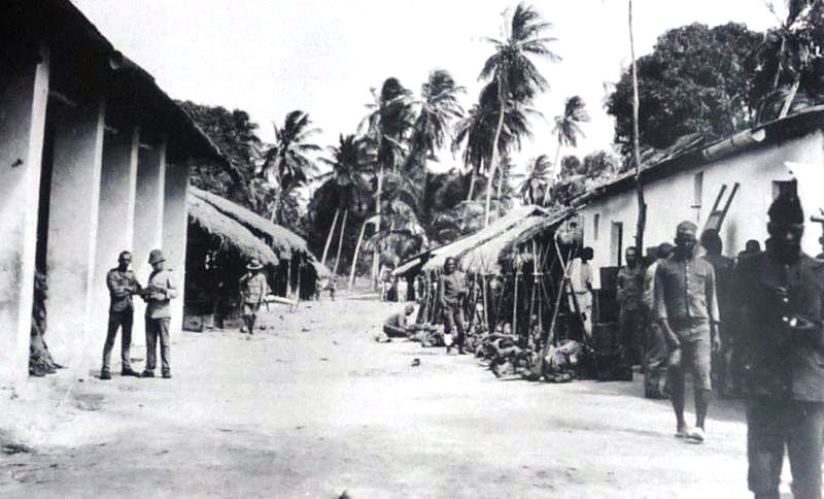 Above: the Portuguese post at Kionga in modern-day Mozambique.

Since the 16th Century, Portugal’s main interest in the African continent was the lucrative slave trade. With the passing of the 19th Century and the final end of the slave industry, however, Portugal’s empire has entered a long decline. In fact, Britain and Germany have discussed a joint conquest and division of Portugal’s creaking African dominions for three years prior to the outbreak of the Great War. But now that Europe is ablaze, the Germans pursue their own plans — and Portugal is hardly ignorant of the Kaiser’s intentions, for there is a Boer-German colony stirring native resentments against Lisbon’s rule in southern Angola.

Today, a platoon of Schutztruppen (colonial police) crossing from German Southwest Africa (Namibia) attacks a fortified outpost at Cuangar in Portuguese West Africa (Angola) along the Okavango River. It is not the first incursion into Portuguese African territory this month, but it is the most violent, resulting in the deaths of eight uniformed defenders and one civilian. The garrison soon withdraws, and from his new base Captain Lehmann is able to attack or threaten three other border garrisons on the Okavango.

He will only withdraw when he runs low on ammunition after seven weeks of fighting. By then, reinforcements are arriving from Lisbon. 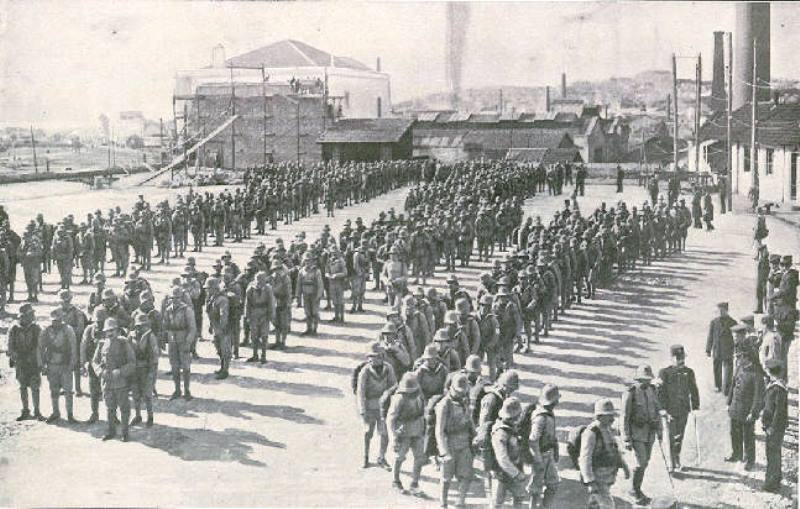 Portugal will dispatch more than ten thousand additional soldiers and Marines to its African colonies before the year’s end; the first reinforcements have already been in-country since the 1st of October. But German offensives here have only been made possible by the delay in South African Premiere Louis Botha’s plans to invade Namibia due to a series of short-lived uprisings, so operations against the Kaiser resume by February, curtailing German plans for Angola as further Portuguese reinforcements arrive.

On the other hand, the campaign in East Africa will continue to the end of the war, with Portugal defending its colonial territory there at the cost of seven men lost to disease for every one killed in combat. Conditions are miserable in the trenches on the Rovuma River: whereas some men on the Western Front will shoot themselves in the foot to escape combat, to be sent home from this theater of war only requires a man to await his turn to get sick with tropical fever. 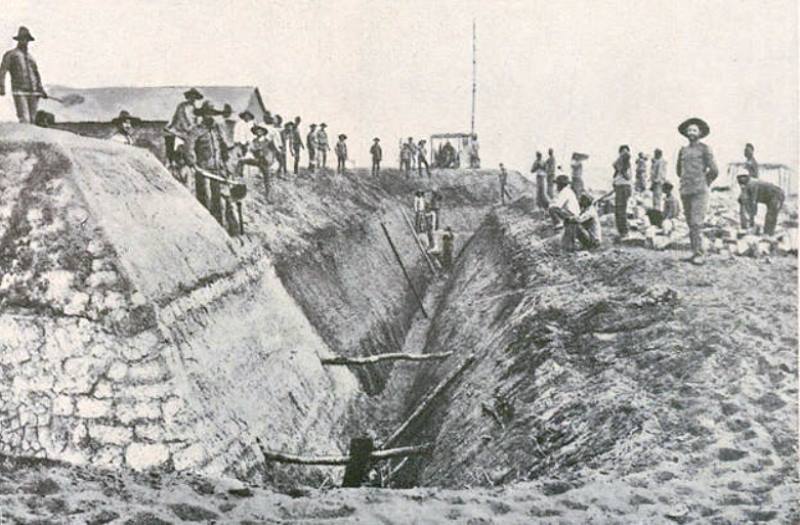 The defenses of Fort Cuangar under construction. The outpost was small and hardly shell or machine gun-proof

The fighting today is reported immediately in newspapers around the world, but Portugal and Germany do not officially declare war until 1916. What most delays this step is the lack of a modern army — or the industrial base necessary to wage a total war of massed artillery fire — in Portugal. With just 33,000 men under arms, the British Foreign Office is skeptical that their undeclared ally can make a significant contribution to the conflict. Indeed, these few thousand reinforcements sent to Africa are the sum total of Portuguese mobilization this year.

Turning on a dime the day after war became official in London, Britain started giving Portugal overt military and financial assistance. Recalling their traditional military alliance with England dating to the 14th Century, President de Arriaga even declared his support for the allied cause two days later. Yet German ships remain safely interned at the officially-neutral port of Lisbon for nineteen months, and dozens of Portuguese vessels have already been sunk by unrestricted U-boat warfare, before Portugal finally enters the war in legal fact as well as ‘facts on the ground.’

When she does, 50,000 Portuguese men will eventually serve in the Corpo Expedicionário Português (Portuguese Expeditionary Corps, or CEP) on the Western Front. Fighting bravely for a decrepit empire that refuses to give up on its African prestige, more than seven thousand of them will die in battle. 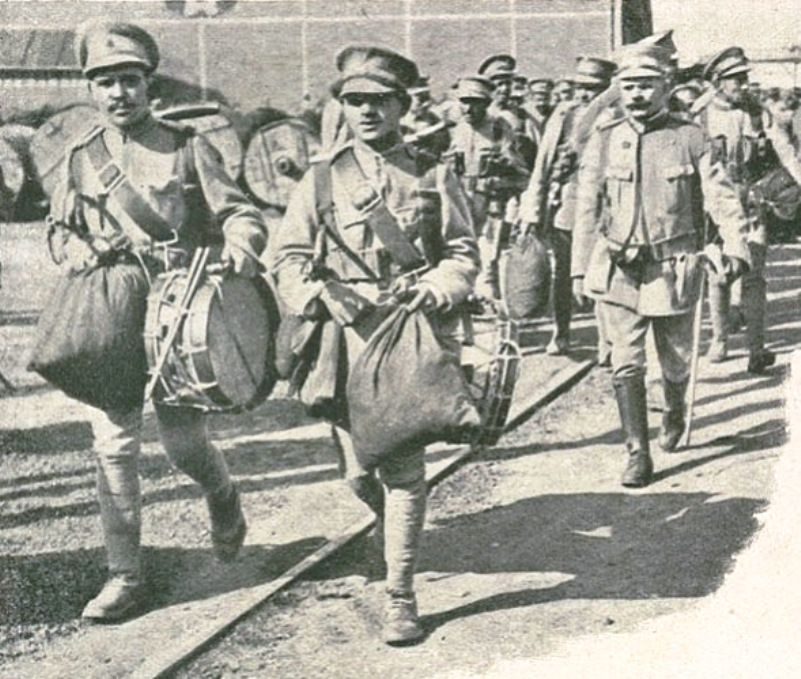 The Portuguese 14th Infantry Regiment departs for the Western Front in 1916. The officer at right is António Rodrigues Marque, taken prisoner at Naulila in December 1914 and freed with South Africa’s conquest of Namibia