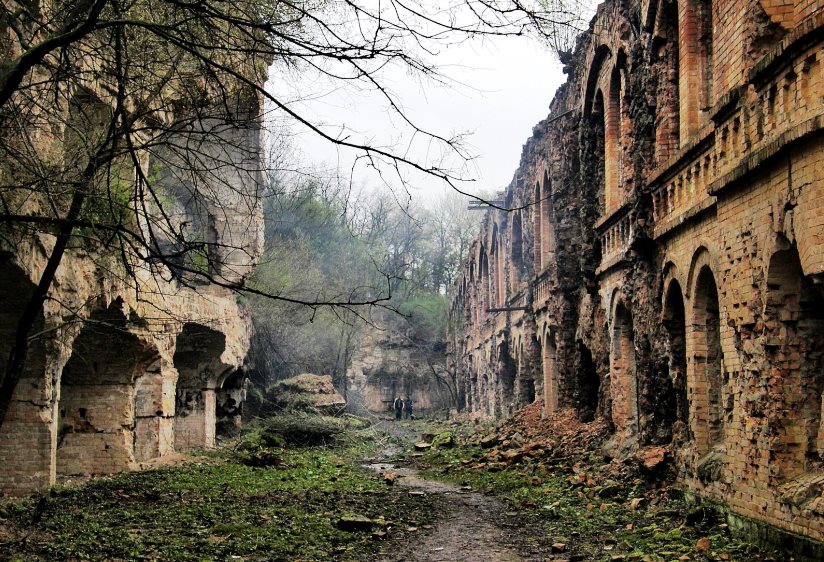 The Russian Army achieves another imaginary victory against German forces today near Lutsk, a city known to the Poles and Germans as Łuck. Lying on the Upper Styr River in what is now Ukraine, the urban center is defended by a series of fortifications (see above) that are quite inadequate against modern artillery fire. Claiming 7,000 prisoners, a brief spoiling attack near the city is actually not enough to stop the Central Powers’ offensive, for troops of the 4th Army under Archduke Joseph Ferdinand arrive in the abandoned city itself, quickly establishing their presence as an occupying power. South of Ferdinand’s formation, Second Army, Seventh Army, and Südarmee are running up against the swampy and pestilential terrain of the Pripet Marshes, inhibiting their forward progress.

The Austro-German logistical train is already operating at maximum capacity, and the German General Staff has begun shifting forces to the Western Front, for they never intended to fight all the way to Petrograd. Rather, by collapsing the Polish salient, they have shortened the Eastern Front into a straighter line that is far easier to defend, but at the cost of burning twice as much fuel to supply the same soldiers. Despite the train of victories since May in a mighty offensive that has shattered the invincibly-large Russian Army, the plan was always designed within strategic limits which are now kicking in.

The Archduke took command of 4th Army in the dark days after the debacle at Rawa Russka, during Austria’s early defeats in Galicia, and led it through the even-darker Winter battles in the Carpathian Mountains. Victories have been easier since the Gorlice-Tarnów offensive began; he personally conquered Lublin, and more recently presided over the fall of the Russian fortresses at Brest-Litovsk three days ago. But meeting stiff resistance on the River Styr this week, he withdraws to a new line which will remain stable for the next six months.

There, his soldiers set about building and maintaining defensible Winter quarters. It is largely through his demanding auspices that the 4th Army develops better sanitary conditions than their enemies across no man’s land, conserving his manpower against the steady wastage of trench life. Yet Joseph Ferdinand is still an aristocrat. His outstanding sideburns are matched by an ignorance of life outside the House of Tuscany’s bubble of nobility. Promoted next February to Generaloberst, the equivalent of four-star rank in most Western Armies, he will also command the 4th Army’s defense of this sector during the great Russian offensive of 1916. 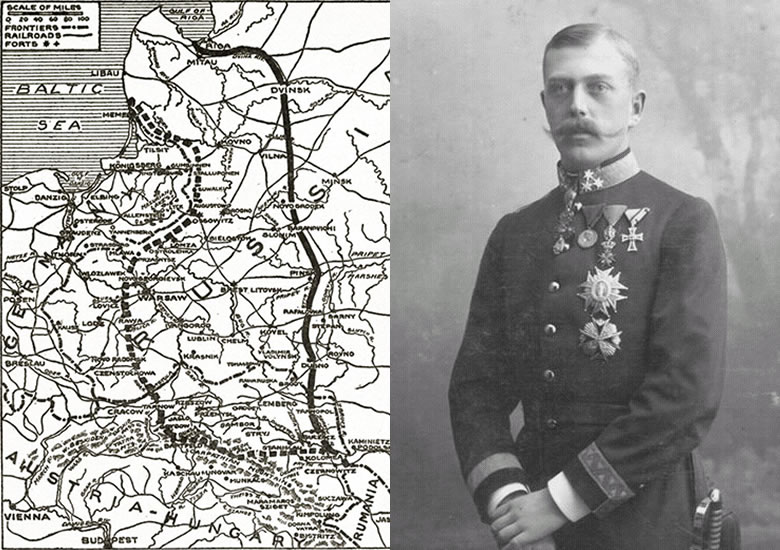 Left: the altered Eastern Front front since May. Right: a much younger, less-bearded Archduke Joseph Ferdinand in 1895

But the clean lines of a strategist’s map do not show the turmoil, dislocation, and social disruptions of the war. Nearly four and  half million Ukrainians, mostly from the eastern regions, will serve in the Russian Army during the course of the conflict; about a quarter-million will fight for the Central Powers. The fratricide marks deep disagreements among Ukrainians themselves, for there are competing national dreams. Less-populous Western Ukraine is mostly an Austro-Hungarian territory, and whereas the Hapsburgs have encouraged Ukrainian nationalism for decades in a bid to undermine Russian control of the region, they have also interned twenty thousand Russophile Ukrainians in an open-air concentration camp since the beginning of the war.

Austro-German occupation of Lutsk/Łuck does not resolve these tensions. Rather, both sides will make punitive reprisals against Ukrainian civilian populations they deem disloyal. Ukraine will host a million refugees before the war ends, straining food systems and creating resentment in a breadbasket country. Russia will also keep more than 600,000 Austrian and German prisoners of war in Ukraine, recruiting dissident national and ethnic groups from the Austro-Hungarian army to turncoat and fight for the Tsar; tens of thousands of dissident Ukrainians will be deported east.

A virtual cauldron of competing interests and wartime turmoil, Ukraine is nevertheless ready to unfold an independent national identity. The blue and yellow flag first flies over the city of Lutsk following the February Revolution in 1917, when the Russian regime is collapsing and her armies are in full flight. The first Ukrainian socio-political society emerges just two months later, forming the vanguard of a diverse independence movement that demands autonomy from Petrograd and Moscow. Socialists, anarchists, and radicals of every stripe will divide over the issues of autonomy, and much of the revolutionary violence will take place within the benighted fledgling state.

German policy also galvanizes the issue and propels Ukraine towards independence. The strategic and technological limitations which prevent the Kaiser’s armies from marching all the way to the Ural Mountains also engender a German policy of breaking-up Russian dominions in Eastern Europe, Finland, and the Baltics, creating independent states that can be brought into the German economic and military spheres of influence. Even after the Central Powers are defeated, the forces they unleash will carry on for years yet, producing yet another spin-off conflict that belies the sacred peace of statesmen and forms the shape of a second, even more awful, war.

The Great War is going to be a long, sad, struggle, and that is as true here as anywhere, but the violence will outlast the formal conflict which began it. Indeed, our bloody 20th Century is just getting started, and Ukrainian history will largely be defined by the slaughter. 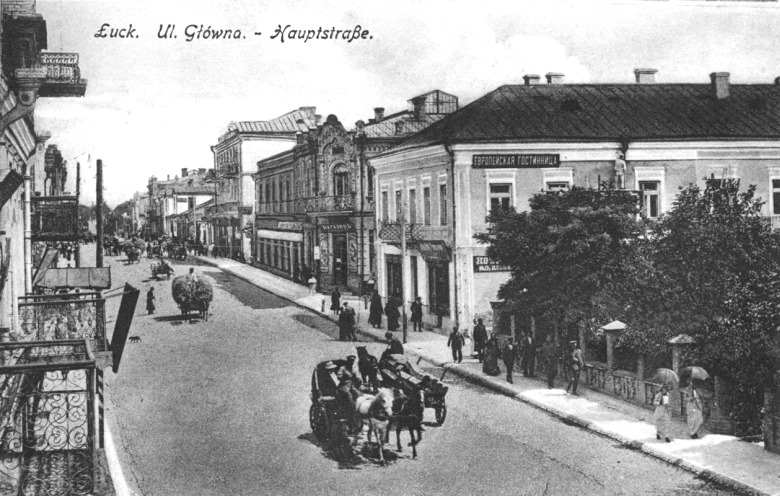 A view of Lutsk in 1916. Note the poles on the left indicating telephone and electricity lines — signs of modernity