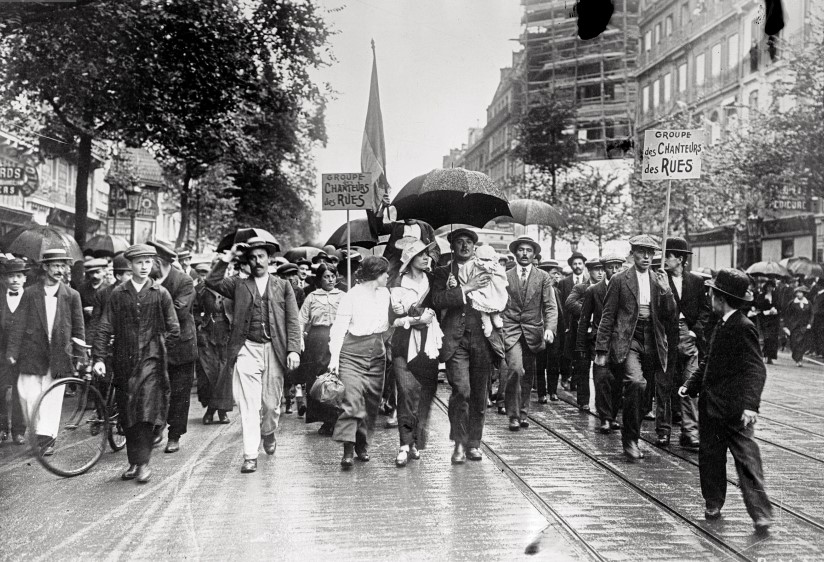 “In the coming war,” declared Prime Minister René Viviani when the Great War broke out more than a year ago, “France will be heroically defended by all her sons, whose sacred union will not break in the face of the enemy.” Since that moment, the phrase L’union sacrée has become a commonplace reference to the public face of French national unity during wartime, a shorthand for the way socialists and trade unionists and liberals and conservatives set aside political differences when the world is watching. Even at the lowest point of the war, when Germans seemed almost at the gates of Paris, French diplomacy with her allies has mirrored this domestic unity of purpose. While strategic integration has been slowed by distrust, language barriers, and contradictory priorities, the alliance itself enjoys absolute supremacy in all four capitals.

Yet within France itself, a year of war is quietly creating fractures in the government. With little progress gained in twelve bloody, expensive months, there are Socialists in Parliament who want to hold secret hearings on the true state of affairs — munitions manufacturing shortfalls, combat losses in hopeless operations — and determine whether the Army needs closer supervision from civilian leadership. Viviani has been maneuvering against these efforts for weeks now, passing a watered-down version of the parliamentary control bill one month ago and delivering a major speech today in the Chamber of Deputies. Praised by one observer as the finest oratory given in France, nay possibly the world, since the war began, Viviani’s beautiful and stirring prose is actually aimed at preserving his own power. 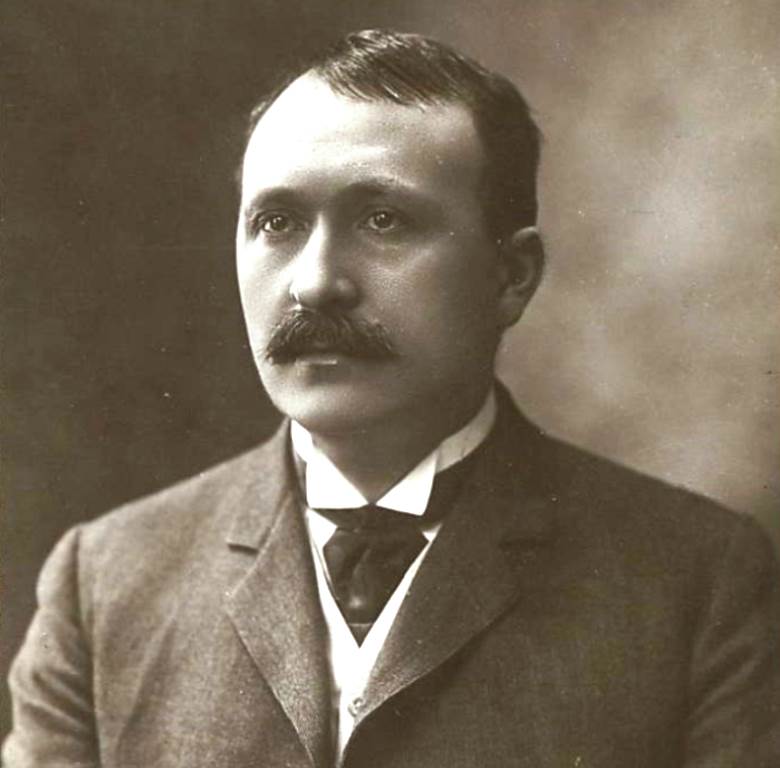 Jean Raphaël Adrien René Viviani. An Independent Socialist, he became premier when a radical chamber was elected in 1914

As reported by the American Christian Science Monitor, Viviani appeals directly to the Union sacrée when he speaks of “communities” as political, rather than geographic, entities within French society.

There would be a divergence of a more serious nature if any community in France, however small, should desire to conclude a premature peace. He knew of no Frenchmen who were not agreed upon the object in view and ready to renew their vow to struggle until they had insured the triumph of right.

“There will not be division among us until Belgium is restored and Alsace and Lorraine conquered,” Viviani says. Dismissing the proximate cause of the day’s crisis — a mere extension of war credits — and reassuring the Deputies that his government has not withheld any information, he puts his opponents on the spot by asking for a vote of confidence, which he wins 539-1.

His enemies are simply too weak yet to openly oppose him, but France’s political fissures have merely been papered-over. Socialist leader Jean Jaurès was assassinated in a Paris café just days before the war began, leaving the French left without a unifying figure to speak against the ‘bourgeois conflict’ and draw off Socialist support for the Union sacrée. Suspicious of the left’s penchant for social and industrial reorganization, the center and right are in fact uniting against the left. Still smarting from the 1905 law which separated churches from state, political Catholics animate the new coalition as the war darkens even further, leaving the nation even more elitist and conservative than it was before the war.

Nor has Viviani saved himself for very long. In another month, his foreign policy failures in Bulgaria will become all too clear, ending his tenure in office. Three more Prime Ministers will serve France during the war, one for every year of conflict left in it, and all of them will likewise appeal to L’union sacrée while in office — even as they quietly reinforce the new version of the old hierarchy. 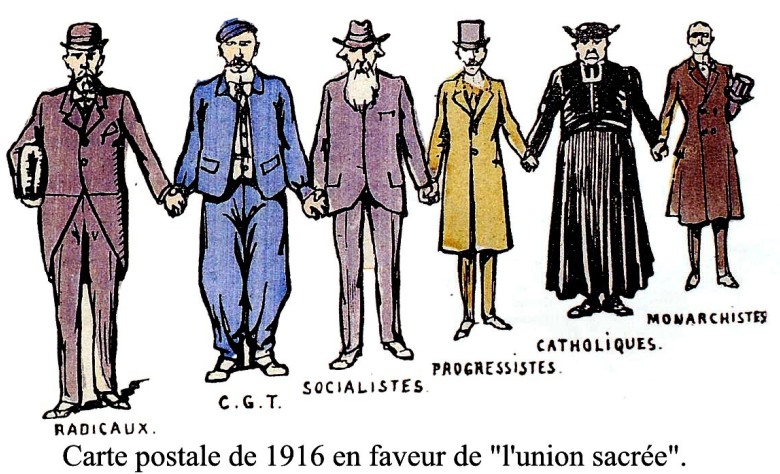