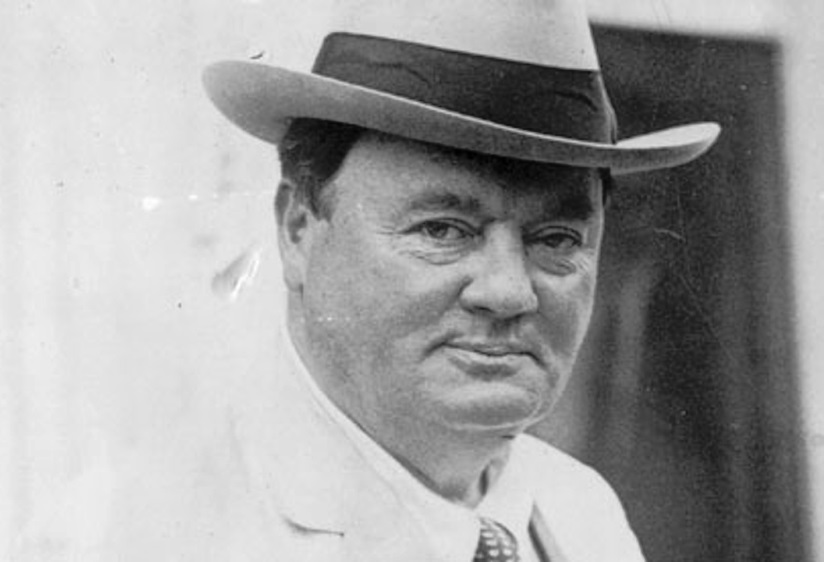 Today, the Morning Post publishes a manifesto signed by “distinguished men of all parties” calling for national conscription — a “complete and organized effort to carry on the war” in which every able-bodied men is required to undertake “national service.” The document is a brainchild of news publisher Alfred Harmsworth, later known as Lord Northcliffe (see above), a master of public opinion who has already affected the British government’s war policy by stirring a scandal over the War Office’s sluggish efforts to increase shell production.

The timing of the manifesto’s publication is no accident, for a nationwide census and ‘registration drive‘ took place just yesterday, paving the way for later conscription. But the manifesto is also an end-run around the nation’s largest pro-conscription organization, the National Service League, which has agitated more than any other group for Britain to imitate its European peers by mandating military service, but which is quickly being made irrelevant by the shifting political winds of actual wartime. Harmsworth understands how his country works, and he knows that the League will never become a mass movement, much less reconcile Parliament to the necessity of a military draft. 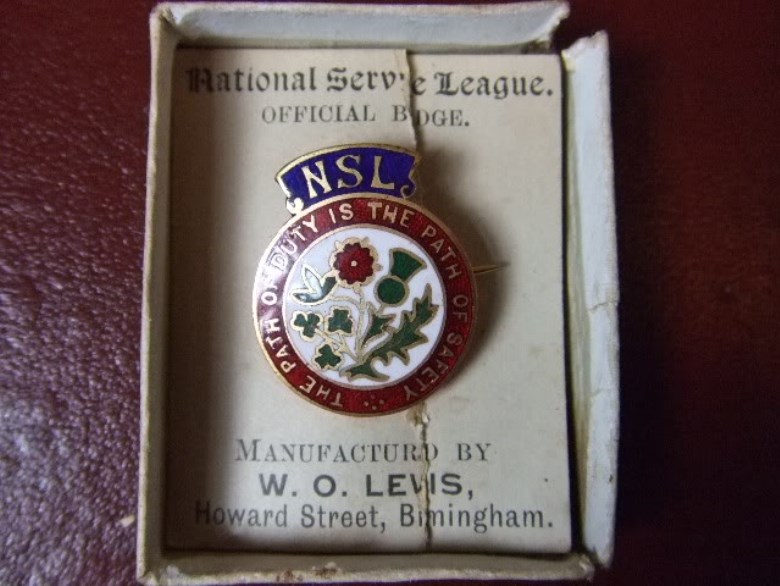 A League badge. Despite boasting more than a quarter-million members in 1914, it had failed to win working class participation

Twelve years old when the Great War began, the League was created in the heady days after the Second Boer War, a conflict which saw the Empire embarrassed by the need to drain its entire land force away to South Africa in order to defeat a guerrilla army less than one-fourth its own size. As a series of short stories such as The Battle of Dorking, novels like The Invasion of 1910, and plays like An Englishman’s Home popularized the theme of German invasion of Britain, a loose, mostly-Conservative, yet surprisingly-diverse political confederacy accreted around the issue of national defense and preparedness in the form of the League.

Among the organization’s formative personalities in 1902 was Leopold Maxse, the publisher of the National Review whose strident anti-German propaganda is already morphing into the anti-Semitism that will ironically ‘inform’ German fascists a decade later. Standing to the right of even most Conservatives and militants in the League, Maxse may seem a strange bedfellow for Fabian socialist Beatrice Webb, who coined the term ‘collective bargaining,’ but the League’s call for British men to undergo the physical toughening of conscripted service has plenty of appeal for progressive social reformers as well. Indeed, this mental linkage between the health of the nation’s people, and its military power abroad, has proven a lasting theme of the ‘big government‘ era and the liberal tradition.

However, the working class — especially the Labour Party — has never accepted conscription, and opposes it even now, especially as it comes dressed-up in the blaming of ‘shirkers‘ for material production shortages. The most outspoken advocates of the League have repelled potential support by denouncing Liberal social programs for supposedly weakening the British laborer’s will to work hard.

Until his death last November, the League’s greatest booster has been Field Marshall Lord Frederick Roberts, a national military hero who dedicated his retirement to military reform and stood at the forefront of efforts to enlarge the Army before 1914. Taking the reins of the organization in July, former colonial administrator Lord Alfred Milner senses the challenge from Harmsworth’s manifesto better than anyone. Because the League has backed away from agitating for conscription due its unpopularity with the general public, Milner still fears the group will pay a price and be ignored by the Asquith government, but worries the League will be rendered irrelevant if it fails to seize the opportunity Harmsworth offers. On August 20th, the League publishes its own manifesto, later reprinted in a longer format as Occasional Notes.

But whereas Milner’s manifesto leaves out the usual Conservative-right complaints about the working class, in its longer form there is a definite partisan political slant against the Liberal Party, which Milner takes to task for the cotton contraband issue and the relative tardiness of the Munitions Act. It is an unwise move, for even with his support in the Army, within the political parties, and among the patriotic advocates of ‘National Efficiency,’ Milner lacks the clout to press conscription on an unwilling Prime Minister, to say nothing of a British public that remains highly skeptical of the idea even in spite of the war.

When Prime Minister Asquith finally does beg leave of the House of Commons to present his bill for conscription next February, he takes pains to separate his proposal from Milner’s, declaring the legislation “can be sincerely supported by those who, either on principle, or, as my case, on grounds of expediency, are opposed to what is commonly called conscription” — including himself, of course. Having already lost most of its membership by then, the League soon dissolves into irrelevance. 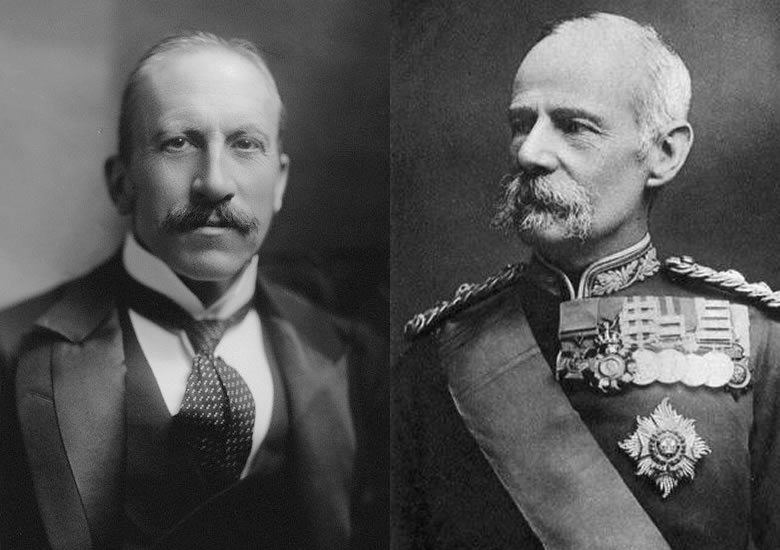