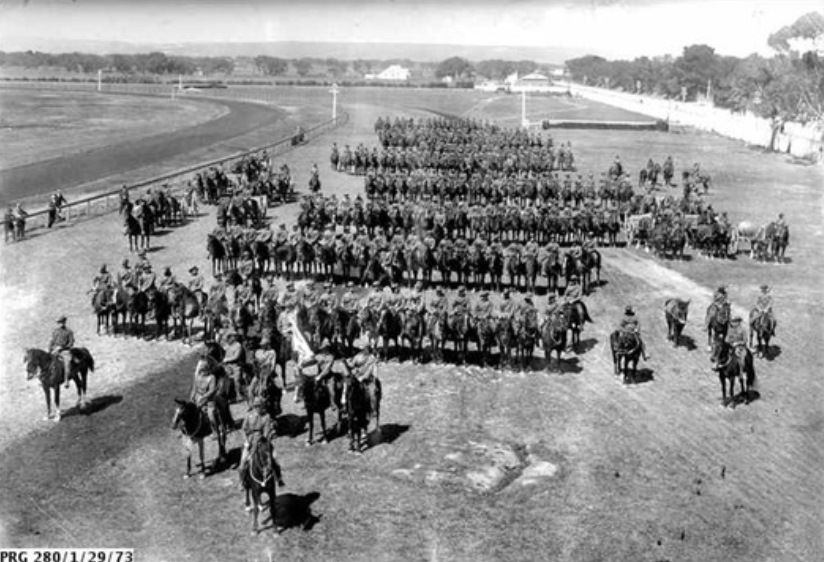 The last time that Britain and France cooperated during the Crimean War of 1853-1856, it was to take the Ottomans’ side in their century-long dispute with Russia over control of the Black Sea and the Dardanelles Strait. During that conflict, social reformer Florence Nightingale became so outraged by the wretched conditions of military hospitals that she invented modern nursing. But the most infamous moment of the conflict was immortalized by Alfred Lord Tennyson in his poem The Charge of the Light Brigade, a heroic reimagining of the disaster which ensued when a misbegotten and miscarried order resulted in a cavalry unit charging directly into the teeth of the Russian artillery at Balaclava.

Nearly six decades later, France and Britain are fighting in the opposite direction, hoping to euthanize the ‘sick man of Europe’ and divide his assets with Russia, linking east and west in a logistical embrace which can strangle the Central Powers. It is not to be, however, and in their collective failure the wastage of life and resources now makes the sacrifice of the Light Brigade back then seem petty by comparison. Indeed, today the Australian 3rd Light Horse Brigade (see the above photo of a troop in review) will accept mindbogglingly excessive losses for no gain, incurring so much misery and horror that Florence Nightingale and all her nurses would not be enough to stanch the bleeding.

Taking place dismounted, today’s foot charge is perhaps less famous than the one which inspired Tennyson, but it is all the more revealing of the new, colossal scale at which military mistakes are made in 1915. It is also an example of the declining material and moral power of the horsemen who have dominated land combat for the last 4,000 years now that trenches, machine guns, and barbed wire have rendered the mounted assault obsolete. Since the average cavalry brigade amounts to just two understrength infantry battalions when stripped of their horses, while said animals consume ten times as much food as a man, the pride of the equestrian class is being subordinated to the needs of the nations that are engaged in a material war of attrition defined by statistics.

Still valuable as ever for pulling field kitchens, ambulances, guns, and supply wagons, horse flesh is increasingly accounted-for as a numerical strategic advantage, like factories or motorcars or airplanes, while the dismounted soldiers become little more than extra cannon-fodder. Yet all the major powers will continue keeping large cavalry units on hand in hopes of a breakthrough maneuver that never comes. And in some theaters such as the open deserts of Palestine, where low troop density makes it impossible to replicate the Western Front, cavalrymen will still find a way to make an important impact on the war. But that is not today’s story.

Made in support of landing operations at Suvla Bay, today’s attack is supposed to begin immediately after the preparatory naval and shore artillery bombardment ends at 4:30 AM. But the artillery and cavalry officers overseeing the assault have not synchronized their watches, and so the curtain of fire lifts a full seven minutes before the charge — long enough to let the Turkish defenders exit their deep bunkers and resume their defensive posture. When the first wave ‘hops the bags’ late due to poor communication, they are immediately cut down by a wall of machine gun and rifle fire. Two minutes later, the same fate meets the second wave.

But because a few of the troops manage to cross no man’s land carrying colored flags to signal their presence in the enemy trenches, confusion leads to the third wave and part of the fourth being sent out of their trenches. Incredibly, they have bayonets fixed and no ammunition in their rifles. The commander of the 3rd Light Horse Brigade, the inexperienced Brigadier General Frederic Godfrey Hughes, is out of contact during the latter two waves and so is unable to cancel them in time. The experience leaves him badly shaken; he will be evacuated in September as a victim of typhus, never holding another combat command.

Known as the Battle of the Nek for the landform from which it is launched, the assault is a total fiasco. By just 4:45 AM, the fight is over, the ridgeline is covered with dead and dying Australians, and 372 of the six hundred attacking soldiers of the 3rd Light Horse Brigade have been killed or wounded in fifteen minutes. In comparison, Turkish sources say a mere eight defenders have been killed. Originally planned to coincide with an attack by New Zealanders against the opposite side of a Turkish defensive position, an attack which has been delayed by a day, the entire disastrous and mishandled operation has been nothing more than a diversionary attack all along. Intended only as a distraction for Turkish reserves while the main effort fell on Chunuk Bair, the bloody debacle fails to achieve even that objective, while the intended main assault never materializes because so many units have gotten lost marching in the dark.

There will be two more days of bloody, error-filled madness before this battle peters out into yet another stalemate, effectively handing the Ottomans a badly-needed victory to keep their national hopes alive.