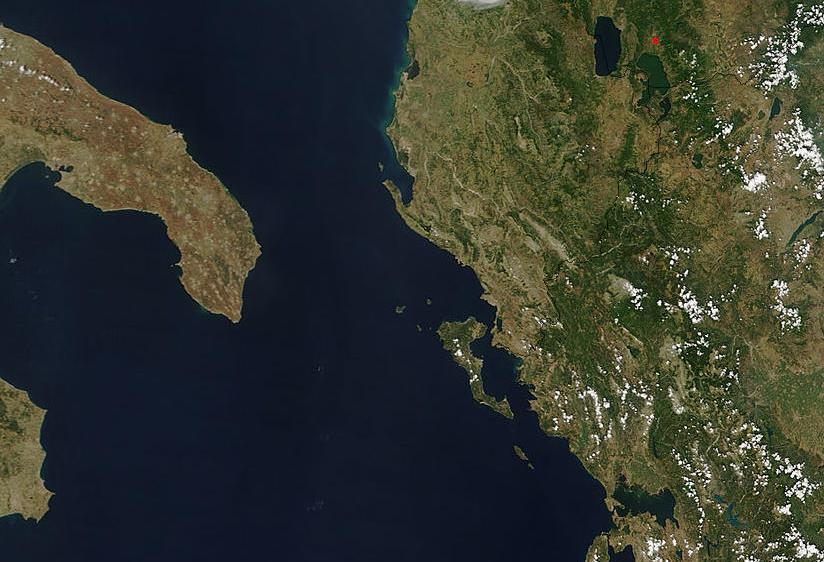 Between the heel of Italy’s ‘boot’ and the shores of Albania, where the Ionian Sea mixes with the Adriatic, lies one of the ancient world’s most important gateways for trade and war. Written into their secretive arrangements with their new allies, control of this bottleneck is a primary objective of the Italian government’s foreign and defense policies which brought them into the conflict in the first place. Underlining its importance to the Italian national project (Risorgimento), some of the most ardent proponents of Italian Empire would even occupy neighboring Greece to gain control of this strategic waterway. 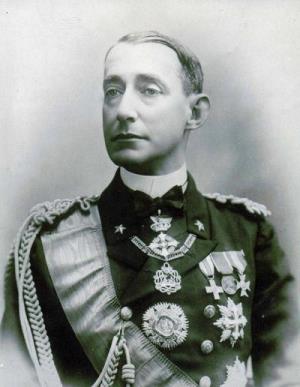 Luigi Amedeo di Savoia, Duke of the Abruzzi, was an adventurer and explorer before the war

Italian troops already occupy the Adriatic ports of Albania, and as recompense for attacking the southern flank of the Austro-Hungarian Empire, Italy expects to receive some portion of that nascent Balkan nation — along with practically all of the islands and ports along the eastern shore of the Adriatic Sea. France and Britain have their own reasons for operating in the Strait of Otranto as well, for both German and Austro-Hungarian submarines can reach out into the Mediterranean Sea, endangering allied operations everywhere, but especially at Gallipoli. Indeed, the tactical environment here is already imitating the sea battle that has developed around the Turkish straits since December.

Eight days ago, the armored cruiser Garibaldi was sunk by the Austrian submarine U-4; it was the second such loss in two weeks, with the British light cruiser Dublin sunk on the 9th. During June and August, Viceammiraglio Paolo Thaon di Revel, the Capo di stato maggiore (chief of the naval staff), will outline a conservative policy in a series of letters to the commander of the Italian fleet, Viceammiraglio Luigi Amedeo di Savoia, Duke of the Abruzzi and cousin to King Victor Emmanuel. Revel emphasizes low-risk operations at all levels, from battleships down to fragile motorcraft — a doctrine of ‘defensive sailing’ — in order to maintain naval strength. Heroism and bravado are discouraged. In fact, the asymmetric threat of small torpedo craft, mines, and submarines is deemed prohibitive by all the belligerent admiralties. Like the North Sea, where both sides have consistently delayed the longed-for decisive engagement of British and German capital ships in part because of these very threats, the Adriatic Sea has become unexpected host to a prolonged stalemate between capital fleets that remain safely tucked in their harbors at Pola and Taranto and Malta. Instead of slugging it out with their biggest guns, five navies deploy their aircraft, small boats, mines, and submarines, turning the Adriatic into a kind of no man’s land. And because Italy’s destroyers are old and fatigued from the war with Turkey, the Italian Navy finds themselves depending on their allies for support in this theater — a pattern that will continue throughout the war. 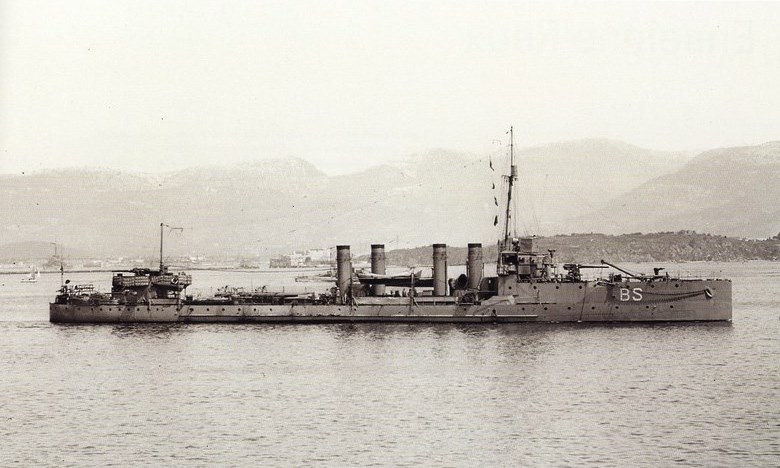 The French destroyer Bisson. Lightly armed, she is also nimble enough to dodge torpedoes and sweep for mines

Nevertheless, the Duke of the Abruzzi wants to seize the islands in the middle of the Otranto and lower Adriatic to serve as forward observing stations. The Austro-Hungarian Navy has developed such a large, well-ordered coastwatching system — complete with telephone and telegraph links — that allied submarines and surface patrols have consistently learned of enemy movements occurring shortly after their ships have been forced to leave the area to maintain and refuel. Noting the overall shortage of troops and arms already affecting the Italian military’s ability to wage war in both Europe and Africa, Thaon di Revel opposes such an operation, but the Duke is persuasive. Indeed, on at least three occasions at the beginning of this month he led the Adriatic sorties himself.

On June 11th, Lieutenant Henri Thomas Marie Le Sort commanded the French destroyer Bisson on a mission to cut an underwater telegraph cable off the island of Lagosta. During the mission, his visual reconnaissance discovered an Austrian submarine supply station and two airplanes parked on a dirt strip. Returning today accompanied by Italian torpedo boats, Le Sort systematically destroys the fueling stations and logistical infrastructure with cannon fire and landing parties, withdrawing with the loss of one sailor to enemy fire during the amphibious operation. Meanwhile, today Italian Marines land on Palagruža Island in the center of the Adriatic. Because it is a desolate location lacking any source of fresh water, they are unopposed, but an Austrian force attempts to land on the 28th. Despite successfully resisting them, the small Italian garrison is forced to abandon the island anyway on August 18th, the day after the flotilla of Austrian light cruisers and destroyers returns to destroy their water cistern.

Despite the public perceptions of unified action and success, however, the local French and British commands chafe at Thaon di Revel’s conservative approach and the incompetence of a certain Viceammiraglio Leone Viale. Despite the Duke’s popularity with allied officers in the Adriatic-Ionian theater, the Italian naval ministry is considered useless. In order to close the Strait of Otranto to the Austrian and German navies, the allies push to sweep aside these impedimenta with increasing urgency in the weeks ahead. Behind the scenes, the allied relationship is as rocky and dangerous as the Croatian shore. 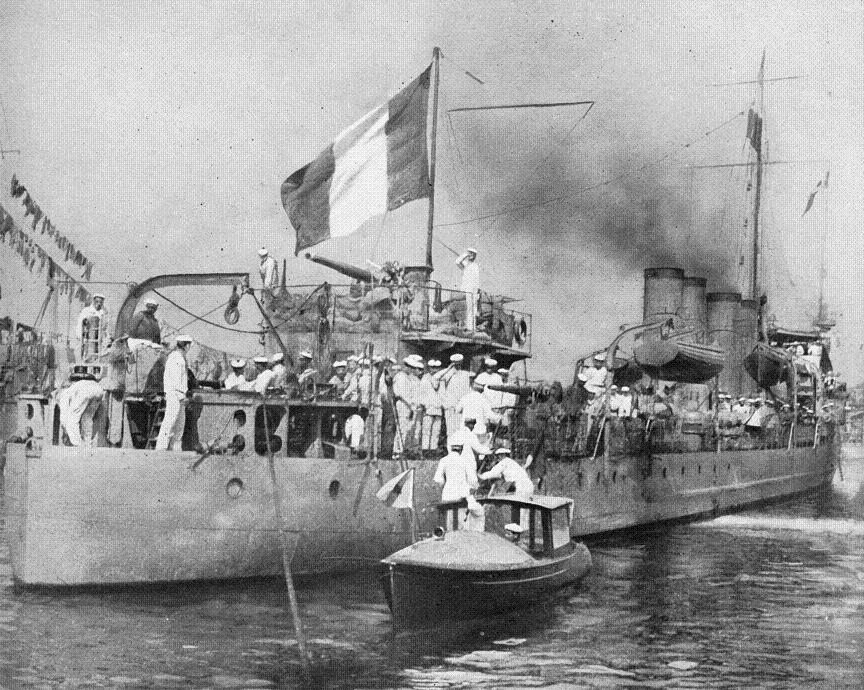 As the Bisson returns to the port of Brindisi on August 13th, an Italian admiral meets Le Sort to congratulate him for sinking the U-3