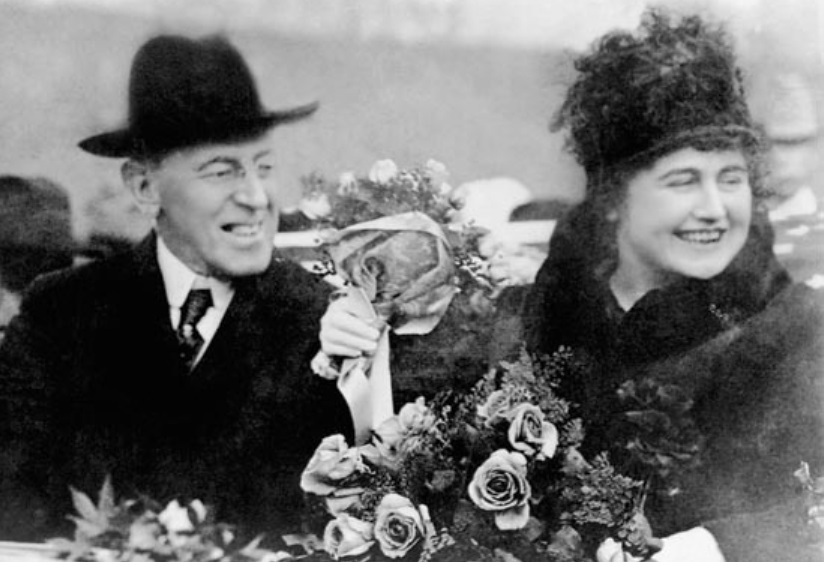 The White House has seen its share of weddings. In fact, two of President Woodrow Wilson’s daughters have taken vows in the Blue Room during his first term. But today Wilson marries Edith Bolling Galt in a small ceremony at her home in the District of Columbia, which has been equipped with a direct telephone line to the White House. The location is a message for her enemies in Wilson’s circle of advisers: his longtime political hand ‘Colonel’ Edward House; his Secretary of the Treasury William McAdoo, who married his daughter Eleanor in 1914; and Josephus Daniels, his Secretary of the Navy. Concerned for the president’s public image, they are the reason her romance and engagement have been treated like a state secret.

Victorian to the end, the president is nevertheless sexually active, and his desires have proven stronger than social propriety before. When his first wife Ellen Axon became distracted by the tragedy of mental illness in her family during 1906, Wilson took a trip to Bermuda, where he had a torrid dalliance with an American woman named Mary Peck, plying her with letters like a hopeless romantic and coming to regret his “folly and gross impertinence” after Ellen learned of the affair.

But she died almost the day that the Great War began, and though he was stricken by grief the president’s eye soon fell on Edith. Tall, buxom, she is a childless 43 year-old widow unused to so much attention. The 59 year-old Woodrow has wooed her with daily calls over their secure line, ardor-filled notes, and flowers. Riding together in her electric car almost every day, their furtive make-out sessions were noted by the president’s protective detail, who conveyed the news to McAdoo. Overseen by his Treasury Department, in 1915 the Secret Service is the nation’s key counterintelligence agency, and so Edith’s enemies have indeed been the most powerful in the land. 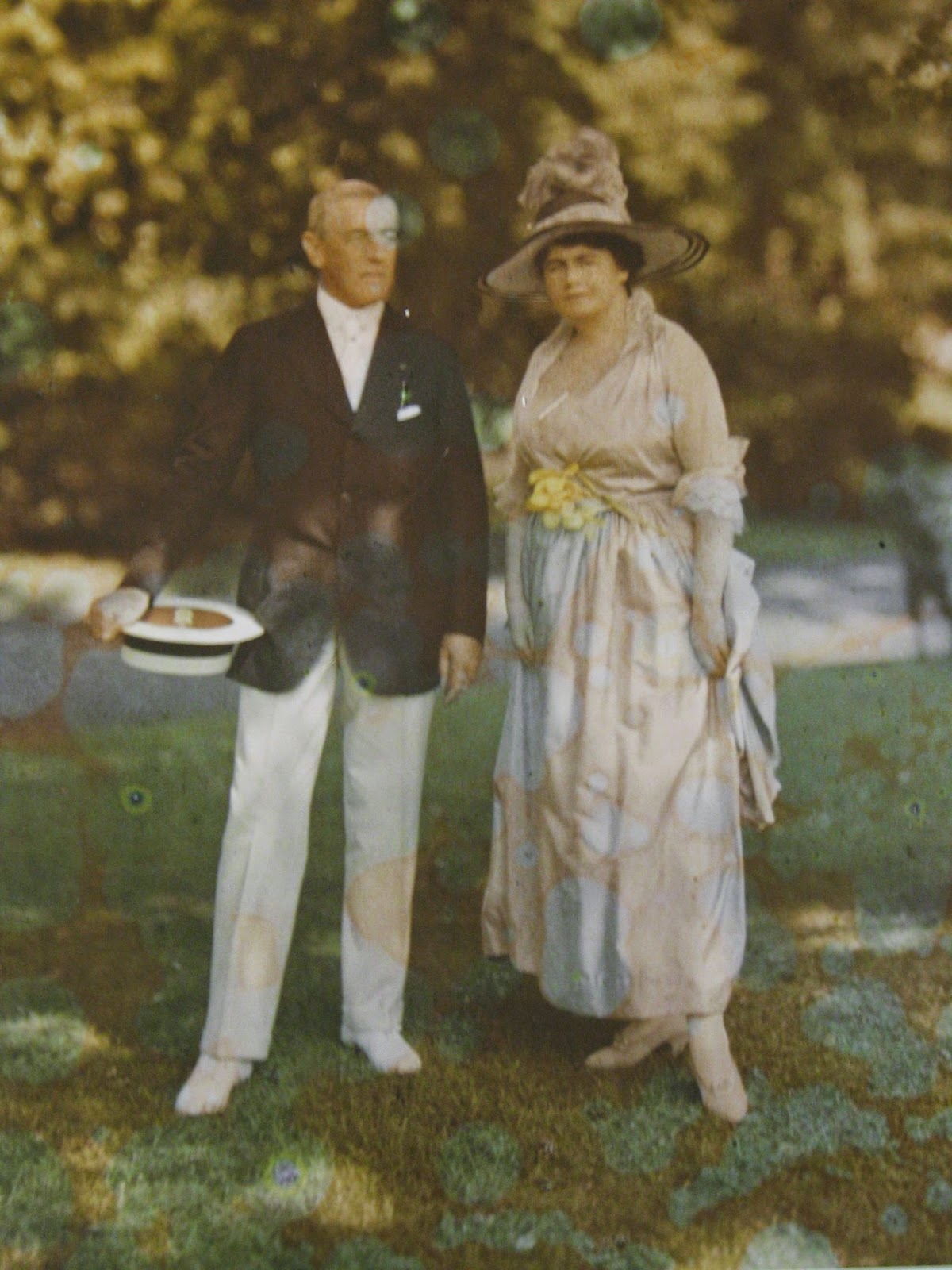 A color photograph of Woodrow and Edith Wilson in 1916. Click to embiggen

Though the press was blessedly respectful of presidential privacy, rumors have been impossible to stop — and the jokes write themselves. What did Mrs. Galt do when the President of the United States proposed to her? She fell out of bed. At one point, the Washington Post accidentally noted that “the President has been entering Edith Bolling Galt regularly” instead of entertaining her, producing fresh titillation all over town. Disturbed by scurrilous discussions of Woodrow’s past behavior, McAdoo tried to reign in his besotted father-in-law by telling him that Republicans had obtained his letters to Peck. But the maneuver backfired when Wilson tearfully confessed the old affair with Peck, as well as his financial support of her son, to Edith; their emotional connections only deepened.

Along with House and Daniels, McAdoo still lobbied Woodrow to postpone his nuptials until after reelection next year. But the lovers refused, and there has been no public backlash. If anything, the American people seemed to approve of the president’s stylish new girlfriend when she was finally introduced to them, and now the general sentiment is happiness for the new First Family. As the happy couple leaves Washington to honeymoon at a Georgia hot springs, the American people want their president to make love, not war. 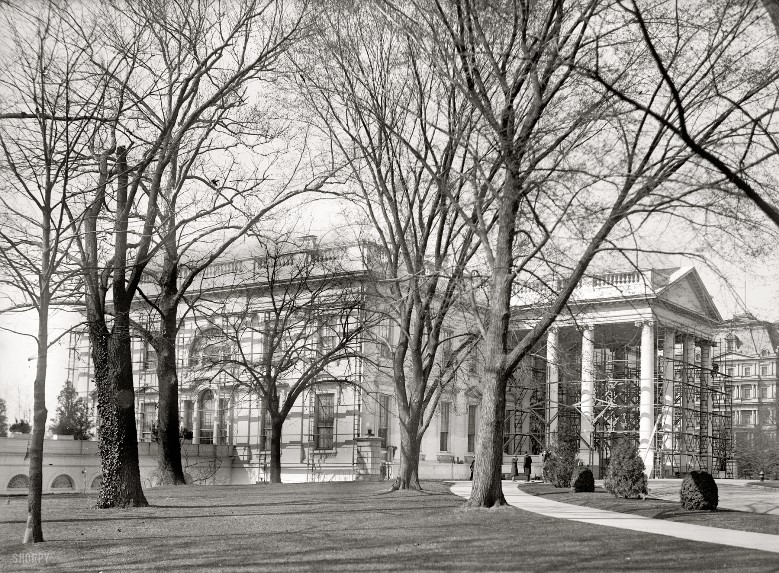 The White House was undergoing repairs during 1915; note the scaffolding on the North Portico