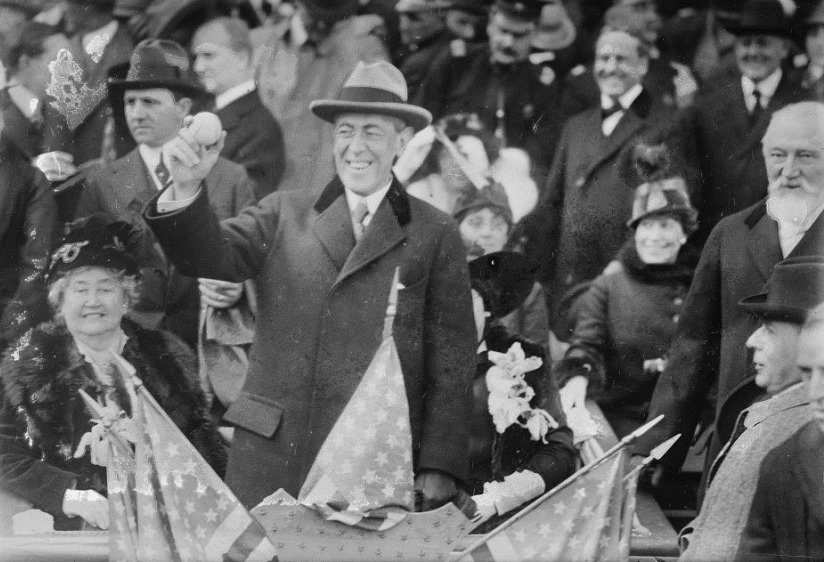 On the fourth day of operations against Serbia, an Austro-German force is in possession of Belgrade today, marking the beginning of the lowest ebb for the Serbian kingdom; over the next two months, a stunning 68% of the Serbian Army will be killed, wounded, or captured. A British offensive at Loos is delayed by German counterattacks today, reflecting the strategic paralysis of trench warfare on the Western Front.

But rather than lead his country into that global conflagration, today President Woodrow is far away from the battlefields of Europe attending the Baker Bowl in Philadelphia, which is also known as National League Park. The first stadium to use concrete and steel or to feature an upper deck, the home field of the Phillies baseball team is hosting the second game of the 1915 World Series today. Becoming the first president to attend a professional baseball game, Wilson throws out the starting pitch from the stands (see above) before a crowd of 20,000, beginning a modern tradition that parallels the nation’s rise as a global power in the 20th Century. Already an advocate of patriotic idealism, Wilson’s toss marks the exact moment when baseball becomes the great American game that defines the nation’s unique — some say exceptional — place in the world. 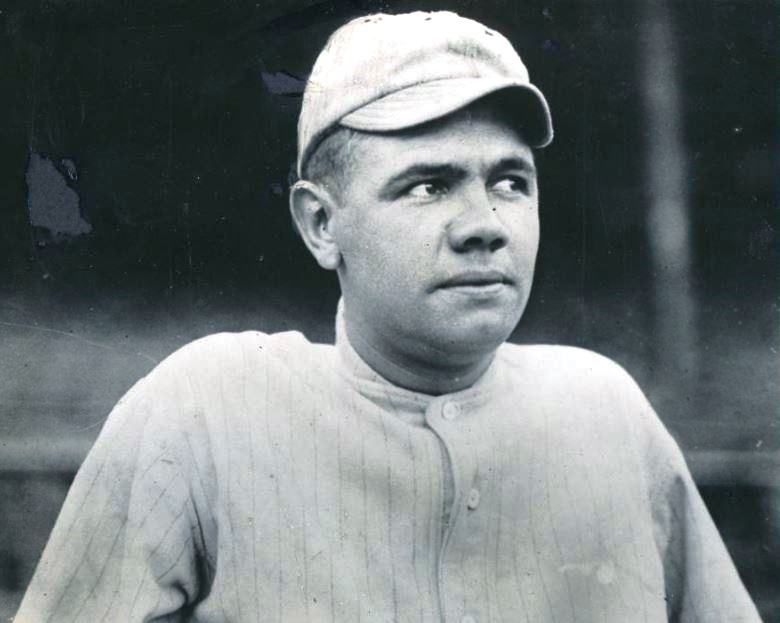 Babe Ruth in 1915. The best-known baseball player in the world, he will inaugurate the era of power hitting with the Yankees

It is the ‘dead-ball’ era, a period which began more than a decade ago when foul balls were no longer counted as strikes. Games feature low scores; despite the relatively small parks, home runs are fairly rare, and strategies emphasize speed and base-stealing over hitting. Both the American and National leagues have already switched to cork-centered balls in an effort to raise the scoring, but pitchers have regained the upper hand by scuffing balls and using spit to make them ‘dance,’ throwing hitters off-balance, and these tactics will remain legal into the 1920s. Yet perhaps the most notable difference between then and now is the brevity of today’s game. A century later, we are used to watching games that last nearly five hours; Wilson is able to see all nine innings in just two hours and five minutes, a pace which seems impossible in our time.

Although the man who will eventually do the most to help end the dead ball era is present for today’s game, Babe Ruth does not take the field for the Boston Red Sox. Despite his superior performances as a pitcher and slugger — for he is the only member of his team to hit more than two home runs this year — the team is so strong on the mound, and at the plate, that he will only pinch hit once in Game 5. Claiming exactly one more win on the season than Ruth, Rube Foster takes the mound instead, holding the Phillies to just three hits in a 2-1 victory. The win evens the series at 1-1, but the Red Sox will dominate the next two games at Braves Field in Boston, winning the title in five games. 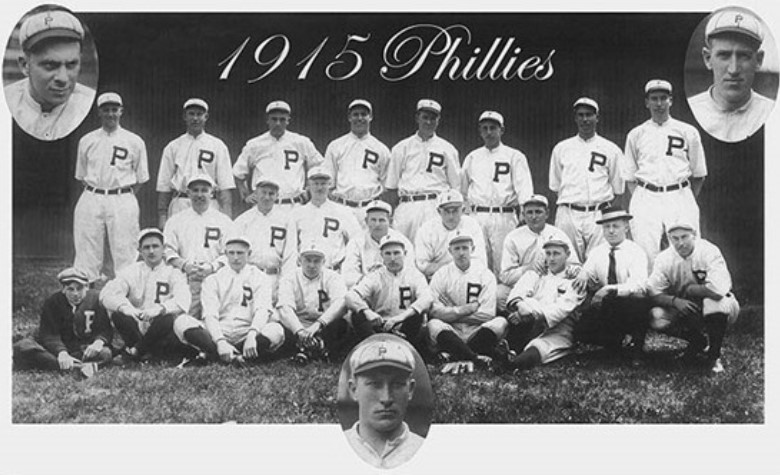 The Philadelphia Phillies have won 90 games in the 1915 season for a .562 winning percentage

It is still eighteen months before the United States enters the Great War, yet ‘America’s pastime’ is helping shape the society that will go to war, and often in surprising ways. For example, because most American boys play the game at some point, the US Army has no trouble finding men capable of throwing a grenade to a useful distance. Contrast this with the German Army, whose unique ‘potato masher’ grenade configuration makes up for the lack of throwing sports among their youth by lengthening the arc of the swing with a wooden handle to increase its range as a weapon. Sporting values will also be a constant presence in training, doctrine, command, and soldiers’ understanding of their wartime experiences, since so much of the American sporting vocabulary is easily adapted to the needs of the moment.

But the reverse effect will also take place when war threatens to shut down the great American game. Just as in Britain, where recruiting efforts have focused on enlisting athletes as role models, during 1918 baseball players will receive special attention from the US Army, which needs to mobilize the country for a war of production and attrition, admitting no excuses or exceptions to the rule. The British experience is already pointing in this direction, for there will be no 1915-1916 football season in the United Kingdom; despite holding a football final for the 1914-1915 season this April, the professional leagues have been suspended for the duration of the conflict. Indeed, the 1918 baseball season will be attenuated in September so that players can serve their country. 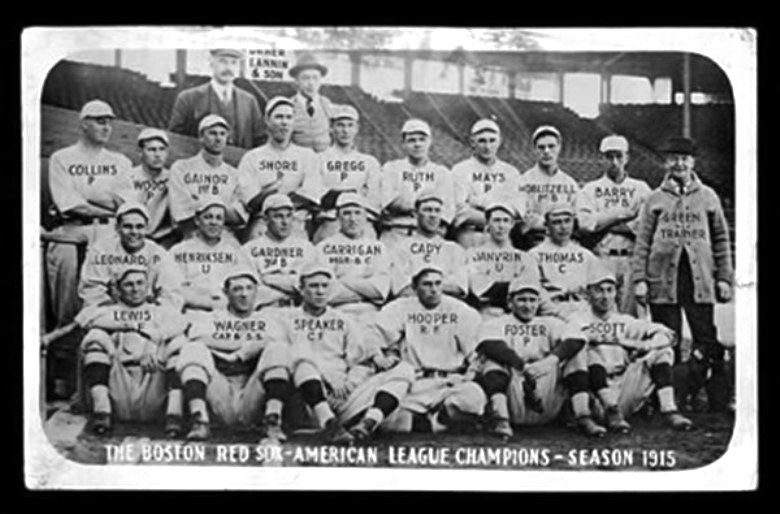