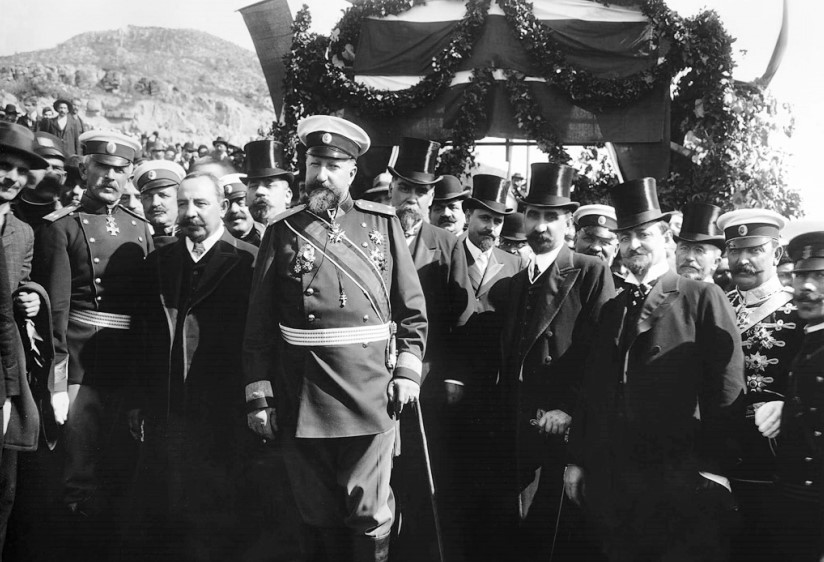 Above: Ferdinand I at the Bulgarian declaration of independence in 1908.

Flamboyant in dress, insisting somewhat absurdly on the title of Tsar, Ferdinand Maximilian Karl Leopold Maria of Saxe-Coburg and Gotha is rigidly aristocratic but also privately homosexual, often visiting the Italian isle of Corfu in the prewar years to indulge his decadent streak within a thriving gay scene. A father of four, he is the grandson of a French king, but his grandmother Queen Victoria disapproved of his accession to the throne of Bulgaria, telling her cousin Princess Clementine that “He is totally unfit…delicate, eccentric and effeminate…Should be stopped at once.”

Indeed, Ferdinand was barely a junior officer when offered the crown of Bulgaria, which sensible others had already declined for the Byzantine intrigues to which it was attached. Having overseen his country’s transition from an autonomous Ottoman principality to an independent state in 1908 with surprising success, Ferdinand began to go wrong just four years later when he rallied Serbia, Greece, and Montenegro to throw the Turks out of most of their remaining European possessions. Failing to agree on equitable division of the spoils, the Balkan League, the Ottomans, and Romania all turned on Bulgaria to inflict a humiliating defeat just one year later. He has been spoiling for a chance to right that wrong ever since.

Although Ferdinand has never favored his second cousin Wilhelm II of Germany — not since the lad smacked him on the rump playfully as a boy, offending his dignity — and he has referred to Emperor Franz Joseph as an “old dotard,” an alliance with Germany and Austria and Turkey would enable him to enlarge the Bulgarian state at the expense of its neighbors, so today his diplomats conclude a secret arrangement with the Central Powers on that basis. The terms include a £3,000,000 loan that is ostensibly part of the £20,000,000 in loans that Germany promised Bulgaria in 1914, before the war began. But even then, Wilhelm saw the negotiations as part of his influence-building campaign throughout central Europe, and of course now the terms are much more clearly aimed at bringing Bulgaria into his alliance.

Ever the stickler for pomp and ceremony — especially where fine fashion and frippery are concerned — tomorrow Ferdinand formally receives Prince Hohenlohe-Langenburg, the German ambassador at Constantinople. The very next day, Ferdinand’s government reaffirms their official policy of neutrality, but any fool can tell which way the winds are blowing in Sophia. 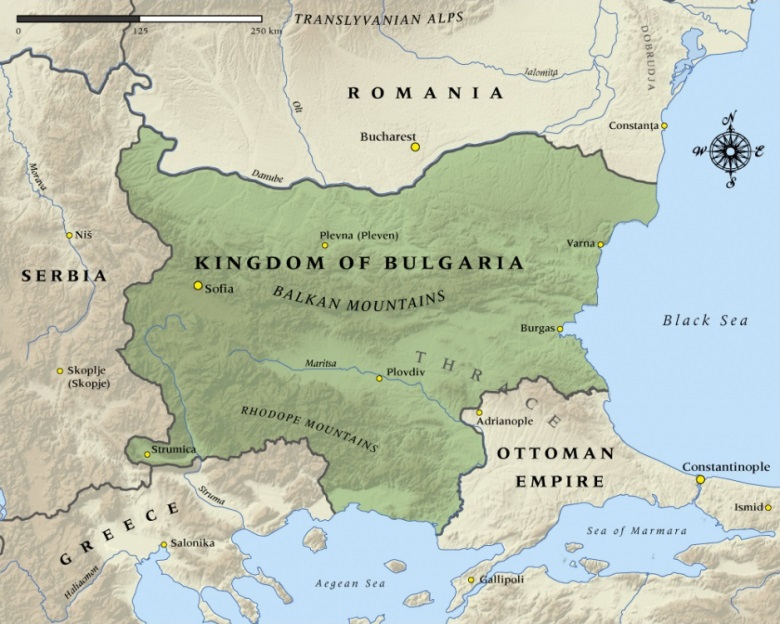 A map of Bulgaria in 1915. Ferdinand coveted border areas with Bulgar populations and expansion of his foothold on the Aegean

Between now and September, when Ferdinand’s Foreign Minister Vasil Radoslavov signs a treaty of alliance with the Central Powers, Bulgaria will engage in another series of dreary negotiations to specify the territorial gains, including Albania and Vardar Macedonia, that they expect with victory. The latter region has already been the scene of proxy fighting stirred up within Bulgaria, with Ferdinand leveraging the crisis to appear the magnanimous peacemaker. This laundry-list forms the second document signed in secret on September 6th; the third is a military arrangement in which Bulgaria agrees to specific responsibilities for the conquest of Serbia.

His army is still strong despite its losses, so it is easy to see how Ferdinand is arriving at his decisions. With France failing to break through on the Western Front, the British Empire flailing on the Gallipoli Peninsula, and the Russian Army in a state of material collapse, the allies have been unable to win concessions from Serbia or Greece which might satisfy him into joining the Quadruple Entente, or at least into staying neutral. Once again, the Great War is expanding as if by default. Already beset by bad harvests and a lost breadbasket in the Southern Dobrudja, Bulgaria may be well-positioned to decisively defeat the allies in the Balkans, but they are hardly ready to wage a long conflict in which production and other material factors loom larger than all the pride and honor of any number of divisions.