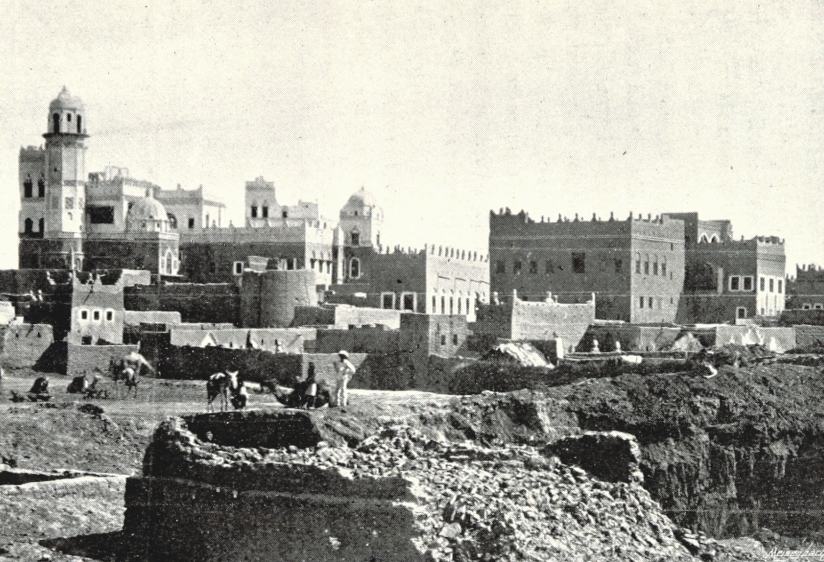 Above: the Sultan’s palace at Lahej.

The Sultan of Lahej dies today, eight days after being wounded during a Turkish attack on the city of Aden. This is not only a major blow to British policy in Yemen, but also a major embarrassment, for the Sultan has been killed by a British bullet that was sent to protect him — along with the only British colony anywhere in the Arabian Peninsula, which is known to its residents as Al-Jazeera.

Never unified, always restive, in 1915 Yemen is split between the Ottoman-controlled north and the British-controlled south. There has been a British presence in southern Arabia since 1839; it is an artifact of the ancient trade route from the Red Sea to Bombay, India. But London is understandably hard-pressed by manpower demands everywhere else — the Western Front, Africa, Mesopotamia, the Sinai, Gallipoli — and has been unable to supply Aden with a very strong garrison.

Seeing an opportunity to strike a blow against their enemy, on the 3rd of July six hundred Turks descended on the Sultanate of Lahej with four hundred Arab allies and eight field guns, greatly outnumbering and quickly scattering the Sultan’s mercenaries, leaving him with fewer than three hundred loyal men. Clearly, the British would have to fix this situation themselves and could not rely an a local ally. 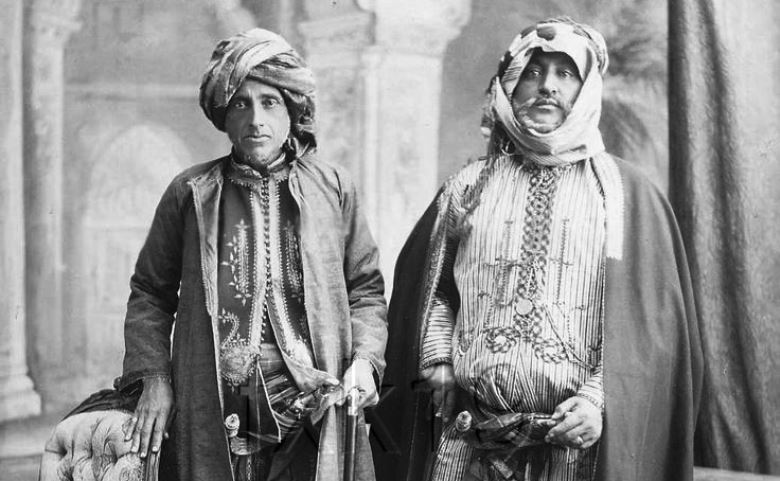 Sultan Sir ‘Ali ibn Ahmad al-‘Abdali, right, was a British suzerain with a British noble title who answered to the Viceroy of India

The Aden Movable Column set out the next day as temperatures soared to three digits on the Fahrenheit scale. Consisting of 350 half-trained Welsh Territorials (reservists) and perhaps five hundred Indian troops equipped with eight machine guns, six field guns, and four mountain guns, they marched north-by-northwest towards Lahej behind a flying squad of motorcars. Ill-adapted to the local climate, nearly three hundred of the Welshmen fell out from heat exhaustion along the 28-mile route, while the field guns were soon stuck in the sand. It was an ominous sign of things to come.

As the column struggled into Lahej in the late afternoon, most of its water and ammunition had disappeared along with their cameleers, some of whom were members of a rival tribe. Aware of the desertions, Brigadier General Charles Price, Resident (governor) of the British post in Aden, loaded down all seven Ford motorcars that were left in town with ice and dispatched them to relieve the column. Due to the lack of a proper road, however, the convoy got stuck in the sand just like the artillery. 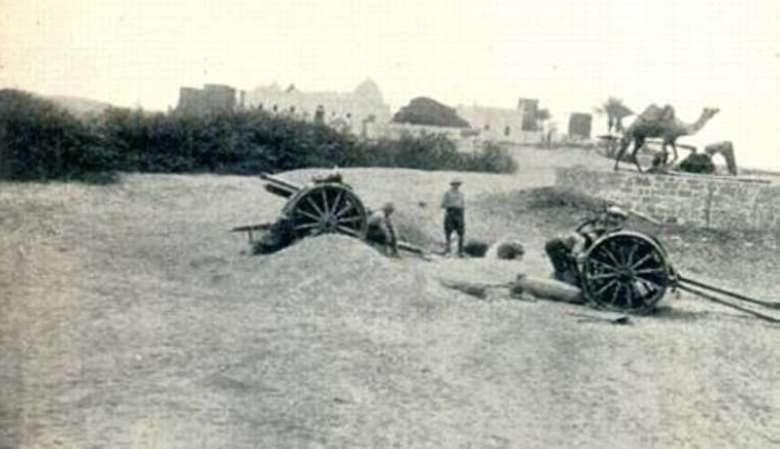 Nevertheless, the platoon-sized element in Lahej surprised the Turkish column when it arrived, even capturing its commander before the Ottomans rallied to lay siege to the town. Accounts of what happened next differ. When stragglers from Aden finally arrived at Lahej in the darkness, with a confused firefight already underway, the Sultan either came out to greet them, or stood on his balcony to point them towards the fighting; in any case, an unnamed, panicky soldier mistook the Sultan for the enemy, shooting and mortally wounding Britain’s suzerain. The demoralized Aden Movable Column then abandoned their position, retreating south.

Thanks to British warships offshore, Aden is well-protected from Turkish attack. But as Ottoman scouting parties advanced onto the isthmus, there was still panic, for General Price had positioned his guns facing the wrong direction. Requesting reinforcements, Price famously telegraphed London: “The Turks are on the golf course.” The Viceroy of India, Lord Henry Hardinge, has been so alarmed by Major General D.L.B. Shaw’s failures that he has ordered Major General Sir George Younghusband to redeploy to Aden from Egypt.

But other than limited operations to retake the town of Sheikh Uthman and the approaches to Aden, there will be no major British offensives or operations here. Frankly, the Crown Colony is too remote, and its real value too low, to justify a large force. Lahej itself will therefore remain in Ottoman hands until 1918. 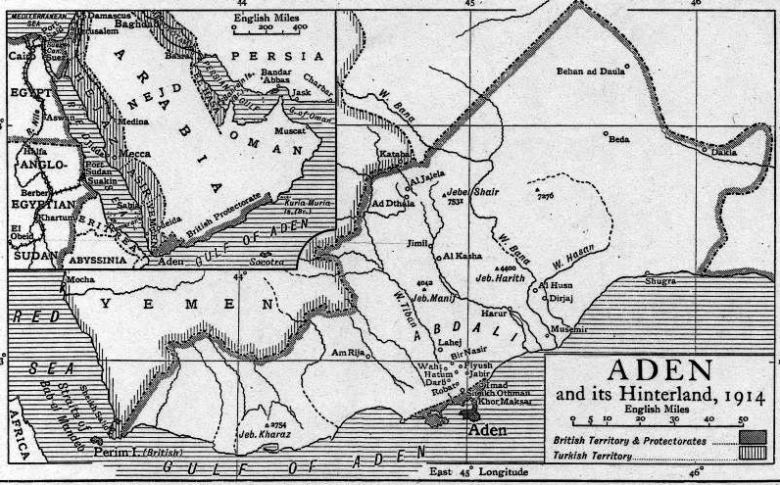 Divided by imperial influences as well as tribal rivalries, upon gaining independence Yemen will be torn into southern and northern sections along 19th Century lines, inaugurating a decades-long civil war that has yet to truly end