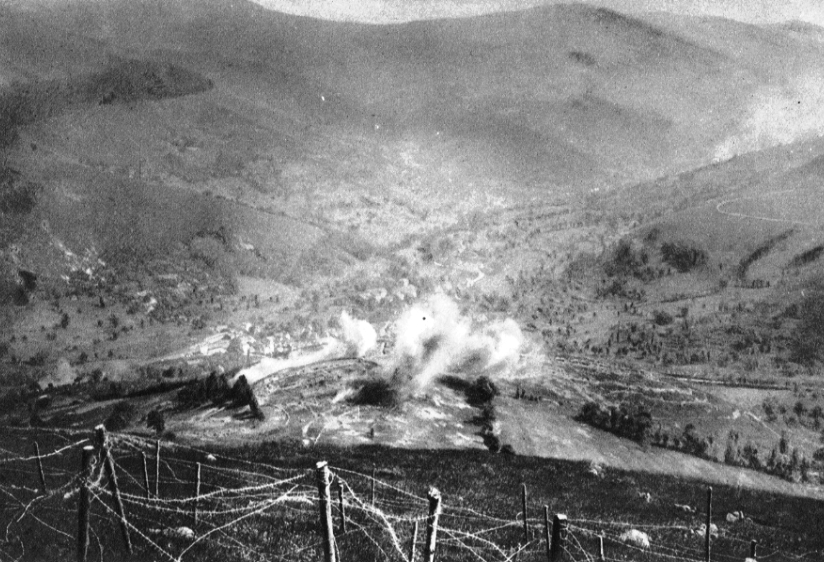 It is the third day of French attacks around Metzeral, an Alsatian village lying in the Fecht Valley of the Vosges Mountains. Less well-known than the Hartmannsweilerkopf, a peak twelve miles south that has seen heavy fighting, the mountaintops overlooking Munster from the north have been the scene of intense battles over the last two days as French supreme commander Joseph Joffre seeks to pin down German reserves during his offensive on Artois.

The weeks-long preparations for this diversionary offensive have included construction of a mile-high road to Mittlach, allowing heavy artillery guns to concentrate against the Braunkopf, the last mountain peak between the 7th Army and its objective. In fact, the above photo is taken at about a quarter after 4 PM today as those very guns start pounding the last German defenses on the Braunkopf. 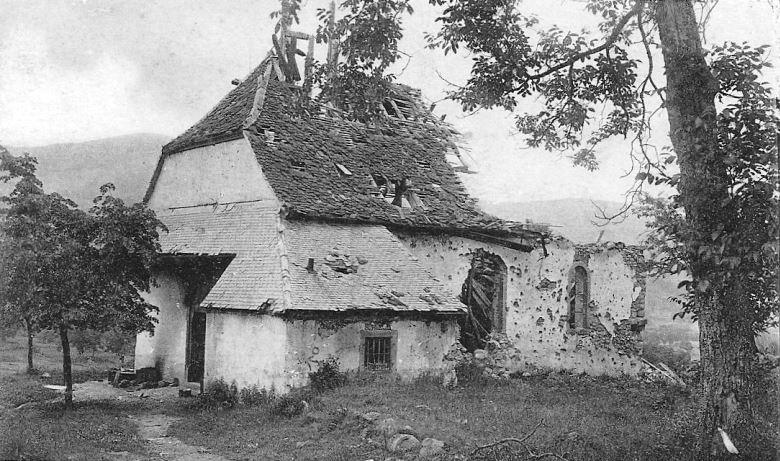 A devastated farmhouse at Metzeral. Buildings not destroyed by shellfire were burned by the retreating Germans today

The plan is deceptively simple: the 47th Division attack the Linge, a mountain peak a few miles northeast of Metzeral, to continue along the northern heights of the Munster Valley, while the 66th Division drives on the village aiming for the mountain known as Petit Ballon south of it. In execution, these bloody assaults have met with varied success, and of course they have been quite costly.

On June 14th, the Manhès company of the 7th Battallion, Chasseurs Alpins (light infantry) reached their objective atop the Hilsenfirst, a peak about five miles south by southeast of the village, only to find themselves isolated by the destruction of neighboring units. But rather than retreat or surrender, they fortified their position; low on ammunition, and supported only by occasional friendly artillery fire against the slopes of the mountain, they even resorted to loosening the largest stones and rolling them downhill at the ‘charging’ Germans. After holding out for three days against German counterattacks, the survivors are finally relieved today. 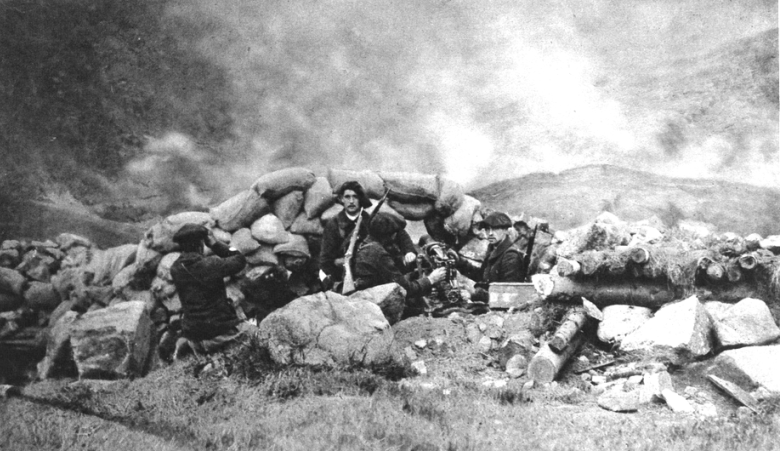 French Chasseurs Alpins turn a captured German machine gun against its makers near Metzeral. Note the parapet and shelter

This region of the Western Front is the last to take the shape by which we remember the Great War. The ground here is stony and the dirt is often shallow, limiting how deep men can dig with mere shovels. There is no continuous series of saps here; the now-shattered German defenses on the Braunkopf are semi-circular, for example, and do not link up to a network of trenches. Filled with corpses and torn to pieces by high explosives, the Braunkopf is now a charnel house in which grimly-determined men hunker against German shellfire.

It will take five more days of bitter fighting for the 66th Division to render the German hold on Metzeral untenable. Before leaving, the defenders set fire to the remaining structures, leaving a few machine gun teams to cover the retreat as Chasseurs Alpins enter the streets. As the battlefront passes towards Mulbach, there is hardly anything left of the town. 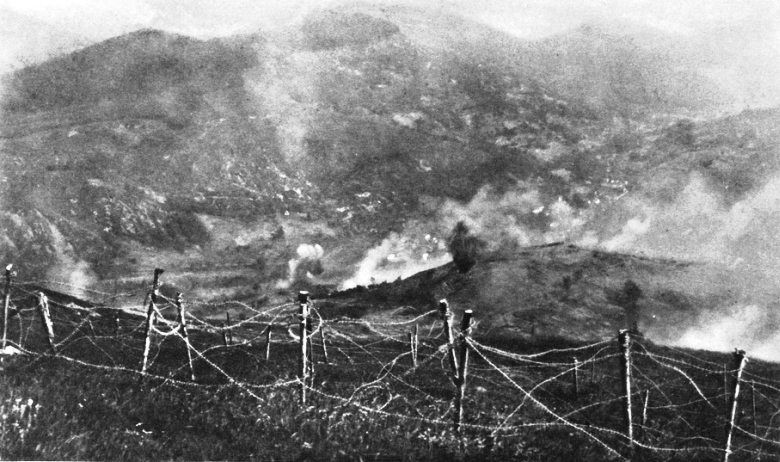