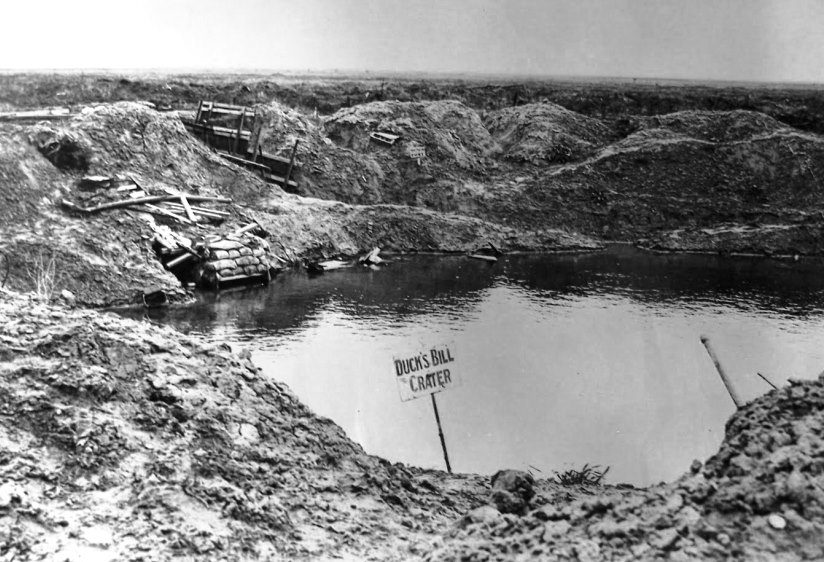 Two days ago, the men of the 1st Canadian Division finally traded in their Ross Rifles for Lee Enfields that are more reliable and easier to maintain in the dirty, chaotic conditions of trench warfare. Having covered their nation in glory during the month of May by defending Ypres and attacking at Festubert, today they form the right wing element of 4th Corps, First Army, along a front one thousand yards long between La Bassée Canal and the shattered town of Givenchy, a line which crosses the southwestern tip of Aubers Ridge. Directly across from them are the German 134th Saxon Infantry Regiment and the remains of the 40th, both units being part of the 14th Infantry Division.

Due to the continued shortage of high explosive shells, Sir John French, the British commander on the Western Front, has restricted the scope and objectives of offensive operations. Timed to coincide with another French thrust in the ongoing Second Battle of Artois, today’s attack is limited to a very narrow frontage north of the canal, and it is the first opportunity the Canadians have had to engage in the kind of meticulous training and preparation by which they will come to be known. 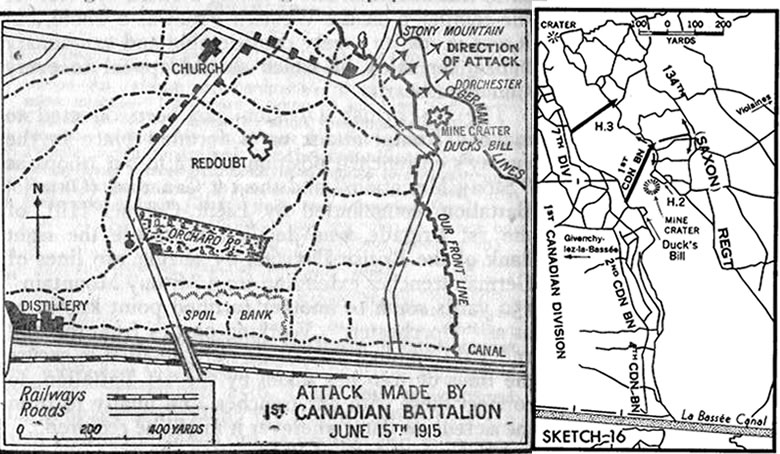 Two maps of the day’s battle. Note the disparate width of no man’s land in the sector: 500 yards at one end, just 75 yards at the other

The preparatory bombardment lasts thirty-six hours until 6 AM, when it intensifies for twelve full hours. General Sir Henry Edward Burstall, commander of the 1st Canadian Division, insists on complete destruction of the barbed wire obstacles in his front before the attack begins — a task made harder by German repair teams operating at night, delaying the full execution of the plan and exceeding the First Army’s ration of six shrapnel shells per yard of front.

Nor have the Canadians surrendered the darkness to their foe: last night, they rolled three 18-pounder field guns fitted with heavy armor shields and rubber wheels into no man’s land, siting two of them near the sandbagged parapet known as the Duck’s Bill and the other in a former farmhouse across from H.3, the site of a machine gun nest. Fifteen minutes before Zero Hour, the gunners near the Duck’s Bill begin firing over their open sights at the German parapet, but the third gun crew holds their fire for fear of hitting friendly troops in their forward saps.

Given a two-day warning, the Germans do not wait for the infantry to attack before their gunners respond. A steady rain of shells falls on their assembly trenches throughout the afternoon, killing many and putting both of the guns at the Duck’s Bill out of action. But they have done their job: the machine guns at H.2 are destroyed along with the parapet which protected them. 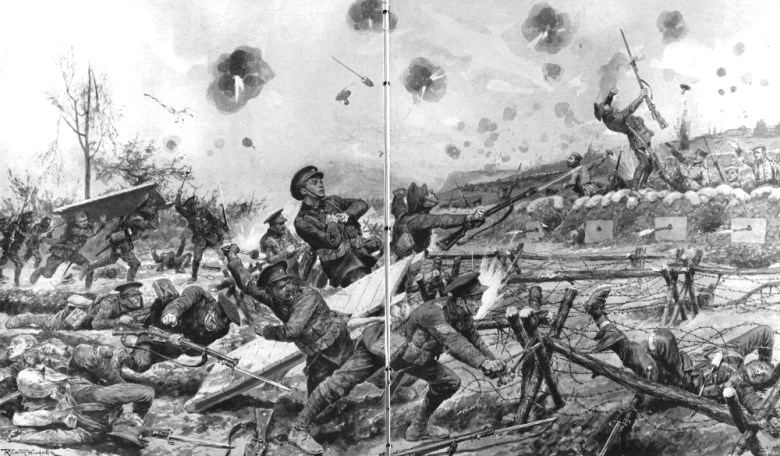 An artist’s impression of the King’s Liverpool Regiment of 4th Corps attacking today. Note the various means of dealing with wire

Finally, at two minutes before 6 PM the British 176th Tunneling Company detonates three thousand pounds of ammonal explosives they have buried as close under H.2 as they could manage to dig, given the low water table. It is not close enough, for the position is not destroyed. In fact, the detonation kills several Canadians and sets off ammunition in their positions. As the barrage shifts back from the German front line to block reinforcements, the Canadian infantry finally begins their assault.

But as the first wave takes the first German line, the fighting position at H.3 opens up with machine gun and rifle fire that reaches all the way to the Duck’s Bill, slaughtering the second and third and fourth waves while their counterattack begins to retake the lost trenches. At the end of the day tomorrow, after another attack on all three divisional fronts within 4th Corps, the Canadians have used up all of their artillery ammunition, suffered heavy casualties, and still not managed to take their objectives. They are particularly short on hand grenades, a necessary weapon for fighting one’s way along the kinks of a trench line.

On June 19th, the French end their offensive on Artois, and Sir John French orders the First Army to make no further attacks. The Canadians will be moved to a sector seventeen miles north of Givenchy, holding the area in a defensive posture until September. 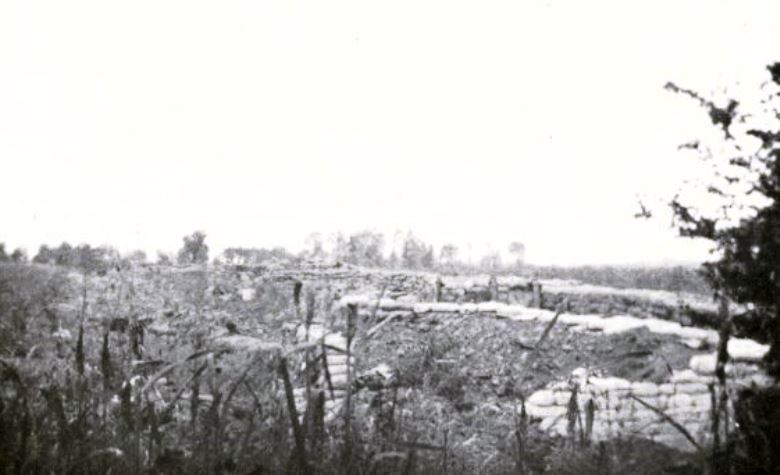 Support trenches near Givenchy. Note they are built-up, not dug-in, and therefore less prone to flooding