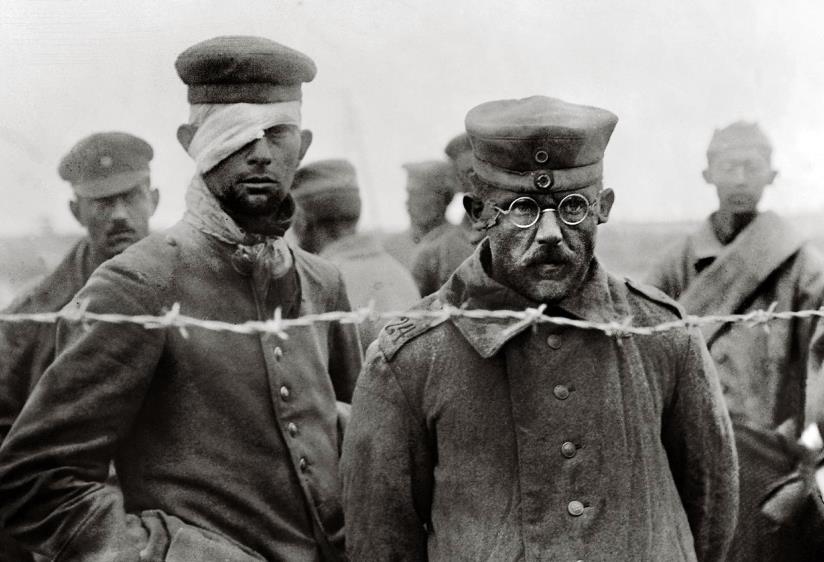 The last German resistance in Southwest Africa is crumbling. Today, troops from the Union of South Africa reach Tsumeb, releasing their fellow citizens imprisoned at the camp. Nearly two hundred are survivors of the disastrous fight at Sandfontein in September, when their Union Defense Force contingent was betrayed to German Schutztruppe commander Joachim von Heydebreck, who surrounded them with a superior force. Although they fought until thirst, exhaustion, and lack of ammunition forced their surrender, Heydebreck was generous, allowing the British to bury their dead alongside his own before marching off to their prison camp.

It was just one example of why rumors persist that Heydebreck’s noncombat death in November by a rifle grenade was not so accidental as supposed, but that he was ‘fragged’ by militant officers who favored his successor, Major Erich Victor Carl Franke. A hero of the colonial wars of tribal suppression a decade ago, Franke is indeed harsher than his deceased commander and more neglectful of his prisoners. With food, clothing, and supplies scarce, the prisoners of Sandfontein have wasted away, grown beards, and assumed haggard and haunted expressions. Malnourished, a few have already died of disease, dehydration, and exposure; all of their uniforms are mere rags. 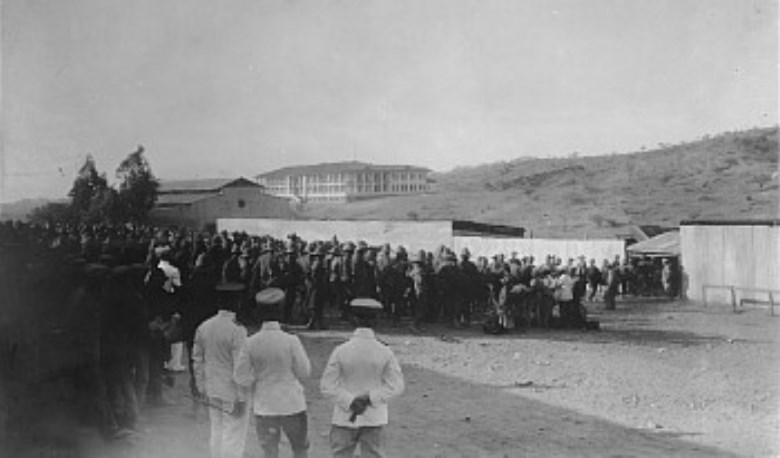 A propaganda photo of prisoners at Tsumeb. The Germans are wearing white uniforms. Note the shanties behind them

This episode is not unique, but neither is it the norm. Overall, the combatants in the Great War largely respect the rules to which they have agreed in international covenants, but there are exceptions, and prisoner treatment is not uniform across all theaters, between ranks, or even adjacent units. The Ottomans are notorious for shutting French, British, and Russian prisoners up in stifling conditions without fresh water, sanitation, soap, or proper food, producing high death rates; in service to the Turkish military, German General Liman von Sanders has threatened to shoot British officers unless they reveal British intentions at Gallipoli.

The Russians are just as notorious for the forty-three percent death rate suffered by Turkish prisoners, half of whom die en route to camps, but their efforts to treat Austro-Hungarian prisoners with comparative humanity are often undone by the sheer scale of the challenge. Having taken more than a million German and Hapsburg troops prisoner already, the Russian Empire is hard-pressed to feed, care, and clothe so many men. 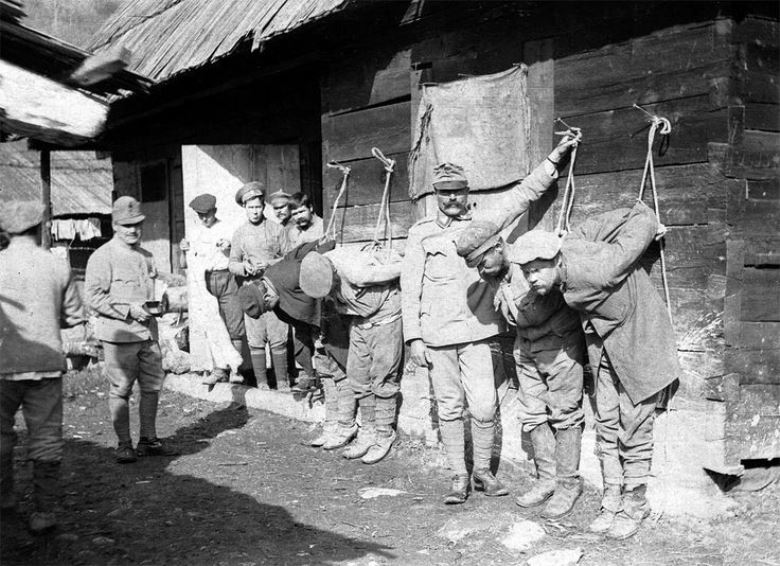 Of course, one solution is to put the prisoners to work farming and constructing and producing, which all combatants do if for no other reason than to keep their wards too busy to escape. And as food shortages bring hunger to Russian cities, it becomes extremely difficult to provide adequate nutrition for their prisoners, eventually killing one in four of them. That story is hardly unique to Russia, however.

The German Army currently leaves prisoner handling to its various army commands, each of which represents a home district where prisoners are concentrated and housed far behind the battlefield. The lack of a unified system or standards leads to disparate treatment: British prisoners held at one camp may be forced to labor for long hours in harsh conditions and eat bad food, while a British prisoner at a different location may only suffer from boredom. International attention to these inequities spurs some change after the first year, but by 1917, the biggest threat to German detainees will be the severe rationing of soap, food, and textiles made necessary by Britain’s wartime blockade of German commerce. 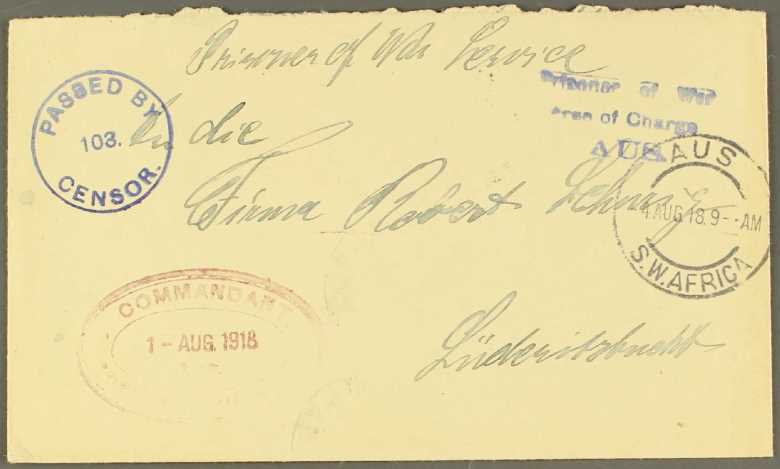 Of course, this being the age of propaganda, prisoners are also being photographed and recorded on film. There are as yet no international laws against the practice until 1929, when a new Geneva Convention bans recording prisoners for purposes of humiliation and abuse. But it is noteworthy how many allied photos of prisoners through 1915 feature French and Arab and Prussian cavalry in their fanciest garb escorting columns of grizzled enemy prisoners — a motif that not only speaks to the chauvinism of the age, but also to its anxieties, for the old world is being put in charge of the new one as if the people of 1915 want to reassure themselves that the war is not changing anything, after all.