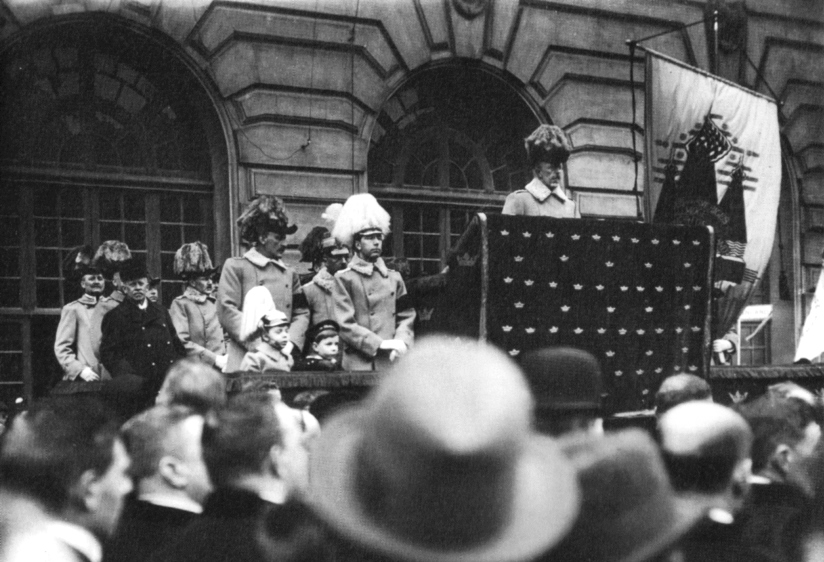 Neutrality is not synonymous with pacifism. Neutrality merely means that you have not chosen anyone else’s side in a certain conflict. Consider Switzerland, a neutral power now separating the Italian Front from the Western Front: conscription is general even today, and a century ago the nation was armed to the teeth under a state of emergency to enforce its neutrality. Or take Sweden: the above photograph of King Gustav V was taken during a speech opposing his own government’s cuts to naval armaments spending shortly before the Great War began.

A British commission arrives in Stockholm, Sweden today to meet the Swedish foreign minister and a national commission to discuss trade issues. In peacetime, such a conference would probably be uneventful and boring, but this one is taking place during wartime, and these longtime trade partners have serious disputes with major implications for the outcome of the conflict. Above all, Sweden wants to maintain her freedom to trade with Germany, while Britain wants to expand the allied blockade of German commerce to the Baltic Sea. As things stand, Sweden is a conduit through which Germany — a nation enjoying even longer-standing trade ties with the Swedes — is currently able to circumvent the allied blockade and import critical raw materials.

Like the United States, another neutral country increasingly at odds with the competing blockades of the Entente and Central Powers, Sweden is increasingly frustrated with efforts to impose restrictions on their import-export policy, and fears British submarines passing through their waters to reach German shipping. But whereas anti-German sentiment is growing in the United States, pro-German sentiment is strong in Swedish government, society, business ties, and the military. Last month, a German proposal of military alliance drew King Gustav’s interest, though it came to nothing with his government. And lately, British blockade ships have been seizing mail bound for neutral countries, justifying the measure as a means to keep the Central Powers from communicating via the neutrals.

Germany has iron, but not enough coal. The German government has nevertheless been able to import plenty of it through Sweden, which buys it from Britain. Rich in coal, the British lack native iron mines, and consequently depend on Sweden for much of the steel in their battleships. Coal-poor, Sweden has imported a great excess of it from Britain since the war began — far too much to justify as a stockpile against wartime emergency. As Lloyd George calls on the miners of Great Britain to redouble their output for the war effort, Germany has already imported millions of tons of British coal since London declared war. In fact, German coal trucks are still appearing on British railroads, and British ones on German rails, by way of passing through Sweden. Similarly, Sweden has doubled imports of American cotton, a surplus which also ends up to the Kaiser’s advantage in ammunition wadding and uniforms. 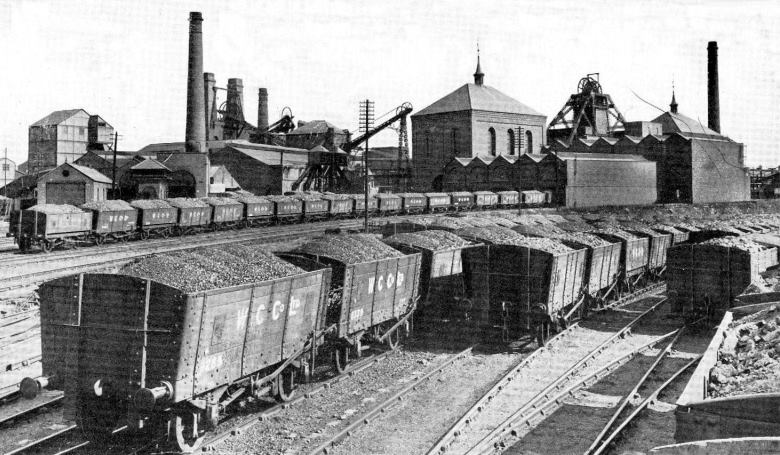 A colliery at Wearside, England, and trucks of coal. In July 1915, Sweden is still selling Germany British coal and American cotton

As these complex issues continue to fester, their resolutions are becoming increasingly confrontational. Sweden is also a primary route for Britain and France to trade with their Russian allies, and Sweden is unafraid to use this to their advantage. The mere threat of cutting off mail and goods between Britain and Russia, with a commensurate embargo of wood pulp for paper in Britain, has already been enough to make London cease demanding that Sweden stop exporting lard to Germany. British Foreign Secretary Sir Edward Grey, whose office actually supervises the blockade, relents again and again on this basis. In fact, the disastrous Gallipoli campaign is intended to secure a new route to Russia, and the failure of that offensive will leave Sweden in an even more advantageous position.

Much to Britain’s displeasure, Sweden is also providing Germany with a ready means of diplomatic correspondence to the United States through their undersea cables. Known as ‘the Swedish roundabout,’ this route is less secure than Sweden supposes, and so are German diplomatic ciphers. Sweden’s cables make landfall at Porthcurno, a town on the tip of the Cornwall Peninsula, where the signals are amplified to carry over the longest leg of their journey. Room 40, the famous signals intelligence department at the Admiralty in Whitehall, has already surveilled and decrypted this German diplomatic traffic for almost ten months without bothering to inform the Swedes. But we should not feel too sorry for them, as a cell in the Swedish General Staff is simultaneously helping Germany spy on the diplomatic telegrams of Russia, their ancient rival in the Baltic.

Deciding the intelligence value of deciphered cables outweighs the practical value of cutting off German diplomatic traffic, Whitehall’s protests against the ‘Swedish roundabout’ eventually recede. The negotiations today change little regarding that issue or any of the others, and unilateral measures begin to mount as the diplomatic process is abandoned in November. In August, the Privy Council of Great Britain finally puts American cotton on the contraband list, hitting American exporters hard; it is the beginning of a new blockade policy which limits imports of key raw materials by neutral countries, including Sweden, to levels deemed sufficient for domestic use. It will take into 1917 for controls on coal to fully kick in, but they will come. 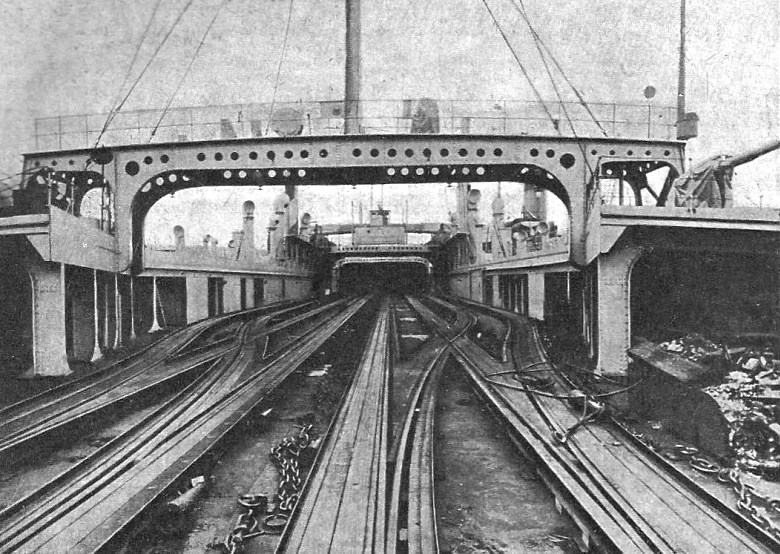 A coal transport ship of the era. Note the rails leading right into the cargo space; this is an early form of container shipping