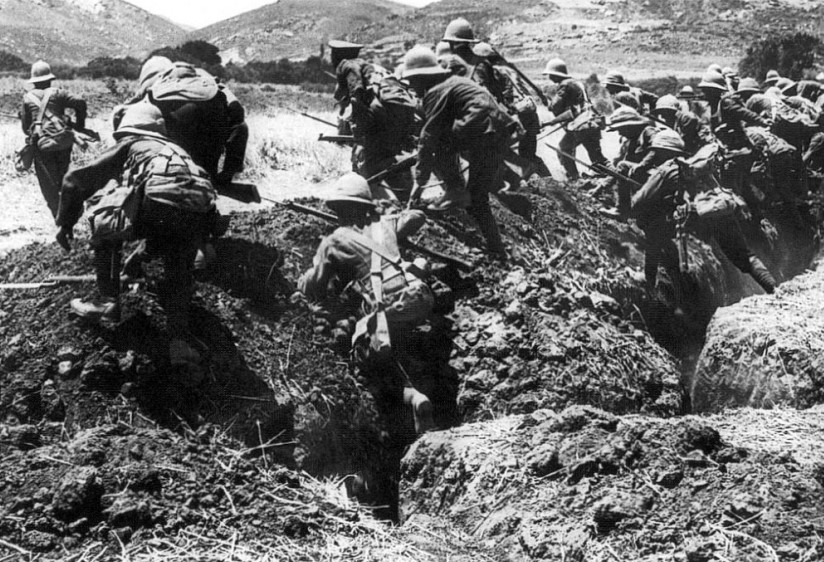 On the fortieth day since allied troops landed in force at the tip of the Gallipoli Peninsula, Sir Ian Hamilton’s command makes their third attempt to achieve the objectives he had planned for the first day of landings. One measure of the fiasco unfolding at the edge of Europe is that the very first landings three months ago were thinly opposed, and against those defenses Hamilton might very well have won his objectives quickly. By the time his government made up its mind to send Hamilton to the Aegean Sea, however, the delay caused by a lack of consensus in the British war cabinet for joint military operations had already opened a strategic gap that the Turkish military government filled with men and guns and barbed wire.

Both sides are finding this campaign a brutal affair, taking heavy losses in the attack. Poor allied planning has led to futile probes and disastrous attacks against an unexpectedly stout foe. Chauvinism has been compounded by material deficits, for during today’s attack there are only 78 guns of any kind to provide artillery support, and they lack ammunition to spare. Despite an innovative feint intended to trick the Turks into exposing themselves to another barrage, there is simply not enough weight of fire available to advance as far as Hamilton wants. 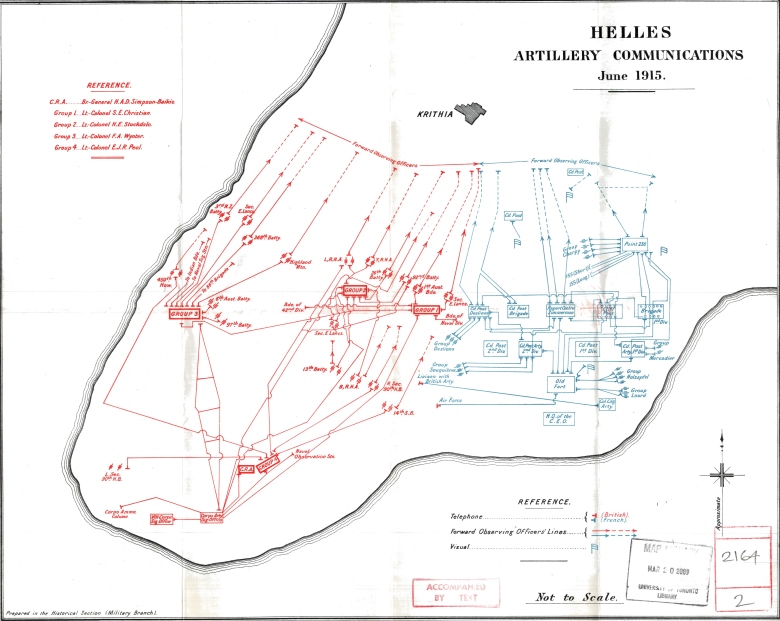 An operations map for a deceptively simple battle plan. Click here to see the full-size version

One big reason for the absence of supporting fire is the withdrawal of the British battleship Queen Elizabeth after a German U-boat recently sank the HMS Triumph. This asymmetric threat has forced the remaining, older, less-powerful ships to steam at 12 knots as they fire, with a corresponding reduction in accuracy while they seek to avoid torpedoes. Ironically, it was the allies’ attempt to conquer the Dardanelles Strait solely through naval power which has opened the strategic gap Hamilton’s force cannot now overcome; their naval advantage is nullified for fear of handing the Central Powers an expensive coup.

We should not mistake today’s assault as unimaginative, either, for the allies are demonstrating a learning curve today. Lieutenant-General Sir Aylmer Gould Hunter-Weston’s 29th Division and its French allies have very limited objectives, and the Royal Naval Division is to be supported by its armored cars driving up the spur of a mountain. This represents another earnest attempt to adapt the cutting edge of military technology to the conditions of the campaign, but it fails, for their Rolls Royce chassis are underpowered and weighted down with heavy armor. Effective on roads, they prove a non-factor off road, for while the 2nd Brigade easily captures its objective, the succeeding advance of the Collingwood Battalion is met with such a murderous fire that the unit is never re-formed. The RND finds their new position impossible to defend and falls back to their original line.

Caught by machine guns while ascending a ravine, the 14th Battalion of King George’s Own Ferozepore Sikhs Regiment is rendered combat ineffective with 77% casualties. The Manchester Brigade of the 42nd Division advances beyond its objectives and captures more than two hundred prisoners, but the French are exhausted, and by the late afternoon Hunter-Weston is ordering men to dig in again. Turkish counterattacks force withdrawal from much of the conquered ground. By the end of the day, Hamilton’s command has pushed only a few hundred feet forward at the cost of 6,500 casualties — roughly a fifth of his force. Less than half as many Turks have been killed, wounded, or captured. Insufficient artillery support deserves most of the blame for this big, disastrous push. 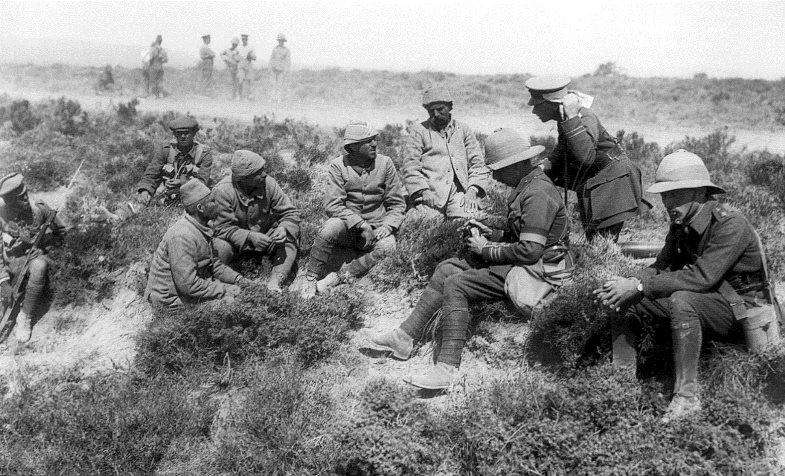 Thousands of miles away near Liverpool today, the new Minister of Munitions David Lloyd George addresses a large and eager gathering of engineers, businessmen, and other citizens at the Town Hall. Recently wracked by anti-German violence, the community moves quickly to transform negative energy into positive production. At the end of the meeting, the Lord Mayor of Liverpool sends for his infrastructure team and moves to install a capable Council leader as secretary of a Liverpool Munitions of War Committee. A consensus quickly forms around converting a shop floor on Lambeth Road into a shell factory, a process that begins in seventeen days and ends with the first delivery and approval of an 18-pounder shell in October.

It has taken time for the combatants of the Great War to convert their economies to the demands of a war of attrition. The British government is claiming heretofore unheralded powers in order to meet the manpower challenge created by the desperate struggle to supply the millions of shells that will be necessary to fight and win the Great War. Intervening in labor disputes for the first time, abandoning laissez-faire contracting habits, and modernizing regulations — these trends have built up for months, but a public scandal over continued delays in munitions production increases has shaken up the Asquith cabinet, precipitating Lloyd George’s appointment. Just days away from the formal inauguration of his new independent cabinet department, his big push is on. 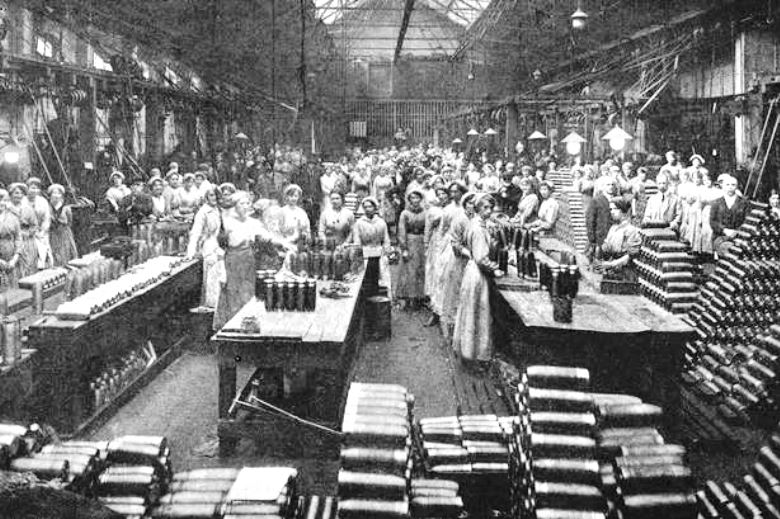