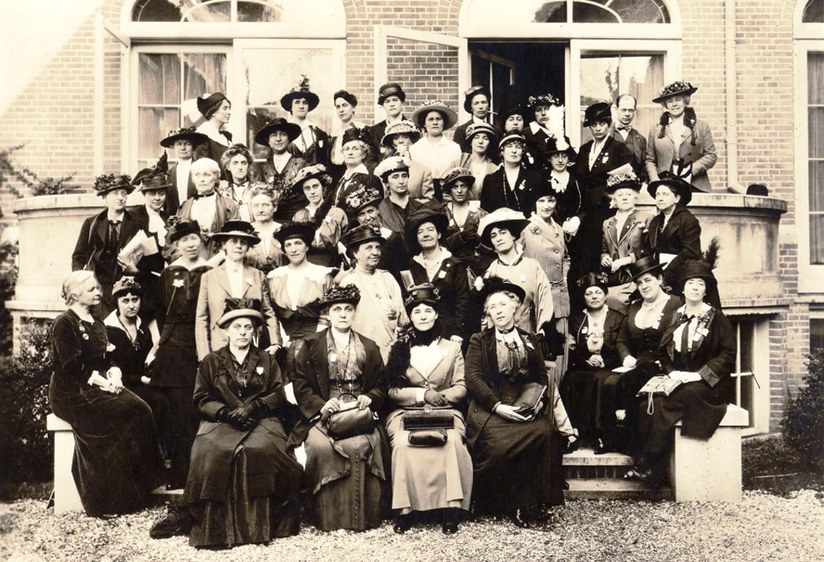 A friend and colleague of Jane Addams, the Chicago-based peace activist who recently chaired the Women’s Peace Congress, Louis Lochner was already the Secretary of the Chicago Peace Party (CPP) when he was asked to serve in the same capacity for her mission to the neutral Netherlands. Standing in the upper-right corner of the above photograph, Lochner was a lone male among the American delegation to the Women’s Peace Congress at The Hague, which ended a month ago.

Reflecting the WPC’s decision to have a representative detachment of thirty women meet with all the combatant governments to lobby for an end to the Great War, today Lochner pens a letter to the President of the United States arguing that Germany is not at all the militaristic leviathan being portrayed in the media.

The impression which seems to prevail in this country is that Germany is absolutely united in the present war. However true that may have been in the beginning, I certainly found many voices raised in favor of an early peace, and also found many evidences of a determined campaign to rid the country of militarism through the German people themselves.

In the first place, it is an open secret that there is a rift between the foreign office and the general staff. The Lusitania tragedy, for instance, was conceived by Admiral von Terpitz (sic) against the advice of the foreign office, as was also, I have every reason to believe, the reply to the American protest.

Factually, Lochner is wrong: Admiral Tirpitz had no role in the sinking of the Lusitania six days after the WPC concluded. Lochner has also confused the German Foreign Secretary’s office, which does not question the Kaiser’s policy of unrestricted U-boat warfare, with the imperial ambassador to the United States, Johann Heinrich von Bernstorff, who does publicly oppose his country’s submarine blockade but is simultaneously mired up to his eyeballs in clandestine plots against his host country. While Lochner is correct that Germany is not a monolith, he is quite naive to think that antiwar forces have any actual power in Berlin. 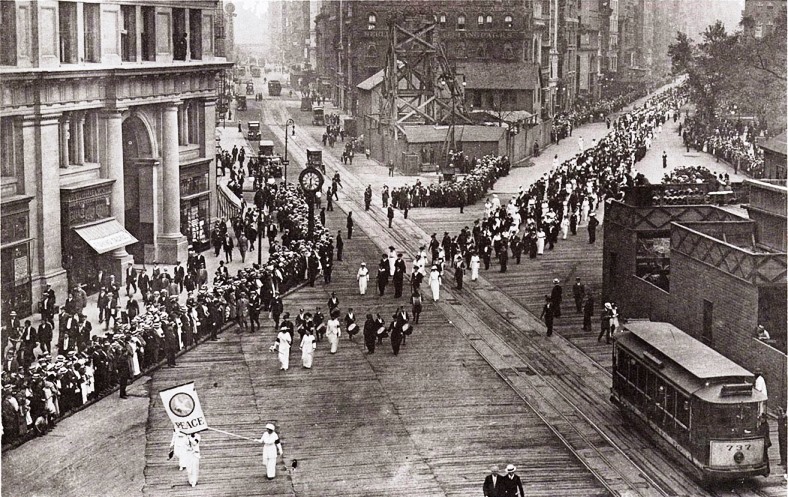 The 19 August 1914 peace march on Fifth Avenue, Manhattan was marked by surprising diversity, but suffragist Carrie Chapman Catt remarked afterwards: “If anybody thinks that a thousand, or a million, women marching through New York or talking about peace in the abstract will have any effect on the situation in Europe, it is because they don’t know the situation in Europe”

Just consider the authority whom Lochner cites in arguing that Socialist minister Karl Liebknecht is on the verge of a parliamentary takeover:

Another faction that is out of sympathy with the military regime that now has the upper hand, is the Socialist Party. Eduard Bernstein, a member of the Reichstag and leader of the Socialists, told me that if Karl Liebknescht (sic) were to come up for re-election at this time, he would be returned by at least a three-fourths majority. Bernstein further added that, if further appropriations were to be voted by the Reichstag for the war, he for one would support Liebknescht (sic), as would probably a number of other Socialists. Even those who would not have the courage to stand up and be counted as against additional appropriations, he said, were at heart against the military. I have an exceedingly interesting manuscript by Mr. Bernstein — written in German — which gives the position of the German Socialists at the present time. I shall be glad to send you a copy or translation if you think it worth while. Mr. Bernstein is now bending all his efforts towards an understanding with the French Socialists, and told me confidentially that the foreign office had approached Liebknescht (sic) and asked him to bring about a French-German understanding between the working people of both countries, so that the way might be paved for peace.

Already unpopular among socialists for his rejection of Marx’s Hegelian metaphysics, Bernstein will openly turn against the war in July, convincing a faction of the Social Democratic Party (SPD) to vote with him against further debt issues for the war effort in December, thus picking a fight with his party leadership that he will inevitably lose. Starting their own Independent Socialist Party of Germany (Unabhängige Sozialdemokratische Partei Deutschlands, or USPD) in competition with the SPD thereafter, Bernstein and his fellow pacifists shall remain marginalized for the remainder of the conflict — and be an utter non-factor in the eventual peace. 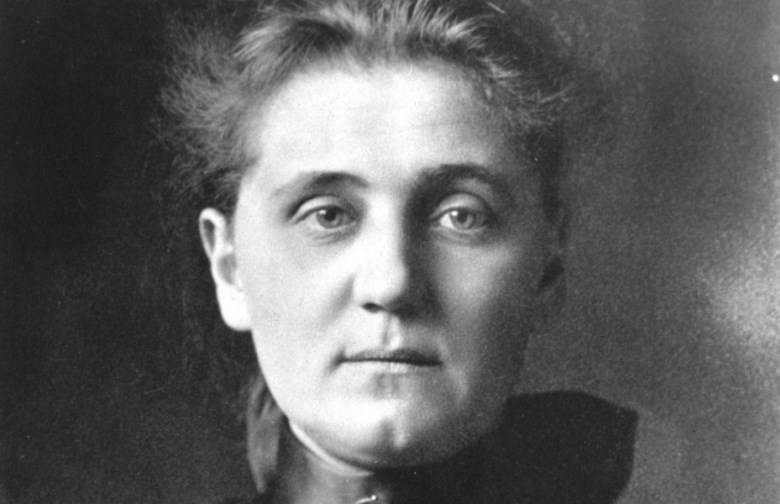 Jane Addams will continue to lobby President Woodrow Wilson, who will incorporate several of her ideas about international institutions into his postwar peace efforts. Addams will go on to co-found the American Civil Liberties Union in 1920

In his letter to President Wilson, Lochner also highlights civil society activities within Germany that have no bearing on the eventual Armistice. When peace does finally come to Berlin, neither socialist nor democrat nor pacifist will be responsible. Instead, the Kaiser’s abdication will follow a revolt within his Navy, for neither starvation nor exhaustion will ever cast the German ‘war party’ out of power, and only the strategic collapse of Germany’s allies will finally force the General Staff to capitulate. Yet Lochner holds out hope that German ‘public opinion’ will somehow coalesce against war if only Americans would do a better job of explaining themselves: 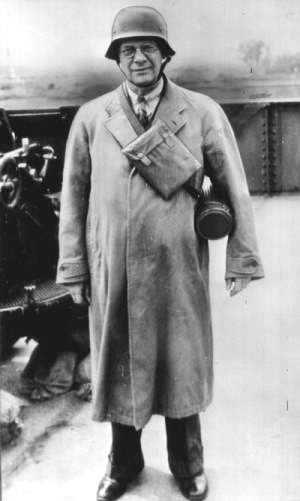 A fourth group are the rank and file whom you meet in the trains and on the cars. I always made it a point to travel in a third-class coupe, so that I might get close to the people. As I am of German extraction — though neutral — I speak German as readily as I do English, and was thus in a position to talk to many Germans without disclosing my American identity. However blatant the censored press, however “patriotic” German people when in large gatherings, speak to them alone and they wish nothing more than that the accursed war might soon stop. I find that people are entirely in the dark as to the American viewpoint or the contentions of the Allies. How the Americans can furnish arms to the Allies without also furnishing them to the Germans is a mystery to them, which, of course, the press has taken no trouble to explain. The rank and file are also absolutely convinced that the Russians broke into Germany before the Germans, “in self-defense,” went into Belgium.

For a fleeting moment, Lochner seems to admit that Germans are captive to an authoritarian state, and lack the information necessary to understand why their country has become so hated, or to make a just and lasting peace with their enemies. But in the very next passage, Lochner indulges that same delusional, one-sided fantasy of peace on Germany’s terms:

A further division with the Empire is that over the question of the future of Belgium. The war party maintains that Belgium must be permanently annexed. But the foreign office and sane people generally see the greatest possible danger to Germany in such contemplated action, should it be possible from a military point of view. I wish in this connection especially to report an interview with Dr. Hans Delbruck. He said to me —

“If you have any opportunity to communicate with the President directly, please tell him that, if he will stop the shipment of munitions of war to the Allies, I and those of like thought with me will pledge ourselves to see to it that Belgium is evacuated and the war stopped, with the understanding, however, that England will compensate us for the evacuation of Belgium (a thing I have reason to believe England will gladly do) through the offer, possibly, of a strip of land in Africa.”

Acting on the assumption that this was more or less of a “feeler” on the part of Dr. Delbruck, I take it that this represents maximum terms rather than minimum, and that Germany will in any event be glad to leave Belgium, provided some means be found to call a halt to military operations on the part of the Allies.

Hans Delbrück is a military historian and critic of current German war doctrines, but he holds no public offices. Bund Neues Vaterland, a pacifist human rights organization that Delbrück formed in December, will be suppressed in 1916. That even such a daringly outspoken and studied person would still propose the allies unilaterally disarm and cease-fire in hopes of inspiring German reciprocity speaks volumes about why none of Lochner’s efforts will bear any fruit.

Decades later, a much wiser Lochner will win accolades reporting from Europe for the Associated Press and write a successful book warning of “the fascist menace.”